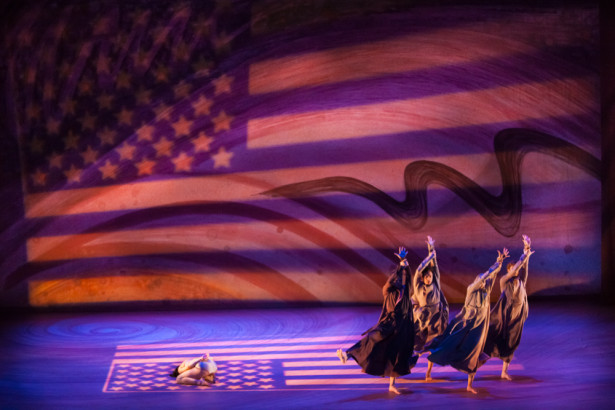 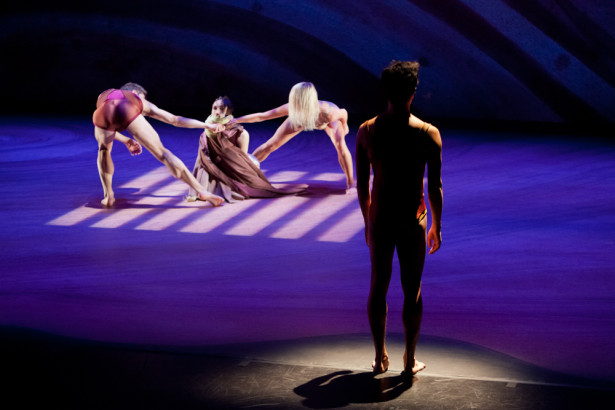 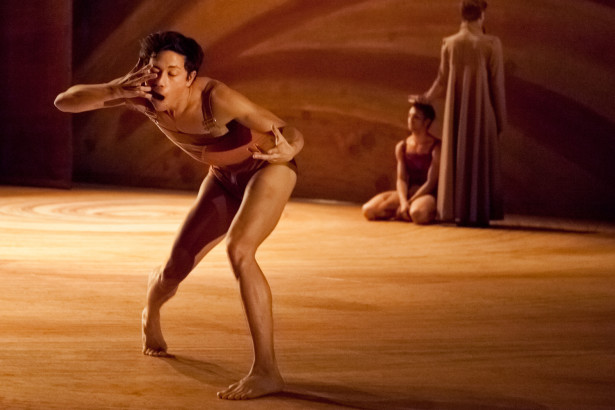 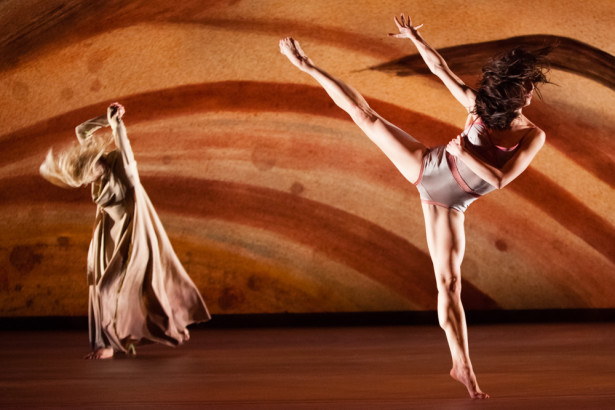 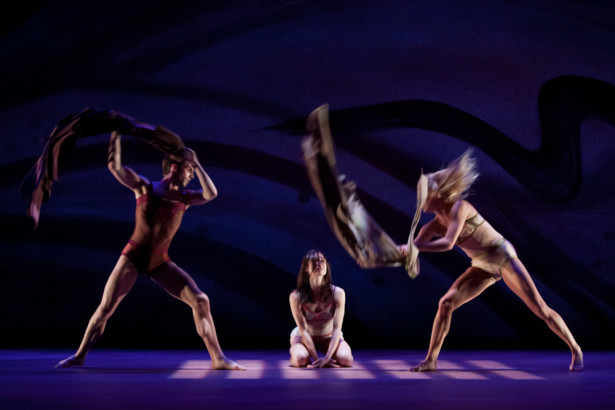 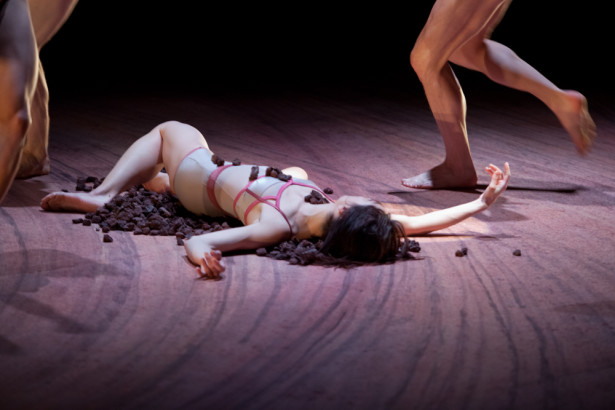 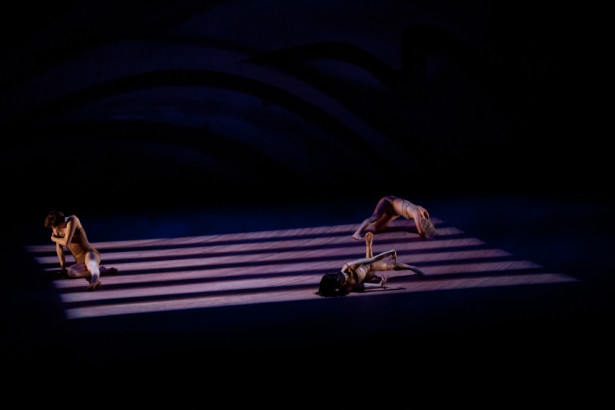 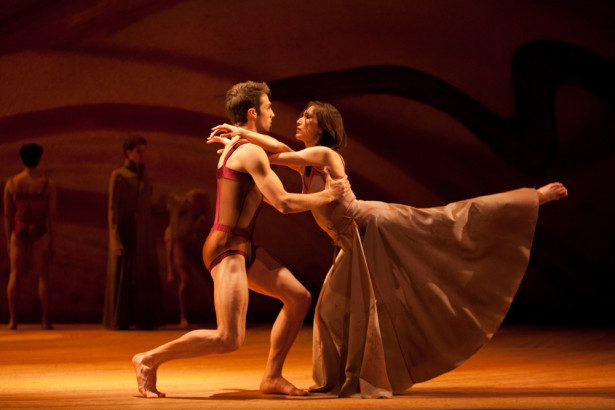 An exploration of the primitive human tendency to righteous cruelty.
The movement, dramatic and unfamiliar, generated directly out of the narrative and its extreme, conflicted emotions. Death by stoning as a powerful image to help us recognize that, if we are part of a society which endorses capital punishment, we must acknowledge responsibility—whether we literally hurl the fatal rock or not.

thrOwn unfolds in three parts:
• Opening sequence— a married woman in a highly traditional society caught in adultery, arrested, and thrown in prison.
• Middle section—widening out the context, away from immediate story. Grotesque depictions of the various ways our own modern society puts people to death in the name of justice. The question: “What is just punishment?”
• Final section—return to the original story. The harrowing fate of the convicted woman played out, as she is sentenced to be flogged while her son watches, and to death by stoning.

In thrOwn, the protagonist is the only role that remains constant. The characters of the other dancers change throughout the piece, as they become in turn mother, husband, lover, son; comforter, accuser, jailor, executioner.

“thrOwn” addresses social transgression and punishment, and is the weightiest and most somber piece on the program.

The whole thing is framed by Steve Jensen’s stunning sets; a huge swirl sweeps across the floor and the burnt orange hues evoke a dusty desert land, totally immersing the audience in this microcosm of drama.