Embark on a journey of wonderment, taming, and exploring what is visible only to the heart. Delight in richly layered and allusive choreography, original composition, and surrealist aesthetic in the spirit of the Belgian painter René Magritte. Rekindle lost innocence in this reimagined rendering of Antoine de St Exupéry’s universal parable. 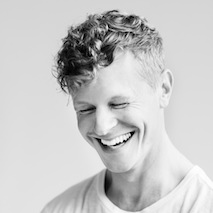 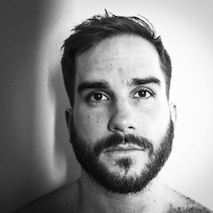 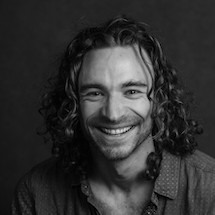 This Is Not The Little Prince. A title that encapsulates two major sources of inspiration: Surrealism and Le Petit Prince. “Ceci n’est pas une pipe” ([This is not a pipe] also known as “La trahison des images” [The Treachery of Images]) was created by Belgian painter René Magritte in 1929 in the aftermath of the civilization-shattering conflict of World War I and is one of Surrealism’s iconic images, which “challenges the linguistic convention of identifying an image of something as the thing itself.”* Like the relation of the pipe in the painting “Ceci n’est pas une pipe” to an actual physical pipe, the dance creation This Is Not The Little Prince is not a literal embodiment of Antoine de Saint-Exupéry’s famous tale, but has an oblique and complex relation to the original. Certain themes (traveling, exile, the wise child, grownups’ bureaucratic abstractions, the particularity of love), as well as the main characters and plot threads, arise from the story. But the piece is not conceived as an adaptation. Rather it is a double exploration of Saint-Exupéry’s life and of his most famous and elusive book.

*An article on the website of Los Angeles County Museum of Art (source of the above quote) notes that the work is “highly paradoxical” and impels the viewer “to ponder its conflicting messages.” Choreographer Olivier Wevers says of Surrealism: “It triggers my imagination. Its paintings, especially those of Magritte, are poetic metaphors. I love the puzzles Surrealism creates for me to decipher. You can continue to find layer after layer of hidden messages. It is its own language full of colors and meaning that is more universal than words, similar to dance.” Surrealism, with its unexpected juxtapositions, non-sequiturs and appeal to the subconscious, doesn’t expect its meaning to be transparent, but tries, through often whimsical indirection and misdirection, to get at deeper, less obvious insights.

Like Surrealism, The Little Prince of Saint-Exupéry, written during World War II (1943), was an attempt to come to terms with a highly troubled moment in history. Self-exiled to the US, out of sync with political events in France, Saint-Exupéry was still deeply concerned about the direction of his beloved country. Hoping to turn people away from dangerous and misguided political quarrels, he dedicated The Little Prince to a writer, art critic, and close confidant with a taste like his own for the surreal:

I ask the indulgence of the children who may read this book for dedicating it to a grown-up. I have a serious reason: he is the best friend I have in the world. I have another reason: this grown-up understands everything, even books about children. I have a third reason: he lives in France where he is hungry and cold. He needs cheering up. If all these reasons are not enough, I will dedicate the book to the child from whom this grown-up grew. All grown-ups were once children—although few of them remember it. And so I correct my dedication:

TO LEON WERTH
WHEN HE WAS A LITTLE BOY

Writer Adam Gopnik calls Saint-Exupéry’s story “a fable, in which the central emotions of conflict—isolation, fear, and uncertainty—are alleviated only by intimate speech and love…” And by the imagination. Olivier Wevers says of the book: “The Little Prince represents my entire belief in creativity and the loss of openness as you grow older. The purest form of creativity is in us when we are born, then it slowly shrivels and gets extinguished. That pure creativity is what makes us more open and accepting. As we get older, we become more closed off and more committed to conventional thought. Accepting what we are told by the society we grew up in establishes walls of intolerance around us.” The aim of ‘This Is Not The Little Prince’ is to open viewers, in our own trying times, to such deceptively simple truths as might be uttered by the child in The Emperor’s New Clothes or The Little Prince himself.

Magritte and Saint-Exupéry both tried to re-access basic human connections and positive emotions by breaking loose from the narrow, rule-bound dead ends of bourgeois life that many felt had contributed to the twentieth-century implosions of civilization. Our own discordant era—of blinded anger, over-simplified abstraction, and self-righteousness, fueled by misapprehensions, failure of community, and outright lies—feeds a similar deep yearning for subtlety, nuance, and modes of artistic expression that can go back beyond societal friction to the sources of human commonality. Frameworks of comforting past world views and beliefs are cracking everywhere—regardless of our political orientation. At the same time, we are beset by persistent efforts to restore imagined past idylls via physical boundaries. Right now, we have a powerful need to look at things anew, through a child’s—or an iconoclastic artist’s—eyes.

This film was created and filmed following strict adherence to the CDC
and WHO guidelines for physical distancing and safety protocols.
Read Whim WHim Covid-19 policies and procedures for rehearsals.

Want unlimited access to all
of our content including
THIS IS NOT
THE LITTLE PRINCE?
Check out our unlimited
membership options