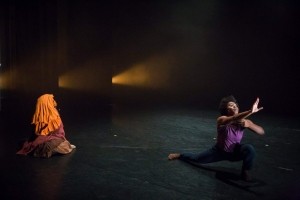 Ashley Green smiles when she talks of “a strange love affair, me and dance” that has lasted her whole life. “It was meant to be.” In the first week of March, just before the country closed down, Ashley tried out for Whim W’Him in New York City. She loved the audition “because it was so precise—there was so much detail, you knew what you were aiming for.” Six weeks later, on April 24, Ashley graduated from Point Park University with B.A. and a modern dance major. She then returned home to Charleston, SC, where she stayed until, having been invited to join the company, she came out to Seattle late this summer.