Loni Landon, one of the three choreographers of Whim W’Him‘s upcoming THREEFOLD program, has keen preferences and intentions. She expects the audience to do their own work of interpretation: there are no predetermined meanings in her piece. Within the dance, each movement or combination needs to grow, as if organically, out of the one before. The dancers must be direct and human and real, stripped of the ways they naturally smooth out or ornament their movement. Energy is to be nurtured, built on, not allowed to dissipate. Loni possesses a strong sense of theatricality too, wanting sound and movement to combine to give shape to each little scene with its specific forms and textures. And she seeks out small, intense moments that will heighten the experience of the piece for dancer and viewer alike. 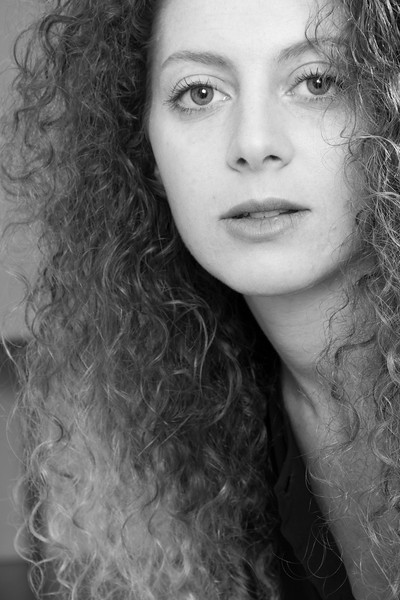 Sound designer Dylan f Ward, who is collaborating with Loni to provide the aural context for her new piece, has this to say about how she operates: “Loni’s mind seems to work like a dust bunny, a bit or a fragment floating free and collecting disparate flakes and fuzz. I’ve been trying to accommodate this by just sending her every idea or notion that I have and writing down what she likes and dislikes. The list is full of what I’m using as restrictions in making the work, such as ‘not sentimental, D minor, subtle shifts, loops, cinema…’ To be sure, I’m scoring the work musically, but Loni has requested that the sound very specifically be non-diegetic

[not a part of the action]—from a different world than the dancers. it is like a film in that way; the dancers don’t seem to ‘hear’ the sound, it is just for the audience, and the dance moves may not sync exactly. The sound is not a character in this piece, it is more like an abstract set piece or special lighting. In terms of making it, I am making a lot of music into music that sounds completely different.” 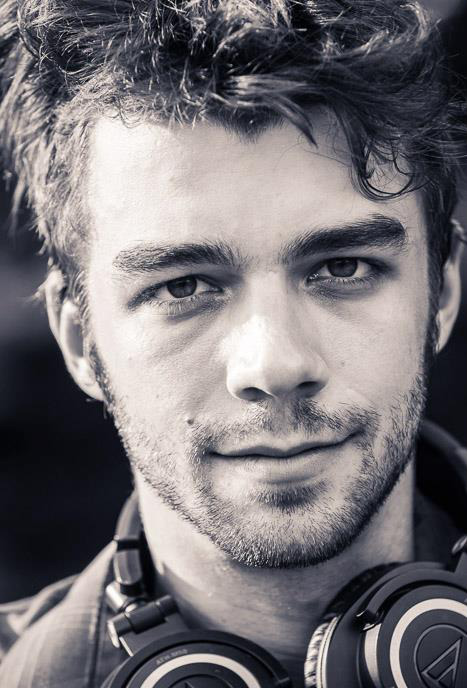 This is a dance-inventing process very different from what Whim W’Him has experienced before—more interactive and less overtly directed than usual, but at the same time very much the brainchild of choreographer Loni and subject to her shaping and ultimate say-so. It’s almost as though, in thinking aloud in the studio, she is willing the dancers, like the sound designer, to join her in her mind, inside of her first person self. Or as if she’s trying to inoculate them with an immediate and visceral sense of what she is after, so they can create it both with her and out of themselves.

Making her new piece, a trio for Jim Kent, Justin Reiter and Mia Monteabaro, begins with material the dancers and Loni develop in improv exercises she sets. On the first day of rehearsal, with the whole company, she asks them to do a series of movements— over/under/ slide through/freeze. “I’m really open,” she says. “This is just for me to see how you move. Start with 3 or 4 people. You can bump people out, decide when you want to move, leave, go in.” And so it continues with changes of pace, “Start really slowly this time,” and injunctions about quality and quantity of movement, “Use each other.
This is about how to use the space—more space! Try to use the whole space.”
It is also about using the whole body. Different parts of the body are invoked. In pairs, one dancer names a body part and the other features it in movement. 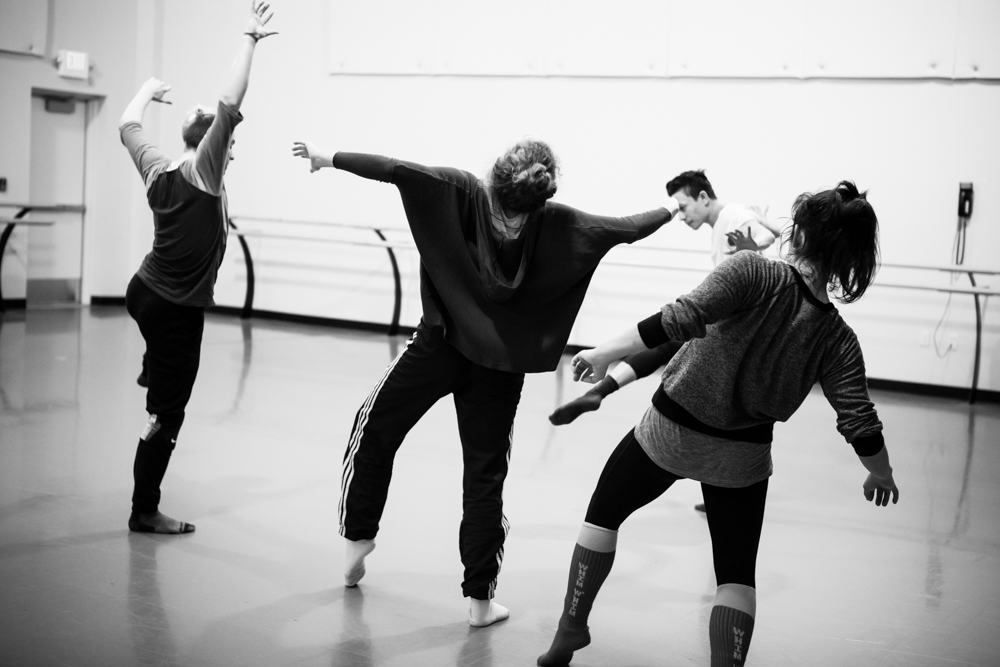 As the hours and days go by, a vocabulary, a special language for this piece alone is being devised. It is like a glossary, a fund of phrases, to dip into in snatches or to mine for longer sequences. These latter are learned by the dancers and crafted into what Loni calls scenes, although they, and how they will be linked together, are nothing like the linear narratives that term might invoke. Names accrue to them: The Play, The Elbow, Shadow, Mirror, Lizard, etc. The relations of these scenes to each other only becomes clear slowly. 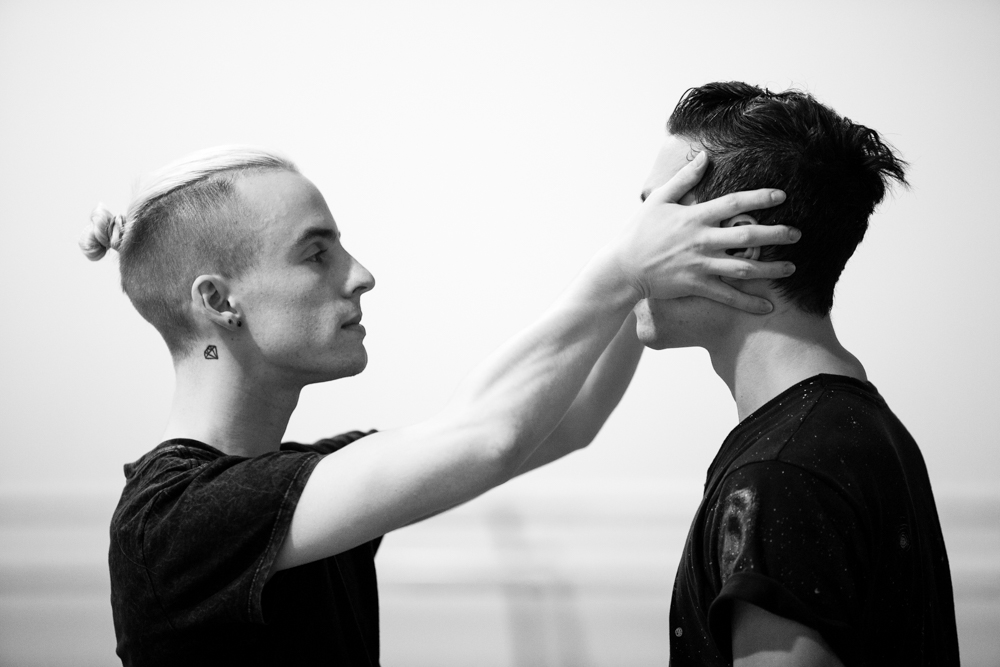 For example, in one rehearsal for a duet of Justin and Jim comprised of several scenes, Loni speaks of the need for something to interrupt the tension developing between them, not to calm them down but to amplify or change the nature of their conflict when the intrusion recedes. So a segment called The Elbow is inserted (it isn’t yet fitting too well early on in the piece where Loni feels it is more appropriate): Mia steps between the two men with a downward slicing arm movement that breaks them apart; then she clasps Justin’s elbow, and the three intertwine in ways that add an intriguing layer of complication to the relationship between the two men. “Mia interrupts their conflict, and it’s about her,” says Loni, “but their tension is still there.” 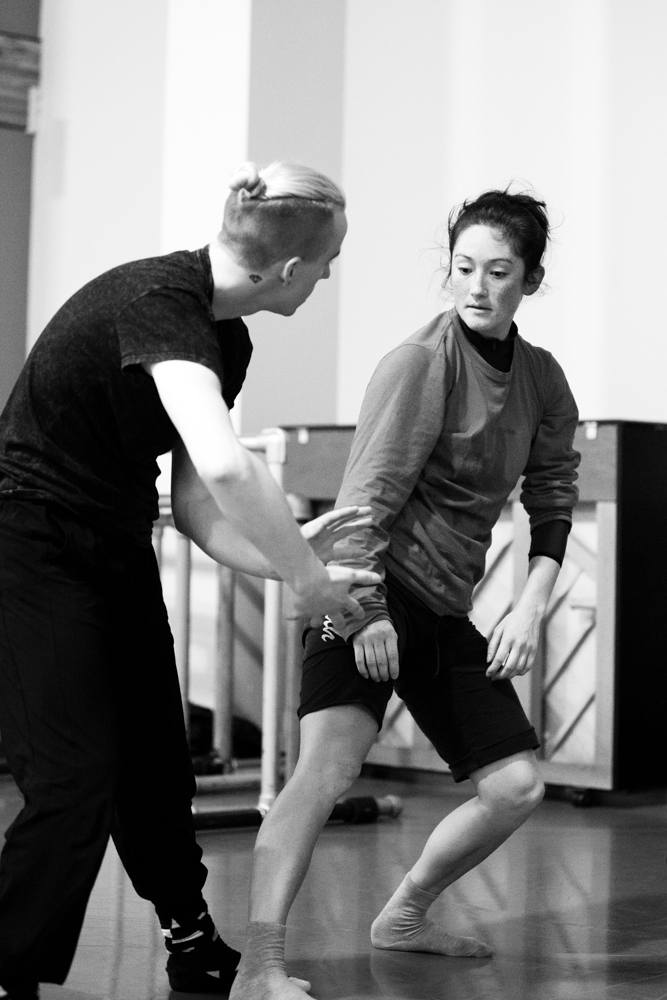 This is what’s needed here, she decides. But the entire sequence is too long to put in at this juncture. So after a good bit of trying and discarding, just the start of The Elbow is retained, as a theme that will refer back to its first, and full, iteration toward the beginning of the piece. “Good,” Loni pronounces, after a repeat of the new arrangement, “yes, I like this much better.”

Not surprisingly for a choreographer who loves the process more than the end result, the hardest part for Loni in her creative progression is finalizing it, deciding on structure, the order of segments, the way they will relate to one another in performance. It is as if each decision cuts off a myriad of alluring possibilities, and this she is loath to do. When movements don’t have pre-set names, and discovery is still ongoing, finding the words or gestures to get across desired nuances of meaning is a challenge to even the most articulate. The trick is to keep at it until dancer and choreographer engage and mesh, and the optimal configuration becomes manifest. As novelist Elizabeth Strout has said of her own imaginative process, “I write pieces, and move them around. And the fun of it is watching the truthful parts slide together. What is false won’t fit.” 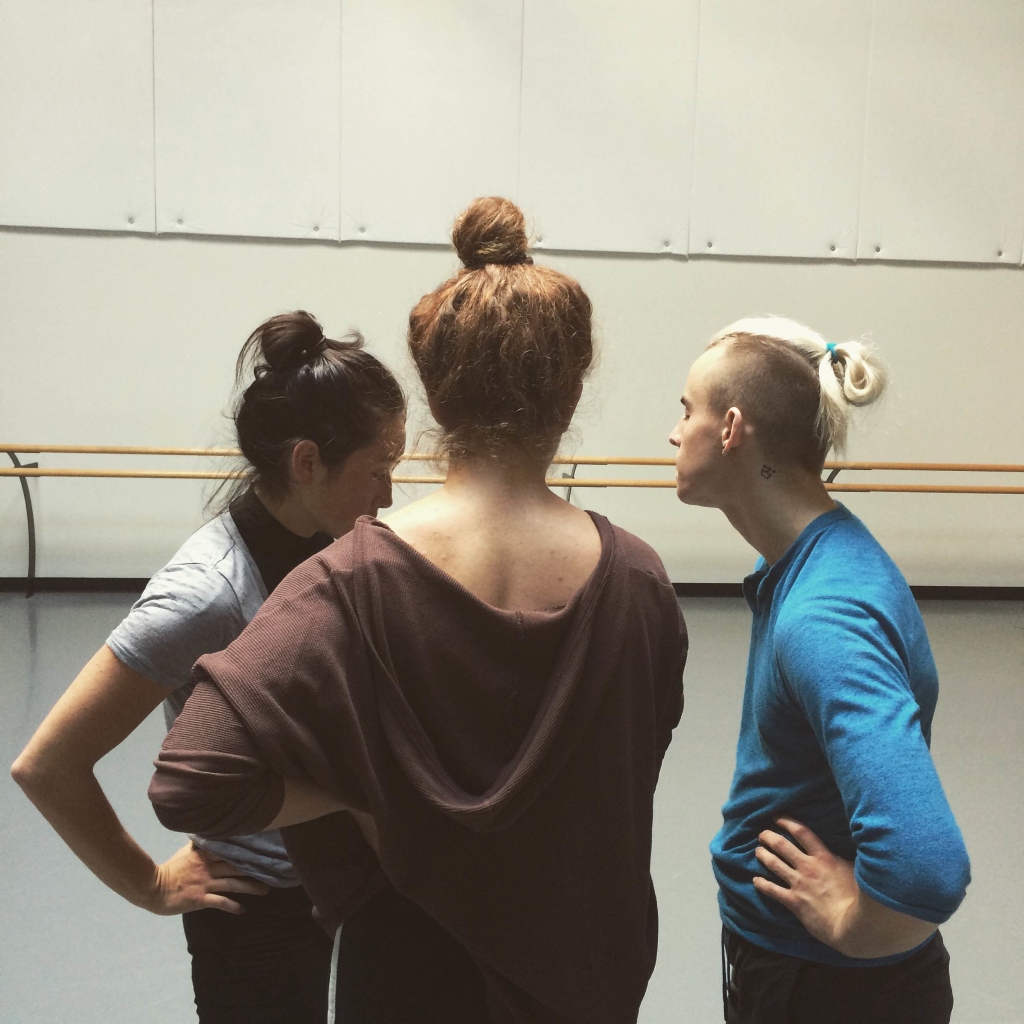 This week in the theater. Friday is opening night!