There’s a long list of things that Whimmers, onstage or off, will miss about Tory Peil when, after her final performance June 16, she retires from Whim W’Him. Tory is a marvelous dancer whose technical abilities and versatility of expressiveness have expanded enormously since she joined the company at the end of 2011. She is straightforward and honest. You look into those blue eyes, and you know she means what she says. Her words are eloquent, often pithy, but never mean. She has an infectious, sometimes raunchy sense of humor. She is very kind.

Recently, I’ve been talking with Tory about her resolution to end her Whim W’Him career with the upcoming TRANSFIGURATE shows (June 8-16m 2018 at Cornish Playhouse) and what she’s looking forward to in the next phase of her life’s adventure. Why is she stopping? Tory says the decision was 2 years in the making. As a dancer, “You have to be obsessed with your career and at such a young age.” She was 4 when she realized, seriously, that dancing was what she would do. “You have to love it more than anything.” And she did.

“But the show always has to go on, to the exclusion of everything else in life”—or rather it always wins, trumps, takes precedence. Dancing takes a physical toll on the body, which has to learn to live with pain. “And to be working with those egos, including mine…” Even in a company as close-knit and supportive as Whim W’Him, egos are part of the equation. Big egos are what keep dancers and choreographers going. Yet as a dancer, one’s own ego is always at the service of the choreographer’s. “We are urged to ‘make choices’… but not that choice. I get paralyzed sometimes. I’m human and I’ve gotten sick of it. I still love the process and the art form, but the show (an inanimate thing) must go on and take over. You begin to resent it.” Then, “when the scale tips, you realized you’ve missed funerals and weddings” and the whole rhythm of ‘normal’ life. It’s rather like falling out of love.

Tory and Whim W’Him artistic director Olivier Wevers have struggled over her decision to go. “I wanted to bail. Olivier said, ‘But you’re just beginning to dance.’” She smiles and shrugs. “It was a really hard decision to make. I guess youth is wasted on the young. I’ll miss it, and it will be a relief. After 27 years.” She adds, “Age 4 to 31 is a typical life span for a dancer.” 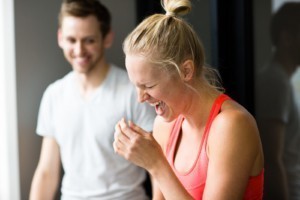 “These are the moments I’ll miss most.”

I asked Tory about her outstanding memories. What has been so special for her about being part of Whim W’Him? Because of the marvelous Bamberg Fine Art Photography archive of images by Kim and Adam Bamberg and Molly Magee, Tory was able to come up with a sequence of photos illustrating, as words can’t, the high-points of her life as a Whimmer. An added bonus is the commentary she has supplied to go along with the pictures. “First of all, how lucky are we as a company to have incredible artists like the Bambergs and Molly Magee who take time out of their own lives to come photograph us?! They have documented Whim since its inception. Not just performance photos but the nitty gritty, intimate moments in the studio. We are beyond lucky.”

It was after she had quit Spectrum Dance Theater and was considering quitting dance that Olivier approached her about joining Whim W’Him. “I’ll never forget the first email from Olivier, wanting to meet with me. I met with him for the first time and I couldn’t believe he wanted me to come work for his company.” 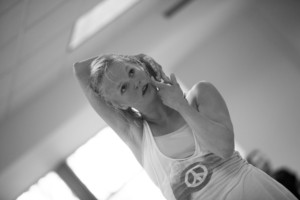 “…trying to pick up this crazy technique that was so new to me. Olivier’s passion and vision were contagious though and I quickly fell head over heels for the Whim family.”

On Olivier, her new boss: “I never thought someone I idolized as a kid would turn into this hilarious friend of mine. I hope we still laugh like this when we’re 80. Well, he’ll be 80, I’ll be sixty something.” 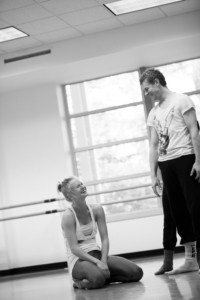 “The Bambergs captured this moment before my very first W’Him show. I was nervous as fuck and luckily those nerves have never gone away. Being nervous reminds me each show that it’s something worth doing and something I love— 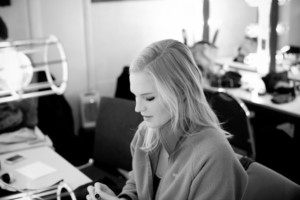 I’ve sat at this exact same spot every Whim Whim show since (I’m a bit superstitious).”

In January 2012, Tory did her first performances with the company, in thrOwn, choreographed by Olivier, with sets by artist Steve Jensen, lighting by Michael Mazzola and costumes by Mark Zappone. 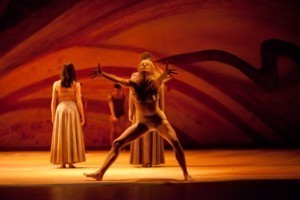 “Such stars!” she was working with. Tory recalls earlier buying magazines with articles about Pacific Northwest Ballet dancers like Chalnessa Eames, Lucien Postlewaite and Kaori Nakamura. She remembers, somewhat later, going to B.C. for an arts presenters’ conference with Olivier and Chalnessa. They sailed on the Victoria Clipper, stayed at the Empress Hotel and ate bags of candy and drank champagne. That was the life!

Soon Tory too became an essential part of the company. “Whim W’Him is one of the coolest chapters in my life so far,” she says now. “A lucky gift to be in at the beginning. So familial, so much love. It was Olivier’s friends and making art together.” 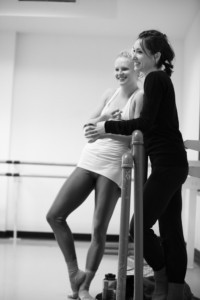 “This Whim family has raised me from a young 20 something year old into a hopefully wiser 30-year old woman. I’m so lucky to have found a chosen family like this.” 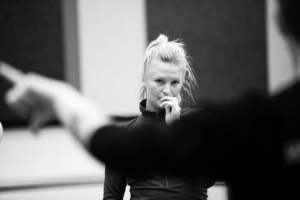 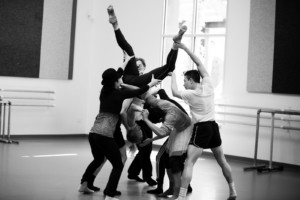 “All the current and past dancers have been holding me up literally and figuratively for all these years. It’s them who make every rehearsal a safe place to be vulnerable. I’m forever indebted to their hard work and bravery.” 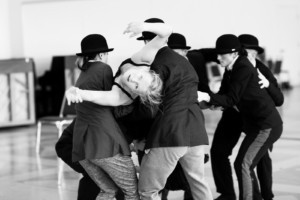 “Rehearsal with Olivier is my favorite thing.” 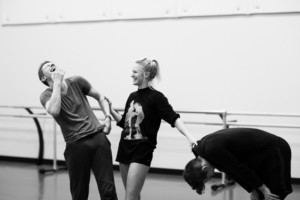 “We have to laugh at ourselves sometimes. Dance can make humans do some funny things.” 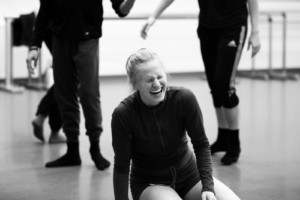 “The rehearsal process is why we do what we do. And moments like these within that process just sweeten the deal.” 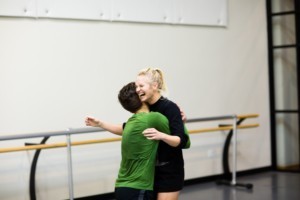 “The magical moments in the theater are ones I’ll forever think about. I wasn’t raised going to church but I was raised being in theaters. There is peace and mysticism in a theater. An inexplicable possibility of other-worldly things occurring.” 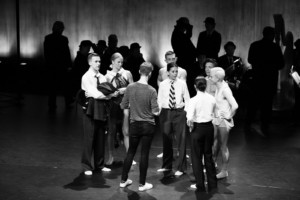 Next post: Tory recalls some particularly special people and times in her life at the heart of Whim W’Him.