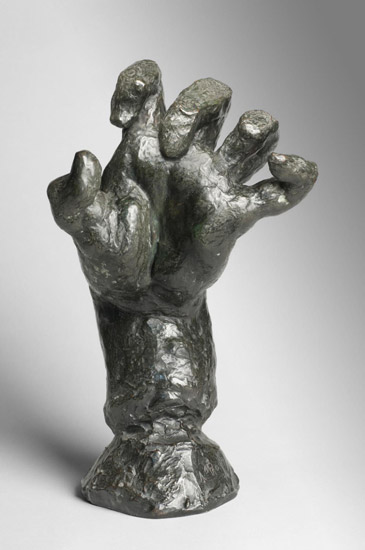 Art feeds art. It inspires Olivier Wevers, Whim W’Him’s founder/artistic director—not just dance but painting, sculpture, non-performance art. Last Wednesday he arrived in Philadelphia to create a new piece for BalletX. Thursday and Friday, the cast was chosen. Work began. Monday he began to build lots of new material, so there will be plenty to play with, and next he’ll go on to structure it. But more on that in a later post. 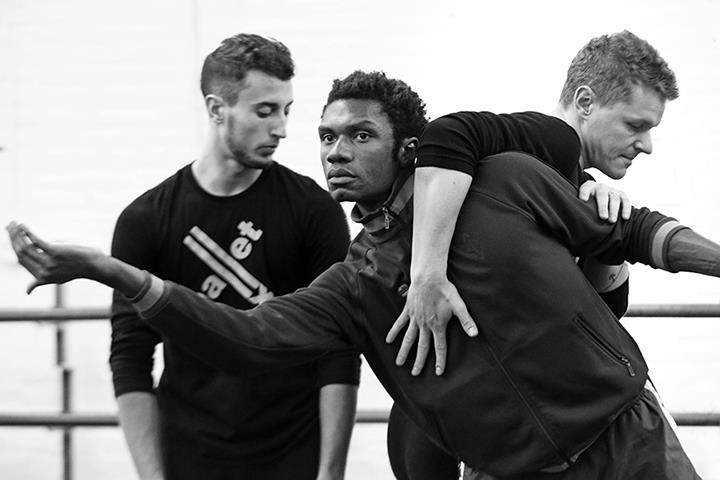 On Saturday, Olivier branched out to other arts and spent what turned out to be a transformative day of museum-going. An hour’s walk each way from where he is staying (in the rain there & snow on the way back) took him to the massive avenue and grand open park on the Schuylkill River where the most renowned of the city’s many museums are located. “There is something very heavy and grounded about this city,” says Olivier. “Walking around in it makes you feel small.” As the Barnes Foundation’s new Philadelphia museum was booked up for the next few weeks, his first stop was the small but handsomely endowed Rodin Museum. Olivier, in whose choreography hands play such a central role, was much taken by a several rough and powerful studies in bronze. 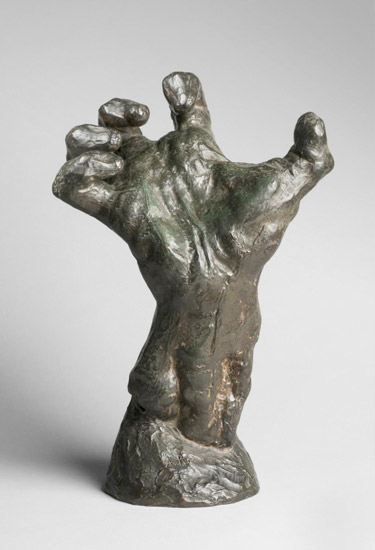 But he found especially gripping the relatively small piece (27”)
entitled I Am Beautiful, after a Baudelaire poem that begins:
Je suis belle, ô mortels! comme un rêve de pierre,
Et mon sein, où chacun s’est meurtri tour à tour,
Est fait pour inspirer au poète un amour
Eternel et muet ainsi que la matière.
(I am fair, oh mortals! Like a dream of stone,
And my breast, where each person is bruised in turn,
Is made to inspire in the poet a love
Eternal and mute as matter.) 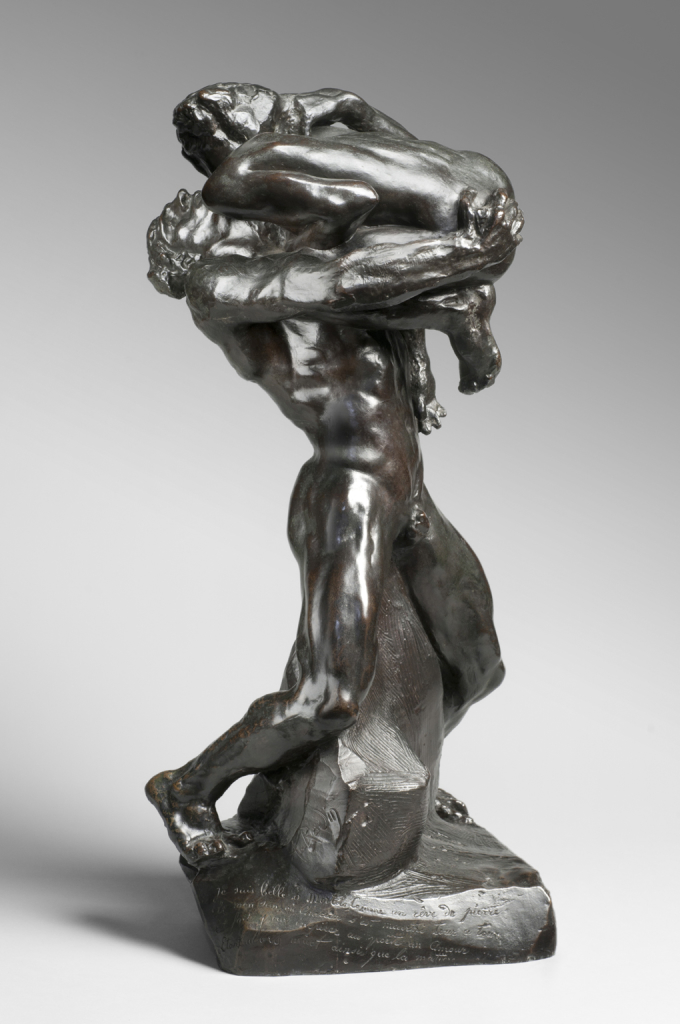 “I kept coming back,” said Olivier, who took photos from various angles, fascinated by how the heads are held in conjunction with each other, the way the woman is curled and held up high, the curves and angles of the bodies. He reacted, not surprisingly, as a dancer, “The weight of her!” he remarked to me on Skype, “It would be so hard to do that.” Reading up on this sculpture, I was intrigued to learn that the two figures were conceived separately for the massive Gates of Hell. It seems that combining distinct elements to form a new one was a common practice for Rodin, letting him “discover rich new possibilities in his existing repertory of human forms,” as the museum website notes—a practice that bears a certain resemblance to Olivier’s process of choreography.

The other stop on his trek was the Philadelphia Museum of Art, for the modern art.
“I love color” Olivier says, and on that gray day he encountered a blizzard of color.
A huge Chagall backdrop from the 1942 ballet Aleko by Leonid Massine for Ballet Theatre, so big it was hard to see properly in rather cramped quarters under a stairway… 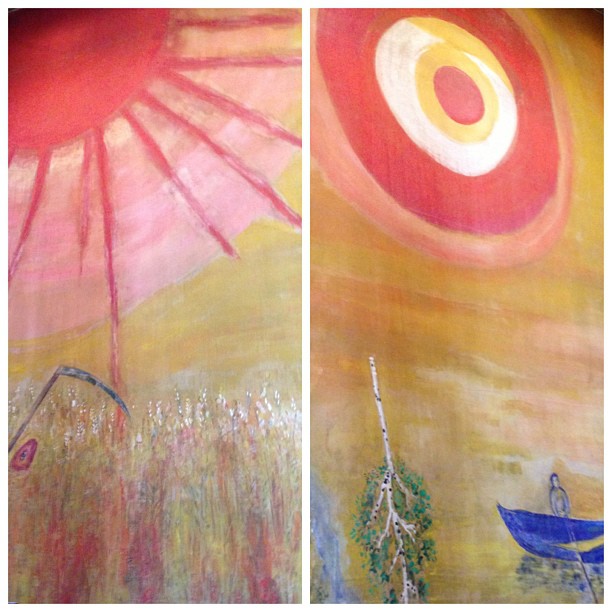 A few impressionists, some beautiful Monets. A marvelous De Kooning… 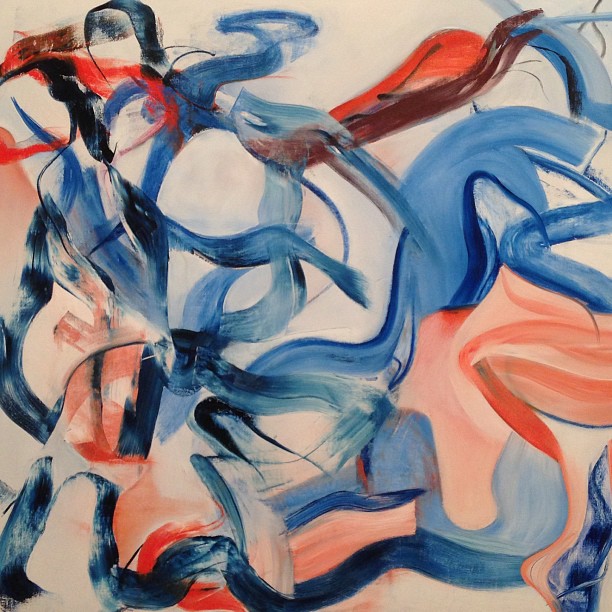 Bright Jasper Johns, as well as Sam Francis, whom he was meeting for the first time… 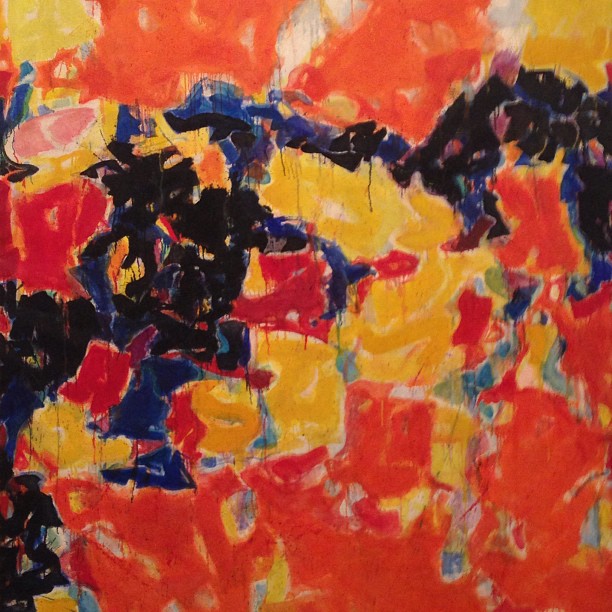 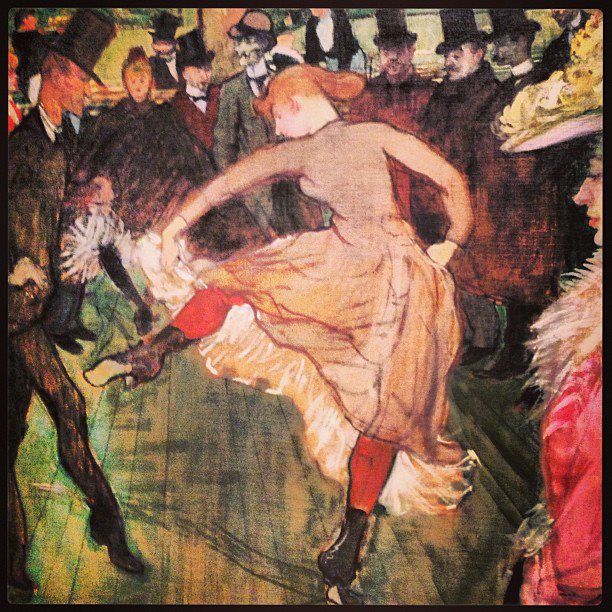 But a group of ten Cy Twombly works entitled Fifty Days at Iliam was the biggest revelation in a full day, with paintings like Eternal shades of night and The fire that consumes all before it. Maybe it’s a bit tacky to quote Olivier’s Facebook page—
but then why not since it captures his sense of delight? “My new hero…I loved the entire room of his work. I went back and spent more time. I was so emotional about it. Phenomenal!” 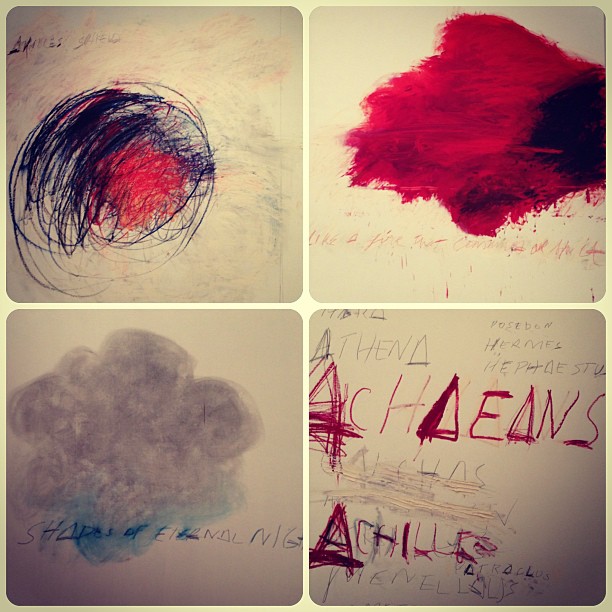 Philadelphia serves up a prodigious meal for the senses…