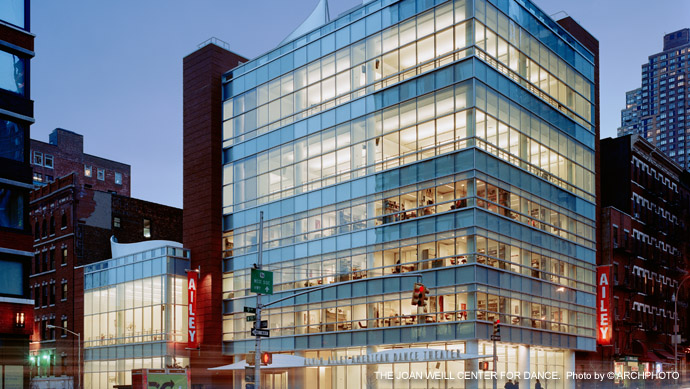 The 2016 Whim W’Him auditions were held in New York City at the Alvin Ailey studio on Feb 18 and in Seattle on Feb 27 at Pacific Northwest Ballet‘s Francia Russell Center in Bellevue. Says Whim W’Him dancer Tory Peil, who traveled with company artistic director Olivier Wevers to help with the process, “It was incredibly overwhelming to have so many people apply to come to the auditions. The outpouring of people wanting this job was a huge reminder of what an honor it is to work for this company. Out of over 250 applicants we regrettably could only see about 125 over the two auditions.” 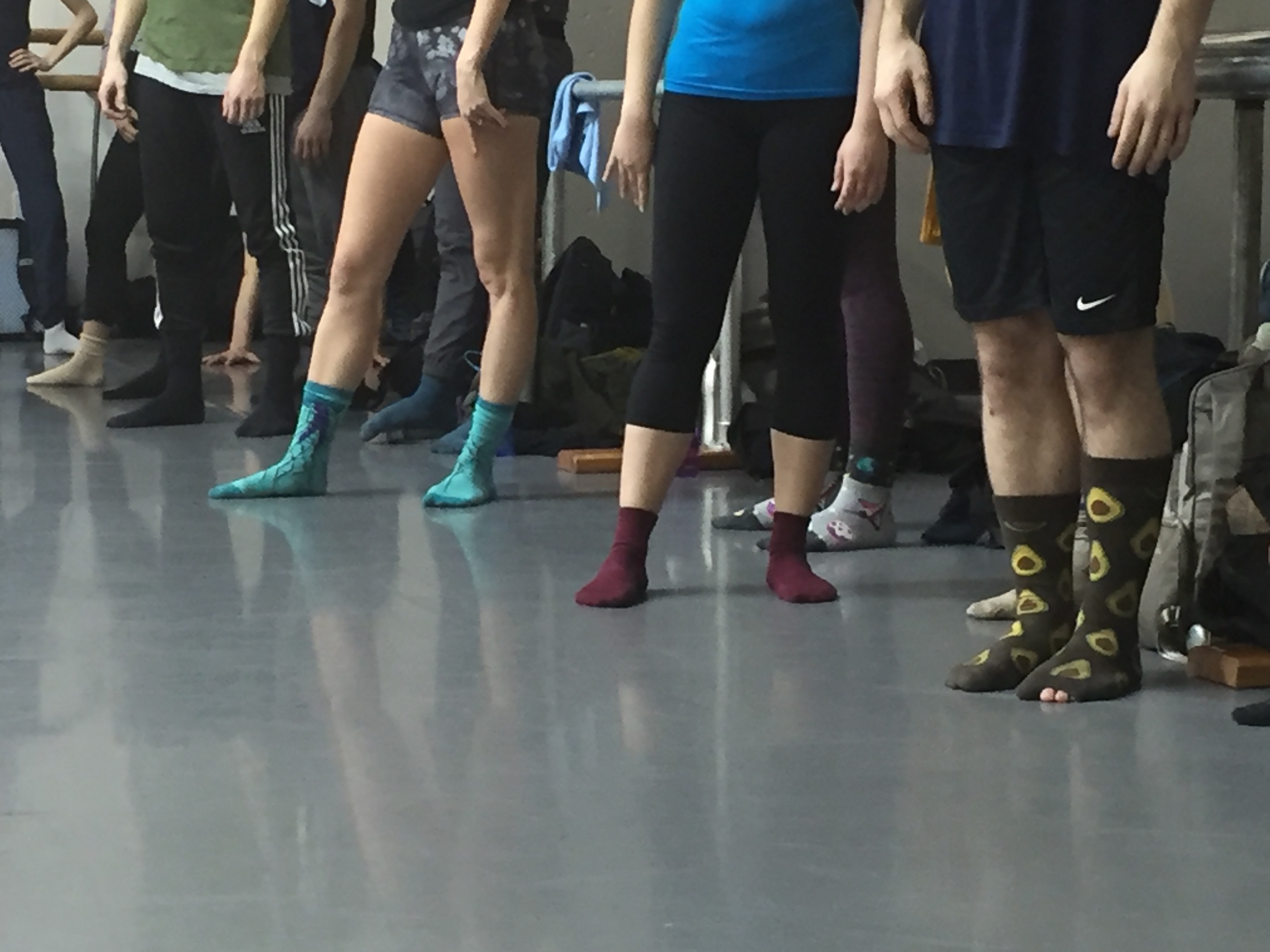 Beforehand, in the lobby at Ailey, 75 dancers were milling around, changing into the socks that were the required foot wear, chatting, warming up. There were even some who hadn’t applied or who turned in late or incomplete applications who came by, hoping to be seen anyway. But with so many dancers having sent in the proper material, there was simply no way to include more. In any case, as Olivier points out, part of what is being tested is a dancer’s professionalism, and a partial or belated application fails to meet the standards. The registration process took about 40 minutes. Once in the studio, there were so many bodies Olivier had to split the dancers down the middle, one group to work, the other to stay around the edges waiting and watching until it was their turn.

“Those people who showed up were like sponges, ready to devour Olivier’s choreography and corrections,” Tory says.

For five or ten minutes Olivier taught a sequence from his Brahms and Tights, after which the second group of dancers learned it while the first stood aside. Then whole process was gone through again with the music. At that point, with Olivier holding a sheaf of stapled together dancer bios and photos, the dancers were called forward in groups of 10, as he shuffled their papers, with those of the dancers who caught his eye making their way to the top of the pile. 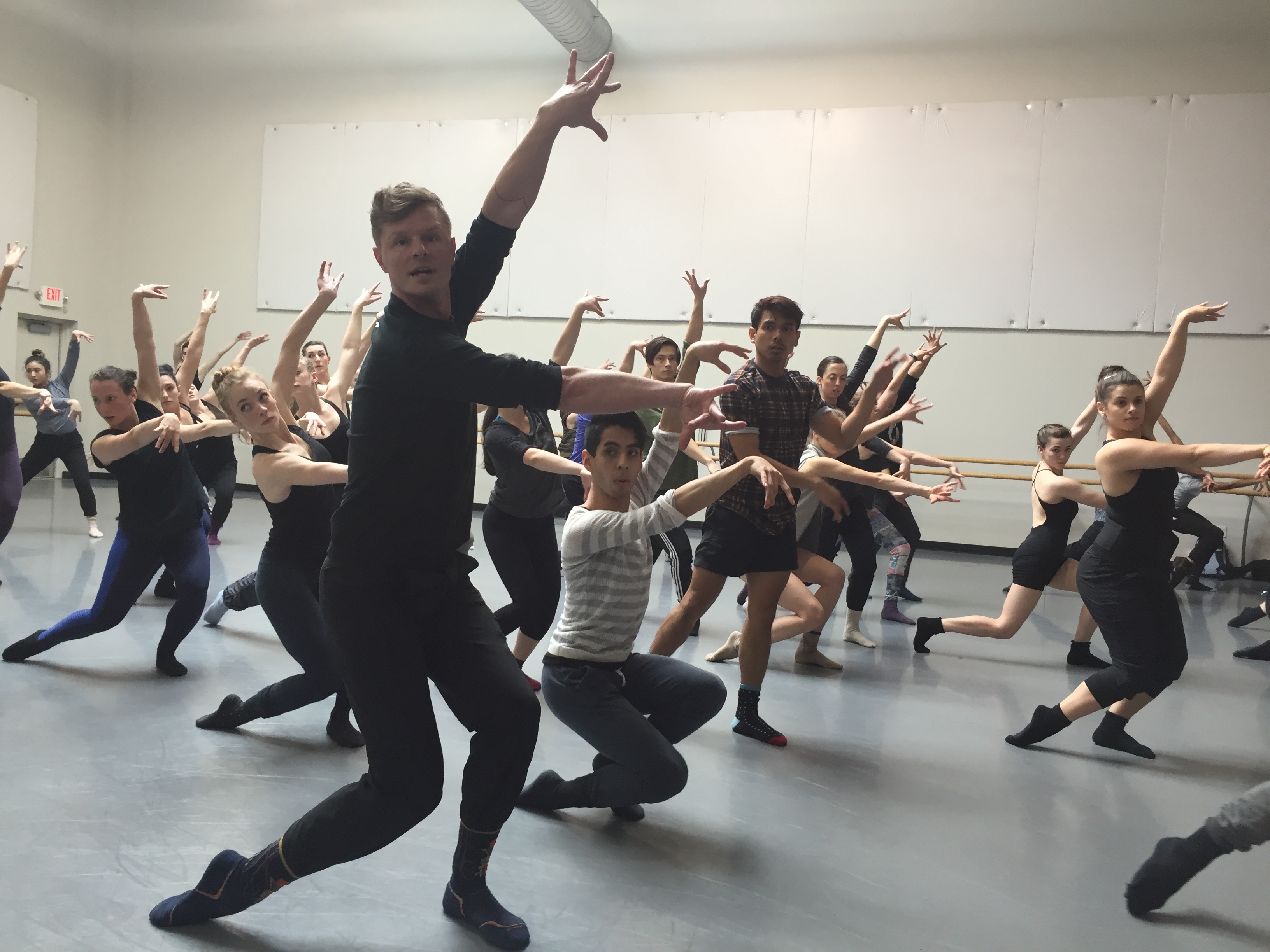 The next section of the audition was improv to music, in groups of 5 or 6. Again, Olivier “distilled the papers,” as he put it and at the end, as everyone took a break, he handed the YES pile to Tory, who says of the dancers who auditioned, “They made Olivier’s job of making cuts really difficult, because they were all so unique, so talented and so excited to be there.” 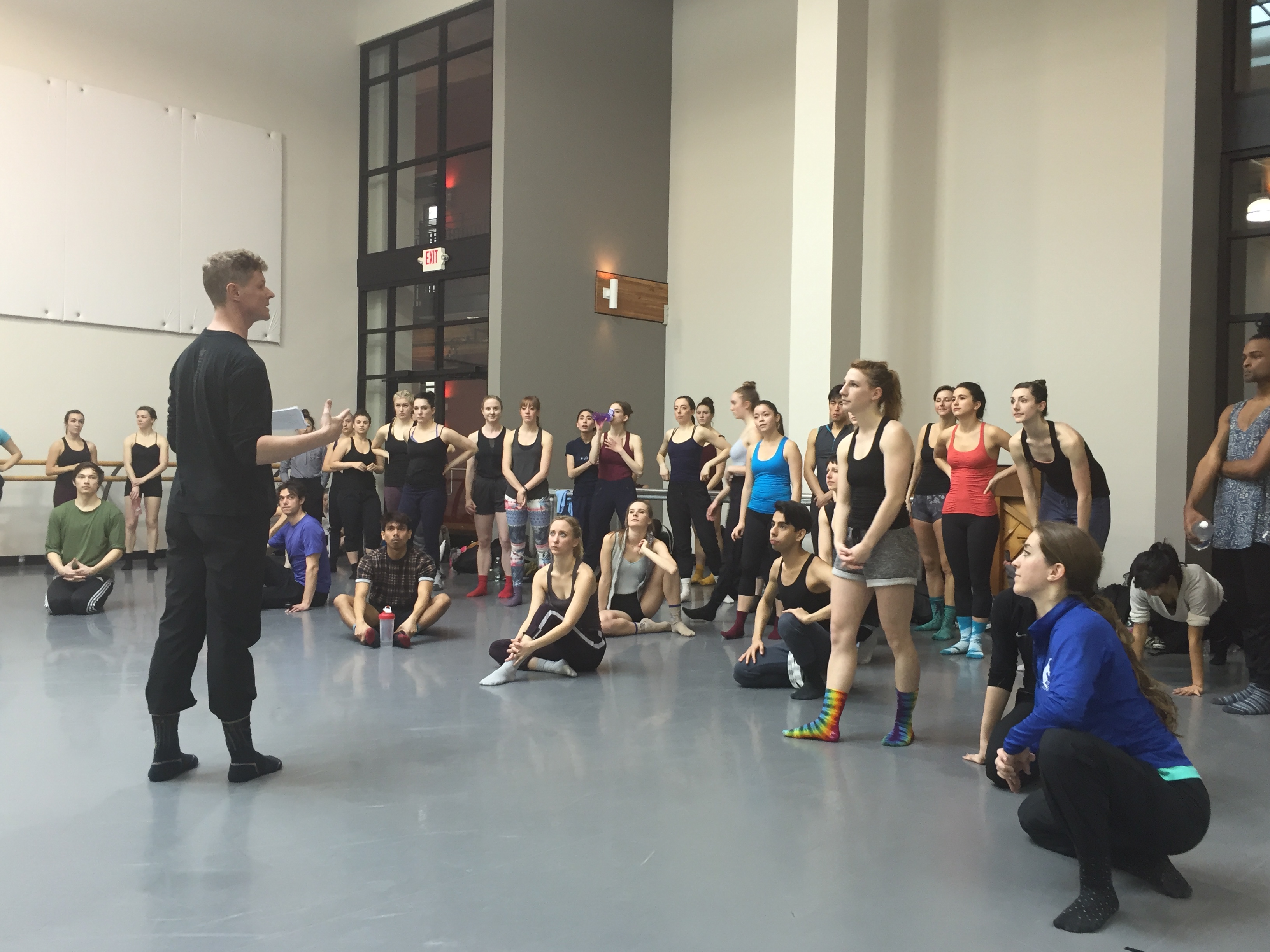 When the dancers were all called in again, the big cut was made. As usual there were way more women than men, and Olivier apologized when he announced that all 16 of the men were being retained at this stage and only an equal number of the women. “I know it isn’t fair,” he said, but it’s just the way the dance world is. As it turned out, though, when the remaining 32 lined up in female and male groups shortest to tallest, there were 17 women—only first names had been used and there happened to be two dancers with the same first name, so 1 guy had to partner 2 girls for a bit. 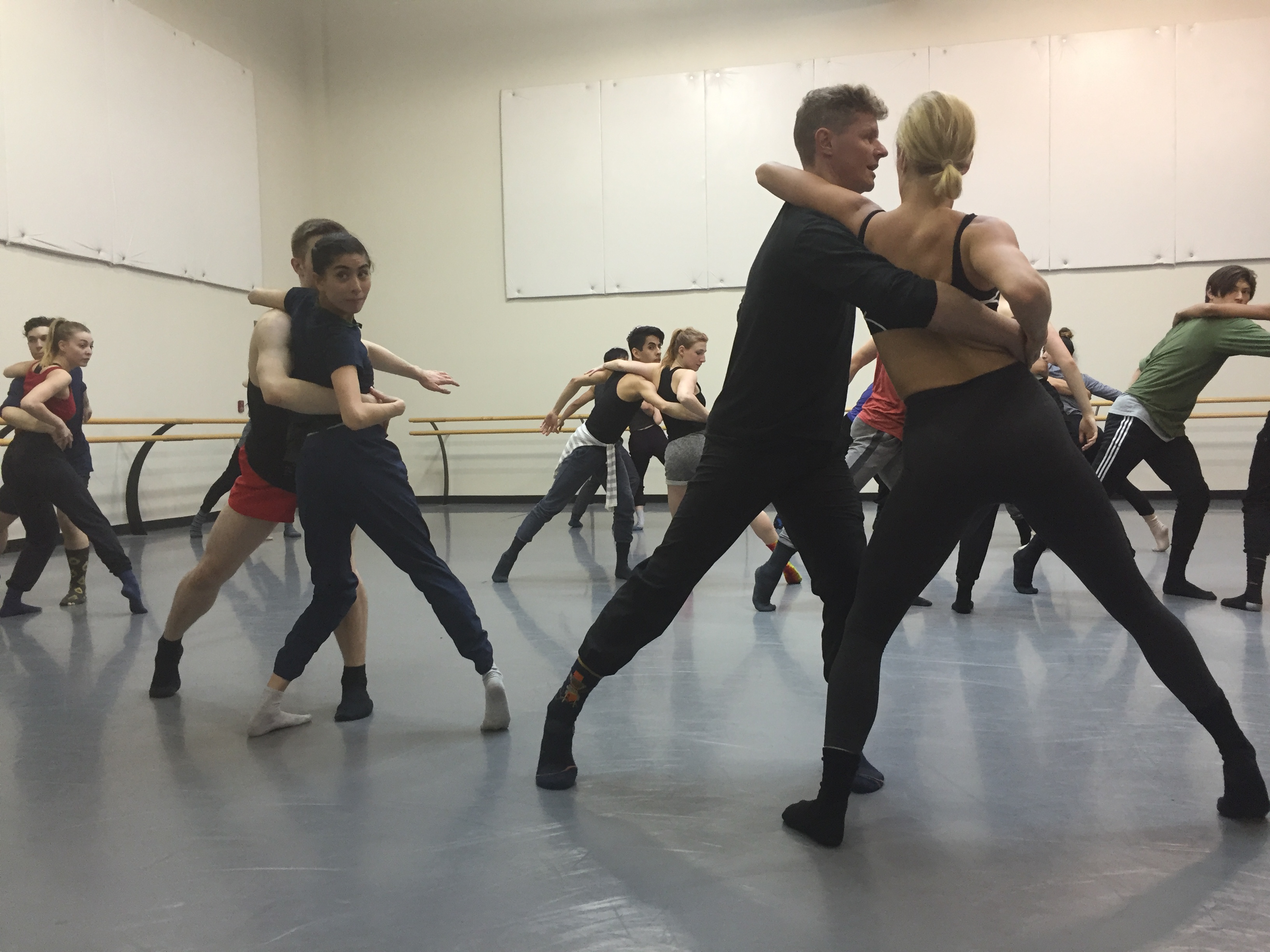 The room was split again for the partnering segment, and again material from Brahms and Tights was demonstrated, ending with the “flying squirrel” that Kyle Matthew Johnson and Tory did in the last rep. It’s an exciting and risky move. As Olivier says, “We were looking for those who are smart and courageous.” He adds cheerfully, “There were a couple of little accidents—they’d signed a release before the audition—nothing serious.” 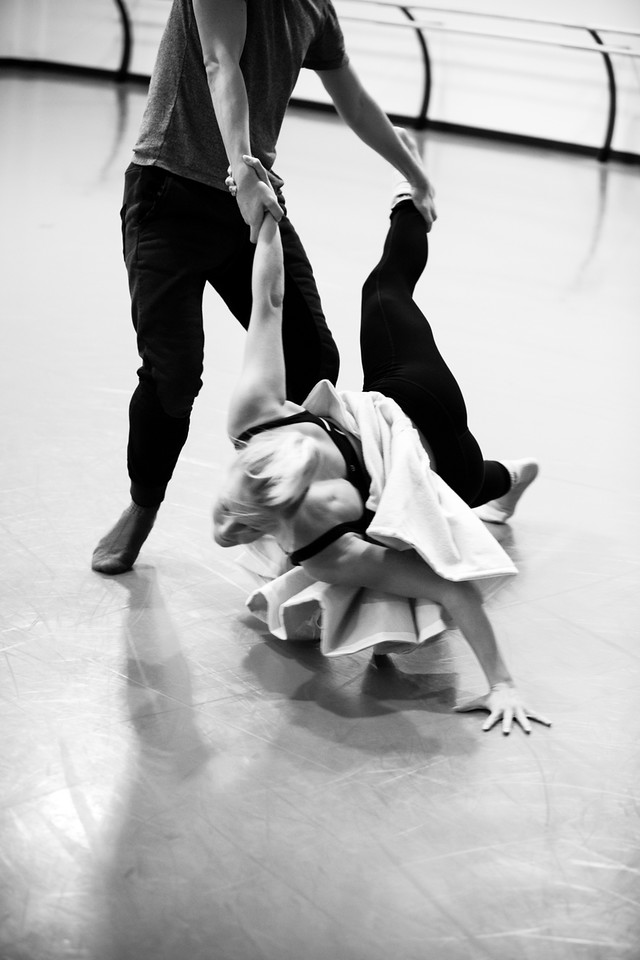 As an added challenge for the auditioners, when they were called to perform the partnering section, 2 pairs at a time, they had to lead into it with the individual segment taught earlier. “A curved ball,” comments Olivier, to stretch their ability to recall what they had learned previously.   Further, the dancers were called upon to switch partners and given time to work in the new configurations before showing those as well. At the end of this period, the eight couples were winnowed to four. Tory tried dancing with each of the four men as well and the audition was over. 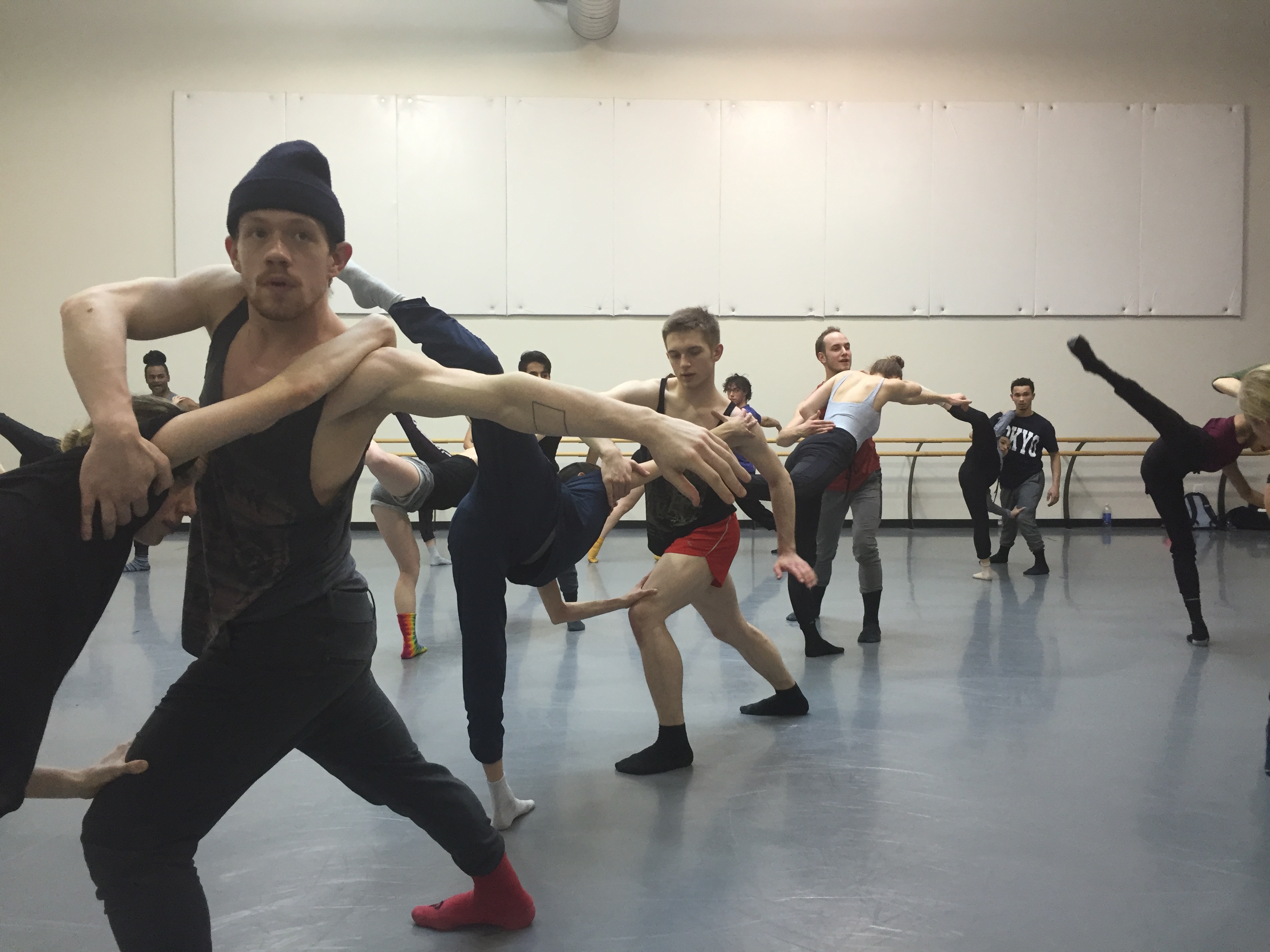 In Seattle, pretty much the same pattern was followed (though the dancers were called by last names too to avoid confusion). This time Olivier was also assisted by Mia Monteabaro and the newest Whimmer, Patrick Kilbane, who says of the experience, “There was an overwhelming response to the Whim W’him audition call, both here in Seattle and New York. It was inspiring to see how many talented young dance artists exist in and are flocking to our city. Seattle is becoming a hub for high caliber contemporary dance and its clear that Whim W’him is helping to lead the way.”
As Dance Spirit Magazine posted in an article featuring Whim Whim:

Tory adds fervently, “I feel really lucky to have assisted Olivier for these two auditions. I was so inspired to keep working hard because having a position at Whim is a huge honor, not one to be taken lightly.” 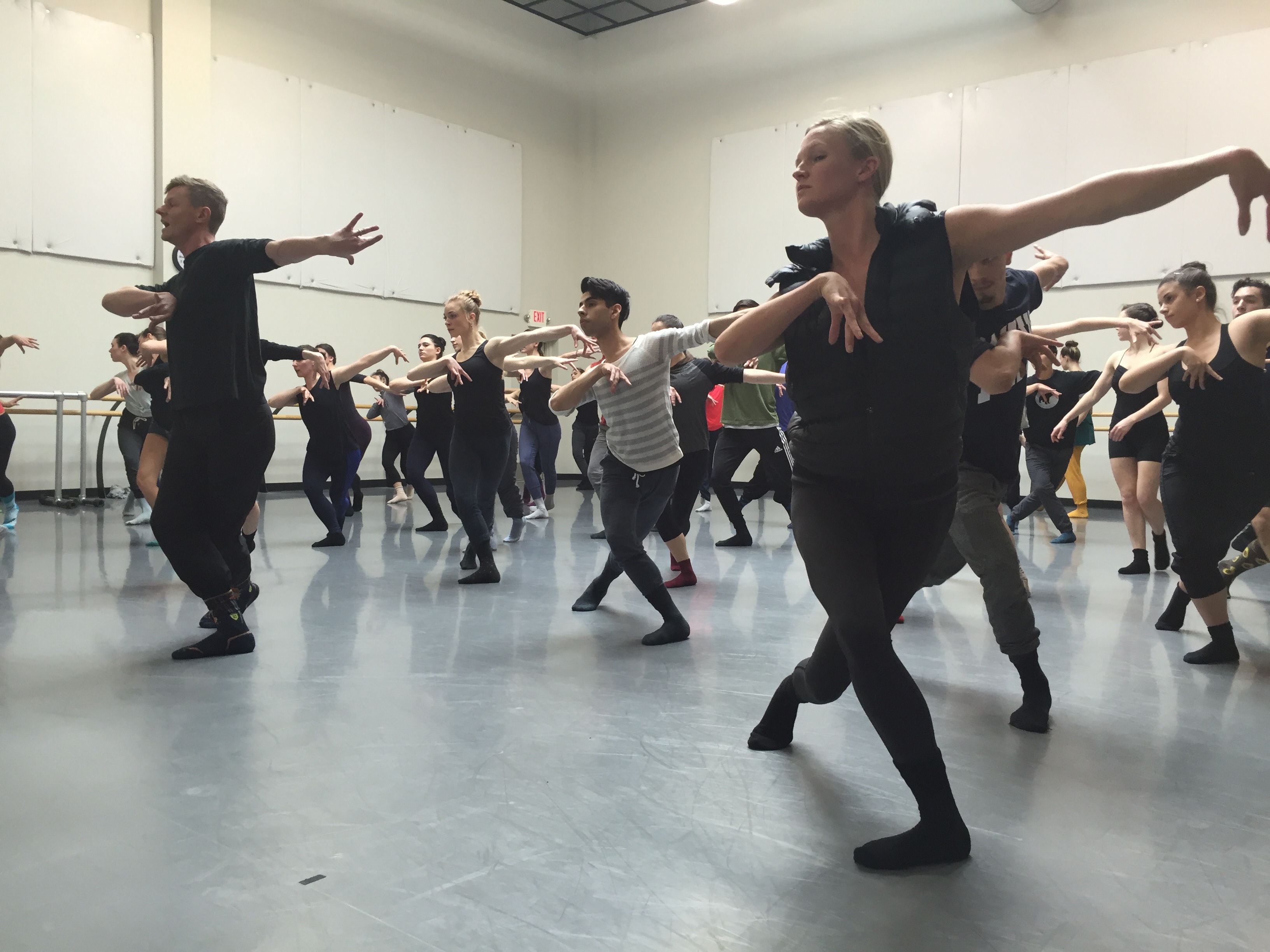 What will these auditions mean for the shape of Whim W’Him?
To be revealed in the next few months…