Before the first rehearsal for each new Whim W’Him program, the seven dancers gather together in a ‘powwow’ to check in with each other and chat about what’s been going on with them. It’s a way of renewing bonds and updating their sense of where they all are at that moment. Last Monday, dance rehearsals began for the remount of  Approaching Ecstasy, a fascinating and highly regarded collaboration between Whim W’Him artistic director Olivier Wevers and composer Eric Banks, director of The Esoterics choral group. 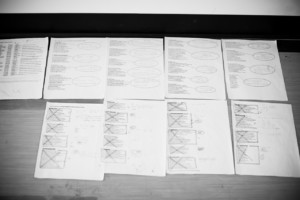 In a second powwow, concerning the creation at hand, Olivier explained the piece to the dancers and illustrated with a series of pages outlining its structure. Approaching Ecstasy is based on 18 poems by Constantine P. Cavafy. It imagines what it must have been like to be a gay man in Egypt a century ago. Though Greek by origin, Cavafy lived most of his life in Alexandria, Egypt. He was a curious combination of  conscientious, up-tight businessman-bureaucrat and freethinking, adventurous poet, sensualist, and gambler. Toward the end of long battle with cancer, Cavafy had a tracheotomy and spent his last few months mute. All these aspects of him and his writings are expressed in this danced musical portrait. Chosen and translated by Eric for this piece, the love poems are straightforwardly sensual. Their overt meaning is seldom veiled or obscured. Yet considerable subtlety is required of music and dance that hopes to explore their layered, even contradictory complexities. 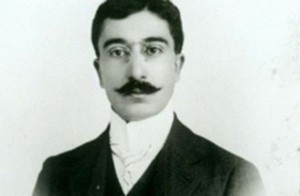 Certain aspects of Approaching Ecstasy of the current remount are changing from the original version. There will be some reorchestration, and instead of being stretched out in a line at the back of the stage with Eric conducting back to the audience, as they were the first time around, the singers will be distributed in small groups around bistro tables as in a café with a row of chairs for the soloists. 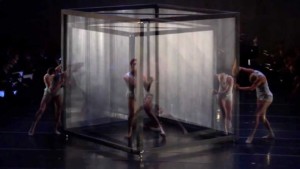 The scenic elements that lent gravity, mystery and whimsy to the first production are being maintained. At last Monday’s rehearsal, Olivier recalled how the initial version of the three large moveable boxes—that can be disassembled into four attached panels—tended to buckle while being transported about the stage by the dancers and to wobble when set down. They are now being reconstructed out of strong, light-weight metal, as is the table that former Whimmer Andrew Bartee danced over, under and around with such flexibility and élan. 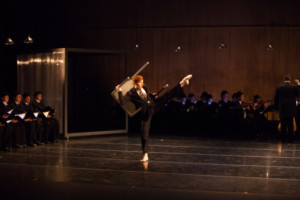 Besides alterations in the music and rebuilding of the set pieces, the new Approaching Ecstasy will have a different cast. Jim Kent and Tory Peil danced in the original, but Mia Monteabaro, Justin Reiter, Patrick Kilbane, Liane Aung, and Karl Watson have joined the company since. 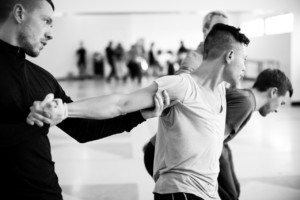 Since each of the characters in the original were both specific and ever-changing, a good deal of re-working and re-inventing will go into honing a cohesive ensemble for this fast-moving tour de force of 18 vignettes. 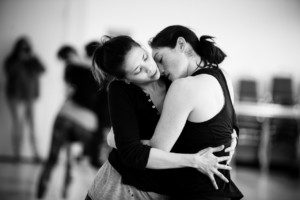 “It is a great luxury to have seven weeks to rehearse,” says Olivier. “Since it’s already choreographed, we can remount it in a week or so and have the rest of the time to tweak and reshape it.” The dancers, too, are pleased to have all this time to work with just him. 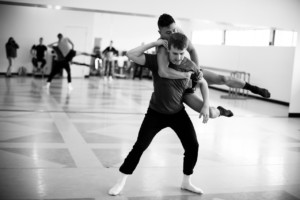 A couple of days later into the process, Olivier is quite ecstatic about how it has begun. And the dancers are jumping for joy… 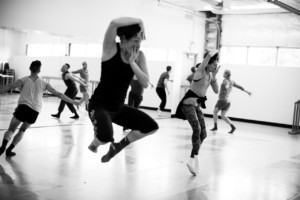