choosing 1- Back, sack and crack 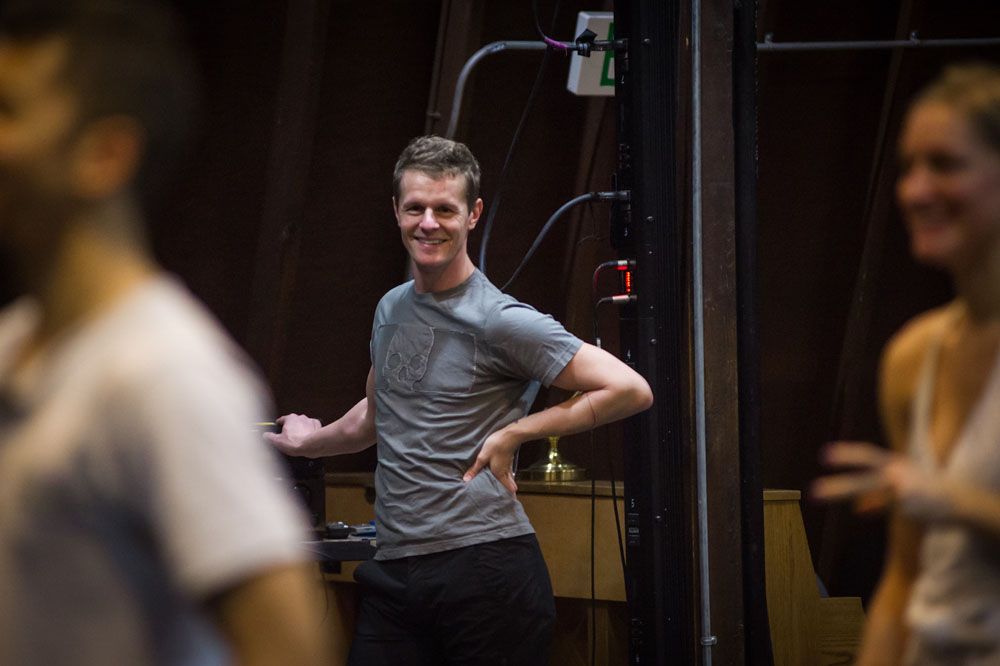 Sexuality, identity and conformity were, in my initial reading, the themes of Back, sack and crack.* But I was curious about Whim W’him artistic director Olivier Wever’s own thoughts on choreographing the piece, and in particular why he chose its rather unusual title. (In case you don’t know, as I didn’t until I googled it, the phrase refers to getting rid of all body hair, the male equivalent of a “Brazilian” or extreme bikini waxing). I thought at first, as I mentioned in my last post, that perhaps Olivier was commenting on the extremity of the measures people will go to in order to conform—something of an analogue to the theme of greed and being other-driven examined in his 3Seasons.
But no, it’s more complicated than that. After talking with him yesterday, I’d now say that sexuality, identity and choice are the themes of this new work, premiering tonight at Spectrum Dance Theater.* It concerns men gaining the right, heretofore the province of women, to change their bodies and thereby to garner power. It’s about finding one’s sexuality at different levels and in different ways, not just for men but for us all.
“Identity is part discovery and part invention,” I remarked, and Olivier agreed.
Perhaps our present era should be called The Age of Choice. 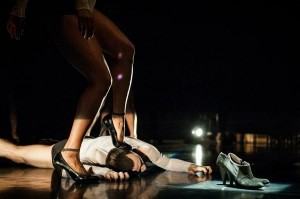 What fascinates me about Olivier’s take on all this is how as a female—having been all too aware my whole life of the societal pressures to be a sex object, to let oneself be infantalized, to put physical beauty above mental or spiritual beauty—I have always viewed obsessive grooming and excessive (in my eyes) regard for the body (one’s own, others’) with a strong dose of suspicion. The idea of demanding beauty procedures that have to be continually kept up is one of the reasons why, during puberty, I felt it would be easier to be a boy. Depilation, to take just one example, must be maintained once begun. (The process of going back to one’s original state can be itchy or even painful—
a friend, after chemotherapy, got an agonizing genital cyst from an ingrown new hair follicle.) There’s very little “natural” about it. 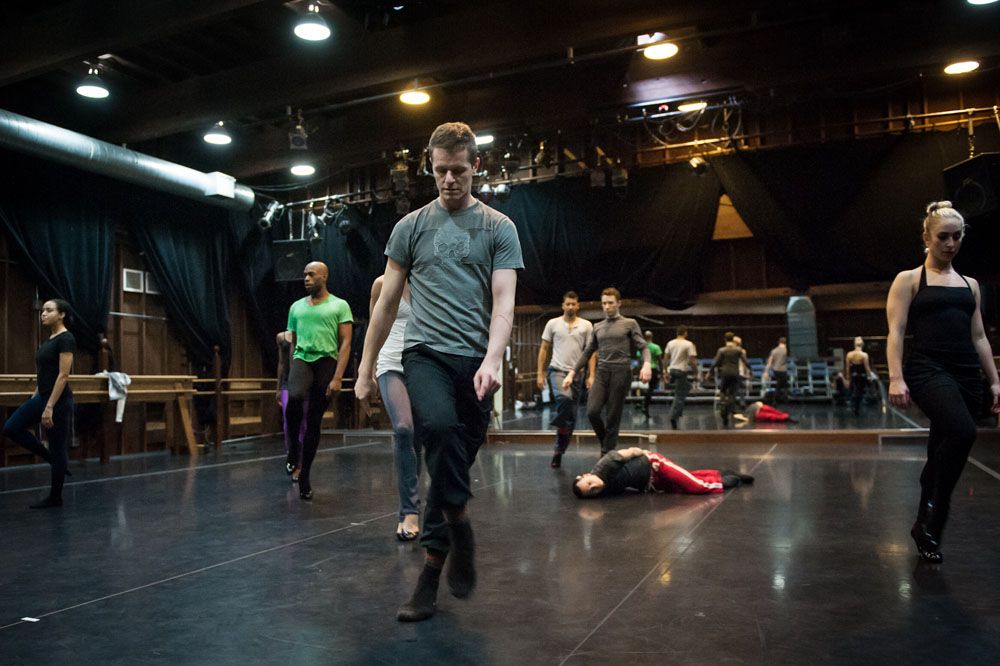 Seredipitously, as I was at the computer writing this just now, my husband Gardner picked up a copy of British writer Caitlin Moran’s How To Be a Woman, that someone had loaned me. A review he read out from The Times of London described it as, “A ballsy, noisy, warm romp; part deliciously honest memoir, part wise rant. Moran’s aim is to nail the absurd polarity of women’s lives in the early twenty-first century…. She skewers depilation and dieting, Botox and bra shopping, falling in love with the wrong man, and giving birth….” To my great amusement, leafing through the book, I came across a chapter called, “I become furry,” in which Moran goes on at length about the excruciating (both literally and figuratively) need young women feel these days to rid themselves of the slightest hint of nether hairiness. “Over the years,” she writes, “pubic hair has gone from the very least of a woman’s worries—when I was 17, around the time of grunge, the idea of waxing your bikini line was bizarre, marginal, for porn models only—to a pretty routine part of ‘self-care.’”  So on one level, I ask myself, why on earth would men want to get drawn into the imperious, time and money-consuming cycle required to be a slave to fashion? I’ve spent so much of my energy over the years trying to get free of the standard requirements of femininity, to invent my own combination. 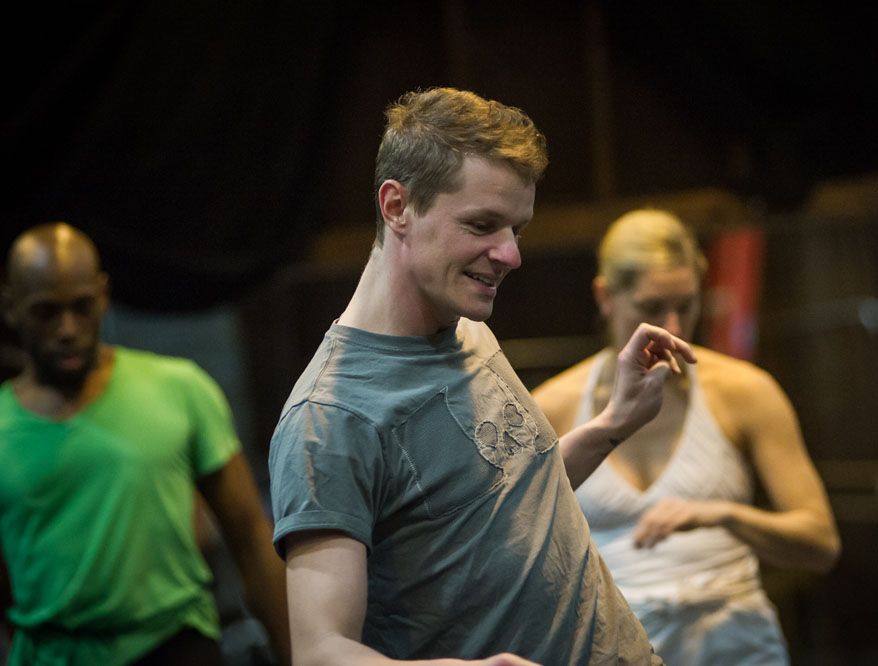 And yet… And yet, for a very long time, I’ve thought it wasn’t fair for girls to be able to dress like boys and aspire to “male” professions, but for there to be an insidious and pernicious societal prohibition against males who might want to explore clothing, activities or jobs typically female. Nowadays, at least among the liberal-minded non-tradition-bound, there’s no longer any onus to being thought a “tomboy” as a girl—it’s admired and encouraged even—or in wanting to grow up to be a female welder or astronaut. But many parents still worry when their little boys are interested in pretty things, or like to dance, or want to play fairies and elves—even if they also like trucks and guns. We admired our son and daughter-in-law when they let their five-year-old boy wear a battered, much worn pink tutu to his fifth birthday party. (It’s indicative of the attitude abroad in the land that I wanted to rush in and add while wearing the dress he also climbed trees, threw balls, and wrestled.) His love of ballet and pink and ruffles was nipped off in the bud by one remark of a little girl in his class. “Ballet? Yuck, that’s for girly girls.” That was it. He gave up the dress-up.
Perhaps it’s here that the present-day battle for equality needs to be joined?

*Back, sack, and crack opens tonight, Friday, November 30, 2012 at 8 pm and runs Fri-Sun, through December 9 (Sundays, 6 pm), as part of Spectrum’s Fall Studio Series: Wevers/Spaeth/Byrd https://spectrumdance.org/
Special funding for this piece is from the Princess Grace Choreography Fellowship Olivier received in 2011.