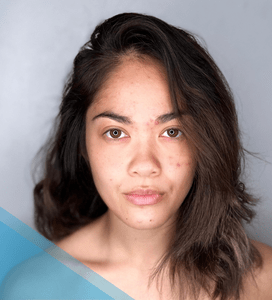 Nell, an Idaho native, received her Bachelor of Fine Arts degree in Ballet at the University of Utah in 2018. She trained at Balance Dance Company and Ballet Idaho, both in Boise, and attended summer programs at Houston Ballet, Hubbard Street, Arts Umbrella, and Springboard Dans Montreal. Her professional career began in 2012, dancing for Ballet Idaho, Idaho Dance Theatre, and was a founding member of what would become LED. After receiving her BFA, she returned to Ballet Idaho for three more seasons under Garrett Anderson’s direction. There she performed works by Penny Saunders, Robyn Mineko Williams, Alejandro Cerrudo, Edward Liaang, Dani Rowe, and Lauren Edson. In the summer of 2019, she was selected to be part of Alejandro Cerrudo’s first residency for his project “It Starts Now” in New York.