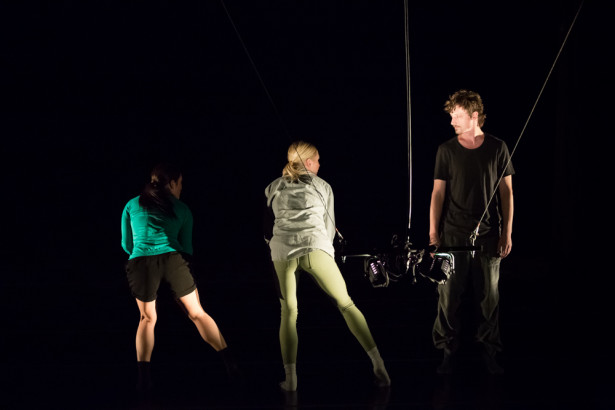 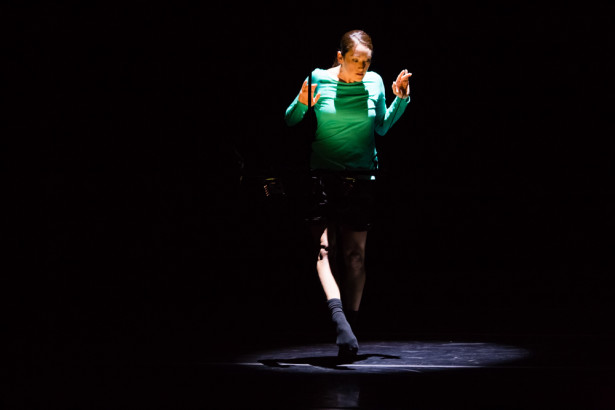 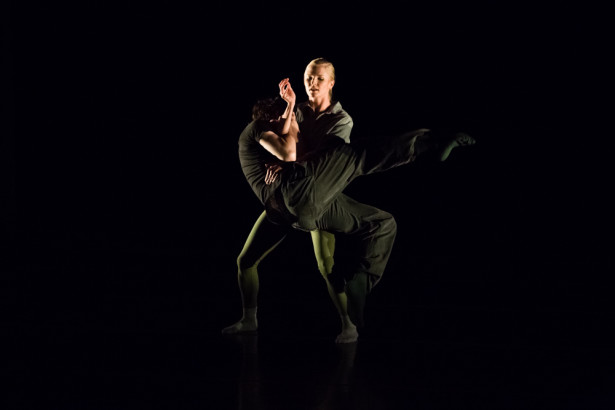 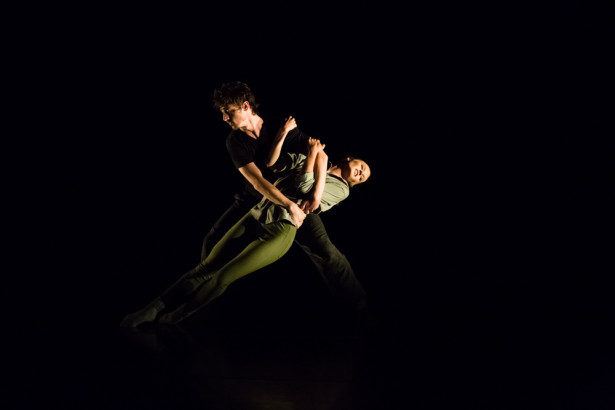 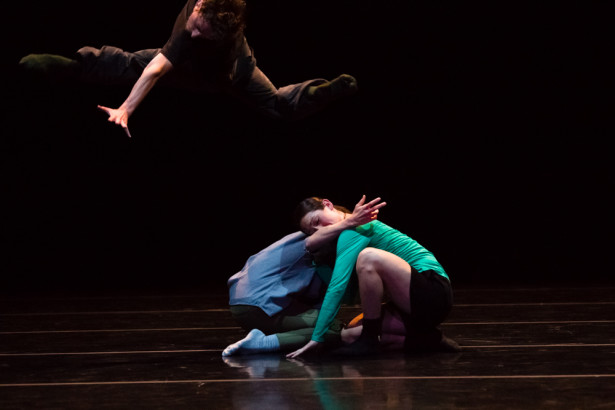 An uncomfortable situation between close friends, who didn’t see it coming.
A solo. A duet. A relationship. A third person enters.
Tension between friends. What then?

“Real” is crisply crafted, with a quirky dramatic arc, and some potent partnerwork between Peil and Kheylik as they take turns tangling and tumbling with each other.

On one level, This is Real. stays in line with a certain branch of contemporary ballet aesthetics—shoulders slightly hunched (so contrary to ballet’s openness), dancers wearing socks, and a tendency toward constant movement. However, the work created a clear world for its three dancers setting out just enough narrative to add oomph to the intricate choreography.

[A] mesmerizing, slightly humorous work that investigates social interaction, confrontation, and the confusion of friendship, as well as romantic relationships…Movements range from quick and fierce (running dodging, slicing arms) to slow and sensual, with the brush of a hand against an arm or a leg setting off a graceful, undulating duet.

May 17, 2013
Cornish Playhouse at Seattle Center