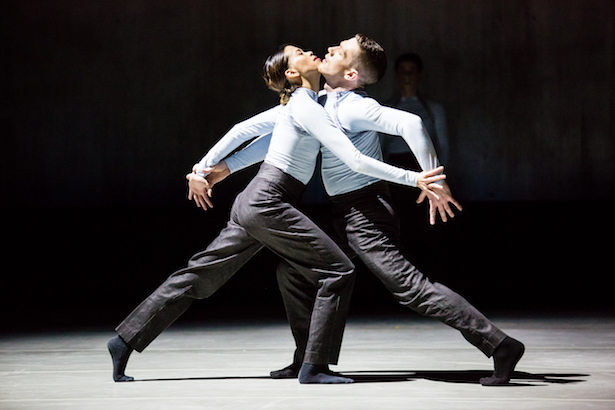 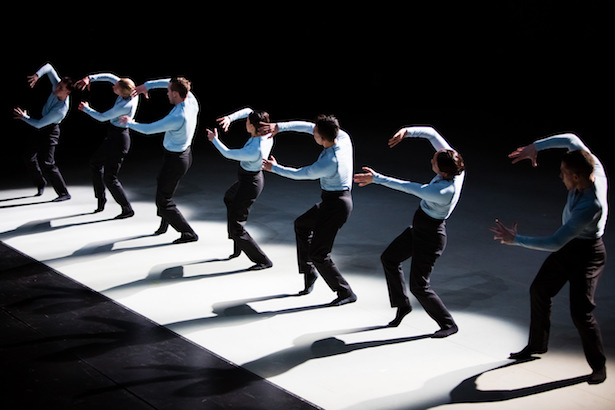 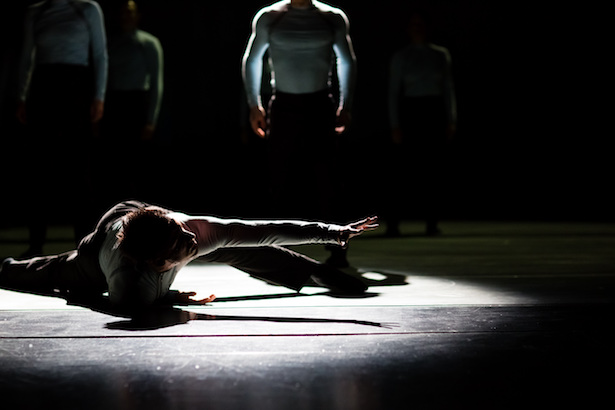 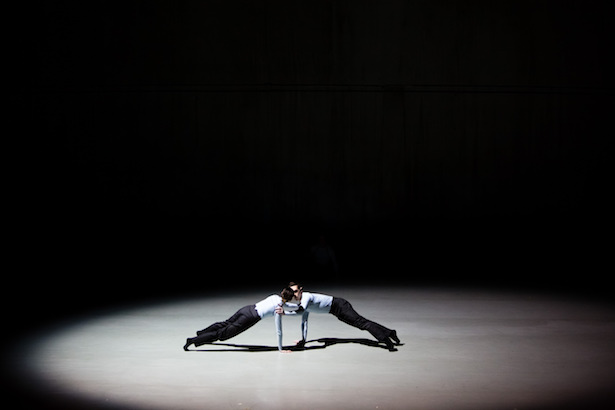 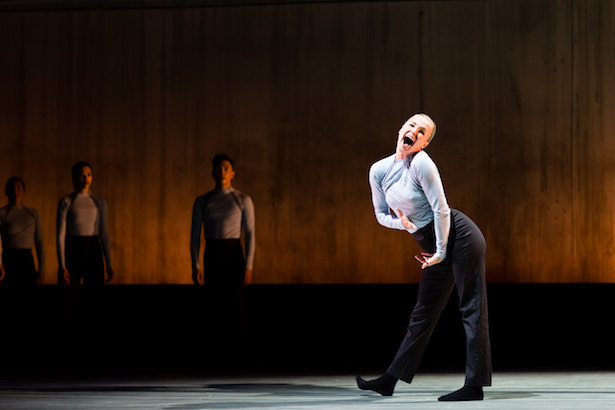 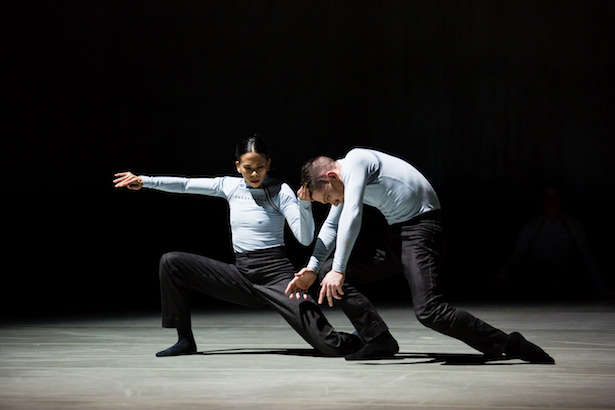 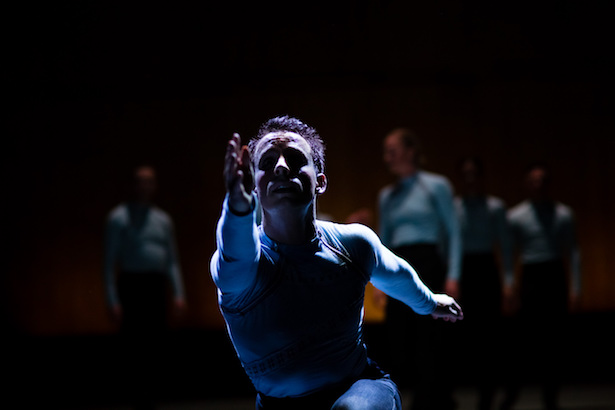 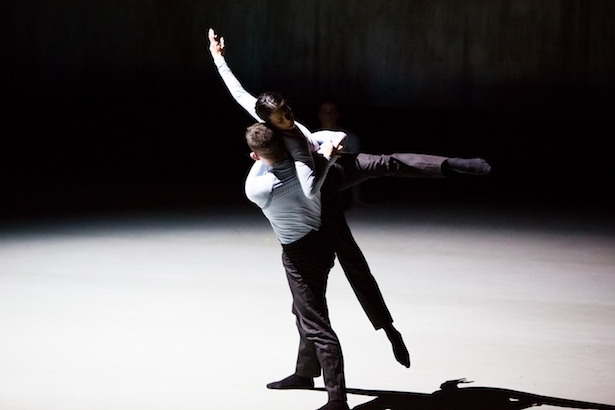 Choreographer Penny Saunders returns to make a new work that’s all about making work. Play by Play follows an idea (played by Justin Reiter) as he’s dogged or encouraged by the rest of the company. Grace, Passion, Prudence, Folly, and others all get involved, but it’s Patrick Kilbane as Doubt who has the most influence. He’s always there—sometimes actively blocking the path, sometimes hovering just behind. See it with your New Year’s resolutions in hand.

A masterful study of the fruition of a new idea. It is a hauntingly intimate portrayal of the uphill battle that any new idea faces. It also works as representation of an individual struggling to find their place in the world.

It was ethereal, dark and light at the same time, and so technically and physically challenging!  Ms. Saunders did not take it easy on the dancers, and pushed them to their physical exhaustion..