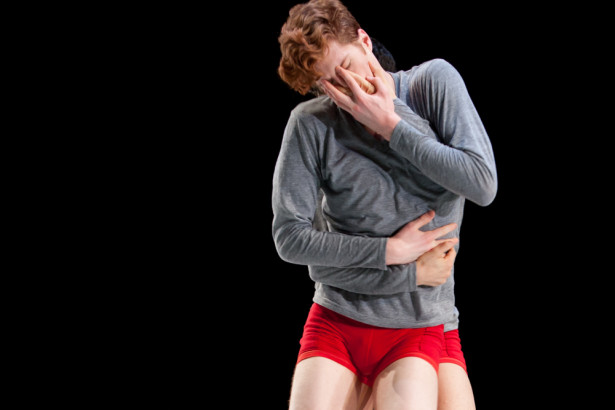 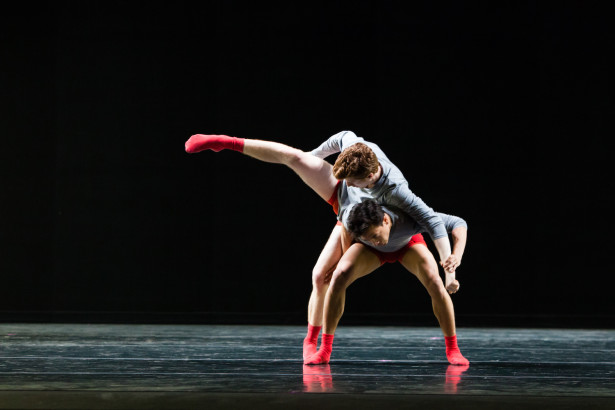 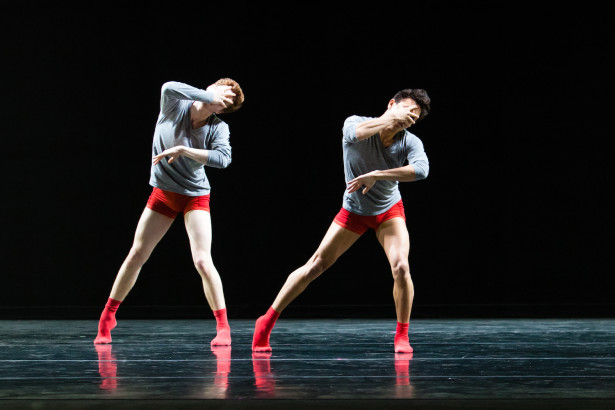 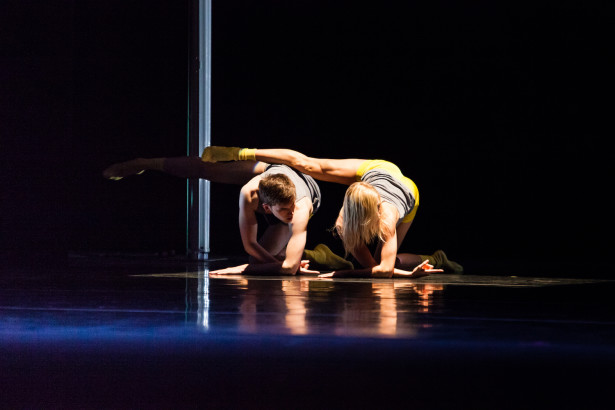 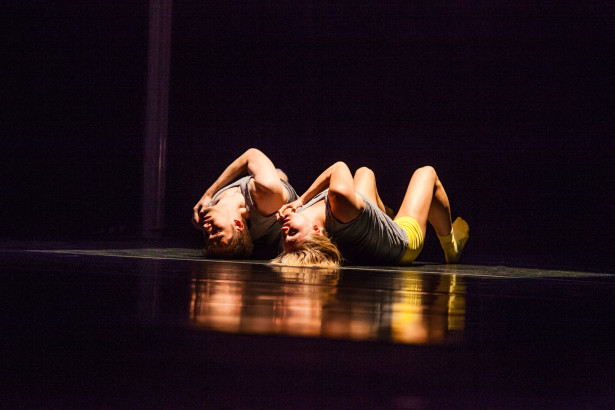 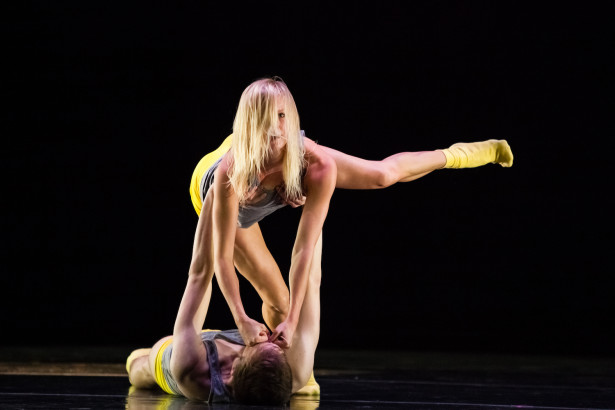 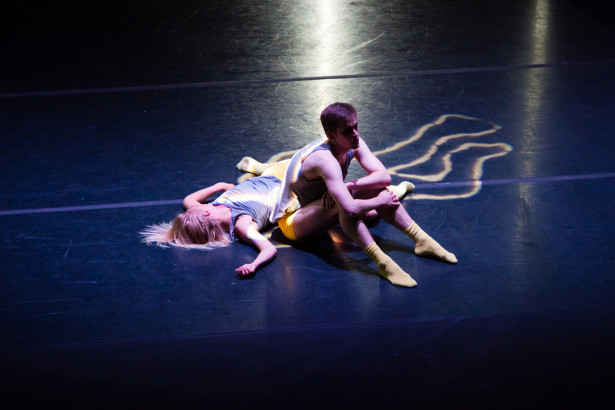 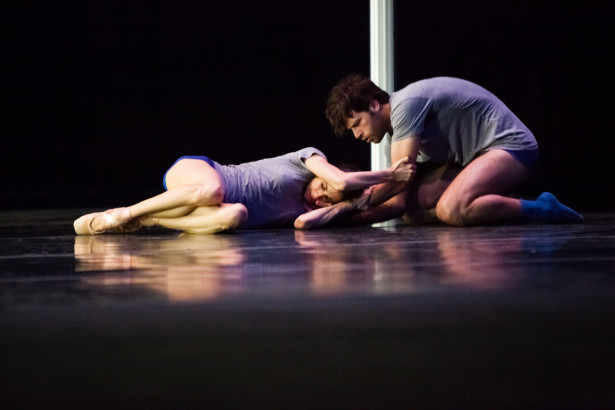 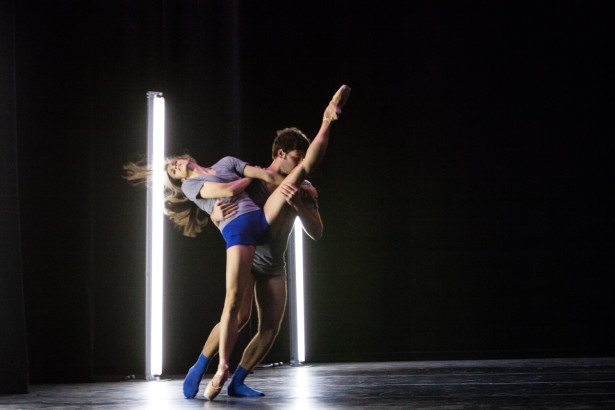 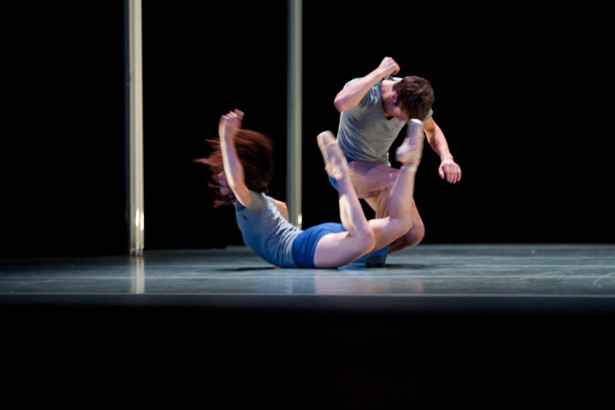 The word ‘monster’ conjures up things that frighten us, things that come out of the dark, our own undersides that we can’t control and/or don’t want to face…
Monster is a triptych in three duets, SOCIETY, ADDICTION, and RELATIONSHIP

SOCIETY becomes a monster, when it disrupts love out of disapproval for the sexual disposition of two lovers, who struggle against the pressure from outside them.
ADDICTION’s monster devours humanity and all human connection.
RELATIONSHIP itself becomes monstrous when two people cannot disentangle tenderness from rage or separate love and mutual destruction.

Let there be “Monsters” — especially when they’re as riveting in their grotesqueries as dancers Ty Alexander Cheng and Kylie Lewallen.“Monsters,” a new triptych of duets by choreographer Olivier Wevers… and it’s a tightly knit stunner. Each segment takes on a different bête noire: drug addiction, internalized homophobia and love/hate entanglement.

The dancers move like compasses in the stark, fluorescent lighting, supported by partners and etching with extended limbs the perimeter of some safe circle, beyond which they are seen as monsters.