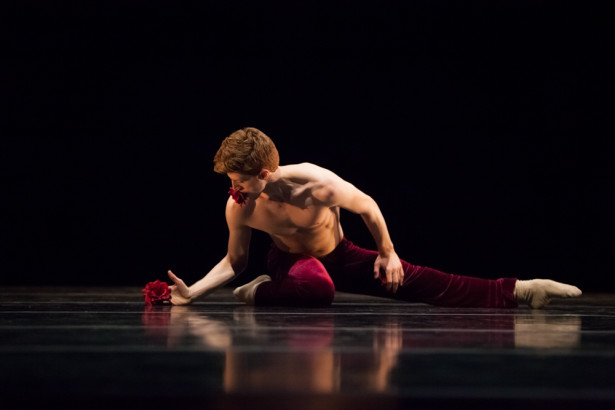 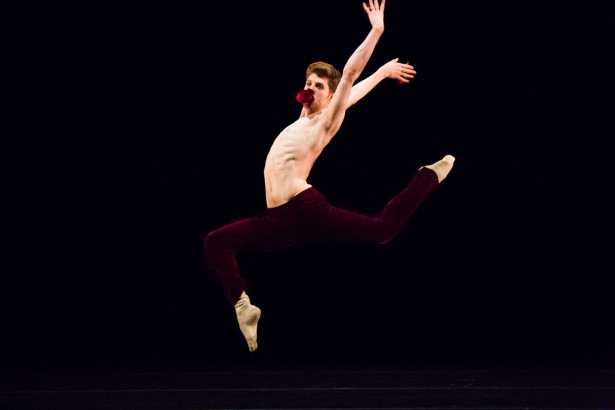 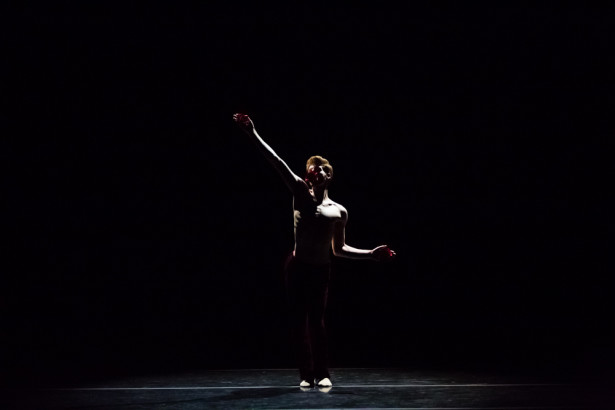 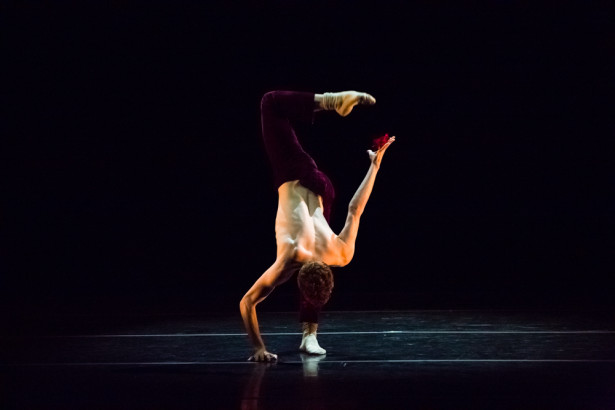 L’Effleuré: Grazing, glancing, a light touch. Skimmed or barely brushed over. Rushing from one place to another. Leaving no mark. A play on the flower and the French word for one who has been gently touched, caressed. Like Louis XIV, the Sun King – in whose court ballet flourished – the flower king exists in solitary splendor, imperious, vulnerable, alone.

The variety, control and detail of his actions, as he unspools himself in response to the music, are truly mesmerizing. There’s a latent violence in his eddying elegance, too, that lends the piece a stinging edge. The crowning touch: he performs the whole thing with a red rose clenched in his mouth (let’s hope someone trimmed the thorns beforehand).

A solemn, noble solo, it featured Bartee in red velvet pants and a deep red flower in his mouth and in each palm. The choreography demanded much clarity from Bartee, and he certainly delivered, deftly interspersing subtle, sinuous body ripples with clean balletic jumps and turns.

[T]his piece mixes slow elongated movements of extension with small, quick footwork and transitions. With a rose in each hand (and one in the mouth), Bartee is mesmerizing—the continual return to a deep grand plie centers the piece, bringing it back to a place he can once again expand from, renewed with a new energy.

May 17, 2013
Cornish Playhouse at Seattle Center