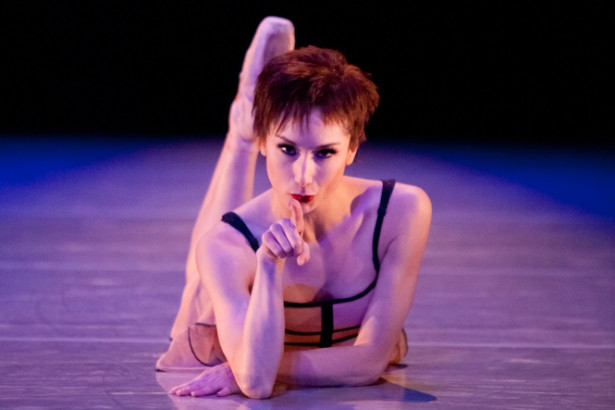 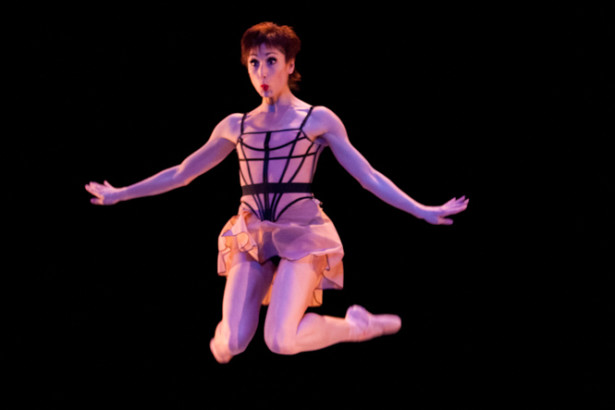 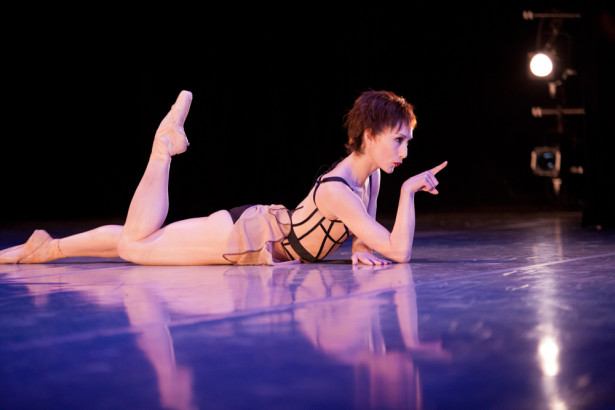 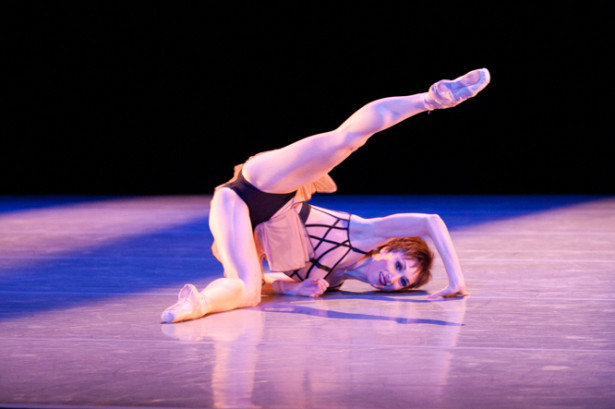 Danced to the allegro movement of a Scarlatti harpsichord sonata played at blithering speed.
Naughty, frivolous, worldly, it’s a dollop of cream, whipped up into a frothy confection and laced with a drop of XO cognac.

It’s all swift circles and slants of flirty movement, much of it addressed to one special someone in the audience. Eames has a ton of fun with it, making flighty balletic nonsense of the Scarlatti harpsichord score that speeds the thing along, and punctuating her tour-de-force turn with the occasional comic droop.

Wevers [is] at his wittiest and most inventive. Sure, the [works are] light — but they’re also technically thorny and trick-filled.

[A] saucy solo for the beautiful Chalnessa Eames… her hair shorn into a pixie-like do, and clad in a wispy nude dress with striking black piping, Eames makes an insufferable flirt. Her dancing is impeccable; every quirky flick of the wrist, wiggle of the hips, and daring dive to the floor is perfectly controlled, even while feigning a stumbling drunkenness.