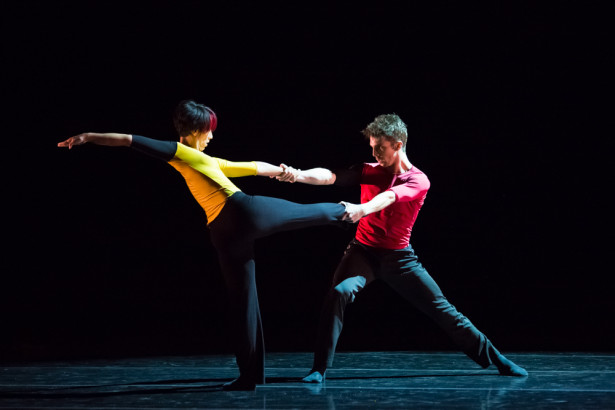 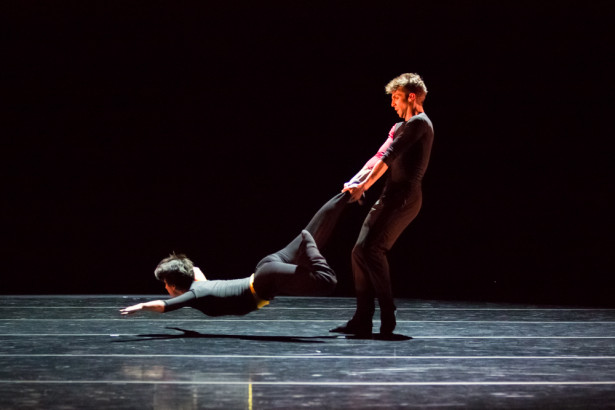 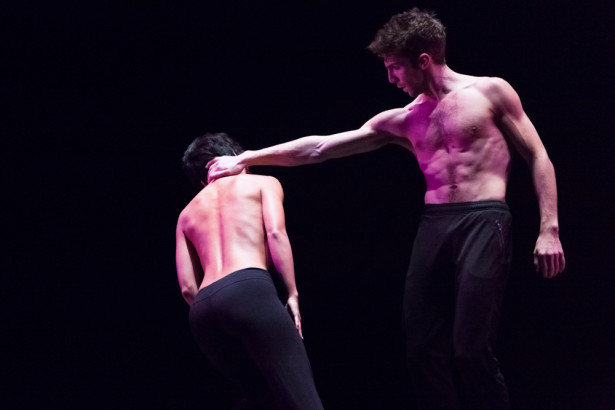 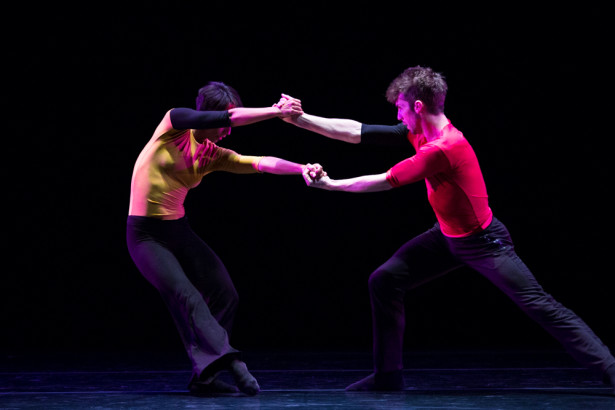 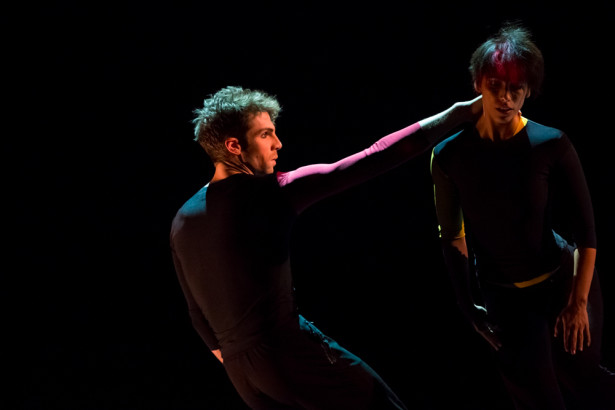 In 2002, Annabelle created her signature work Before After for herself and a dear friend. The two had planned on dancing Before After again one day, but the friend passed away before they had a chance. When Lucien asked her to dance with him, she saw an opportunity to fulfill her promise. The passing of her friend also inspired Cylindrical Shadows, Annabelle’s first Whim W’Him piece, which debuted January 2011.

The title points to the very moment before a relationship fails.
Two people long to be together, but know their bond is about to break apart. Before After tells their story from the first encounter until the end.

In an arena-like circle of light, to a sound-collage of voices, Ochoa and Postlewaite approach and tangle with each other. Their movement is lithe and angular as they parry — tenderly and curiously at first, but growing rougher and rockier in intent as they enter a kind of stripping-down process.

[T]he lighting here in so integrated in telling the story — what looks like a single ring of light separates into two spots that follow the dancers as they move apart. They’re two strong-willed people, and a touch is not always a loving caress — Postlewaite sweeps Ochoa in circles by one leg, where the strength to hold on carries the threat of the will to let go.