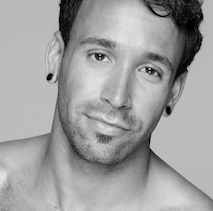 Omar (San Juan, PR) began his formal training at School for the Performing Arts in Guaynabo, Puerto Rico. Omar was a member of Balleteatro Nacional de Puerto Rico from 2006-2011. During this period, he won the Championship Cup and Gold Medal at the National Dance Competition in Puerto Rico.  He received scholarship to the Ailey School in 2011. He performed  Parsons Dance and Ballet Hispánico where he did works by Gustavo Ramírez Sansano, Robert Battle, Trey McIntyre, Kate Skarpetowska, Michelle Manzanales, Tania Peréz-Salas, Carlos Pons and Ephrat Asherie.

Omar’s choreography has been recognized for its originality, and he has been praised for his ability to craft an emotional arc. He has received awards from The Dance Gallery Festival and Reverb Dance Festival. He has been commissioned by Steps Repertory Ensemble and Instituto de Cultura de Puerto Rico. Omar’s new work, DANIEL,  was commissioned by Parsons Dance for the company’s 2017 Joyce season as part of its initiative to support emerging choreographers through David Parsons’ GenerationNow Fellowship. He was one of the winning choreographers for the Joffrey Academy of Dance’s 8th annual Winning Works Choreographic Competition and he is about to create new work on Whim W’him as part of the company’s CHOREOGRAPHIC SHINDIG IV.