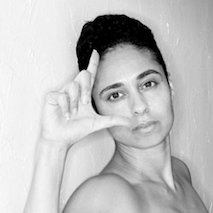 Danielle was born in Israel in 1984, where she studied at the Jerusalem Academy of Music and Dance High School and was a member of the Batsheva Dance Company. Between 2007 and 2009, she served as the Artistic Director of Batsheva Dancers Create, and functioned as the company’s rehearsal director from 2008-2010. After 8 years with Batsheva, she moved to New York to serve as the Senior Manager of Gaga U.S.A. In 2012 Danielle relocated to Seattle, where she founded Ate9—to fully realize her artistic voice as a dancer, choreographer, and teacher. Danielle was the grand prize winner of the 2013 & 2014 Annual Choreography Festival at the McCallum Theatre and Dance Magazine’s Top 25 to watch in 2015. In 2016, she was recognized with the Princess Grace Award for Choreography.