It’s the first time in ages, several years actually, since I’ve seen something new by Whim W’Him artistic director/choreographer Olivier Wevers without having discussed it with him ahead of time. Aside from knowing that it addressed gender in some way, I went into a rehearsal of Back, sack, and crack, at Spectrum Dance Theater without preconceptions. An interesting exercise. A duet of Stacie L. Williams and Alex Crozier-Jackson unfolded. They moved in strange demi-pointe stalking steps, like high-strung water birds’ facing off. There were odd moments of contact between not usually associated body parts—an elbow of one dancer held under the other’s chin; a face pressed along a moving thigh; a hand cupped sideways across a chin. And lots of heiroglyphic hand movements—the fingers of Vincent Michael Lopez, after he entered the fray, scrabbling at his own back; Stacey’s skittering along Alex’s arm. As fragments rehearsed out of order, they were calling out eloquently something I couldn’t quite hear.

Then the dancers went upstairs to a run-through for them, and more clarity for me.
Both in its classical music framing and in theme, Back, it seems to me, is an apotheosis of Olivier’s earlier FRAGMENTS. Originally a duet for two women, FRAGMENTS was recast for Whim W’Him’s 2010 season as a meditation for a man and a woman on coming-into-one’s- own. Its dazzling, sinuous solo for the former was first danced by Vincent Lopez, who is also the central figure of Back. This new work of Olivier’s explores some of the same questions, but with a larger cast and a whole range of different movements and additional relationships. Set on eight dancers (Vincent, Stacie, Alex, Derek Crescenti, Jade Solomon Curtis, Donald Jones, Jr., Shadou Mintrone, and Kate Monthy), it opens with seven of them in high heels, posing and prancing in self-absorbed unison, while Vincent, in socks, writhes on the floor below and between them. The piece is strong, almost sinister/scary in its building intensity. I don’t understand its title, to be frank, and the final few moments are still being choreographed, but yesterday afternoon was a tantalizing introduction. Can’t wait to go back today. 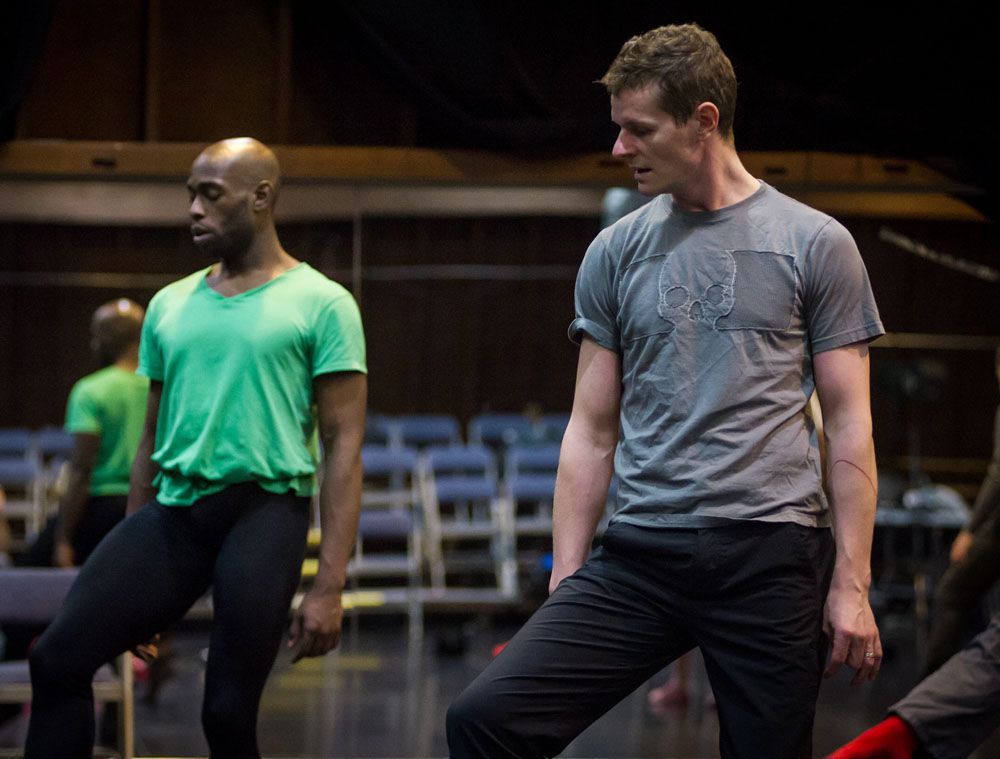 Up next: More on rehearsal of Back, sack, and crack, which opens Friday, November 30, 2012 at 8 pm, as part of Spectrum’s Fall Studio Series: Wevers/Spaeth/Byrd* https://spectrumdance.org/

*Special funding for Back, sack and crack is from the Princess Grace Choreography Fellowship Olivier received in 2011.