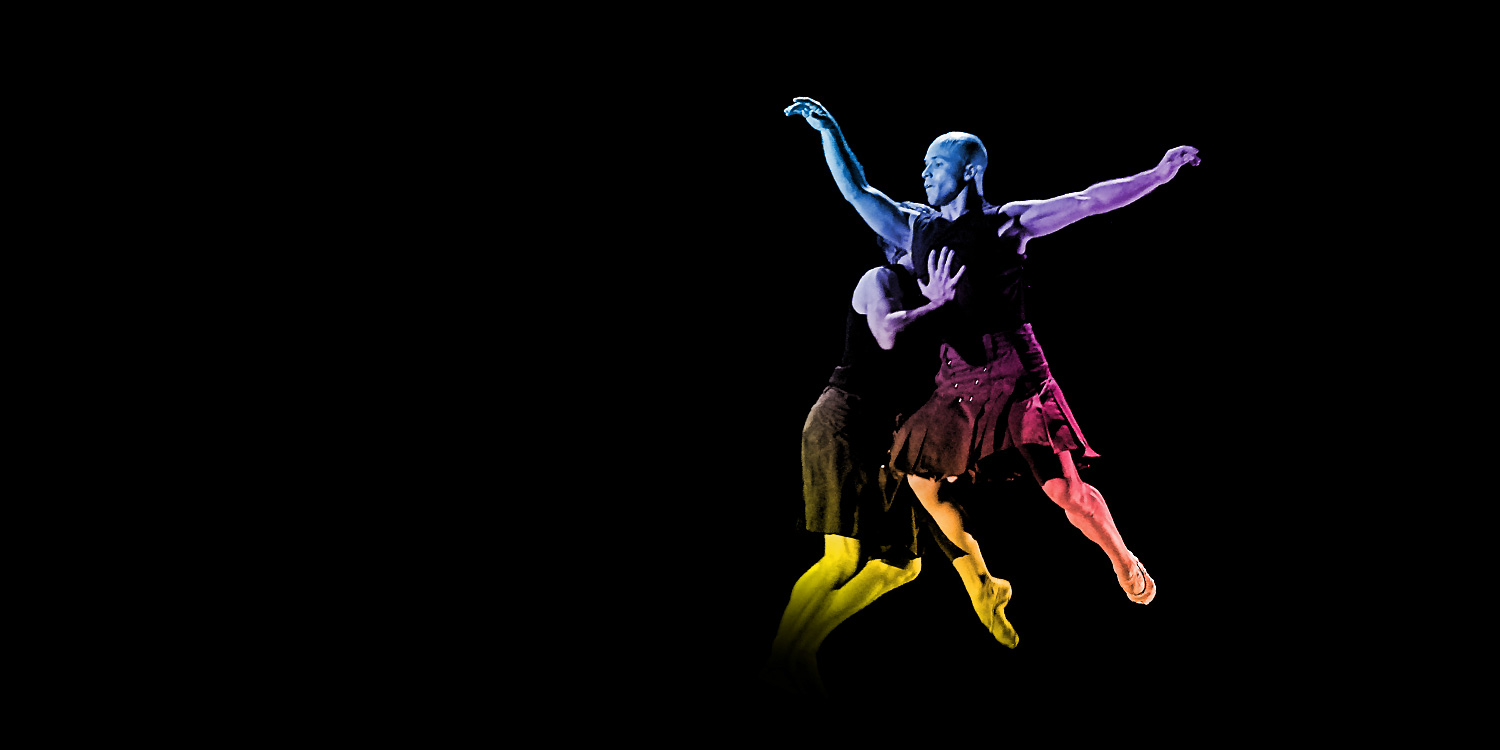 A powerful male duet set to music by Murcof.

The piece opens with both men, dressed in kilts, stepping into pools of light; as the lights fill the stage, they begin their playful joust.

Ultimatum draws its energy from the strong presence and technique of its dancers. The dancer’s movement quality switches quickly from fluid and controlled, to crisp and sharp. The men play off each other’s movement creating a chance for them to show off for each other, and the audience.

Following two solos, the men rejoin each other on stage for the remainder of the piece. Their combined energies amplify the power on the stage, which grows until the men separate and find themselves in their original pools of light.

As the music fades, the lights dim, and both men retreat from their light, as if the work and sweat they left on the stage never happened.