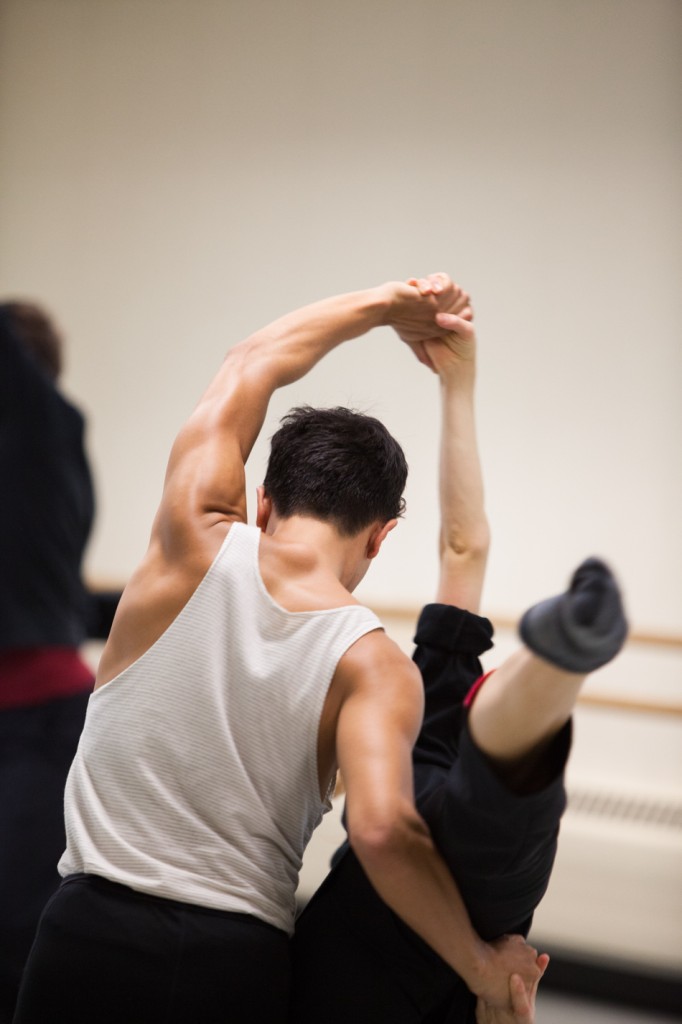 Upstage right, hands on shoulders, then neck and back, compact and sinuous, Amber Willett and Jim Kent sway side to side, spiraling downwards through a series of maneuvers, like bodily sleight of hand. At the back of the studio, Kyle Johnson propels Mia Monteabaro—moving, stiff as a mechanical doll with a playful smile, in miniscule rapid heel steps—across the room; a bit after he lifts her sideways.

Downstage left, small Lara Seefeldt prone on the floor, grasps the ankles of tall Andrew Bartee & thrashes her legs in the literal embodiment of a squawk of comic indignation. Tory Peil and Shawn Ohmer slice a bold diagonal across the floor, devouring space.

It’s Monday morning at 11:30, and rehearsals are underway again after a 3 week pause, for the opening of Crave More*. The Sofa, choreographed by Whim W’Him’s artistic director Olivier Wevers, begins with an hour of separate practice by the four couples, each totally caught up in a separate private bubble. Before work began, some of the dancers complained ruefully of too little recent exercise and too many celebratory goodies. (Olivier himself ate foie gras each day he was in Monaco over the holidays with husband Lucien Postlewaite—they even prepared some themselves.) But everyone is excited, primed for the home stretch.

From a chair before the mirror, Olivier watches, alert and intent. “If it feels horrible, it’s probably right,” he says out loud to no one in particular. 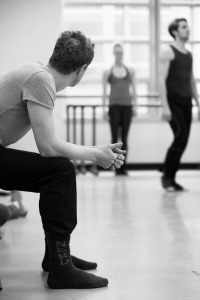 From time to time he makes a verbal correction, or praises a nice bit, or jumps up to guide someone through a difficult sequence. He’s on his usual quest to eliminate gestures executed without intention, unnecessary transition steps, or movements that are pretty just for pretty’s sake. 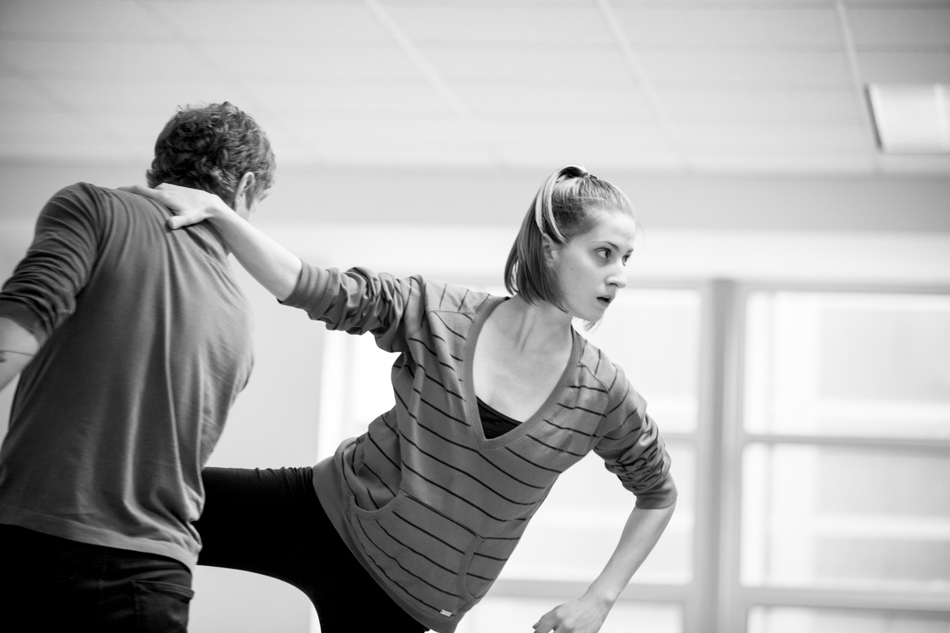 Standing to leave, in a pause at the end of two hours, I ask Olivier how he thinks it’s going. He smiles wryly, at least as much at himself as at anything in the studio, and says, “Well, there’re a lot of details that still need work.”
“If you didn’t say that, I’d think you were losing your grip,” I laugh. So does he.
But he also looks pleased with the dancers’ progress and tells them they’re doing great as they take a break. It seems to me the time off has consolidated their work, in that strange way it often does. The couples’ connections feel stronger; each pair is becoming distinct and particular, even when their movements echo those of the other couples.

I’m eager to go back tomorrow and the next day to finally watch Annabelle Lopez Ochoa‘s new Crave, after seeing only tantalizing snippets or still photos and hearing so much about it.

Far flung Whimmers are converging on Seattle. Shane, off dancing in the far flung corners of the world—Australia, New Zealand, Monaco, Geneva, Minneapolis, Northern Minnesota, Los Angeles, San Diego, Buffalo, Baltimore, Naples (FL), NYC since his last show Whim W’Him show—just came in from Cincinnati where he was visiting family.
Mia is back from California. On the weekend Lucien and Annabelle (newly back from Bali) met up in Madrid to rehearse together for this show. After his return to Montecarlo to dance with his company there during the week, they both travel to Seattle, arriving late Saturday. Lighting Designer Michael Mazzola will come up from Portland on Sunday, while Yuka Oba and Nicholas Schultz, the lead couple from the original Sofa cast at Grand Rapids Ballet, are set to fly in that night.
Next Monday the company moves to the theater. 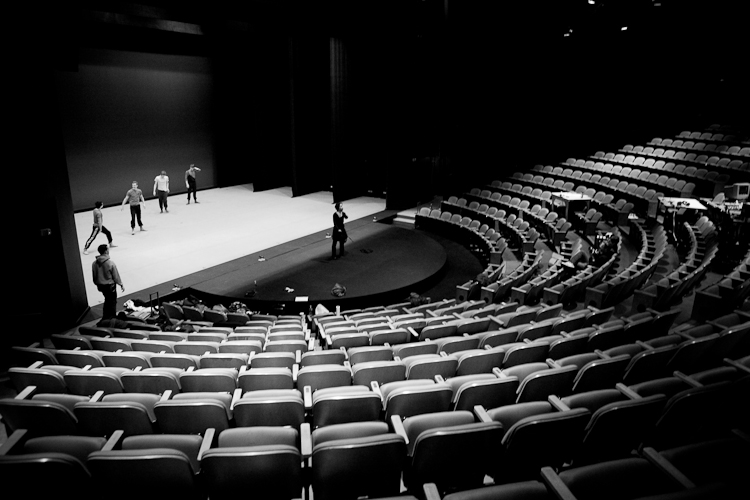