Kyle Matthew Johnson, the one male among Whim W’Him’s newest cohort of dancers, was born in Tacoma, WA and grew up participating in all sorts of art forms. He drew; he painted; he performed in musicals. He played the violin for 8 years and taught himself the piano. At 12 years old, he also took up dancing, at first through Metro Parks Tacoma.  After 3 or 4 months of that, his mom signed him up for classes at Tacoma City Ballet. Throughout his years at the Tacoma High School of the Arts, he continued to play the field artistically. “I didn’t like being pigeonholed,” he remarks. 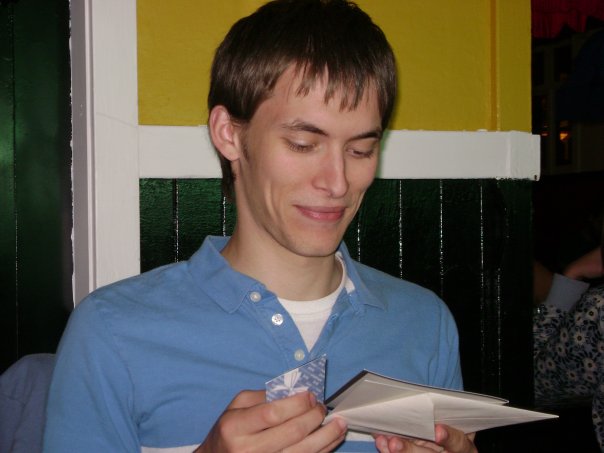 In high school, among his welter of activities at school, Kyle danced full time with Tacoma City Ballet and attended two summer programs at Pacific Northwest Ballet. Then, during his senior year, Kyle decided to drop dance in favor of music and theater, but he also did some choreographing of a version of Romeo and Juliet with Sonia Dawkins for Tacoma Actor’s Guild. Although that particular project was cancelled before it came to fruition, Sonia asked Kyle to work with her in a new program in fall of 2007. So instead of giving up dance, he became a professional dancer. 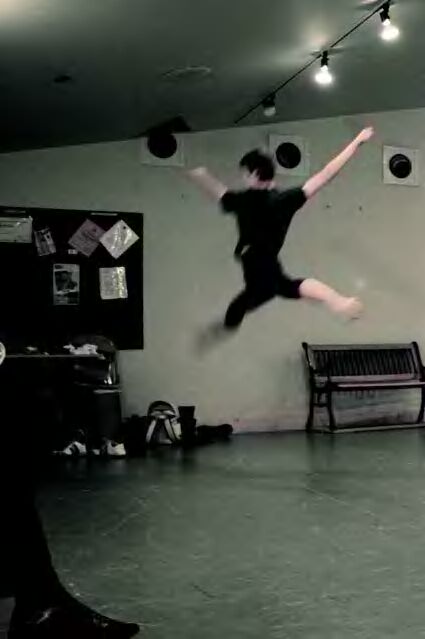 When Ballet Bellevue contacted Sonia for male dancers, she recommended Kyle.
He added performing in their rep shows to his multiple activities. Soon, in the manner of a classical performing arts fairy tale, understudy Kyle got his chance. During production of The Snowman (based on the children’s story without words of that name, by British author Raymond Briggs, with music by Howard Blake), the lead dancer hurt his knee. Kyle took over the role. He went on to dance full time with both Ballet Bellevue and  Sonia Dawkins/Prism for the next couple of years, then continued just with Sonia. 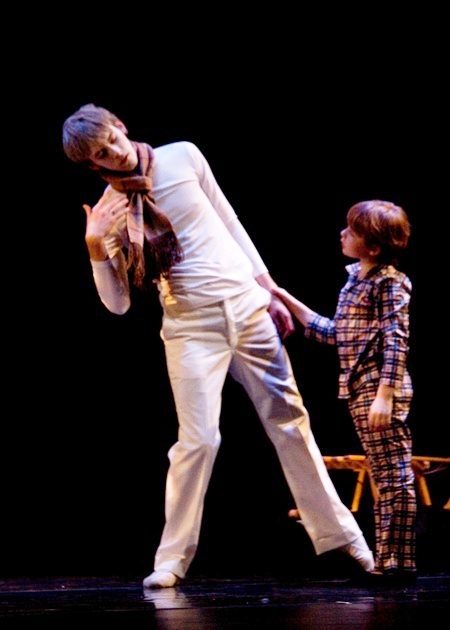 At this point in the story, as Kyle puts it, “came the long part.” The full-time paid company for Sonia Dawkins/Prism was 4 dancers. But fund-raising wasn’t working out.
At the beginning of the year, they rehearsed anyway despite no salaries. Time passed.
Kyle got in debt, couldn’t pay for his apartment, and moved back in with his parents,
who have always been very supportive. At last he realized he couldn’t survive on the little he was earning, however, and left the company in February. To work himself out of the hole, he taught classes and did musical theater in Tacoma. 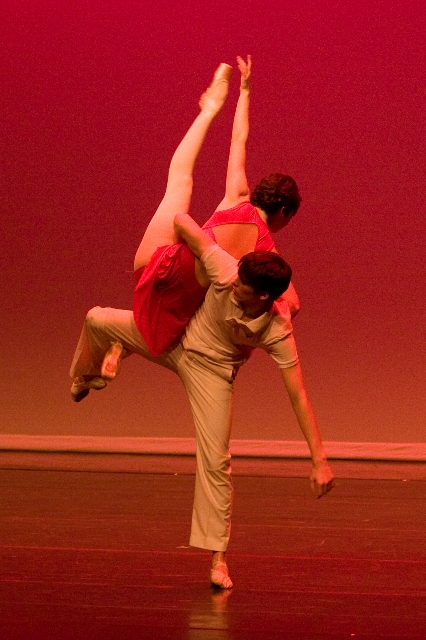 Kyle has done a lot of auditions in his career so far, including a hot one for Houston.
“It was 105°. There were fans in the windows. It was a four-hour private audition.
That,” he says, “was hard. But the most grueling audition was for Orpheus and Eurydice at Seattle Opera.” There were 50 to 60 people in the studio, and the dancers were really put through their paces by Greek dancer/director Yannis Adoniou. Kyle had to improvise an interpretive solo, using one combination, but on different levels, with different dynamics, fast and slow but mostly fast. He kept it up for 10 or 15 minutes. At the end the director sent him over to the side, saying, “I think you made some friends here.” A bit later, he asked Kyle to improvise a duet with Marissa Quimby, in which he was supposed to “displace her and tame her without stopping the energy. Lifts! Spinning!” The audition was exhausting, but the show, in which dance was integrated into the opera, not just tacked on as an interposed interlude, was original and fun. 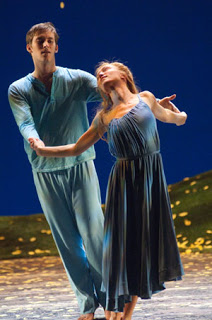 At Seattle Opera Kyle has danced as well in two Spanish-themed operas, with very different approaches. In last season’s Massenet‘s Don Quichotte, as he said in a blog post for Seattle Opera earlier this year, “I worked with the acclaimed Spanish choreographer Sara de Luis, one of the leading experts in Classical Spanish Dance.
This style was a whole new skill for me, and it was such an amazing experience to learn it from Sara.”  In Carmen, under the direction of choreographer Peggy Hickey, “The dancing…was far more grandiose than in Don Quichotte last season (including a dream ballet prior to Act 4), but didn’t distract from the action on stage; it added another layer to the overall picture, and was a pleasure to dance.” So far he’s been in 4 Seattle Opera productions, including The Magic Flute—where the dancers were birds, palm trees.

Last spring, Kyle contacted Olivier Wevers, Whim W’Him artistic director, about last May’s Approaching Ecstasy and was taken on as an understudy, then hired as a dancer for the current production, Crave More, where he will be seen January 18-20, 2013 at Intiman Theatre (tickets now on sale at: Whim W’Him | Crave More).
He now dances for Whim W’Him, does musical theater with Village Theatre from time to time, clerks at Mud Bay store “For Healthy Dogs and Cats” (the first non-arts related job he’s ever had), and writes— everything from occasional entries (rants, he calls them) for his blog The Nonsensical Ravings of a Theatrical Mind to a psychological thriller that he recently began. Always trying out something new, Kyle is a veritable Renaissance Man. “I don’t like being settled,” he declares. 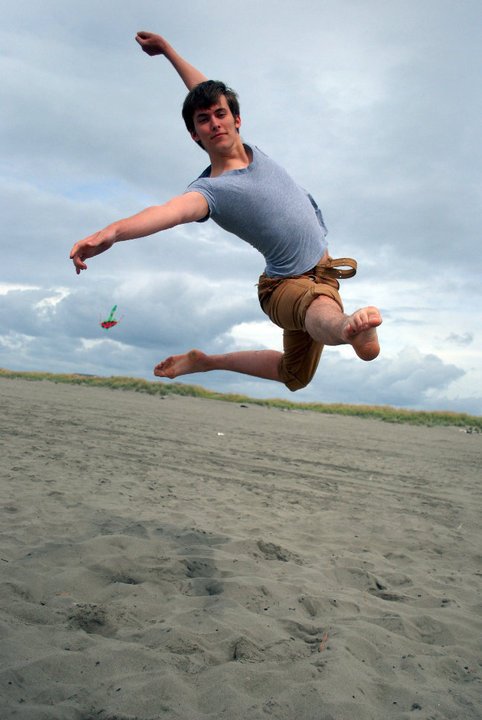