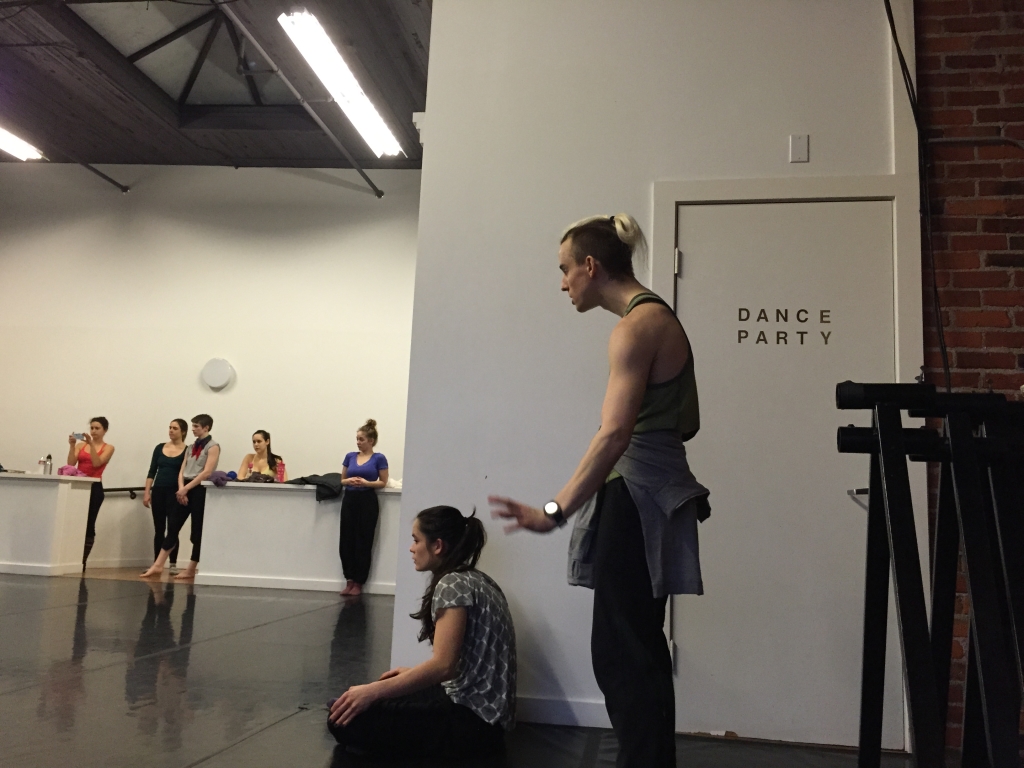 It’s always intriguing to watch people in different roles than usual. On January 17, in the midst of the THREEFOLD weekend, I went to Velocity Dance Center in the afternoon to watch the third of three master classes taught by Whim W’Him dancers, who in the studio I have mostly seen taking direction from choreographers. Each VDC workshop focused on movements of one of the three THREEFOLD choreographers. Work by guest choreographer Penny Saunders and Whim W’Him artistic director Olivier Wevers was featured the first two Saturdays, that of Loni Lander the day I watched. 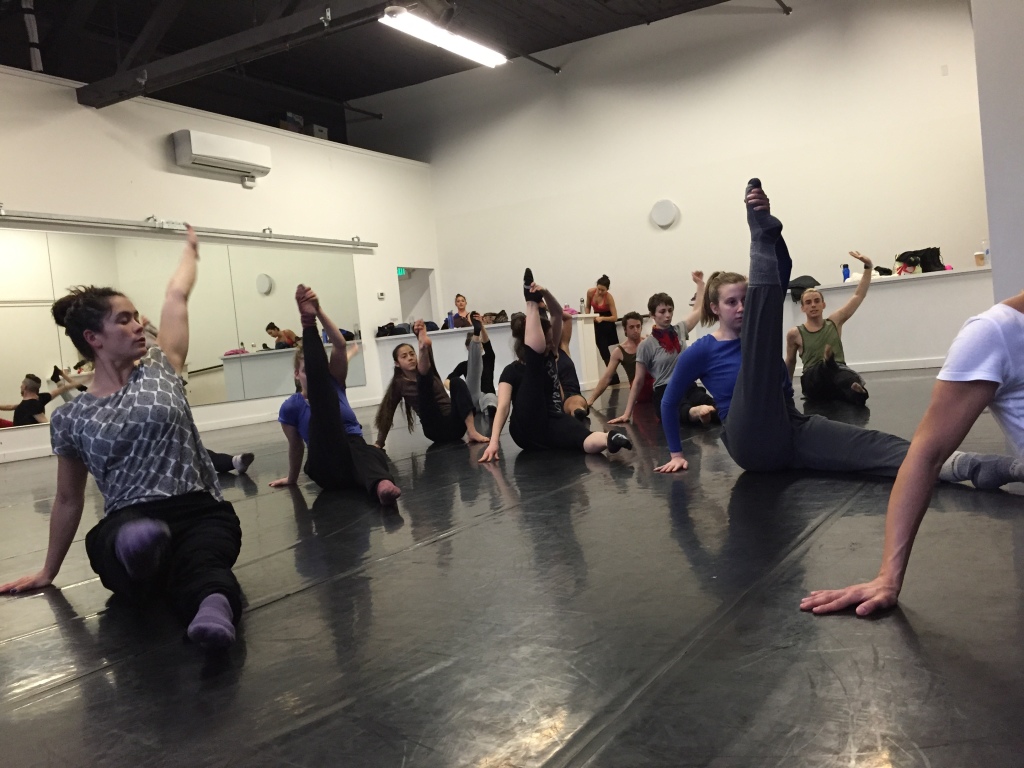 The class was kicked off by dancer Tory Peil (who took the photos in this post). The class quickly warmed to her good nature and a vigorous workout that ran the gamut from moving fingers and massaging the face to yoga poses to swinging, rolling and swaying in full-body back waves. After a while, the irrepressible Thomas Phelan took over, putting the dancers through paces based on some of Olivier’s characteristic movements, like the “sickle-pickle” foot or something called “swivel fish” and using Weveresque images such as “moving through golf balls,” cutting and carving through space—”not under water, with energy, not too smooth”—and the idea of “partnering the air.” 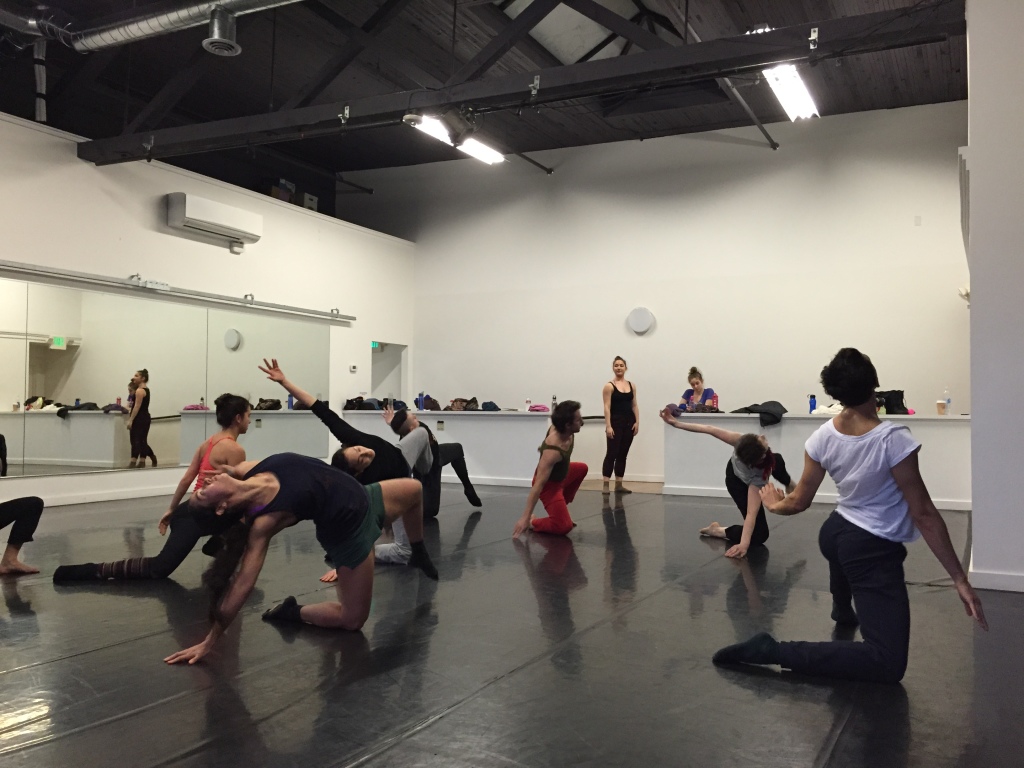 The final and longest part of the hour and a half long class was led by Jim Kent and Justin Reiter based on their roles in Loni’s new year new you. They began, as she had, with some improv exercises and moved on to teaching some sequences from that piece. The participants were skilled, eager, and with their widely varying ways of moving, it was quite fascinating to see how many interpretations could be put into an instruction like “magnetize a part of the body” use it to attract or repell. 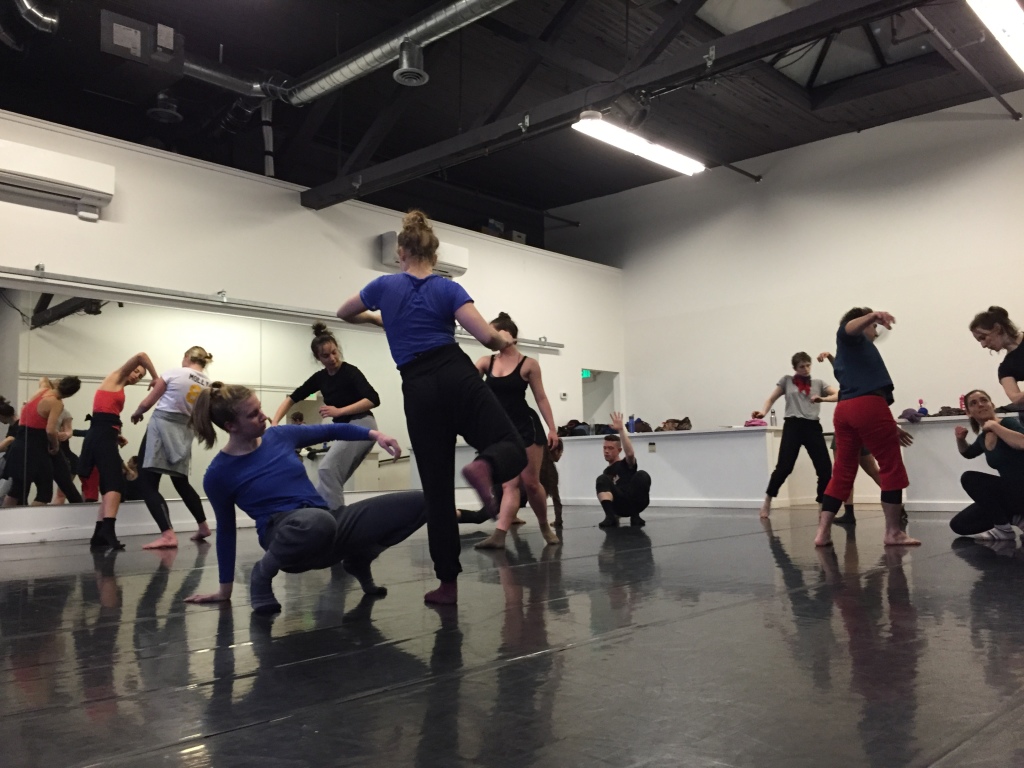 First the dancers worked individually, then in pairs, and finally in threes or fours. “Try to be specific with whatever part of your body is initiating,” said Jim. “Think about space or aura around your partner. And think about moving less, think of it as a listening lesson.” Justin called for a “fluid partnership. No leader,” and asked the dancers to “don’t think about it ahead—let it happen,” while Thomas advised, “Don’t just indulge in the space” and “keep breathing.” The whole class seemed galvanized by the Whimmers’ engaging lightness of spirit, their humor, and their ability to work together in an easy flow which they led and joined in equal measure. 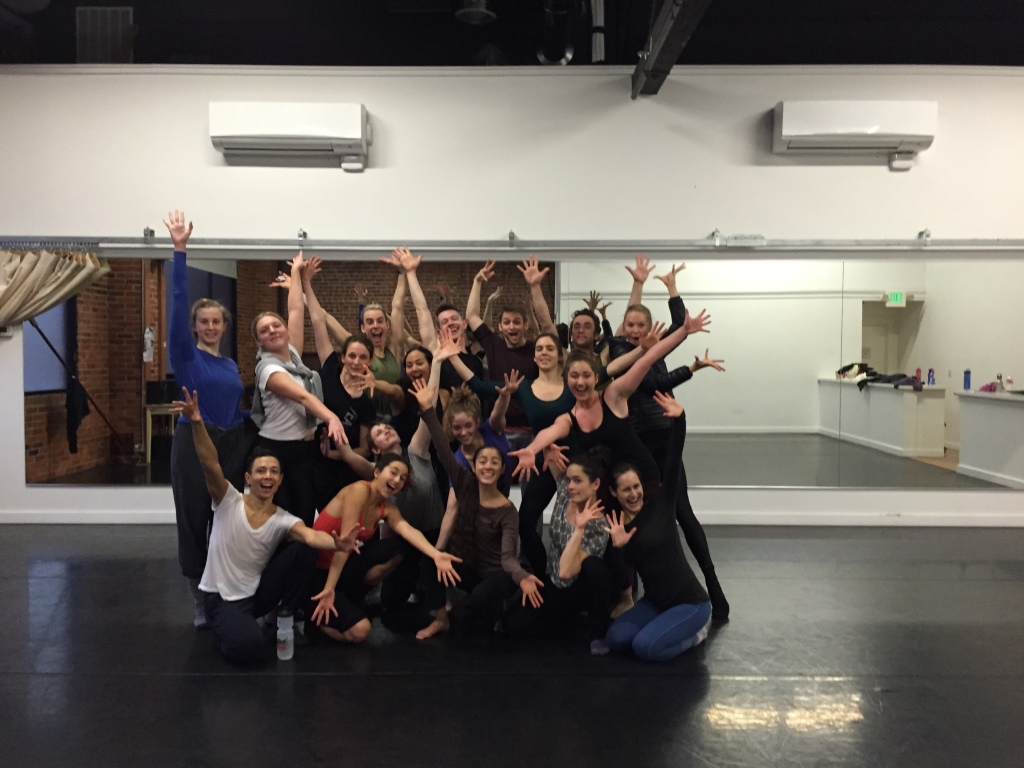