Marketing. Audience education. Changing dance coverage. Conflicts of interest.
Last week I attended two panels and took part in a third at the Dance Critics Association* meetings in Vancouver, BC, held in conjunction with the World Dance Alliance—Americas conference. The festivities were held in the wonderful Scotiabank Dance Centre, “purpose built” for making, performing and writing about dance.
The offices of Dance International magazine are there, along with light and roomy studios, meeting spaces, and a black box theater. 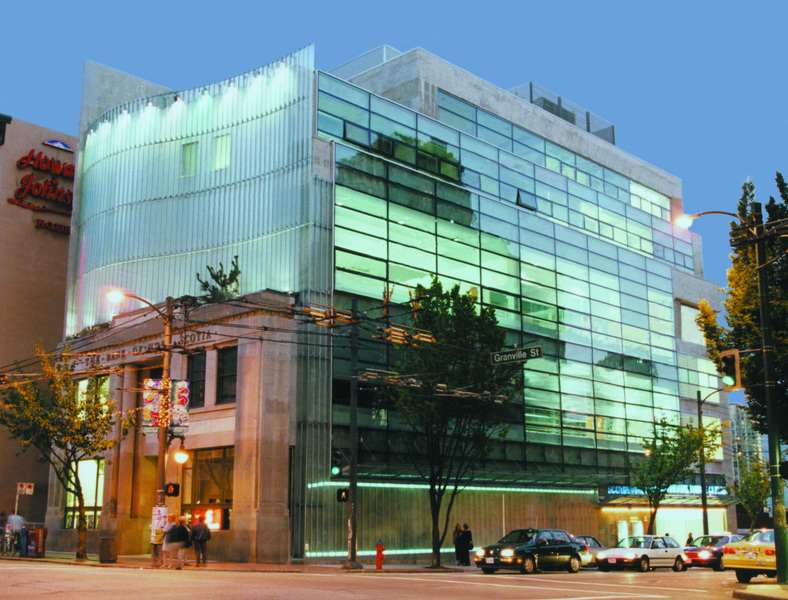 Fascinating to observe the field of dance burst its confines. As in most aspects of life these days, the strict compartments of a Mondrian painting have been breached and the dance world now more resembles the whirling projections behind one of the pieces in last Thursday night’s WDA dance program.

Fluid boundaries.
It used to be that dancers, choreographers, company administrators (executive, artistic, marketing), critics, and fans inhabited separate spheres. A dancer might become a teacher or ballet master or a choreographer the head of a company, but critics tended to stay at arms length and audience members didn’t write public reviews.
George Jackson started reviewing dance in college in 1950. He had a thorough apprenticeship in his trade. Others such as Sandra Kurtz and Carolyn Kelemen came on the scene considerably later, yet they still could make careers and livings writing about the arts, especially dance. 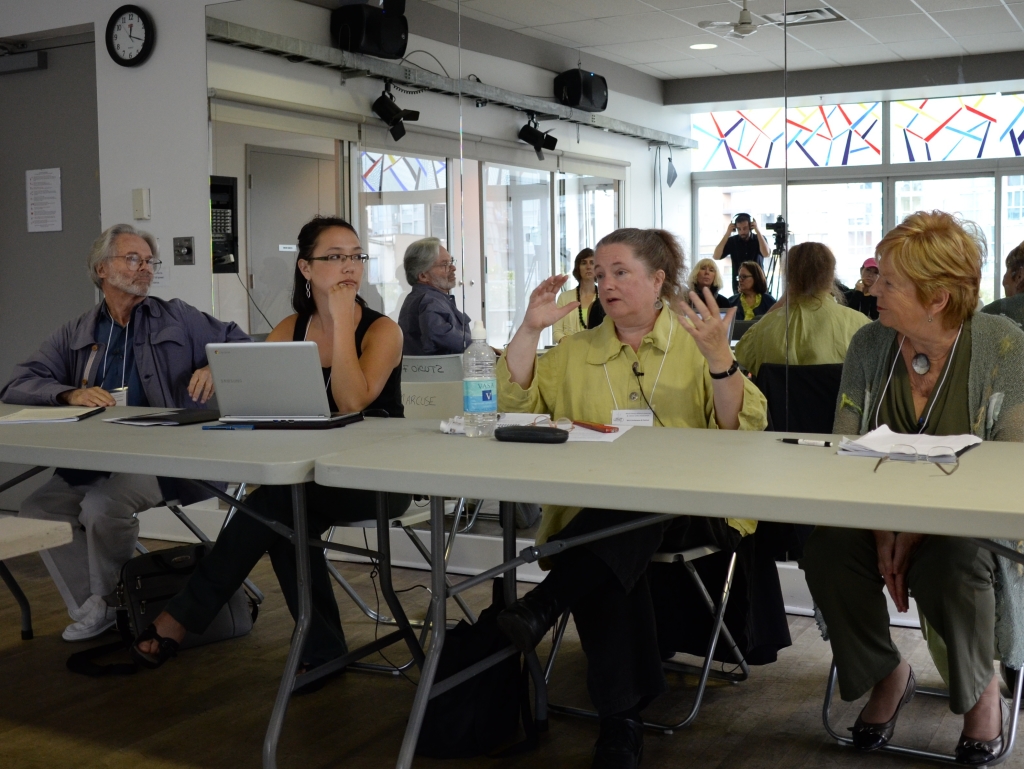 But those new to the business have to learn and do their job part-time, and on the fly. Even well- established critics no longer have a traditional, regular public forum. With the old media receding, dance reviewers are dropped by many of the newspapers still extant.

Critics of dance have to find other outlets, though there’s no money in it to speak of.
It’s done as a labor of love and from a sense of imperative duty to acknowledge and comment upon all the myriad forms of dance on the scene today. For like the need to make dance, the desire to talk about it, assess it, take stock of it has not gone away.
Just as dance itself is far less strictly divided into classical and modern and popular, and influences from hip hop to aerial dance seep in, so dance-making and writing become ever more intertwined. Blogs of all sorts, education programs that are part of marketing efforts, free-lance reviewing, and specialized websites all enter the mix.
Distinctions blur. Roles blend and merge. 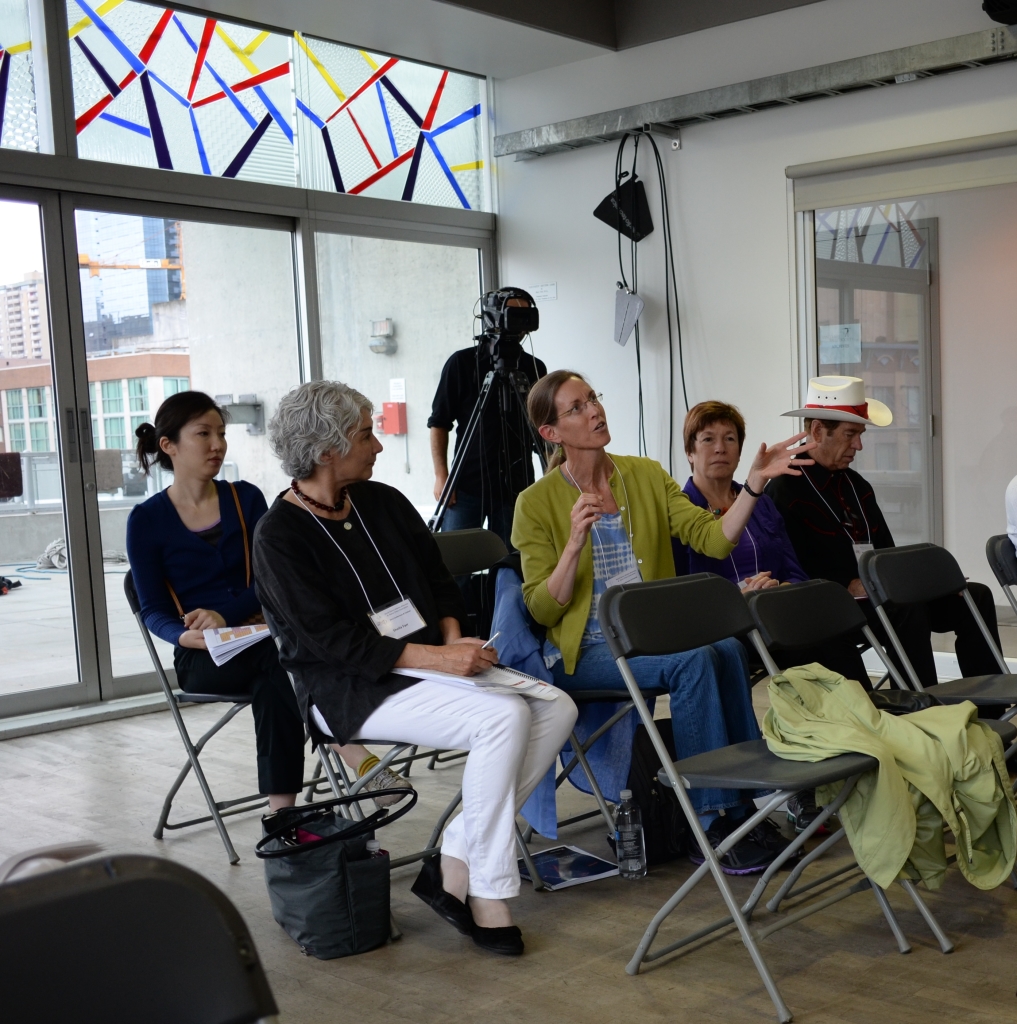 Some cases in point on the panels in Vancouver:
•DCA conference organizer Mariko Nagashima is a dancer, dance teacher, and tireless reviewer of dance for the online publication SeattleDances.
•Brian Schaefer has been a performer, presenter, critic, journalist and just returned from 3 years in Israel, where he wrote about Israeli dance and its place in the wider culture.
• Zoe Scofield (zoe | juniper) is a choreographer, for whose No Ideas But in Things project, critic Jeremy M. Barker (Culturebot) is “embedded” in the process—a blog records his ideas and impressions, continues over an extended length of time as various elements of the piece are created and performed, and is an integral part of the entire work. (The voices of Brian and Zoe were present on two of the panels via Skype.)

The new landscape presents new challenges and opportunities. When I started this post, I meant also to consider such topics as education and marketing—or a question that I think is particularly important, conflict of interest:

Suppose you take class next to (or even from) someone in the morning and are called upon to review her/his program in the evening. How do you keep your objectivity?
Is “objectivity” even possible? After all, even among those who don’t dance themselves, there is always the possibility—even probability—in the small dance world of the critic being at least acquainted with choreographers, artistic directors or performers reviewed.  Is there any way to protect against bias?

These are such big subjects, however, and raise so many subtle and knotty issues that it makes sense to save them for a full post (maybe two) a couple of weeks down the road, after Whim W’Him has been to the Joyce Theater and held company auditions in New York, August 12-13, 2013 (THE JOYCE THEATER | BALLET V6.0: WHIM W’HIM).

The Vancouver DCA conference engendered intriguing questions, articulate panelists, lively audience participation, good company. It was exhilarating to meet and talk with others in allied fields about subjects that concern us all.
Let’s keep the conversation going. 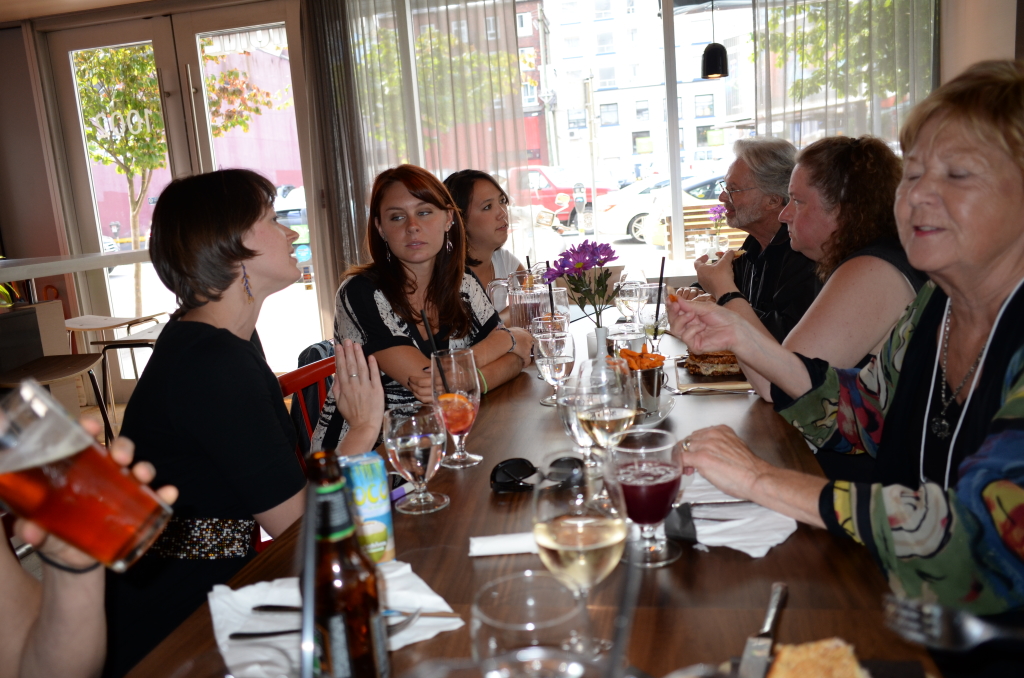