Since he retired from Pacific Northwest Ballet with his recent performances in A Midsummer Night’s Dream, Olivier Wevers and Whim W’Him have been far from idle. Already two different shows have been slated for Seattle, the sexy Coquette, which took place May 27-28 at the Triple Door; and this month’s reSet, on June 24-25 at Intiman Theatre. Future projects here and in other cities are in various stages of planning. Watch for more announcements soon. 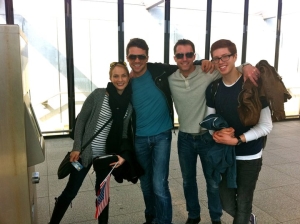 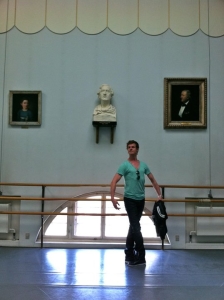 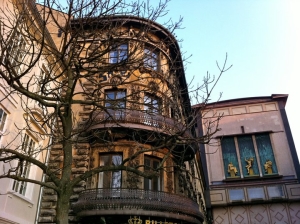 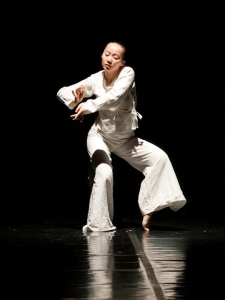 …thrilling to be at Det Konelige Teater, workplace of the immortal August de Bournonville and take company class with the Royal Danish Ballet.

It was especially exciting to dance…

—some so edgy and outré that, as Olivier said, “I didn’t get it at all!”

Despite not winning the prize, all three Whimmers relished the experience. Whim W’Him was the first American group to be invited to compete in the final of this competition, a signal honor in itself, and it was great exposure for the company.

For Olivier as a choreographer, the event was invigorating, even inspiring. Each dance troupe or group had a highly distinct style and, as he said, “it all gave me the courage to expand my own voice and vocabulary, to try uncomfortable things. It made me want to push myself more to go where I’m going .” I asked him for some examples of what he meant, aspects of dance that he wants to explore further:

• Men partnering, for one. Andrew and Lucien work so beautifully together, he would like to expand their dance partnership, but also to explore other unorthodox kinds of partnering.

• Finding a looseness in the connections between dancers, especially in pas de deux. Dancers get rigid, or they play off against each other in a kind of push/pull resistance or tension. Olivier wants to find ways to make a unity, the two dancers as one entity, the two working as one.

• Exploring non-traditional classical ballet shapes and movements, like the non-pointed sickle-foot, stretching muscles and exaggerating the line to a ‘politically incorrect’ extreme. [And from watching Olivier’s newest piece rehearse, I can see that using hands and arms in unusual but eloquent fashion, continues to be central to Olivier’s voice, his way of speaking through dance.]

• Continuing to work with dancers’ connection with the floor, so that air and ground are equally their elements.

All these directions and more are explored in the new work that will be performed at reSet later this month. Come and see !