After a far-flung summer Whimmers are assembling in Seattle to start Whim W’Him‘s fifth season. Some fall highlights: 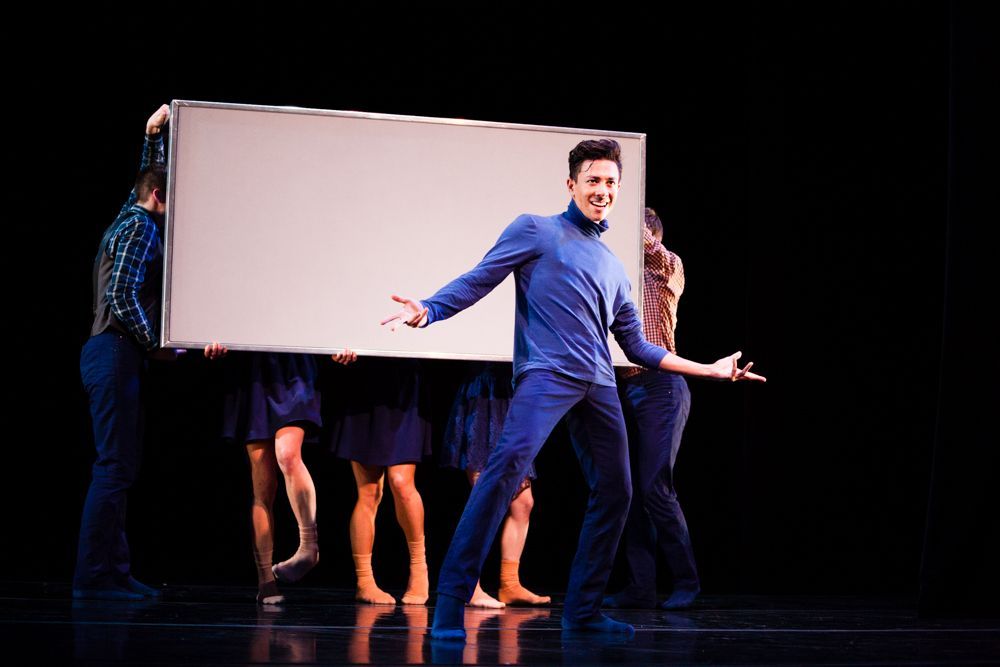 In mid-September, the company took part in a presenters’ showcase at the Pacific Northwest Ballet studios for Western Arts Alliance. The other participants were PNB with Annabelle Lopez Ochoa’s Before After (which last year was first performed in Seattle by Whim W’Him) and Northwest Dance Project’s Memory House by Sarah Slipper. There was a good turnout and Les Sylphides—Whim W’Him artistic director Olivier Wevers’s update of the piece as a zany dinner party—met an enthusiastic reception. 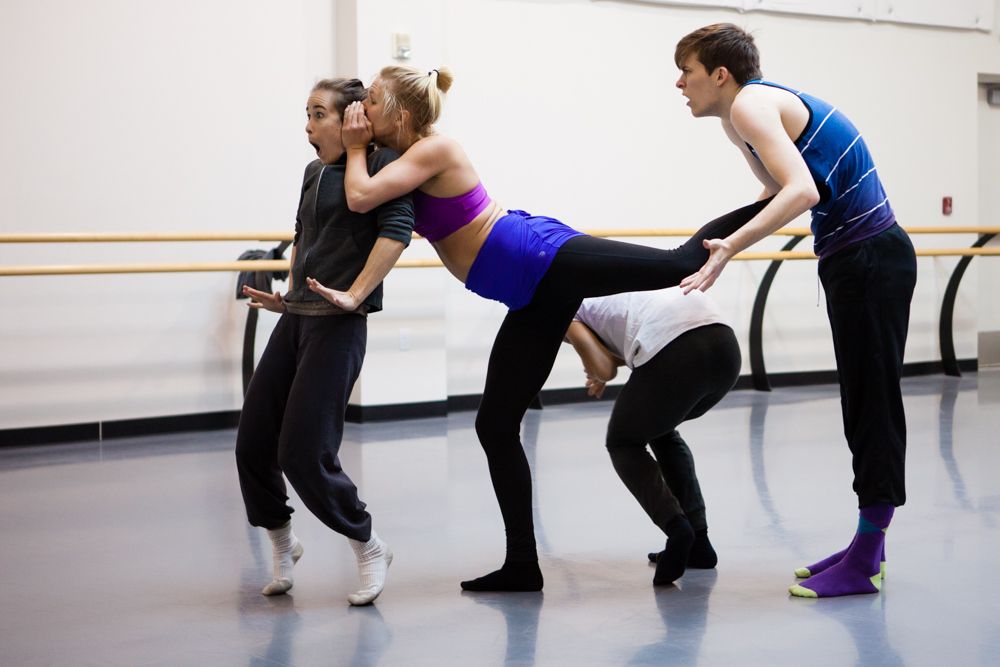 Next week rehearsals will start again to polish up Sylphides for the Meydenbauer Center performances of Firebird. The show will introduce new dancer, Justin Reiter to Whim W’Him’s public. Also on the program, Ballet Bellevue will premiere a contemporary version of the ballet by that name, with choreography by Jennifer Porter.
(For tickets: Whim W’Him in Bellevue.) 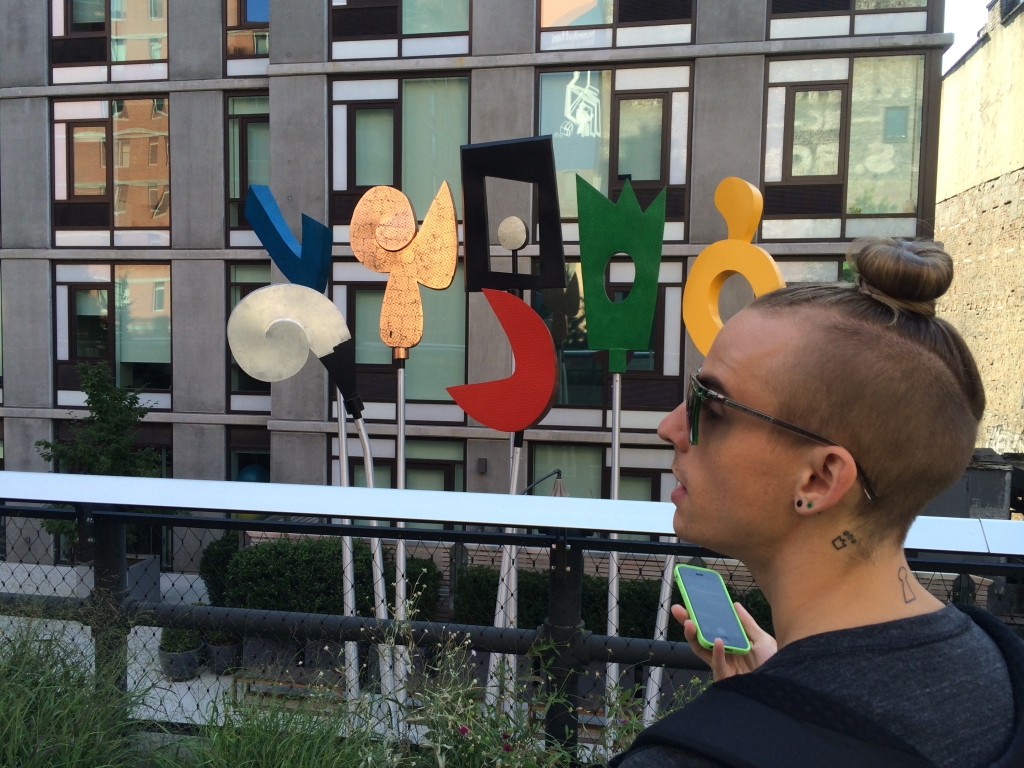 October 1 was the deadline for choreographers to submit their work for consideration in the Whim W’Him Choreographic Shindig 2015. Next year’s October program will be devoted to three new works by choreographers chosen by the dancers. Many applications were received, so it will be exciting to learn who has been chosen.s

This last weekend Olivier flew to Winnipeg to join the 75th anniversary celebrations of the Royal Winnipeg Balllet, where he danced for five years.

On the 20th of October, the company begins rehearsing for the January 2014 show, which will premiere three brand new pieces, to be created for Whim W’Him by Loni Landon, recipient of the 2013 Princess Grace Choreography Fellowship; Penny Saunders, who has danced and choreographed for Chicago’s Hubbard Street Dance; and Olivier.

This fall as well, Olivier will return to Philadelphia for a restaging of Instantly Bound, his piece on the theme of gun violence, created for that city’s Ballet X and premiered in Seattle by Whim W’Him in January of this year. 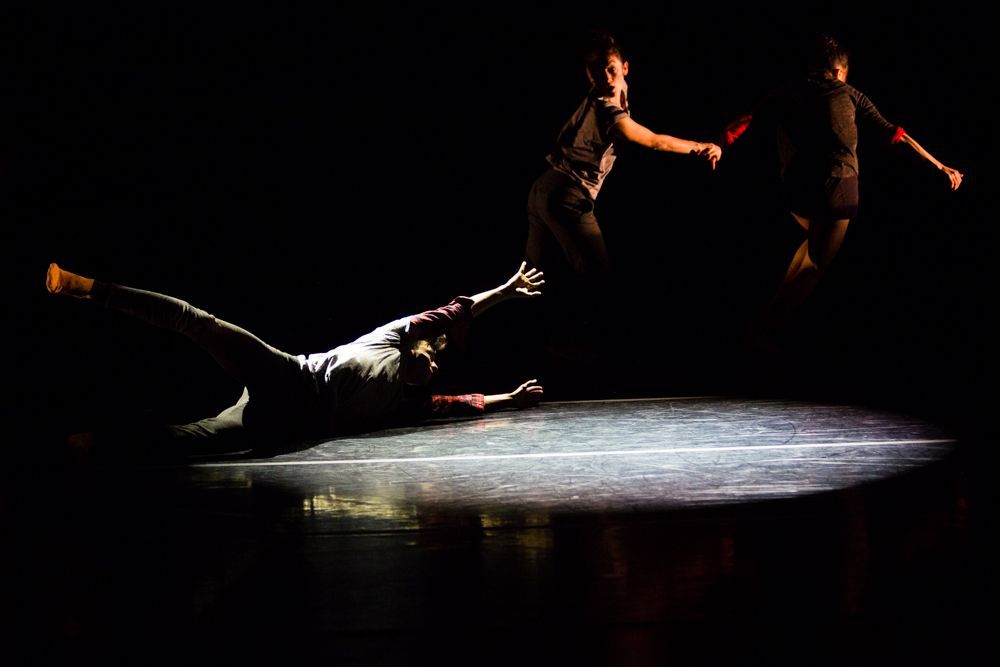 Invitations went out this week for the 2014 Out on a Whim, the company’s annual fund-raiser. To be held on Thursday November 6, 2014 from 6 to 10 PM, it will take place at 415 Westlake in South Lake Union and include a silent auction, dinner, drinks, performances, and all sorts of special treats. Honorary Chair of the event is Kathy Gerlich and Duell Fisher will preside over the festivities. (For tickets: Out On A Whim 2014.) 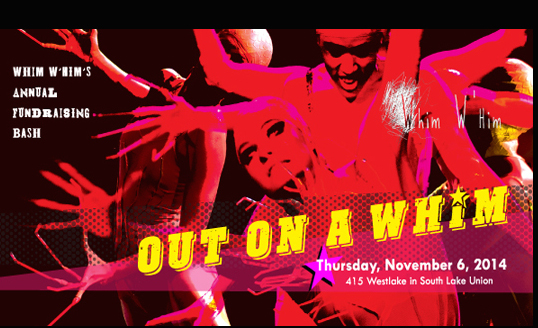 Next time: Rehearsing for Bellevue