I first met her in person on a cold Saturday backstage at Open Space Vashon—a dim and cavernous former warehouse, now arts venue. She was rehearsing for a show to light up the place that night and take the chill off in a hurry. She’ll be doing the same at Whim W’Him‘s fabulous Out on a Whim W’Him #4 auction/party this coming Saturday, November 3, 2012.*

I asked Lily Verlaine about her trajectory from strictly trained classical ballet dancer to burlesque dancer, producer, choreographer and as her website www.lilyverlaine.com has it, a “Living Breathing Work of Art,” Her reply was as revealing as one of her costumes: “I was always interested in sex. I was born a flirtatious individual.” She added, 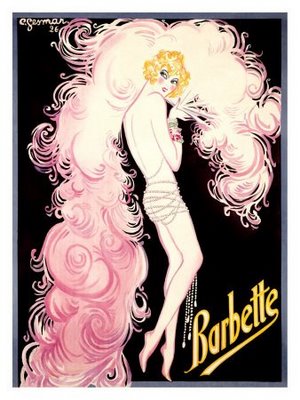 But what exactly is burlesque? From its late 17th century origins, the term carried connotations of parody and extravaganza. A cousin to the Victorian music hall of Britain, American burlesque grew out of vaudeville, a variety show that featured bawdy comedy and striptease, alongside all sorts of other acts (even sometimes performing animals).       It was during the 19th century Golden Age of burlesque that its third great element, sex, (though of course, never really absent) made its grand entry. 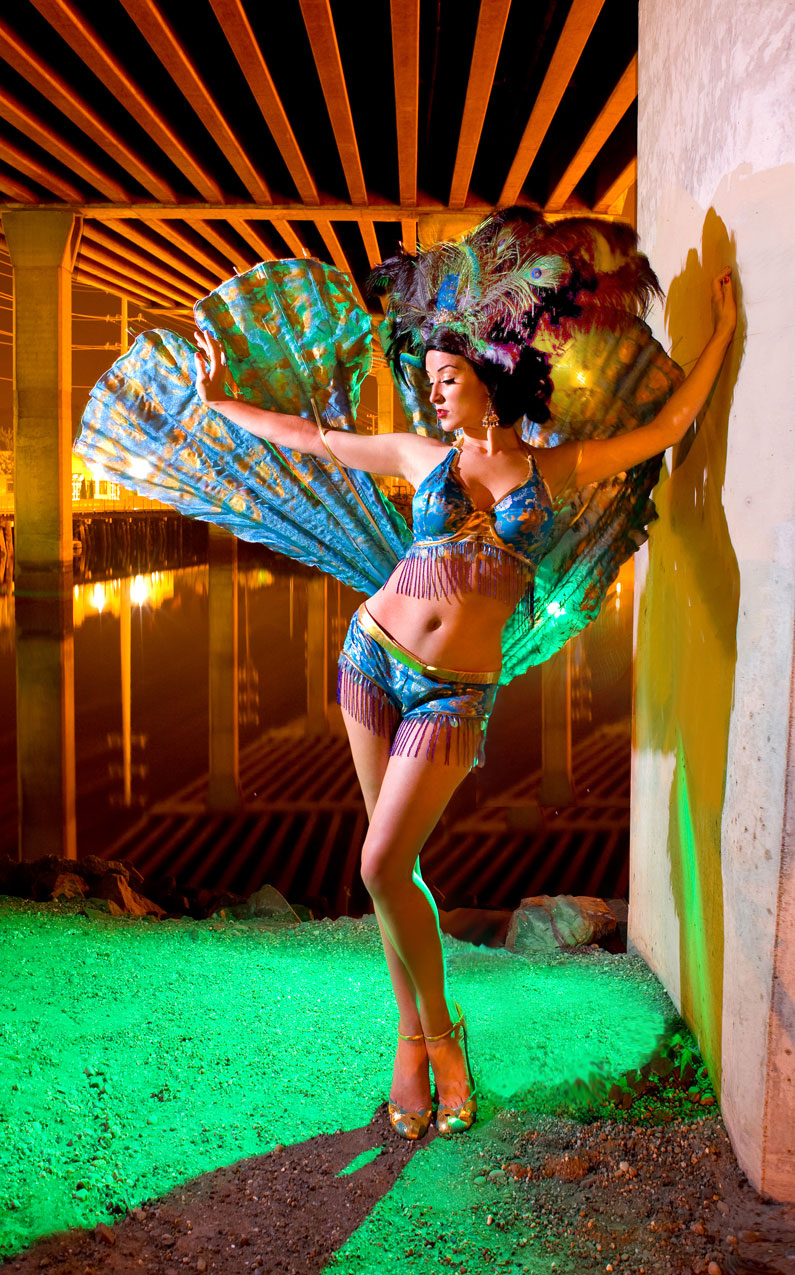 For a variety of reasons—from the rise of other forms of entertainment like television to the disapproval of the feminist movement—during the third quarter of the 20th century this particular branch of entertainment came close to vanishing. (Artist Tom Barnes recalls how “burlesque” was a something of a dirty word in Seattle in the 1970s and ’80s.) But then, in the late ’90s along came “neo-burlesque” (aka “the new burlesque), “the revival and updating of the traditional burlesque performance,” to quote that catch-all of information Wikipedia. “Though based on the traditional Burlesque art, the new form encompasses a wider range of performance styles; neo-burlesque acts can be anything from classic striptease to modern dance to theatrical mini-dramas to comedic mayhem.  As with the earlier incarnation, neo-burlesque is more focused on the ‘tease’ in ‘striptease’ than the ‘strip,’” and, to quote burlesque dancer Trixie Little, it gets “lots of inspiration from performance art, drag and popular culture.” 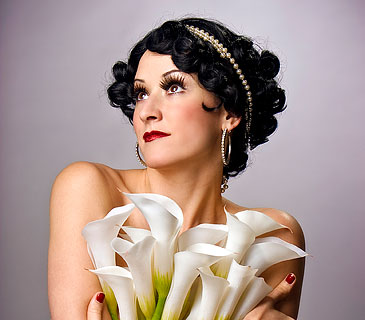 It was shortly after the rebirth of burlesque that Lily Verlaine came onto the scene. She had graduated from the University of Minnesota as an interdepartmental major in Women in the Creative Arts which combined Creative Writing, Studio Art and Feminist Theory and was looking for “a navigable road.” She took up the guitar and published some pieces of erotica under a pen name. Trying an entry level job in the corporate world, she found it “boring!” And of course there was ballet, which she taught for 2 or 3 years in and around Tacoma. She loved teaching and working with kids and loved the protocol and discipline of ballet. But she hadn’t yet found her exact right niche.

Then in 2002 pretty much by accident, she happened upon a burlesque show—“I didn’t even know what it was before going.” 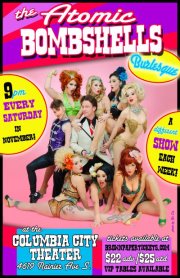 But that performance changed her life. As her website puts it, “Shortly thereafter, she was invited to take the name Lily Vanderloo and join the burlesque super-troupe The Atomic Bombshells” and tour the world.Lily loved the notion of “embracing being an animal.” In her case, it’s a particular, kittenish sort of animal, part sweet and shy, part slyly salacious. The contrast provides the thrill. As practiced by Lily Verlaine, this is art both old fashioned and of the moment, historically venerable and the next hot item.

Always full of ideas, Lily has gone on to conceive, choreograph and dance in her own lavish productions lavish, such as The Land of The Sweets: The Burlesque Nutcracker (2006) and Through The Looking Glass: The Burlesque Alice In Wonderland (2009). 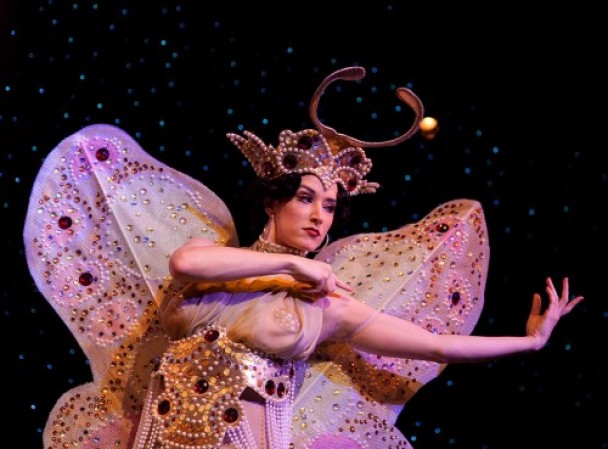 Lily (now mostly Verlaine—after a Henry Miller Tropic of Cancer character who has a tantrum in the bathtub, she tells me) is a being singularly fitted for burlesque. With her classical ballet training; her delight in good manners and keen interest in the ironies of social nicety; her love of costumes and retro-sensibility; plus her fascination with theatrical seduction, she is a perfect exponent of the art. She considers herself very fortunate to have come along at just the right moment, as the new burlesque revolution was coming into its own. 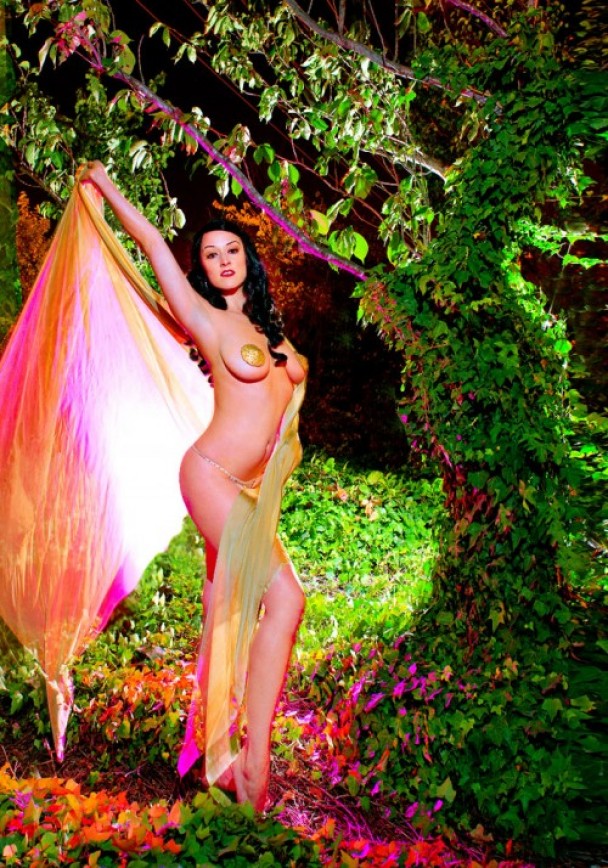 *For tickets to Out On A Whim #4, go to http://www.brownpapertickets.com/event/280828 – Secret Whimmer Password: Coquette