[by Christine Joly de Lotbiniere], they lip-synced, danced, and gestured along to Mozart arias and choral work.” 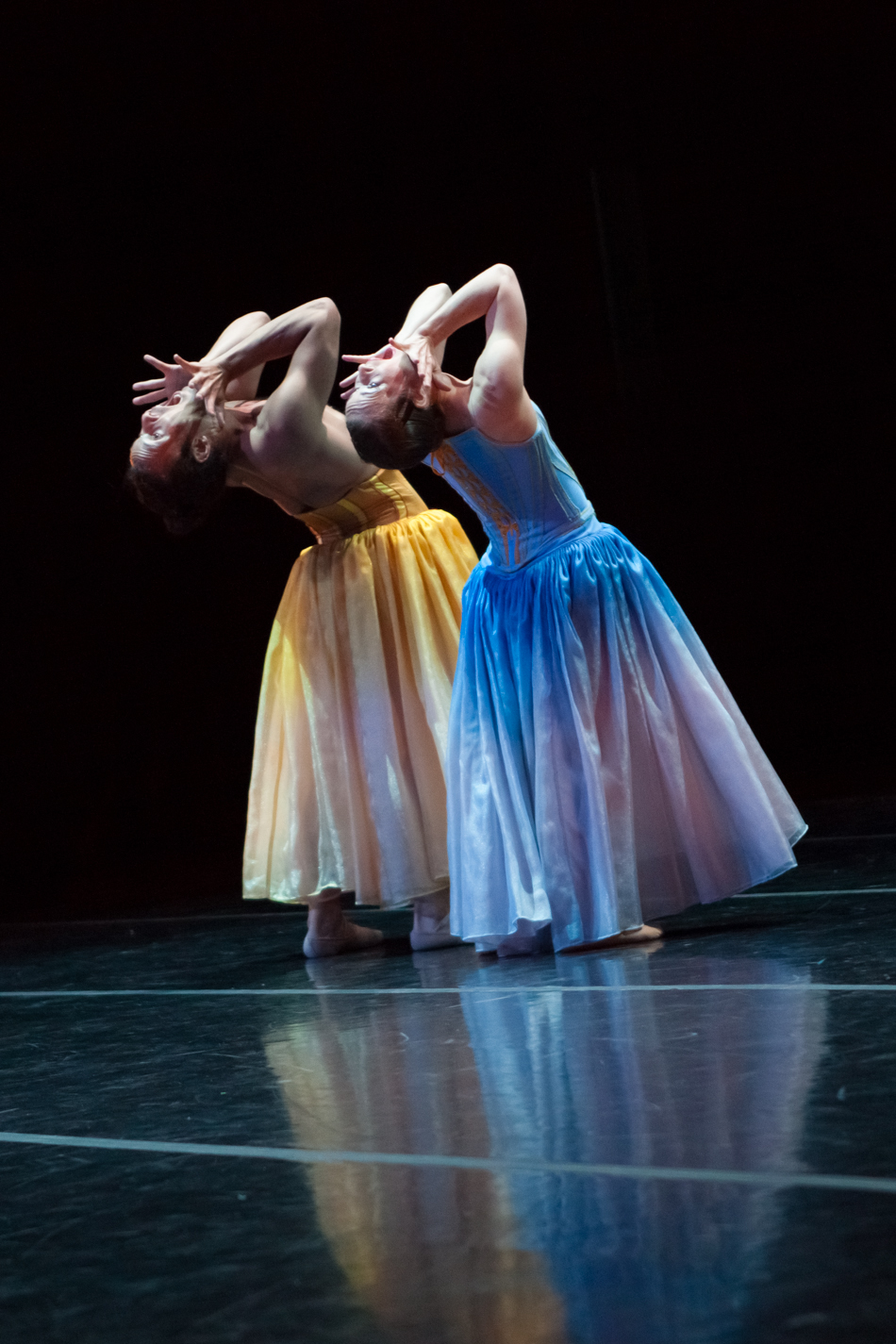 Although the reviewers for FRAGMENTS were uniformly positive in their assessments of Third Degree, their ranking of the four pieces on the program was anything but.
While Michael Upchurch of The Seattle Times found Andrew Bartee (both as dancer and choreography) was worth the price of admission and others keyed on Whim W’Him artistic director Olivier Wevers‘ I don’t remember a spark, Waller was captured by the special qualities of FRAGMENTS, which she describes in perceptive detail:

“FRAGMENTS essentially followed a pas de deux structure (duet-solo-solo-duet), but it turned ballet on its head, poking fun at the music and at ballet’s gender conventions. The dance began with Seefeldt and Sani side by side, earnestly mouthing the words to ‘Voi Che Sapete’ from The Marriage of Figaro (a particularly sly choice, given that the aria is for a mezzo soprano who portrays a male character who at one point dresses as a woman), and it turned into a witty gestural dance that integrated ballet technique with gender-neutral partnering.” 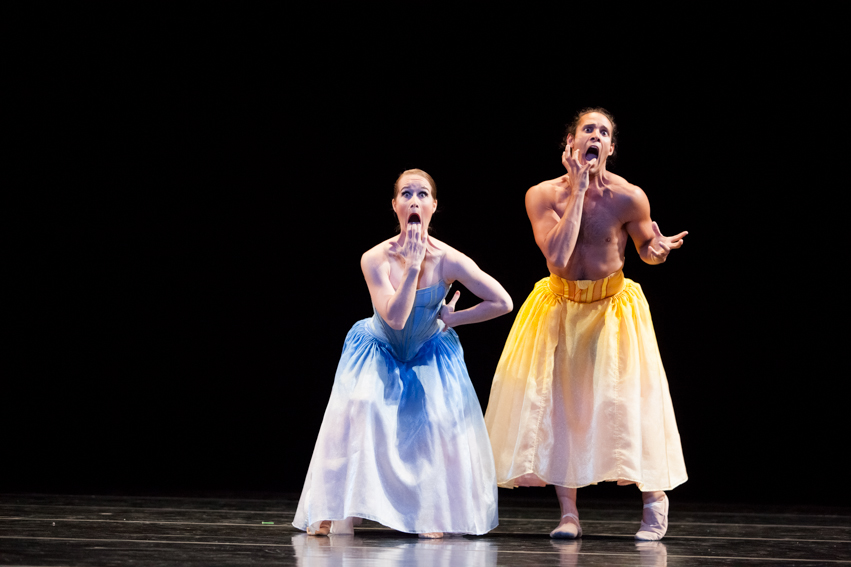 In the solo that follows, Lara combines energy and superlative comic timing in rendering her fast, delicate and intricate footwork with speed, accuracy and panache. “She is petite,” Waller notes, “but her pure, powerful dancing gives her the aura of a force of nature as she twists and jumps across the stage, her expressive face utterly deadpan.” 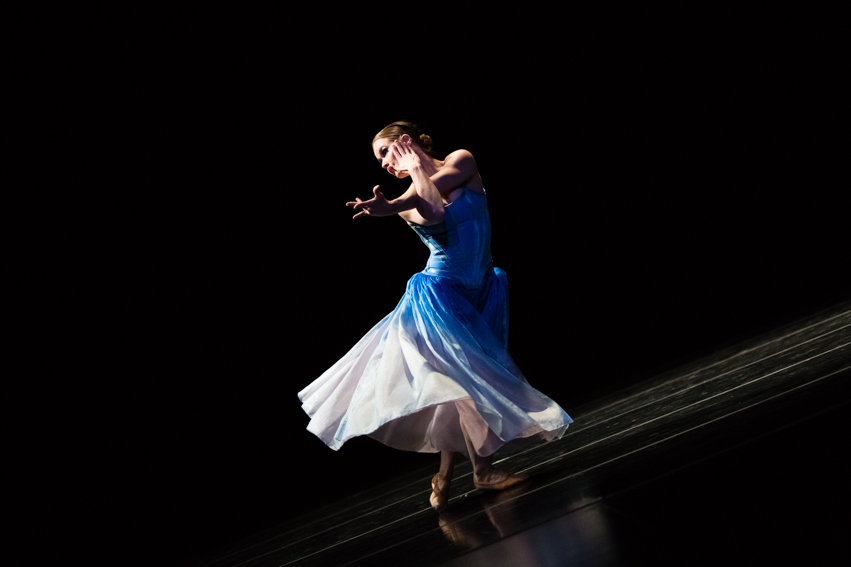 For Jesse’s solo, in the words of Michael van Baker of The SunBreak, “he steps out of his dress, and begins an exercise in uncorseted, slow articulations,” in an altogether different mood, a journey of self-discovery. Writes Waller, “Sani’s solo to Ave Verum was a somber portrait of vulnerability; the audience witnessed him shed his dress, explore the long lines of his own body, and then return to his costume, resigned, perhaps, to societal conventions of dress.” 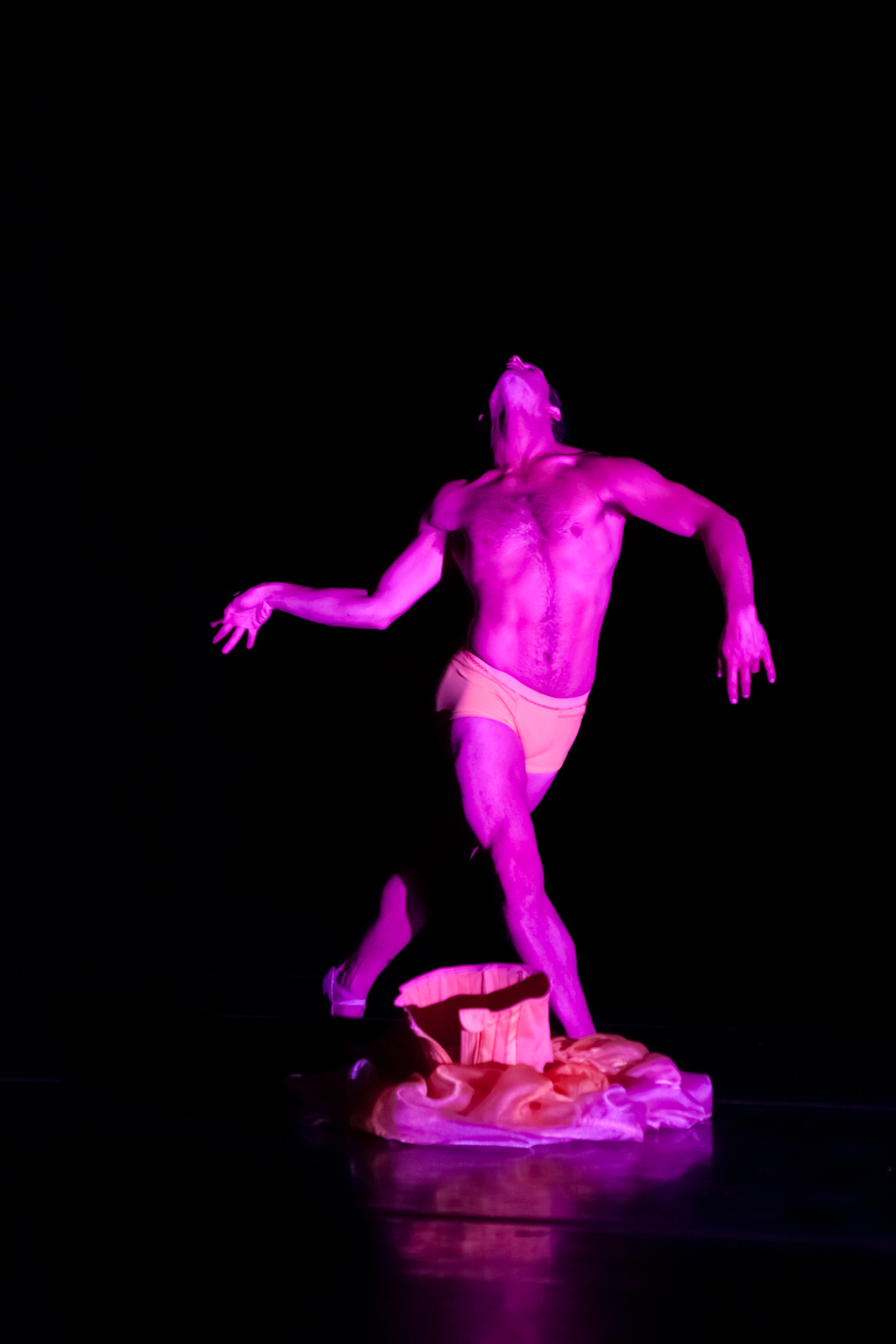 For the coda, Waller points out, “the dancers engaged in playful competition, arching their bodies and screeching along with the coloratura passages from The Magic Flute. Wevers has filled every moment of FRAGMENTS with fascinating movement, engaging performance, and sly humor.”

In the words of van Baker, “Lara Seefeldt and Jesse Sani make a feast of a remounting of Fragments… Seefeldt [is] every inch the Mozart ingenue. They can dance prettily, as befits Mozart, but you’ll also see them bend over backward with a scream’s rictus on their faces, or seated, they beat their feet in tiny pas in a widening arc, evoking a coloratura run.” He concludes by calling Jesse’s solo a “showstopper.” That word again! 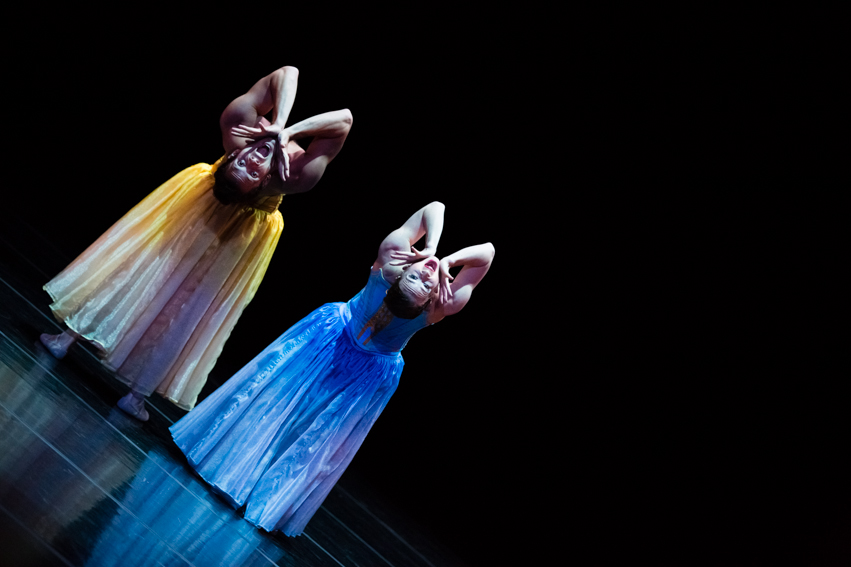 As Chris Heide in The Chosen remarks, for Olivier, “acknowledgement of the past is crucial aspect of progress. He explains, ‘In moving forward and creating an identity for Whim W’Him, it is important that we move ahead with innovation but also embrace the past from time to time. FRAGMENTS is a piece that keeps evolving, but also is a wink back to an earlier time in my career.‘”

The steps and movements of FRAGMENTS are sometimes strictly balletic—sometimes stretched our and transformed into something else. Interwoven with themes of masks and gender, formal composition and expressive quasi-improvisation, poignant somberness and high wit, this award-winning work beautifully encapsulates the trajectory of Olivier’s own choreographic career.