reveling in the journey – Michael Arellano 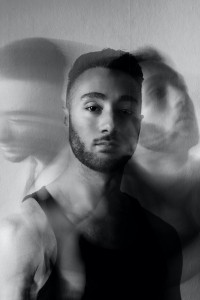 Michael Arellano, Whim W’Him‘s newest dancer, has been active, inquisitive and physically fearless from the very beginning. Born and raised in Rochester, MI, a pleasant suburb about 20 miles north of Detroit, Whim W’Him’s newest dancer followed his beloved older sister Kayla into gymnastics and dance classes. As a tiny child (starting when she was 7 and he was 2) he developed a taste for bold movement and the thrill of performance. 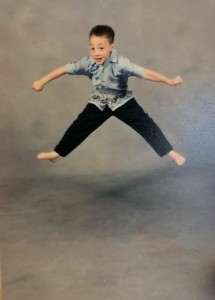 From about the age of 8 on, gymnastics and dance became a way of life. At 9 he joined a competitive team that participated in many conventions, garnering accolades and trophies along the way. 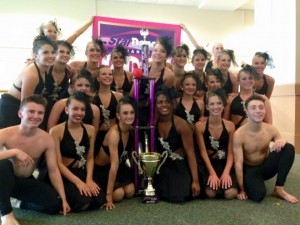 After high school, Michael enrolled at Western Michigan University as a double major, in psychology and concert dance. He studied ballet, contemporary, jazz and took master classes in different genres and a wide variety of styles. “The best part,” he says, “was working with guest artists.” A piece by Kyle Abraham was especially exciting. “It was set by 2 alumni—Matt Baker and Jae Neal. I really admired them.” The experience was “interesting, challenging and fun, and opened me to an appreciation of how art could be used as a platform to speak about social issues—dance with a larger purpose, intention, themes.” 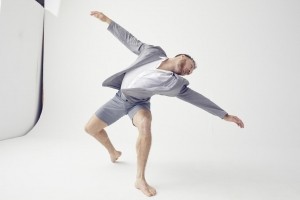 The lure of a wider world also led Michael to a year abroad during college, as an independent study project. A course offered by Ballet Boyz, a London-based all-male dance company founded in 1999 by two Royal Ballet principal dancers, first attracted him. Told that he couldn’t get a visa for a program just on weekends, Michael found he could also study at Roehampton University, “which let me obtain a visa and continue my education. And that brought me to Europe.” 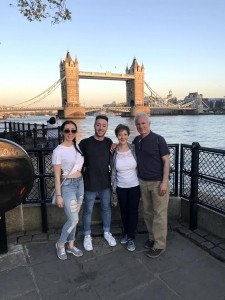 He took class with company members and guest artists like James Wilton and Kerry Nicholls. And he traveled, to Barcelona, Lisbon, Budapest, Edinburgh, sometimes doing master classes or dance intensives. “My most significant experiences—super great!—were in Turin and in Berlin, where I did the 3-week b12 Berlin Workshop Festival. That was my first introduction to Gage—mind-blowing.” He adds that Berlin is “a city I’d like to live in for some part of my life. It was probably my favorite city.” In the course of his travels, Michael learned something about choreography too, “possibly a future appetite,” of which he already had an inkling in college. 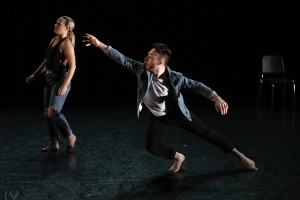 “My main focus now is dancing and taking in as much information from others as I can,” he notes, but he does “little bits,” of his own choreography, “like poems.” He is, as he says, “always curious.” On graduating from college in 2019, Michael joined GroundWorks DanceTheater in Cleveland as a company artist, which was where he was working when the pandemic closed things down and he went home to his family north of Detroit, glad to be able to spend some time with them but worried, as we all were about the future of dance. 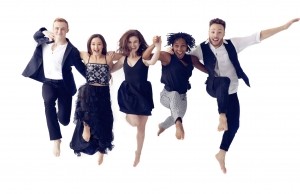 For a long time, Michael has been drawn to Whim W’Him. “I admired it as creation-based, with so many choreographers. It was always on my radar.” You have to be extra-adaptable, and “I’d heard of a very kind director who also challenged the dancers. That’s not common.” 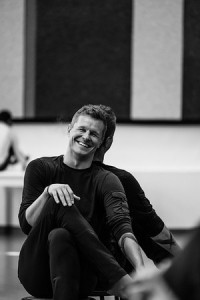 The audition in New York last spring, just before covid upended all our lives, unfurled in a curious way. In the past Michael had watched Ashley Green doing a solo. “I thought, this girl is so good! and we had followed each other on Instagram.” But it was random a pairing at the Whim audition that brought them together to dance. “I was pretty nervous,” he recall. “I was so happy for her when she was invited to join the company. And then [a short time later] I got asked too!” 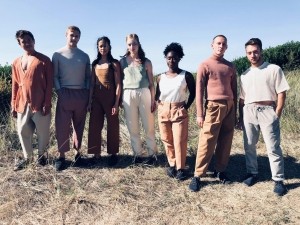 “It was nice to get to know the others as people on Zoom first. I remember thinking how wonderfully generous and kind they were. Sometimes in dance companies there’s a lot of egoism. Not here. Everyone gets along, and they were super-welcoming, Karl [Watson], especially, while teaching at his audition, and he was a big help answering questions about his move to Seattle.” Michael is clearly entranced by the graceful progression in his connection with Whim W’Him—from meeting digitally from afar, to dancing outdoors and with masks, to becoming a bubble of real people—in-person colleagues, co-conspirators and friends. There is, with Whim’Him, in his felicitous phrase “a nice levity.” 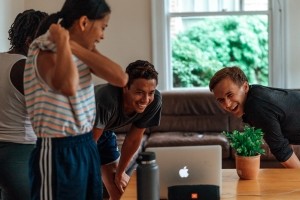 On Seattle itself he reflects, “In general, I was pleased by summer, not super-confined inside.” He’s greatly enjoyed “the beauty of the city parks. I wouldn’t ordinarily go from park to park. But with bars and coffee shops closed, it’s great that there is so much to explore.” Living with the two other new Whim dancers, Ashley and Andrew McShea, they have gotten to know the city and its environs together, going to a pumpkin patch and some other outings beyond the confines of the urban area.

When I asked Michael what surprised him about Seattle, he mentioned the homeless population and its distress. He arrived in the city “during the height of Black Lives Matter and heard a lot about the CHOP/CHAZ” district, although he didn’t interact with it directly since he needed to quarantine and keep free of outside contact for his Whim W’Him job. But he found the social activism of his new home exciting. “Right before moving, I was signing petitions and phoning to the legislature and city officials.” And now he was “moving to a city where the same was going on. The energy was very different from the Midwest in going to the West Coast. But though I’d heard of the ‘Seattle freeze,’ I haven’t felt it.” Instead he was welcomed and has had many great interesting conversations. Another surprise was sun! which continued all summer and well into the fall. He had heard that “Seattle is first, then Cleveland and Detroit, second & 3rd in having the least sunlight.” So when the gray days did come he was already “pretty accustomed.” Seattle, he says, “feels familiar.” 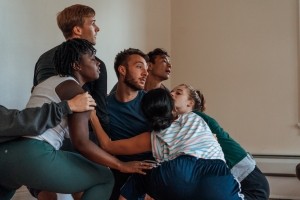 Now that Michael is creating, rehearsing and filming with the company, he basks in the sense of process. Of the pivot from in-person shows to film, he says, “I like performing on stage. But I am basically process-oriented. I’m not super-heart-broken to share in a different way. I like the research and learning stage.” He’s intrigued by how, in the two films made so far this season, cinematic ways were found “to dance together when we were not” and by the way that special effects, like reverse video, say, can enhance a story. 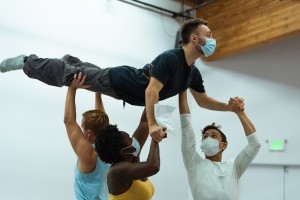 In this moment, the great challenge for all the dancers, Olivier, videographer Quinn Wharton, miniaturist Talia Silveri Wright and the other Whim W’Him collaborators, is to embody on film the complexly intertwined themes and roles of Olivier’s This Is Not The Little Prince. To that end, Michael is harnessing his personal qualities—as an adventurous, vibrant and intuitive dancer—to conjure up the Fox, a character at once shy and importuning, multifaceted as friendship, mysterious and endearing. 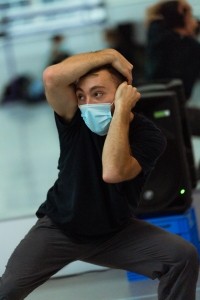 And as for the future, Michael says, “I try to be intentional, but don’t set up 5 year goals. That’s liable to be disappointing and takes away from the process. I want to revel in the journey.” 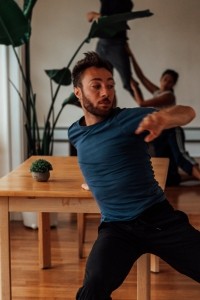