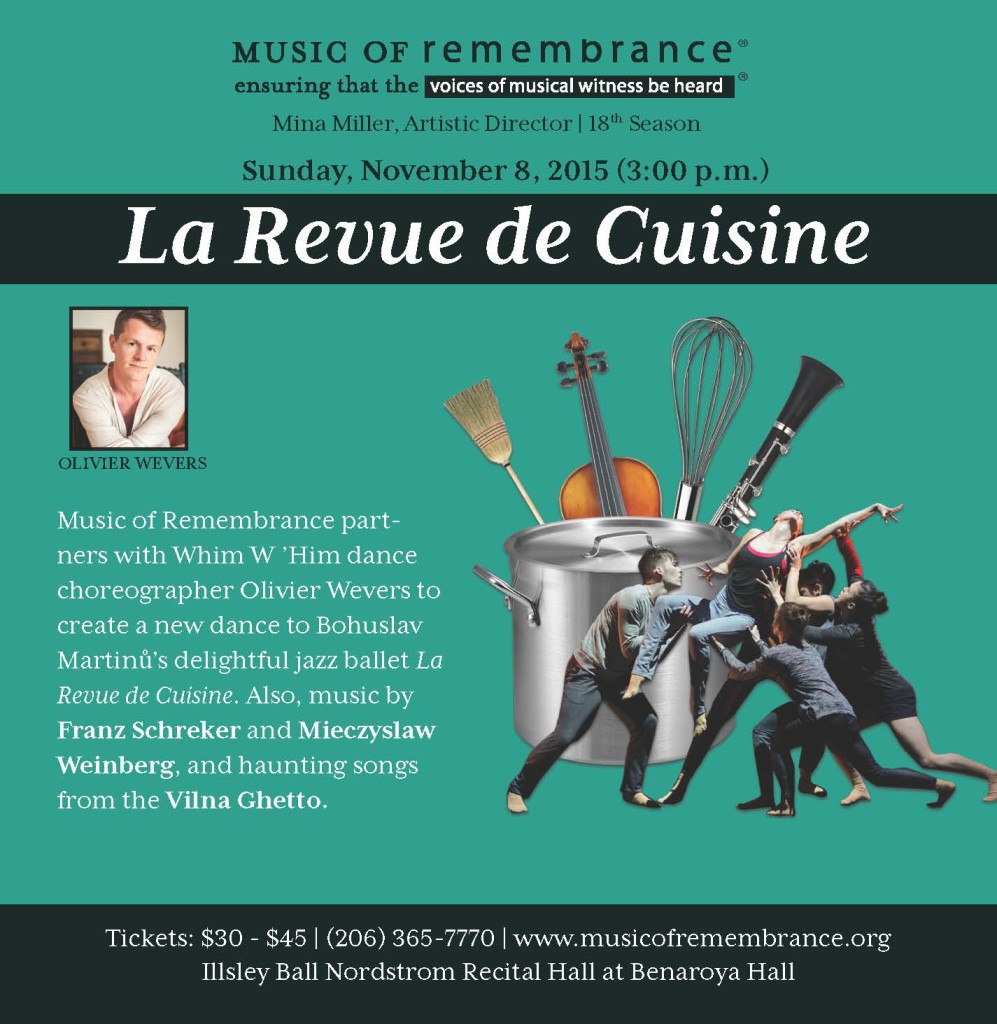 “What happens when the Pot, engaged to the Lid, is tempted away by the seductive Whisk, while the Dishcloth’s treacherous attempts to console the Lid are thwarted by the orderly Broom? You’ll find out in Bohuslav Martinů’s sprightly jazz ballet La Revue de Cuisine, with daring new dances by the Whim W’Him Contemporary Dance Company.” On November 8, Whim W’Him will premiere a fantastical new piece, commissioned from artistic director Olivier Wevers for the fall concert of Music of Remembrance. Founded in 1998 and dedicated to composers whose lives were snuffed out or irrevocably changed by the Holocaust, MOR is the creation of the impassioned pianist and visionary administrator, Mina Miller. 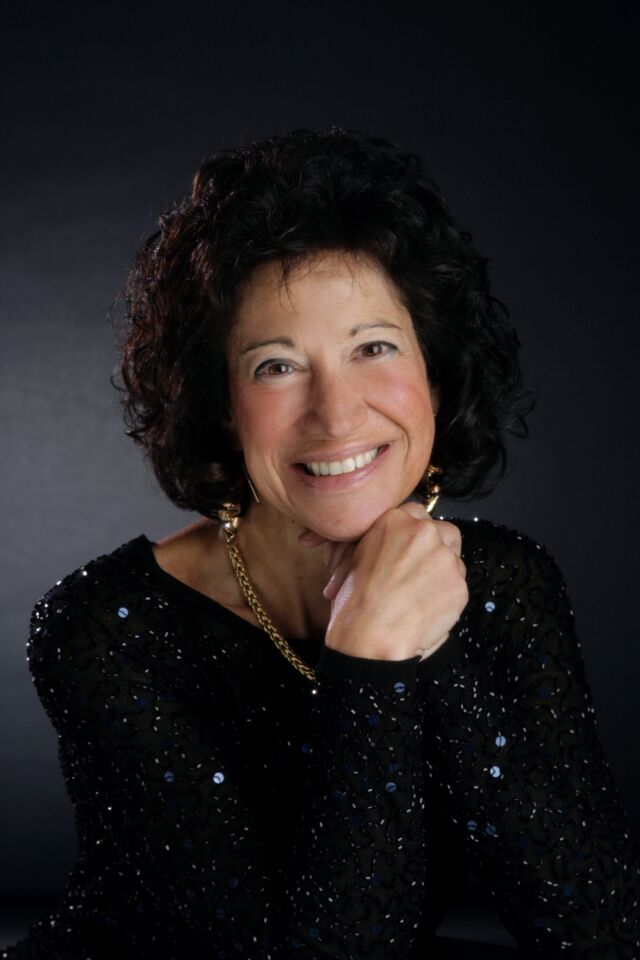 A Seattle-based chamber music organization, MOR presents two concerts annually at Benaroya Hall, marking the anniversary of Kristallnacht (The Night of Broken Glass) each fall, and Holocaust Remembrance Day each spring. MOR also commissions new music, produces CD recordings of concert repertoire and provides educational outreach to schools and the community in the Seattle area. While the Holocaust is the focus, the wider mission of MOR is “to present superb music that serves to deepen humanitarian values and strengthen tolerance, compassion, and a commitment to mutual understanding across bridges of difference.” Sometimes the music chosen for the concerts is by people who died directly, in the camps or ghettos; sometimes it is music by people who suffered in other ways during those horrific times. 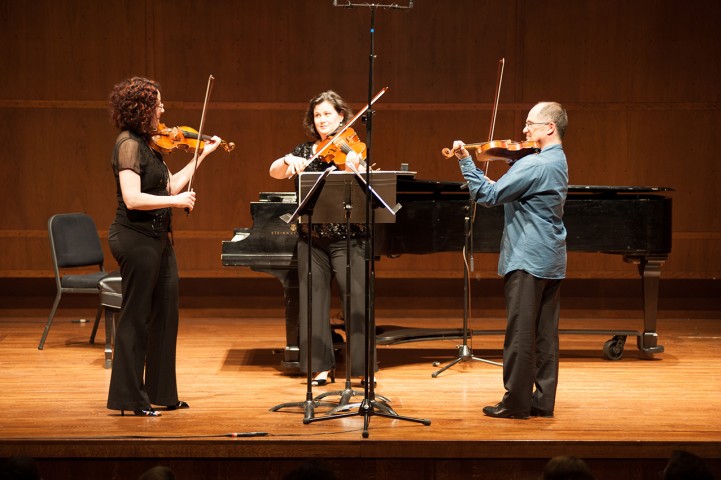 “In the thirties in Germany,” notes Mina, “the avant garde was banned.” In 1937, the Nazi party in Munich organized the notorious “Degenerate Art” Exhibition (German: Die Ausstellung “Entartete Kunst”). Similarly, examples of so-called “degenerate music” were displayed in public exhibits in Germany beginning in 1938. One of the first of these was organized in Dusseldorf by the then superintendent of the Weimar National Theatre, who explained in an opening speech that the decay of music was “due to the influence of Judaism and capitalism.”

Mina grew up in New York and was beguiled as a child by The Nutcracker with a real orchestra. She didn’t come from a religious background at all, but her parents, Lithuanian Jews, lost their entire families to the Holocaust. Before the War, one her mother’s uncles did in live in New York. On their honeymoon in 1939, her parents visited him. They came with two bags and stayed for life. So Mina was raised with the knowledge that a world had vanished. In the famous New York paper The Jewish Daily Forward, (now renamed The Forward) there were ads for relatives, but often little was learned except where they died. The Holocaust was part of her history, although her family didn’t talk about it. She lived just with her nuclear family—the idea of multiple aunts, uncles, cousins, etc is still a bit strange to her. In 2006, when her mother was still alive, Mina went to Lithuania, and before going, she pumped her for information and then traced down individual places, places in pictures—60 years later. Her connection to those affected by the Holocaust “has never been from a religious standpoint,” she say. “I’m a pianist.” When Mina learned that in the Terezin (Theresienstadt) concentration camp where many artists and musicians were sent, “they had been playing the same music I was playing,” she realized the “sheer luck that I was born on this side of the ocean.” It made her want to play more than the traditional rep. I’m an idealist—I wanted to shape the world and music in relation to the Holocaust.” 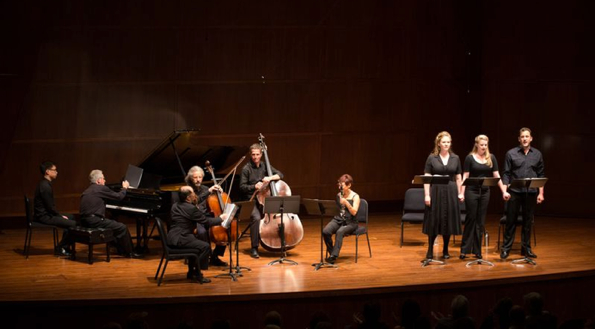 Just at that time was when she finally moved to Seattle to be with her husband. For eight years had they commuted back and forth between Seattle, where he worked, and University of Kentucky, where she was Associate Dean and professor. “In no time,” after coming here, Mina formed MOR .

“From the beginning,” Mina reports, “I wanted  to commission music to tell new stories, to think about the Holocaust in different ways.” And MOR was the first such organization in the world to focus on the resilience and courage all the other people besides Jews—gays; political and cultural and religious dissidents; gypsies—who also suffered at Nazis hands. 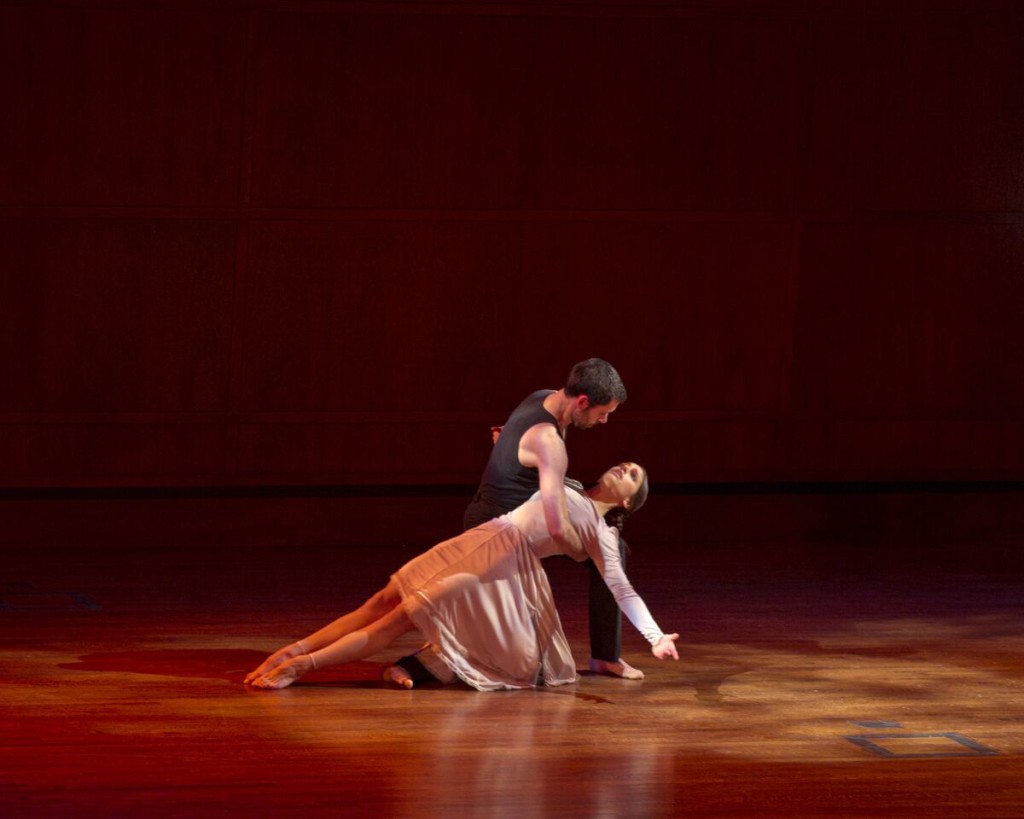 What especially strikes me about these programs, even within this dire context, is the wide emotional variety of MOR, in general and in this November’s program. As Mina says, “MOR is far more than music of the murdered.” Comedy and whimsy, grief and defiance are all represented, as are song, dance and the spoken word, along with the instrumental music. Before this fall’s Revue de Cuisine, 4 other dance work were created for MOR, 3 by Spectrum Dance Theater‘s Donald Byrd, the other by Pat Hon with Cornish College of the Arts dancers. Performance to live music is a treat for dancers and audiences alike. 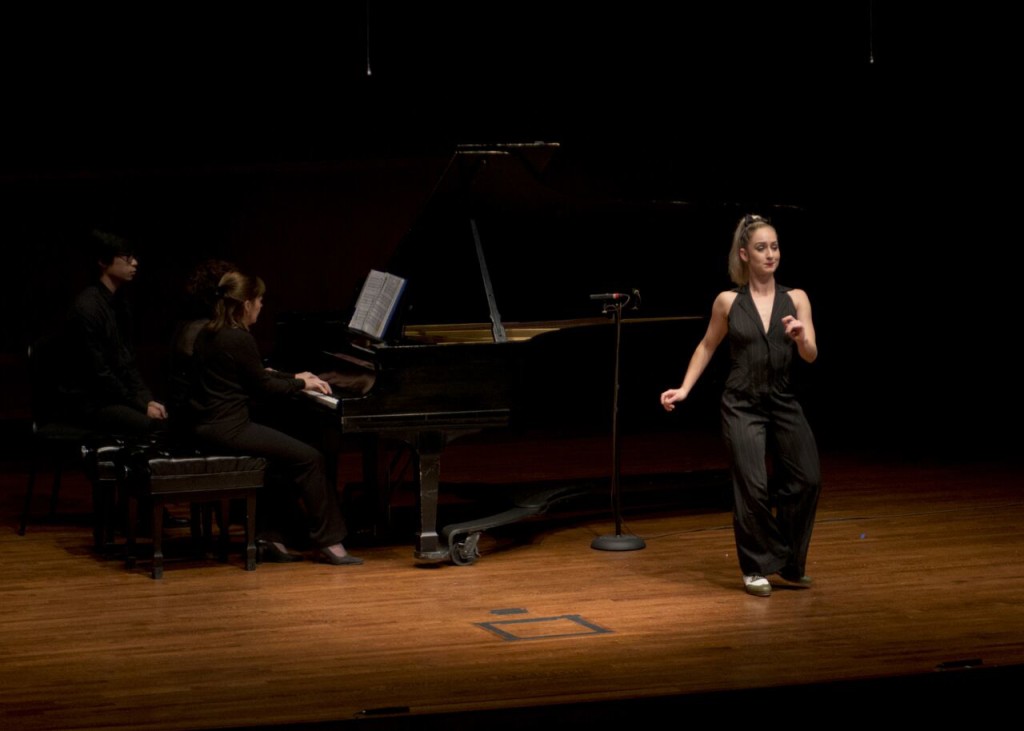 On November 8, says Mina, “you’ll be swept away by this evocation of exuberant Parisian musical life between the world wars.” According to the program, “You’ll also discover, poetic music of Mieczyslaw Weinberg, who suffered persecution by both Nazi and Stalinist regimes. A set of haunting songs from the Vilna ghetto testify to the resilience of those who bared their souls through music even in the bleakest of times.” 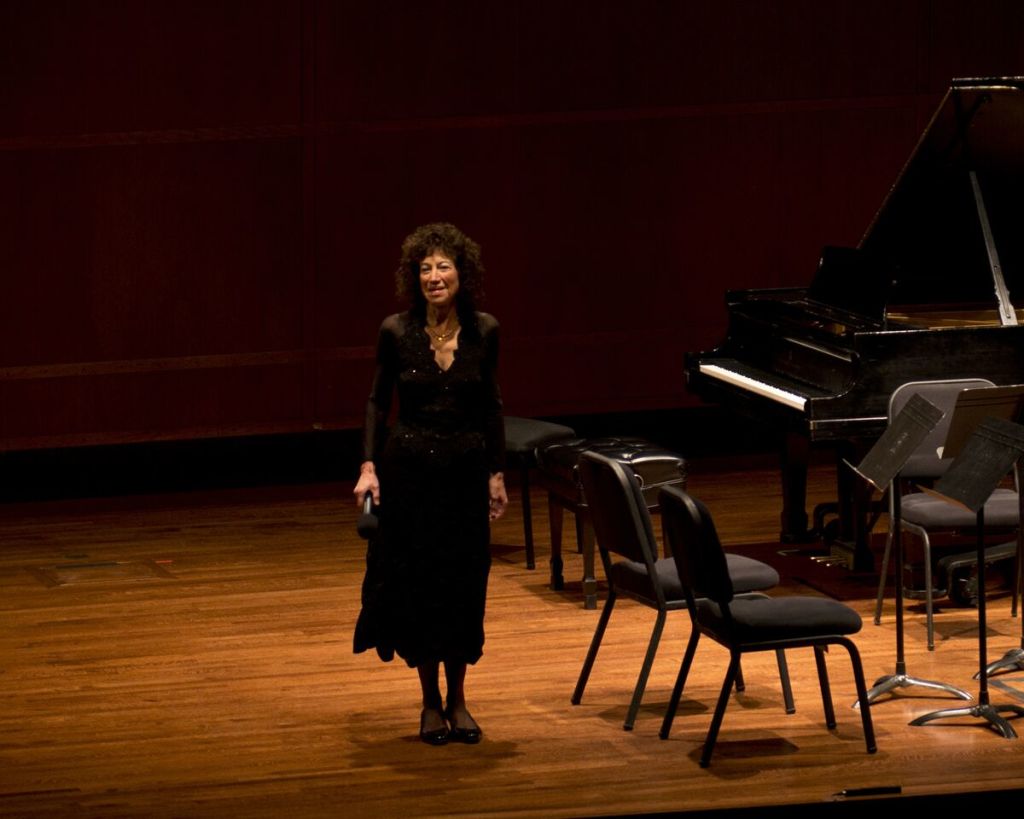 Mina says she feels humbled. “There’s no way to count those lives touched and the ways in which the world was touched by the Holocaust. We cannot fathom it.” But in these concerts, one gets “glimpses of the divine spark.” Many may tend to resist coming to a concert on such a dark subject, but, notes Mina, “You get people in and they listen and watch. They see and feel how lives are transformed by art.” She pauses and adds, “Art matters.”

Next week: In rehearsal with the pot, lid, whisk, dishcloth & broom…