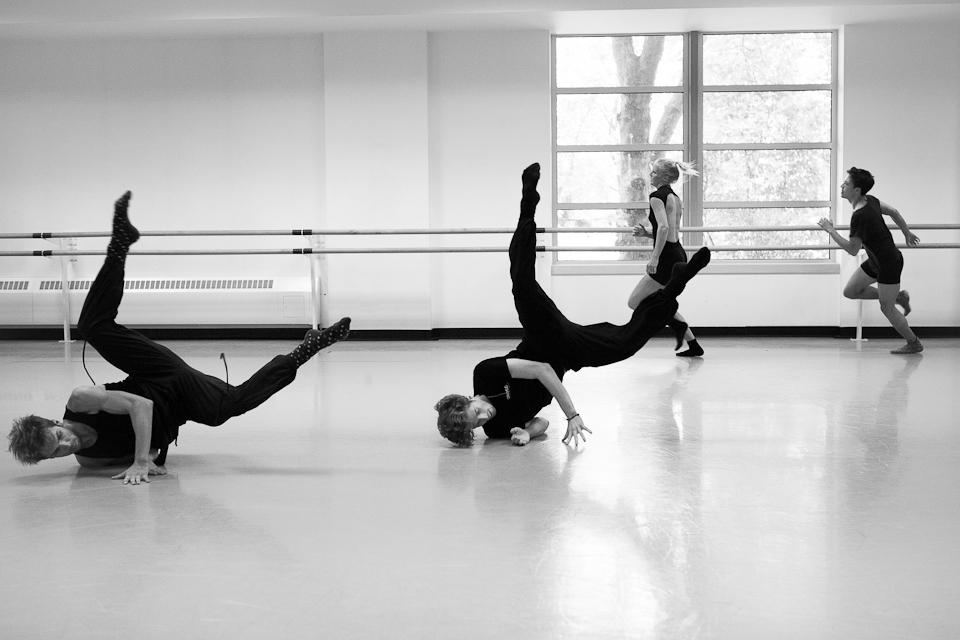 This week, along with putting Whimmers through their paces in his own More and The Sofa, artistic director Olivier Wevers has presided over rehearsals of Crave, Annabelle Lopez Ochoa‘s second piece  for Whim W’Him. Since June when she created it on them, the dancers have had the opportunity to practice Crave only in bits. “It’s hard now,” says one of them, “when we had it so tight last summer. It almost feels as if we’re starting over.” There is a video, but mostly the dancers have had to keep the seeds of its motions and emotions in their minds and muscle memory, ready to call up when needed. 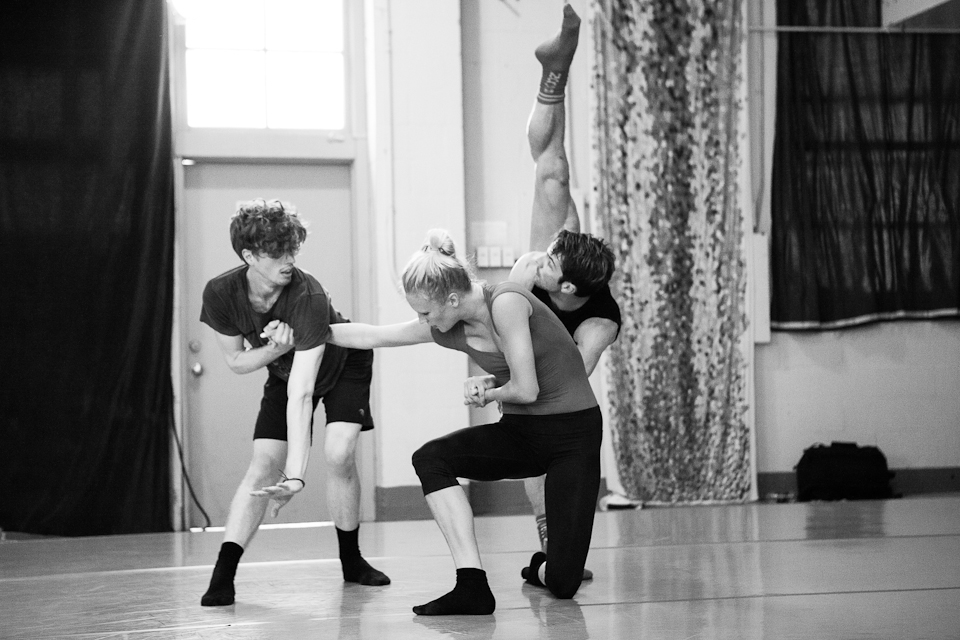 Crave focuses on young club goers, the glitter and glamor, the risks they take, and the sometimes desperate ways they try to reach out to each other and to find themselves.
It is, as Olivier says, “very layered, like all Annabelle’s work.”

This summer, when I was in England, Annabelle described some of how Crave unfolds:
“Music starts out, coming as if from next door.
Disrupting.
It starts with a piece of hard core techno, found on YouTube. Five dancers. Sweating.
Then to some ‘no man’s land’ music. Beeps. Like a heart machine.
There won’t be any wings or backdrop. Blackness. Probably a black floor too.
Loneliness. Trying to connect.
Dancing, sweating, ‘having a ball.’
The dancers will be dressed differently from each other. They are seen as individuals.
There is a section that we call ‘Giggleman,’ where Andrew, after being tickled, then keeps laughing. He can’t handle silence.
Another section is called ‘The Elevator.’ A piece by scanner, 2½ minutes long. Voices with an English accent. ‘Level 42. Watch your step.’
But it’s not clear cut, separate sections; they flow together, one out of the other.” 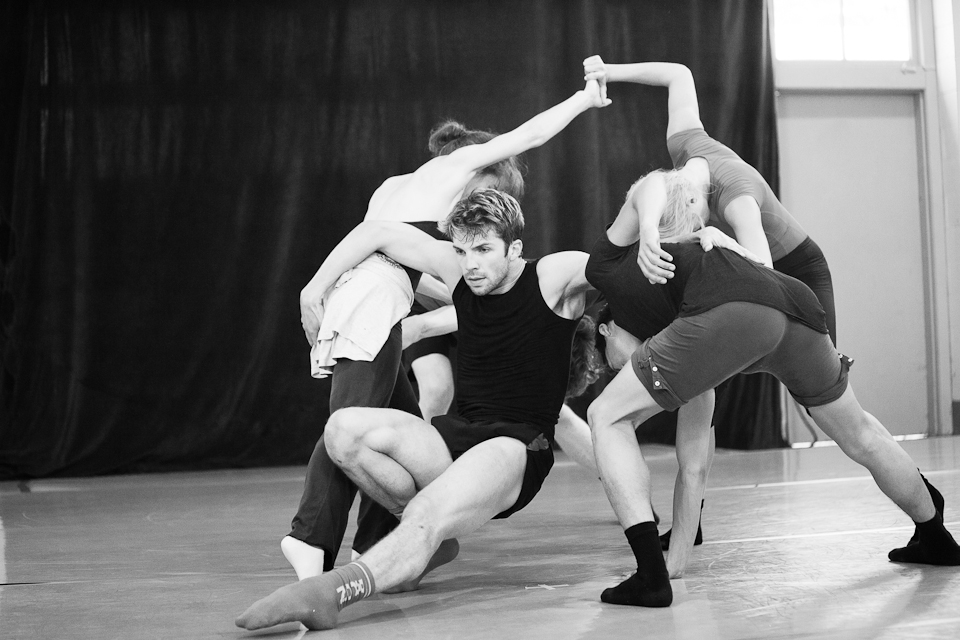 A couple of times now, I’ve observed certain sequences, rehearsed by Andrew Bartee, Jim Kent, Tory Peil and Lara Seefeldt. It’s full of angles, sharp movements, extreme positions. But absent the choreographer and one of the five dancers—Annabelle and Lucien Postlewaite only arrive from Europe tomorrow night—I’m not sure yet if the fragmentation I see is intentional or if I’m missing patterns that will appear when the completed work comes together in the days before opening night.* Costumes and lighting (lasers, fog, moving lights) will also, as Annabelle says, “help frame the piece, convey the violence of its feeling.” 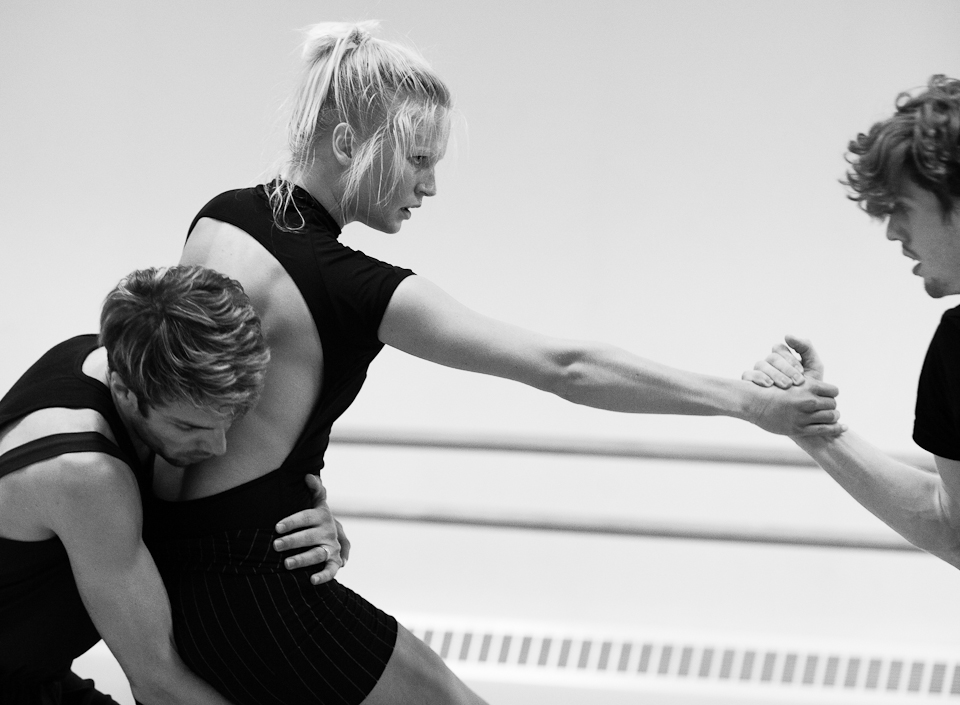