“This is one of those transitions you have to figure out bit by bit.
Let’s analyze it to see what’s needed.” 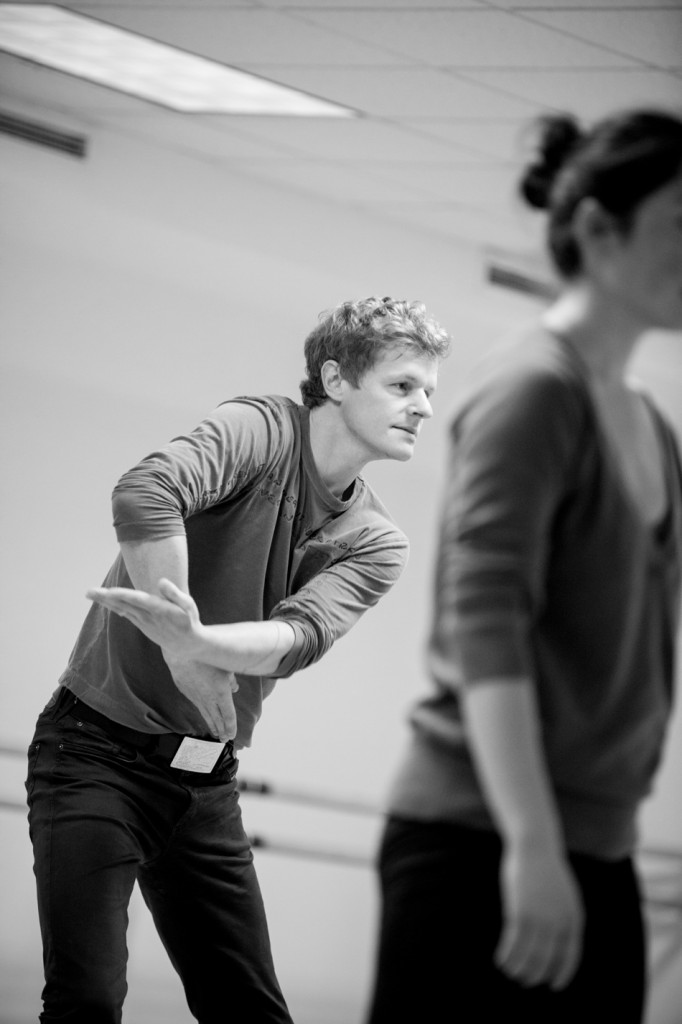 Olivier Wevers, artistic director of Whim W’Him, stands frozen, as if playing a game of “statues.” It’s a rehearsal of The Sofa, created last year for the Grand Rapids Ballet Company (headed by former Pacific Northwest Ballet star Patricia Barker). Olivier seems to be running a slow- motion mental video through his head, checking for any hitches in the sequence just gone over. He is, by his own admission, “picky.” I’m intrigued by the kinds of pickiness he demonstrates. Clearly (despite a certain amount of returning to the electronic video to refresh his memory), he carries a very precise image in his head of how the movement in each segment should unfold and what each person should be doing—like a conductor hearing in his head each instrumental part. Even more interesting is how Olivier watches closely, isolates just what is causing a problem, then works through with the dancers— always with ample demonstration—exactly how to overcome it.
“It’s not really a matter of strength, it’s in the timing,” he says, or “You’re going to have that feeling of sinking. It’s the reality of gravity” or “It comes from this. You have to change your body weight,” 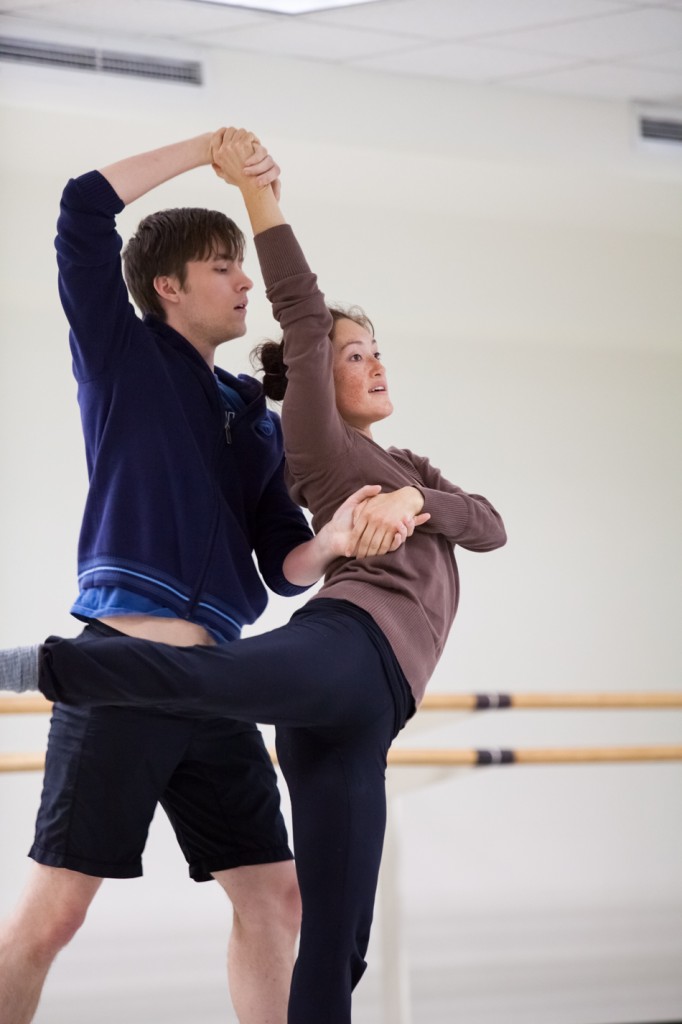 He isn’t rigid though. He’ll say, quite often, “Oh, that little awkwardness there is nice. Let’s keep that,” or “On the video is wrong, what you’re doing is better.”

Nor is Olivier’s approach is merely cerebral. He continually exhorts the dancers to feel what they are doing in their bodies, to teach their muscles what to do.

“Clear your brain,” he says, “Feel the physicality. Try to find that cool physicality in the whole thing.”

He’s a relentless taskmaster, trying to draw the best performance possible from the dancers. “Great energy, but now try to make it look a bit effortless.” They repeat each sequence again and again.

At the end of rehearsal, he’s pleased—though he also gives notice that there’s still a way to go. “Really nice, you guys. But I’m going to keep pushing. That’s what makes it interesting and not just movement!”

Coming on Friday: art, artists, artistes and Out on a Whim #4