Three performances by Whim W’Him, then I went immediately out of town and have spent three days caring for a baby. Intriguing to compare a four month old, barely able to grasp a toy dangled in front of her and get it in her mouth, to the incredible body control of the strong, adept dancers I’ve been watching these past few weeks. What a long way she has to go! But then she does one of her full-body smiles, and I think what a long way dance has to go…

Whim W’Him and its first production—reviews, in print and online, run the gamut from fulsome praise by Rosie Gaynor in The Financial Times and Stephen Church’s encomium in the Seattle Times to the muttering of Anne Lawrence on the On The Boards blog and growls of Jen Graves of The Stranger. More recent posts by Marci Silman and Sandi Kurtz on artdish, along with the SunBreak comments of Jeremy M. Barker, are more nuanced.

It fascinates, and to some sense discourages me, how even now—close to a century after the inception of modern dance—there is still such hostility between two “camps.”

An article on dancehelp.com describes well the genesis of this disconnect: 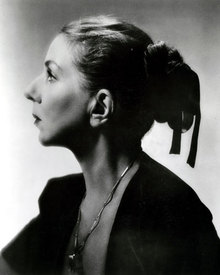 “The artists of modern dance have been known to pride their selves on taking the polar opposite road than of ballet. Ballet is the story of  organization, symmetrical movement, traditions of companies, theatres as well as individuals. Modern dance on the other hand, is almost entirely the story of the personalities, spirits, quirks and hearts of individual dancers who devise their own philosophies, and set their own unique styles….
Modern Dance began in America early in the 20th century when the predecessors of the artists we know today, began their own rebellions against both the formality of ballet and the predictability of popular show dancing of the period. Their techniques and styles were very different; what they had in common was dissatisfaction with the options then available to dancers and the ultimate goal of conveying to their audiences a sense of  inner and outer reality – an aim that still inspires modern dancers today.”

In the past few decades cross-fertilization has improved the technique and physical range of contemporary dance, while ballet has incorporated some of the greater expressiveness and flexibility of modern. But still much is to be gained by openness in both directions. 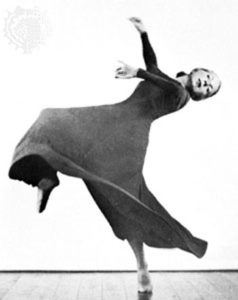 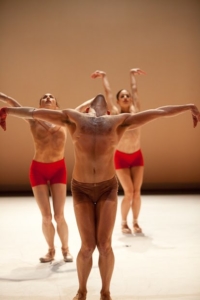 What draws me to Whim W’Him is a serious (and humorous) dedication to exploring both worlds, without prejudice or foregone conclusions. Among other things, Olivier Wevers’s investigates hands, arms, upper bodies, faces in motion; he combines earthbound movement and the pointe shoes usually associated with airiness and the attempt to conquer space; and he tweaks the boundaries of gender, truly “conveying to [his] audiences a sense of inner and outer reality. To my mind and taste—and admittedly it is to a large degree a matter of taste—one can say something exciting and new without being “cutting edge” to the point of leaving the audience bleeding.