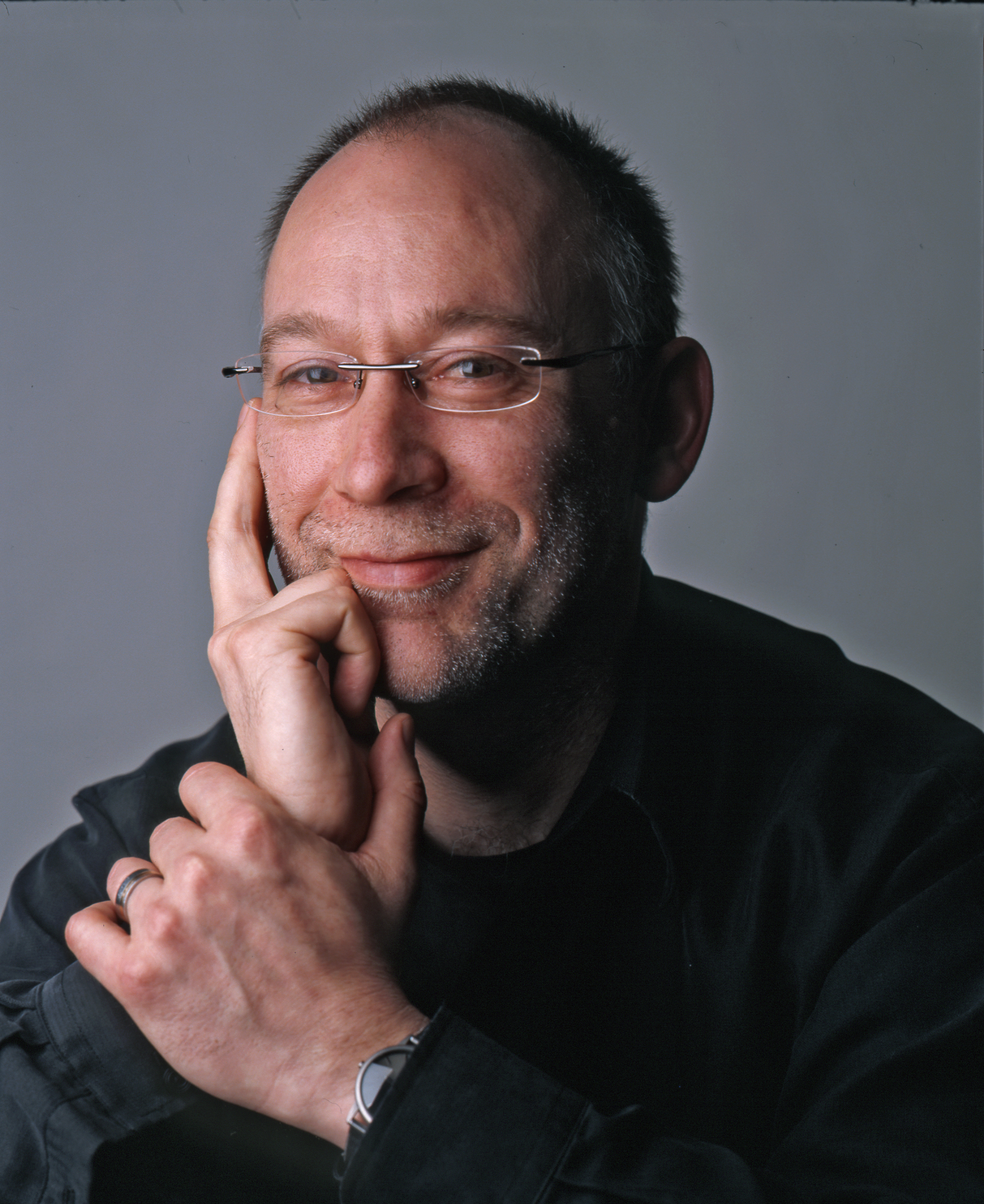 It didn’t take him long to contact Whim W’Him artistic director and choreographer Olivier Wevers, nor for Olivier to agree on a join venture whose fruits will appear on the stage at Shorecrest Performing Arts Center tonight, Saturday February 23, 2019 at 7:30, and tomorrow, the 24th at 2:30.* 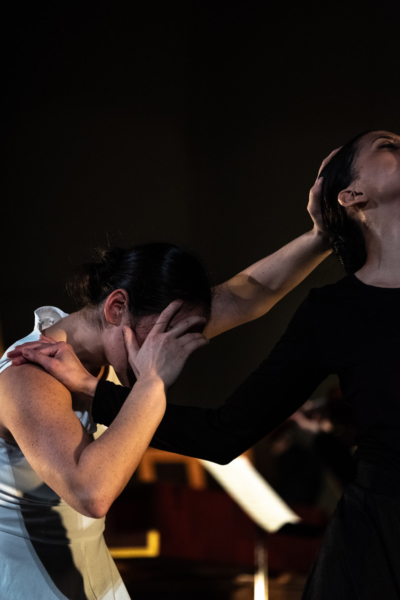 Something about the image of the mother of Jesus standing at the foot of the cross weeping can arouse deep emotion, even today and even on the part of the non-Christians, agnostics, those of other faiths or of none at all. The well over 200 known composed settings—still being created, more than 30 in our present young century alone, and not counting the many Anonymous versions—date back to that of composer Josquin Desprez in 1480.

The words of the Stabat Mater hymn (based on Biblical verses) were written at least a couple of hundred years before that, with the original poem variously attributed. According to the exhaustive listings on “The Ultimate Stabat Mater” website, “The monk Jacopone da Todi (ca. 1228-1306), Pope Innocentius III (ca. 1160-1216), and the saint Bonaventura (died 1274) are named as the most probable poet, but also the Popes Gregorius and John XII and Bernhard of Clairveaux (died 1135) are mentioned. In an old booklet about mediaeval Dutch translations of the Stabat Mater [is] another theory. The German musicologist C. Blume thought that possibly the English monk John Pecham, who stayed in France until 1270, might be the author.” 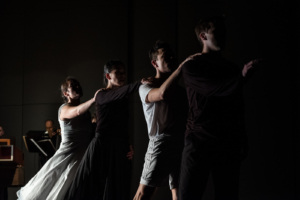 The poem itself, says Alex, is in “beautiful, small stanzas, almost like Haikus. It is inspiring for composers.” And something about the particular version of Pergolesi “fits a lot of interpretations,” including the addition of dance as an integral part of the performance. 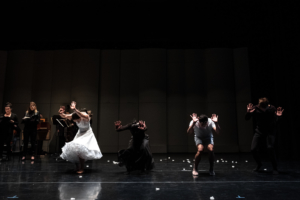 The above-mentioned website notes elsewhere that “The Stabat Mater in its many musical settings is a fine example of the tension that exists for religious music between the religious message and the artistic expression.” 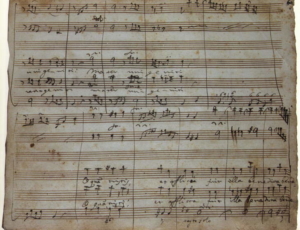 The young Italian composer Giovanni Battista Pergolesi (1710 – 1736), who died in poverty of tuberculosis at the tender age of 26, probably shortly after completing his Stabat Mater, knew something about suffering. Alex Weimann notes that in the autograph manuscript the composer’s handwriting visibly deteriorated toward the end. 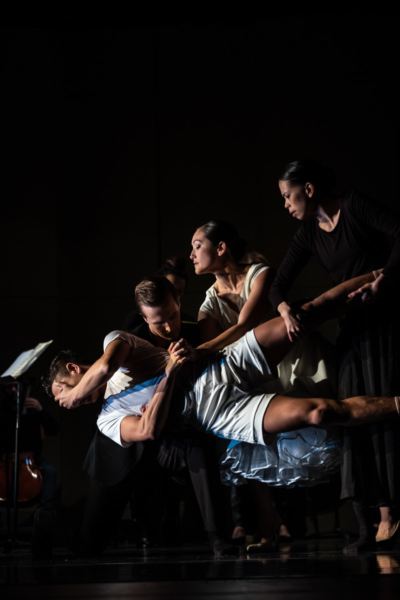 It was, Alex, says it is like “a personal confession, such as you would find 50 years later…. It feels like an individual, a character, a set of characters.” As a writer of comic opera as well as religious works, Pergolesi brought an operatic quality into his church music. 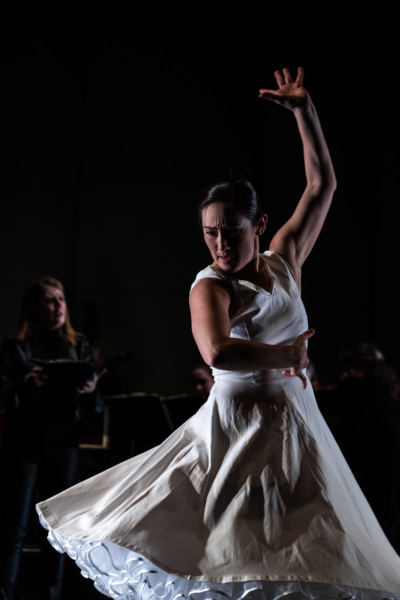 In the years after his death it was reprinted multiple times. JS Bach came upon it only about a year or so after it was written and adapted it to German words and added a viola part. “But he didn’t change a note,” though he made major modifications to many other works of other composers, like Vivaldi.

Despite Bach’s imprimatur, Pergolesi’s Stabat Mater evoked strongly opposite reactions in its hearers and critics. On the one hand religious purists disapproved of Pergolesi’s lush, emotional portrayal of the scene, deemed especially irritating and subversive in some similarities to his light opera intermezzo, La Serva Padrona. In sensibility, one could say it harkened forward to the Romantic era. 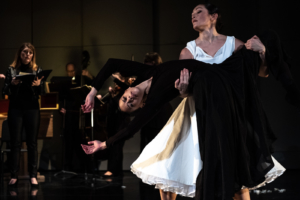 For others—and over the years their number has burgeoned with changing attitudes toward religion, the public expression of private feeling and what is appropriate in a liturgical setting—the great draw of Pergolesi’s Stabat Mater is the emotional range and color of his music, the fact that it appeals on a visceral level, whereas some of the more austere versions can feel too pallid or stark for people raised on film and TV and the contemporary fashion for telling all in a public forum. 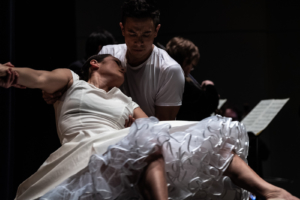 From an Early Music America review by Thomas May, Feb. 22, 2019. “If earlier critics of Pergolesi were concerned about the secularizing tendencies of his Stabat Mater, for [choreographer Olivier] Wevers [Whim W’Him’s artistic director], one of the challenges is to accentuate the work’s contemporary resonance outside the context of sacred music.” 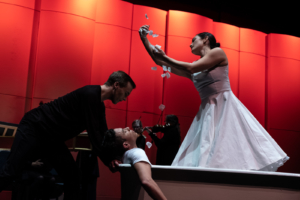 And yet, of course, the object, as Olivier readily acknowledges is not to throw the child out with the bathwater (a bathtub in which the Mother bathes the Son figures in this version) but to acknowledge the earthly tragedy and spiritual profundity of the moment being commemorated. 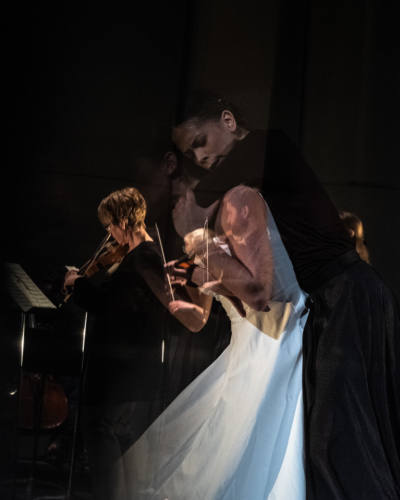 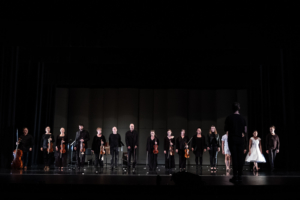