In the beginning, right at the founding of of Whim W’Him, were the Bambergs, Kim and Adam. 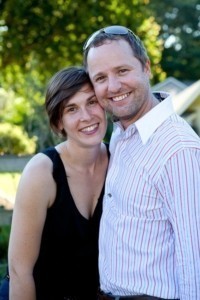 From their original encounters with Olivier and the dancers at work on the new company’s premiere in January of 2010, it was empathy at first sight. The same was true of Molly Magee, who joined the Bambergs a year later as an assistant, but who soon became a full-fledged partner in the enterprise of photographing Whim W’Him. 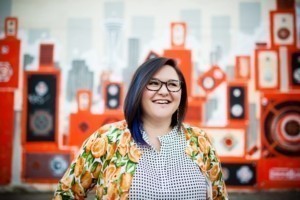 With this show, TRANSFIGURATE, the Bambergs and Molly’s era of presenting the company’s beautiful and quirky face to the world is coming to an end. Molly is preparing for a rigorous graduate nursing program, getting an accelerated BSN leading to a DNP (doctor of nursing practice) with a specialty in midwifery. Kim and Adam are moving to San Juan Island and expecting a second child in August. Kim says, “This week has been so full of sadness for me, I love Whim W’Him so much, it has been such an artistic release for us, a place where we can soak in the beauty and art. Letting our instincts do all the talking for us, it has been a place where I’m able to hold less expectation for my work which opens the door for surprises that I couldn’t have anticipated and also a deep satisfaction. I’m just really reveling in the beauty it has brought to our lives this week and I’m so thankful.” 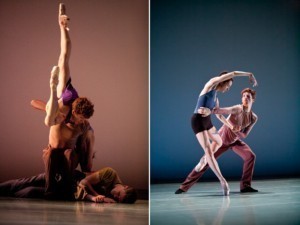 The Bambergs had been primarily wedding photographers up until they started with Whim W’HIm, but they took not just the formal posed images that tend to gather dust on the mantelpiece, piano or sideboard. Though they knew all about how to shoot elegant posed pictures, even more notable was their intuition about how to capture the emotions of an event—a wedding or a performance, onstage or off. And that is the kind of personal, sensitive and inspired attention to the essence of a scene that characterizes their work and turns it from a mere recording of facts to art. 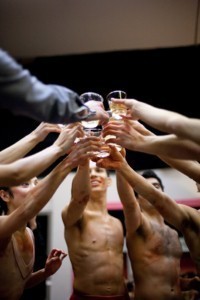 Yet when this (ad)venture started, says Adam, “I came in not caring that much, I was there to shoot with Kim, dance was not in my wheelhouse. Where a dance came from had never entered my mind”—though he’d understood that with painting or other arts. “But then came that first night and I realized I can go behind the wings! Witnessing that and watching not just an idea coming from someone’s head but the other collaborators participating and furthering the art” powerfully transformed the experience. 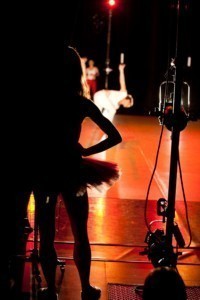 Being given the opportunity to be ‘flies on the wall,’ with no structure or demands, but only their own expectations was revelatory. Kim felt surprised that Olivier loved their photos, and she says at times early on she attempted to provide what she thought was expected. “But when I tried to think out what was a better shot, I got worse a shot.” Olivier, wisely, just said, “Do what you want,” and Kim learned to “forget the others, including what Olivier would like. It’s more of a feeling, catching energy and emotion—most often a close-up shot, but not always.” 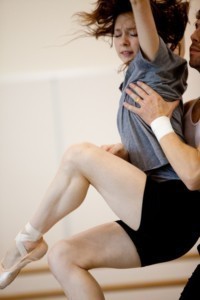 “It’s important what is in Olivier’s head,” Adam says, thus highlighting the distinction between working to please others and striving to comprehend what they are after. “Why this? Why that? Where does it come from? Understanding the backstory made me appreciate it on a deeper level. The more you know the more the value of the art increases for me.” 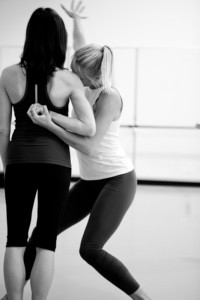 When Molly started collaborating with the Bambergs in June of 2010, she was very new at shooting with a digital camera. The courses she’d taken had all been in analog photography. “I owe a huge debt to Kim, Adam and Whim W’Him,” says Molly, whose native talent was evident to them even while she was just getting her digital sea legs.“They changed my life personally and professionally. I mean, what a privilege it has been to get to spend 8 years documenting this company!” 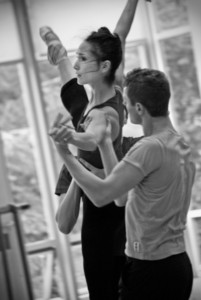 Molly’s first WW show was in January 2011 with Annabelle Lopez Ochoa‘s Cylindrical Shadows. That piece (later reworked by Annabelle for Pacific Northwest Ballet) “made it so I felt like the possibility of being a professional, a working artist.” 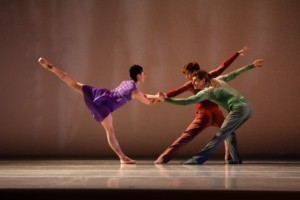 In the summer 2013 Whim W’Him was invited to perform at the Joyce Theater, New York City’s prime showcase for contemporary dance. Molly says she didn’t realize significance of the Joyce opportunity for the company at the time. 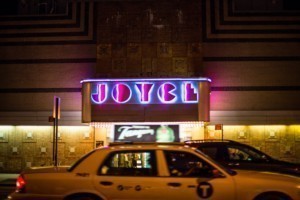 She was just helping out, which she did prodigiously—flying to Grand Rapids Michigan where Olivier’s piece The Sofa had premiered and driving the eponymous sofa alone in a truck to New York. “It was an amazing experience,” says Molly. “Typical Whim W’Him—an incredible thing with a DIY element.” 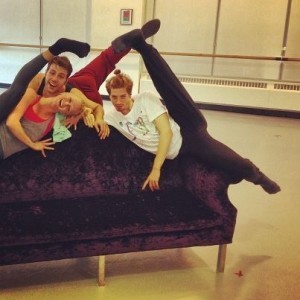 Molly and the Bambergs are not looking for the perfect in the dance process they record, but documenting the whole trajectory, and the warmth and sometimes humor of that approach comes across in all their work.

Adam says, “Oftentimes I can’t pay attention to it all, and we get to cheat and see it again. It’s what you’d like your audiences to be able to do. Seeing it multiple times, noticing and bringing out different things.” 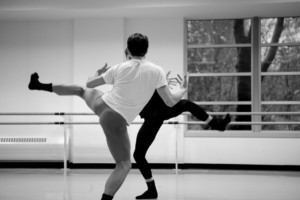 “Then,” he adds, “it’s just seeing people—what dance asks of the body and what bodies give—it’s extreme almost. Astounding to witness their strength, pain, torture, exhaustion.” As former athletes themselves, the Bambergs (Kim as a rower, Adam a climber and soccer player) have a good sense in their own minds and bodies of what that means. 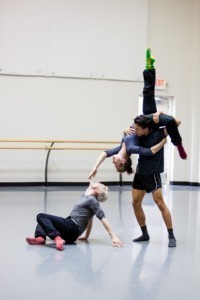 But there’s also been lots of fun. Kim notes the wonderful personal relationships that have developed within the company and between them and the dancers. “Whim W’Him is like our family and we have loved being a part of its growth and success through the years. It has been the one constant in our photography careers, and the thing that we have photographed the longest.”

“And we’ve been beyond fortunate to be among those top flight dancers from the very beginning,” Adam says. “—and meeting Michael Mazzola,” Whim W’Him’s phenomenal lighting designer (who was especially appreciated after the one time he had a conflict and couldn’t do a show).

“It’s like getting a Ferrari for you first car.” 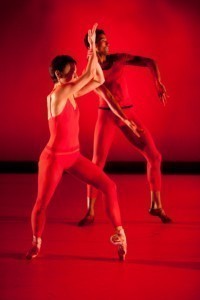 When I asked Molly if she might select some special moments or shots, she said that wasn’t really how they think about their photos of Whim. “We’ve never really tried to pick favorites and it doesn’t organically happen that way. Rather, it’s documenting a period of time,” a flow not a point or a single image. “The rehearsals are the heart of us and indicative of our emotions as a company in process, our artistry.” 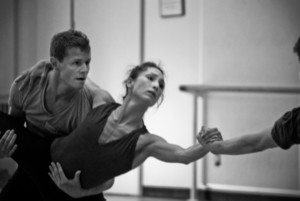 She continues: “Press images [of performances] are archival. They can be challenging, the changing light and  technical skills needed. But they are comments on someone else’s work.” It is the endless fascination of seeing things being made that attracts all three (and me as well, for that matter). The continual happening of the unexpected. “Striving and thriving, growth and change,” says Molly. 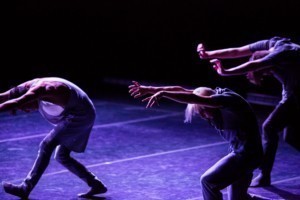 Change. Yes, change. The natural question is, if photographing Whim W’Him has been, as it clearly has, such a fruitful and nurturing environment and experience, why change? Why are they all stopping this wonderful relationship now? It’s been a difficult decision for each of them. To some degree, to put it bluntly it’s a matter of money. Their photography for Whim W’Him has been mostly volunteer work for all these years and they can’t afford to continue without some other more reliable sources of income, though that is only one of the reasons. 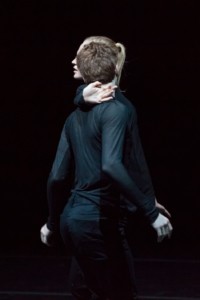 Molly says, “I still have a deep connection to photography. But the wedding market [their bread and butter], is saturated and highly competitive. Especially here in Seattle.” So to eke things out she’s done graphic design and free lance work, living paycheck to paycheck. “It is a career I love dearly, but mentally, emotionally and financially it’s not sustainable for me.” Yet it was very hard to give it up, and she was depressed and resistant for some time.

Then, on the ferry on the way back from a celebration of Kim’s birthday on San Juan Island last year, she had “a revelation. “I’ll become a midwife.” After a lot of research she chose a competitive path, but one that should allow her to work in hospitals or abroad and end her hand-to-mouth existence. And it’s highly unlikely that she’s done her last photography. 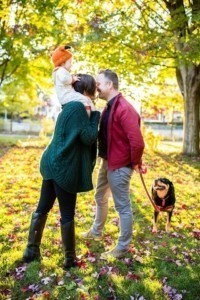 Kim and Adam have been planning for a long time to try living on San Juan Island, in the home where she grew up. The Seattle house they’ve been extensively remodeling for 5 years—even adding an extra story—is ready to be sold. They are planning to go to Scotland in January for a wedding and then to travel with their daughter Mirabelle and the new baby. They also want to try different kinds of artistic pursuits, more stock photography and more landscape and nature photography for Adam, working with encaustics (mixing her photographs with wax) for Kim. They also mean to try to earn some money doing high end portraits for people who visit the island. They’ll try this for a year and see if they can get enough photography work and make a new life for themselves out there. “We don’t want to go,” says Kim, “but it’s time.” 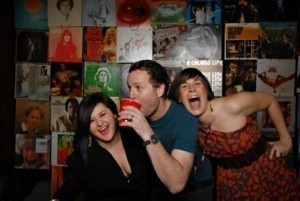 All three are at once regretful, perhaps a bit anxious and very excited for the future. 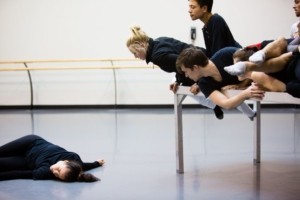 Blogger’s note: It’s has been difficult, in fact impossible, to write and illustrate this post without it growing to an unreasonable length and still being inadequate. There are thousands upon thousands of photographs, so many memorable moments, to be drawn upon. A hopeless wealth of possibilities. In the end I’ve chosen, at times almost randomly, from among my own favorites or photos I hadn’t seen for a long time. These three photographers’ images have many times been the inspiration for my own writing. Without them there could not possibly have been a blog.