out on a whim – Jesse Higman

The first notable thing about Jesse Higman‘s whirling, mysterious recent paintings is the surprising contrast they make to the meticulous, controlled and linear work he produced earlier (and sometimes still does): designs for album covers, T-shirts, ticket stubs, and painting on leather jackets for (often-famous) Rock bands—even the nose of an Air Force jet plane or two. 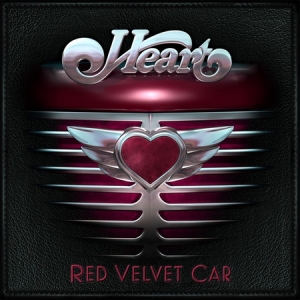 Equally notable is the setup he has developed to produce his latest pieces. In his words, “I pour paintings on large, flat, black canvases. I call this technique ‘illuvium’ for the geological term of particles settling on flood planes. It is important to me they are poured as one-shot gestures, as testaments to the profound beauty in life’s simple situations. They form over 15 minutes as the water drains off a table or down one of the holes in the canvas. The acrylic paints consist of tiny flakes of iridescent mica suspended in a glue-like binder. I dilute them to a consistency of milk, until the particles are free to flow independently in the solutions. For each painting I design a specific jig or ‘table’ to deform the Masonite canvasses. I refer to the Masonite as canvas because it becomes pliable like fabric when draped over a form. The structure acts to guide the flows across the horizontal surfaces. I can make hills by raising areas, and valleys by weighting holes to pull the flows of particles. It is in the building of these structures where the thought and labor occur. … It is a dichotomy, a balance of work and letting go to the unknown.”

Jesse seems always to have been a highly energetic and adventuresome person. As a quadriplegic, with only limited use of hands paralyzed by a car accident when he was a teenager, he has learned to call on will and stamina, ingenuity and an unquenchable imagination in place of what might seem more obvious necessary preconditions for a painter. “For me,” he says, “gravity is pretty profound,” and his art is a real-life illustration of the old saw that necessity is the mother of invention. But more than that, his work—in both its fine-art and graphic design incarnations— continues to be both highly skilled and original, a tribute to a focused, patient and audacious soul. 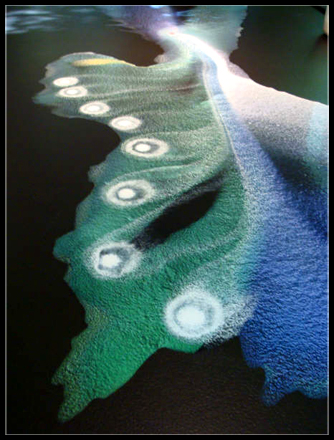 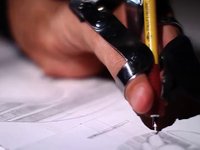 For the très out on a whim auction/party on October 15, Jesse has graciously donated a lyrical, flowing painting called Aplomb: 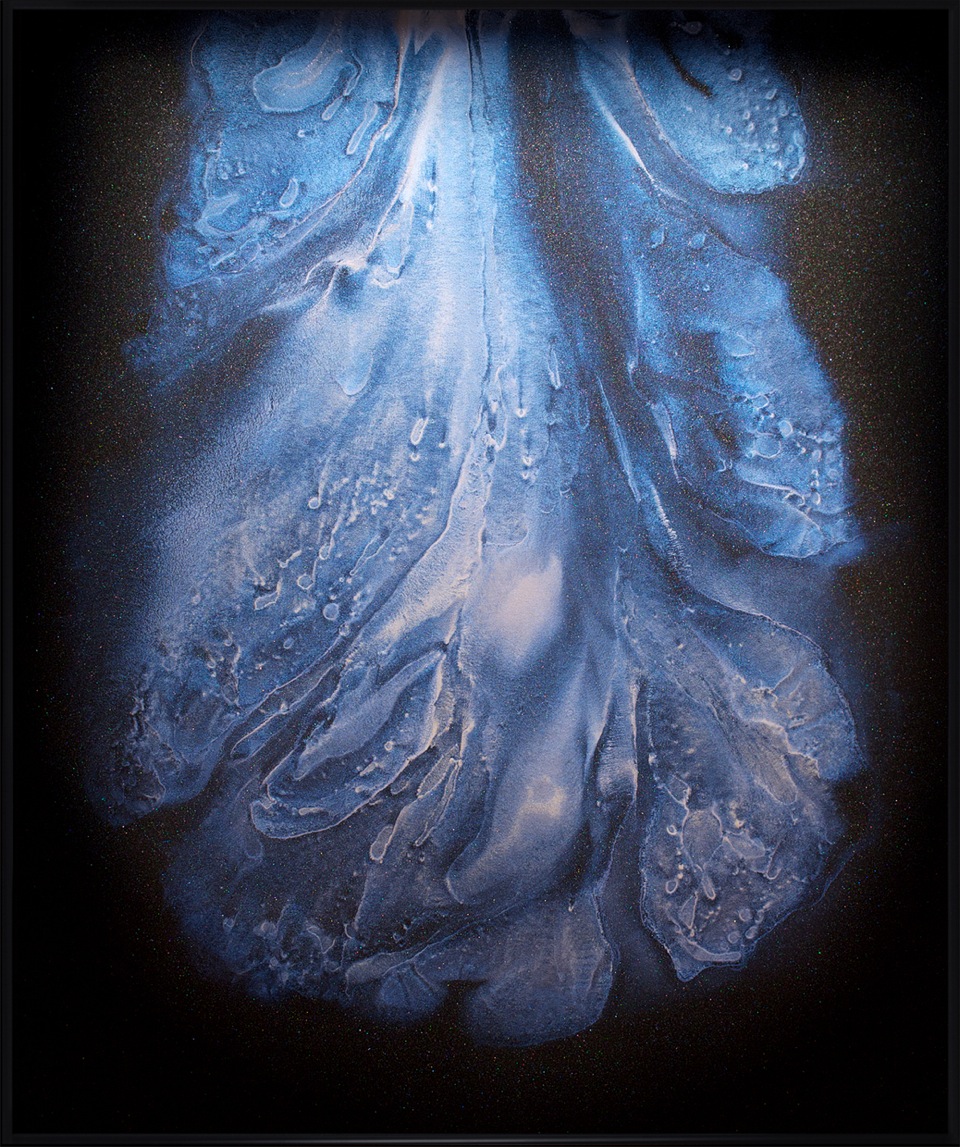 To see more images of Jesse Higman’s work as well as videos of his process, check out: