At Q&A sessions after the Whim W’Him performances that concluded last Friday, the dancers were asked about their experiences with this program. The black box Erickson Theatre on Capital Hill holds only about 150 people, in contrast to Whim W’Him’s usual venue, the 400+ seat Cornish Playhouse (formerly Intiman) in Seattle Center.

The new performance space allowed audiences to see the dancers up close and to have a greater number of shows (eight rather than three) to choose from. The adjustments required by the dancers were quite considerable. At the Playhouse, spectators are lost in blackness. Audience reactions come to the performers just via their ears at a distance. Of course the 7 dancers knew about the setup beforehand, but as Thomas Phelan said,
“It was jarring in the beginning.” Others added,
“You can see all the faces and hear everything.”
“Hard not to play up to the audience.”
“It took about three shows to get used to it.” 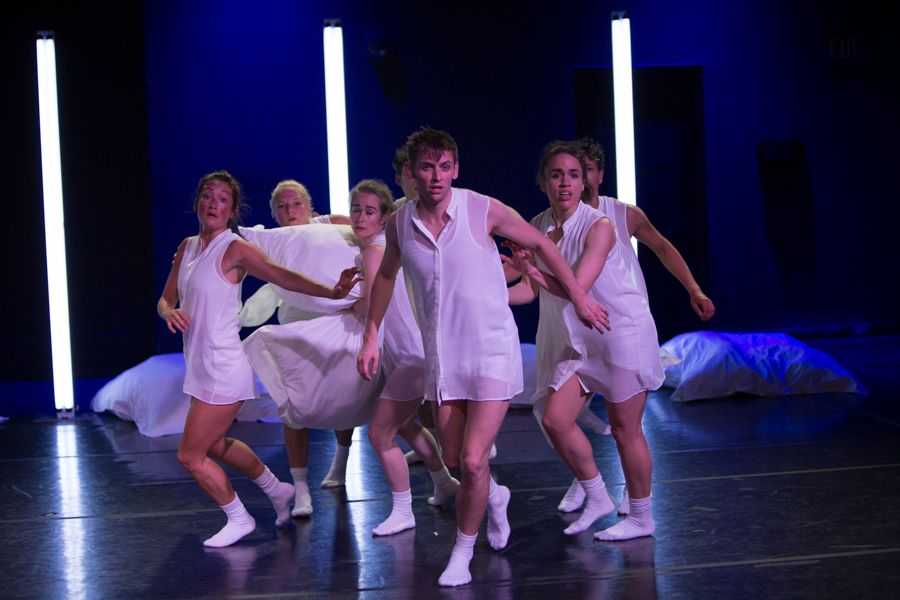 Then there’s the longer run this time. What happens when you perform a piece eight times, five in four days? What does it require beyond mere stamina? Mia Monteabaro says she’d like to try it again, “to try new things, change it up.” 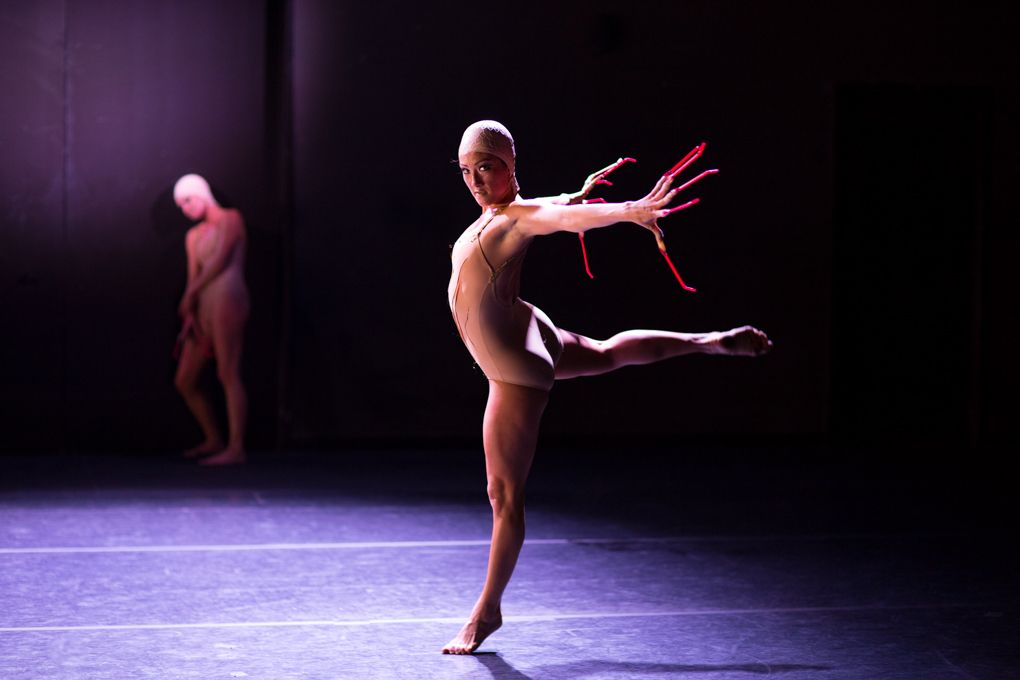 The dancers talked about how they make the dancing experience richer, for the audience and themselves. Tory Peil tells stories to herself about the roles she dances. The viewers may never know anything explicit about them, but they are a medium for imbuing the movement with the individuality of a particular dancer, layered in with the often very detailed instructions of the choreographers (in this program: Annabelle Lopez Ochoa, Andrew Bartee, and Whim W’Him artistic director Olivier Wevers). Lara Seefeldt said it took until she was in first rehearsals on the stage really to feel what the nature of her role in the three pieces was. From then on each part grew with each iteration.

Others talked about how the characters they portray become clarified and relationships between them deepen. Jim Kent said that the sibling-like relationship he and Lara developed in Above the Cloud by Olivier is rather like their off-stage connection. 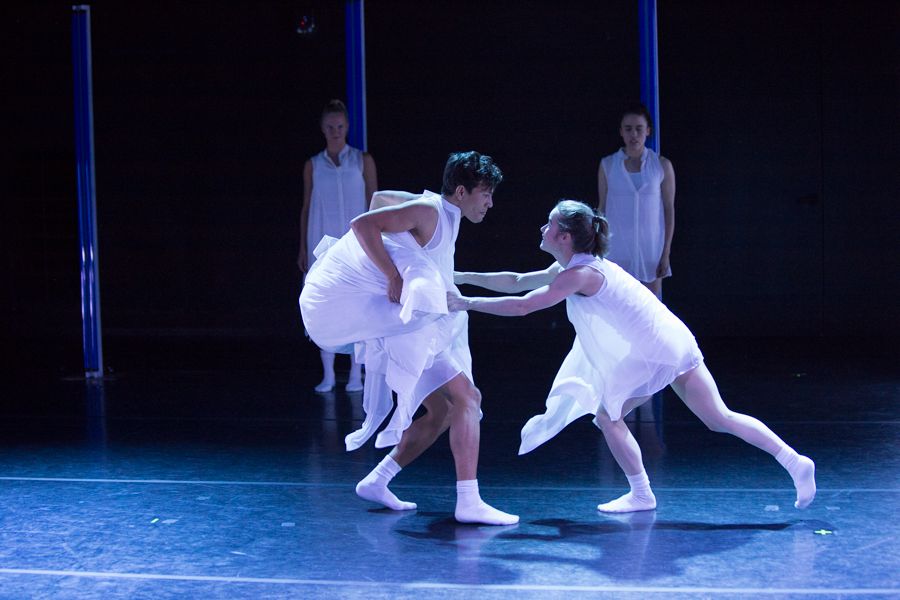 Lara remarked that it was only when they got to the theater that the sense of the piece really jelled for her. Geneva Jenkins reminisced about developing a rather complex relationship with her pillow in the same piece, fighting with it, finding comfort in it. 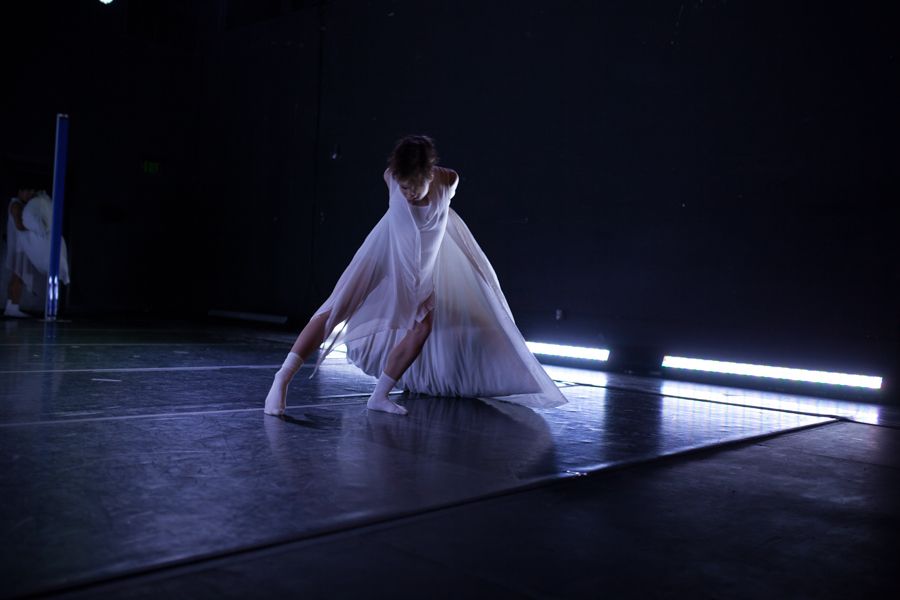 Kyle Johnson talked about the little things that change from show to show—that evening, for example, at one point when Tory looks up at him, he just felt that he wanted to smile at that moment though he hadn’t before, so that became part of their duet. 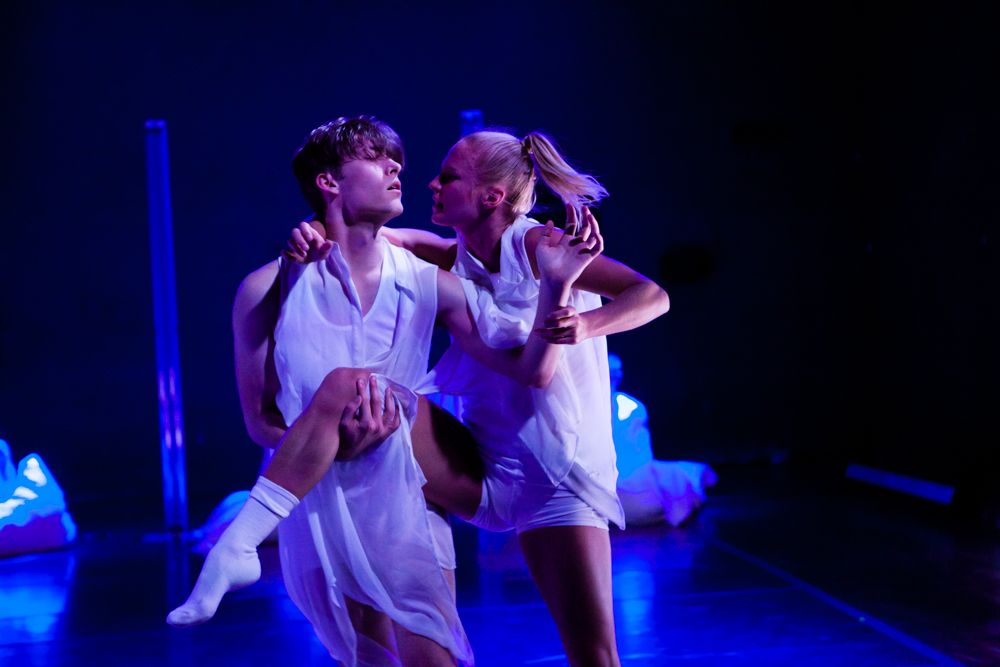 That’s just one example of how the performance grows with repetition, though the word itself is misleading, because as Mia points out, no two shows are alike. And that is the seductive beauty of live theater! 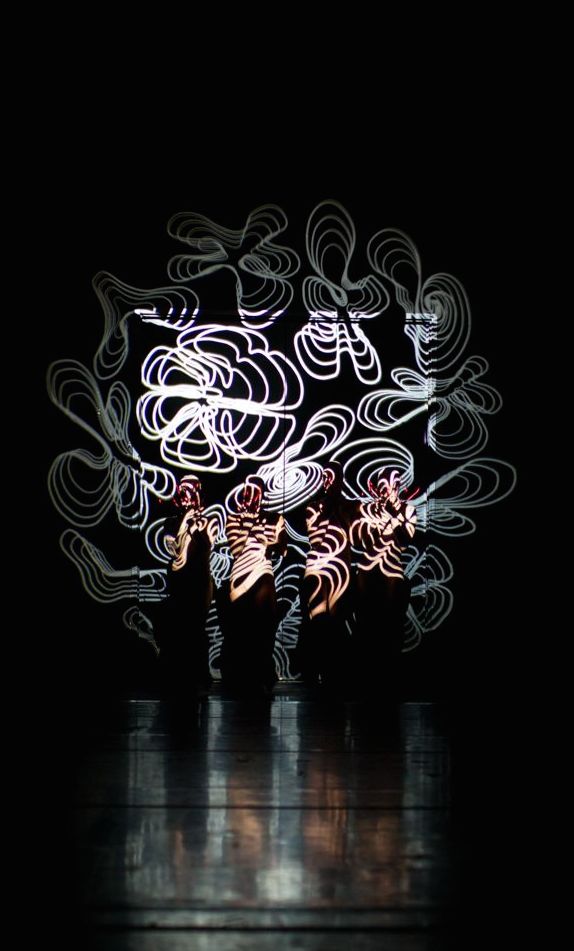