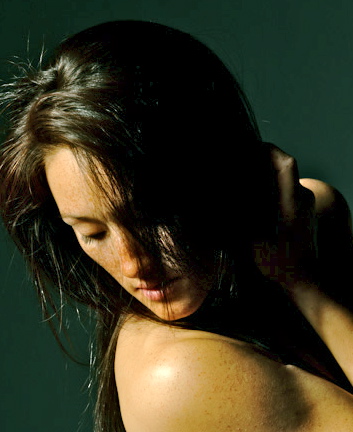 Mia Monteabaro has a knack for letting each stage in her development to contribute to the next, so that even setbacks fuel further growth. She grew up in Santa Barbara. Starting out young—as competitive gymnasts must—she meant to go on to the Olympics. But the vicissitudes of life got in the way. When she was 12, a girl she knew fell, and Mia contracted a debilitating fear of backwards tumbling. She tried without success to work through it and eventually had a serious talk with her coach, who suggested a month’s rest.

Mia did take time off gymnastics, but “I couldn’t not be active for a whole month!”
So she started ballet, which led to her being in a Nutcracker production. “Afterwards,” she says, “I couldn’t go back.” She has never been one to give up, but always keeps moving onward. A quiet and soft-spoken person, Mia is also, as she points out, a Taurus.
She knows how to go with the flow, yet at the same time has “a certain stubbornness in there, when there’s something to believe in.” 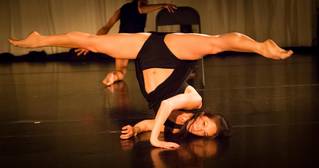 So she threw herself into ballet as she once had pursued gymnastics, without dropping her original love entirely. The knowledge and body control she gained in the gym have been useful, both when she’s coached gymnastics and in dance, which has a lot of gymnastics in it these days. By the end of high school, Mia had completed six years of ballet training with the West Coast Ballet company and school in Santa Barbara, as well as summer programs with the Joffrey Ballet in New York and the International Dance School in Jackson, MI. Then she applied to college.

Why college? I ask. Given a dancer’s short career span, many choose to put off full time school. “Because I started dance late and felt I needed more time. In a dance company, you often start at 17 and 18, and you grow up there. I wanted to train and mature more,” before going professional. The University of Utah’s Ballet Department was rated top academic dance program in the US at the time. Mia went for it, filling out an application to the one place only. “I’ll try that,” she thought. “All or nothing.”
And she was admitted. 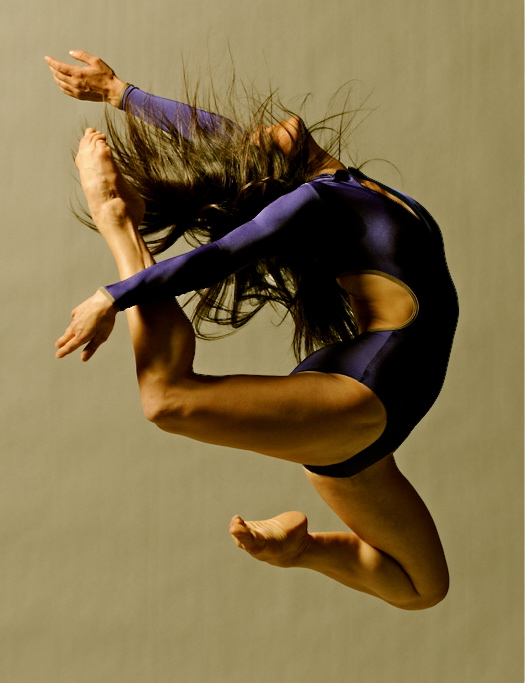 Four years later, she emerged with a BFA. While at the university, she performed with Utah Ballet and the Character Dance Ensemble. But once out, she was sidelined by injuries, took two years off dancing, and had foot surgeries on both feet twice, where extra bone fragments were removed. (Curiously, Lara Seefeldt, another of this season’s new Whim W’Him dancers also had to undergo the same surgery.) Once back on her feet, Mia decided to go into the direction of modern dance. At this point she auditioned for Spectrum Dance Theater. 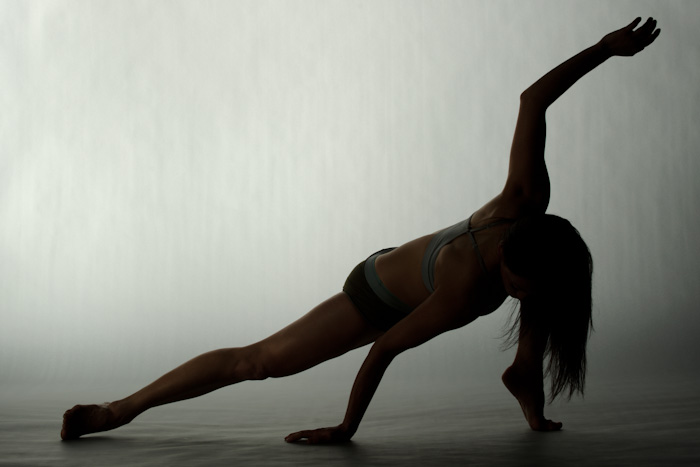 Before college, Mia had done strictly ballet. Her mom took her to some modern performances in Santa Barbara, and she’d attended a few master classes. Yet even at the university she took little modern dance. So Spectrum was a challenge, and the path there was “a complicated process.” It began at a summer workshop, where she met future Whim W’Him dancer Tory Peil and others, about half schooled in ballet, the rest with backgrounds in modern. Six of the group got a two-week callback. Then there were three, and only one contract on offer. “It was like a reality show,” Mia says. “We were living out of cars.”

Mia did not get the contract, but she continued to “hang around Spectrum and take class.” Around Christmas, she had a talk with Donald Byrd, Spectrum’s founder and artistic director. “I moved here,” she told him, “and want to be a dancer.” He told her, there was no money, but she could join the half dozen apprentices. So she did and began to teach classes in the Spectrum school as well. Spectrum, Mia says, is “Intense and exhausting. Everyone who goes there is changed. You learn a lot, physically and mentally.” Among other pieces, she did FRAGMENTS, which she learned from sometime Whimmers Kelly Ann Barton and Vincent Michael Lopez. That’s when she met up with its choreographer, Whim W’Him artistic director Olivier Wevers and worked with him for the first time. While at Spectrum, she also danced for Seattle Opera, along with Whim W’Him’s Kyle Johnson, and in Turandot.

Rehearsing The Sofa with Kyle

Mia and Drew, her boyfriend of eight years (they met at Utah and have been together since) have settled happily in Seattle. “I like to enjoy the city,” she says. “You’re inside so much as a dancer. When I go out, I need something visual. In Seattle you can sit for an hour by Greenlake or in a park. I wouldn’t be so inspired by a water tower view.” 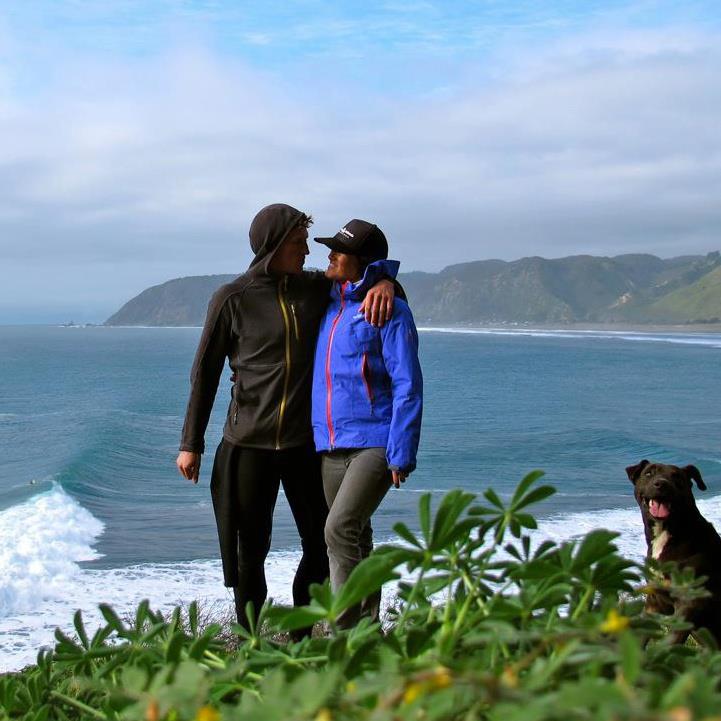 She and Drew both love travel too. This summer they spent a month in Chile, dividing their time between the mountains (he’s a professional skier) and surfing at the beach. And Mia has danced in Amsterdam, London, Beijing, Vancouver, St. Petersburg, and various parts of the US.

Mia is not dancing with Spectrum this season, and she says “I do miss dancing all day long every day.” But she is hardly idle. Now, in addition to preparing for the January Whim W’Him program Crave More*, she says, “I piece out a living” teaching in Issaquah at a couple of studios, partnering a man in tango, performing with Daniel Wikins’s Dassdance, and part-time baby-sitting for Lara’s little daughter.
She adds, with her infectious smile, “I feel busy.”

At a Whim W’Him rehearsal

She does Pilates, too, in hope of eventually certifying for teaching. Some day, Mia would like to go back to school and study physical therapy. All her circle of friends are dancers or athletes, and “Everyone has a nagging something.” With the various injuries and physical setbacks she has experienced in her own life, “I can relate to them,” she says. And she knows what a crucial difference a good therapist can make.

*Tickets for Crave More, January 18-20, 2013 at Playhouse at the Seattle Center
(formerly Intiman Theatre), are now on sale at: Whim W’Him | Crave More

HAPPY NEW YEAR TO ALL!