For the first time Whim W’Him, and the majority of its dancers, performed on a New York stage. The driving vitality of New York in the air all around, the constantly moving people and vehicles on the streets, the rumble of subway cars deep underground, the cacophony of multi-lingual voices, sirens, planes, motors and music energized everyone.
Molly Magee, of Bamberg Fine Art Photography captured the excitement.

Studio rehearsals before the first show were lively, the watchers alert and responsive.

At the theater on Monday, during the only dress rehearsal, Whim W’Him artistic director and choreographer of the evening’s works, Olivier Wevers, gave notes,

while the dancers listened intently.

Before each of the two performances, the stage awaited,

backstage was charged with electric ebullience, as the dancers warmed up,

and climbed up to the wings, 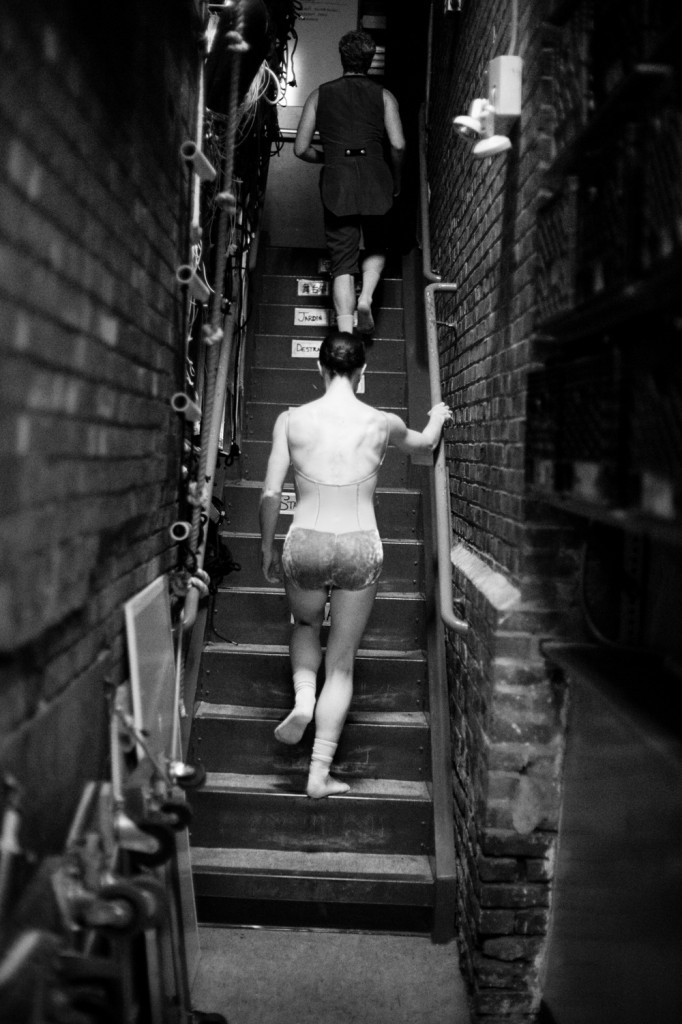 As the evening unfolded—with Monster, 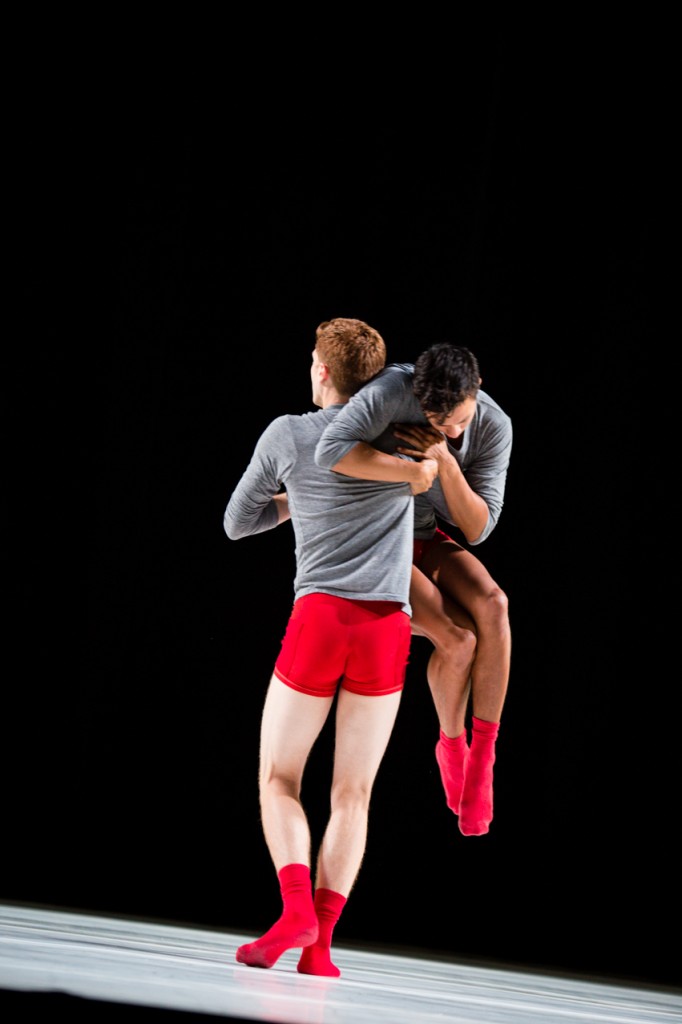 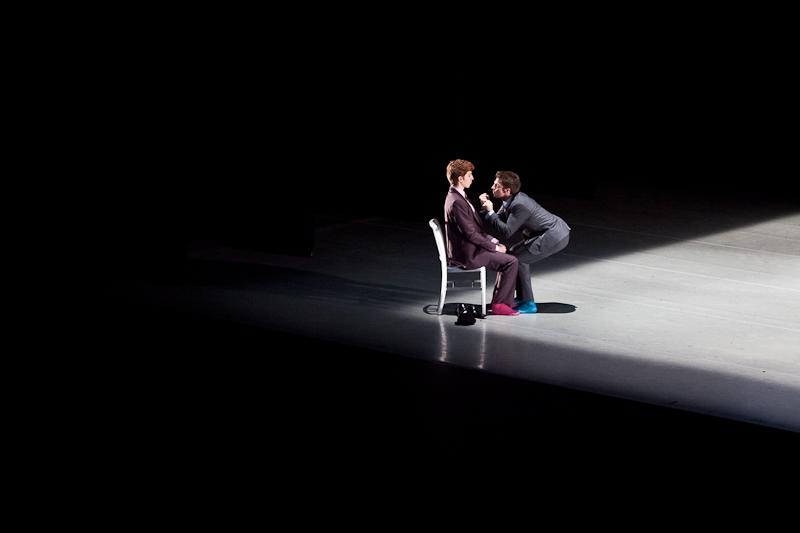 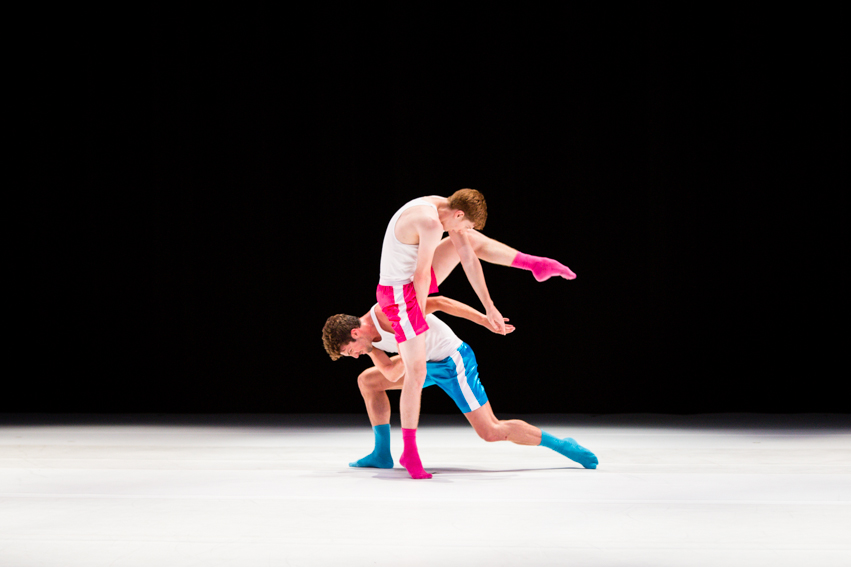 audience response was everything hoped for. And backstage erupted in jubilation. 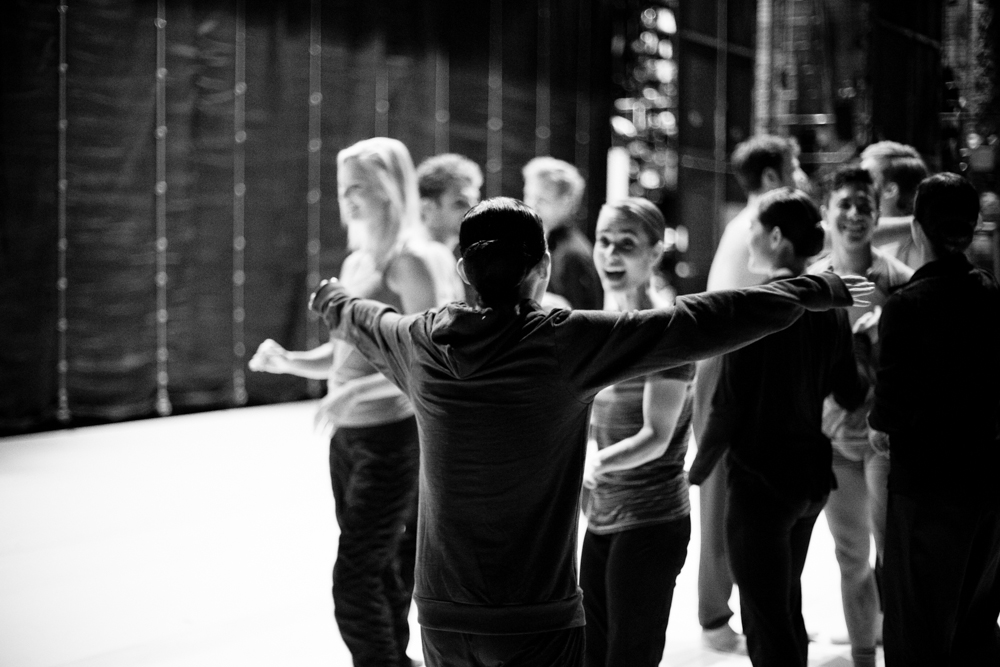 OVER THE NEXT FEW WEEKS, LOOK FOR POSTS ON:
What did NY critics & audiences say about Whim W’Him? and what does it mean?
Grand Rapids Ballet whimmer Laura McQueen Schultz
Stage manager Jill Carnine
Whim W’Him auditions in New York & Seattle
Some thoughts about taste, objectivity & conflict of interest in dance writing…