mixing it up – Sidra Bell 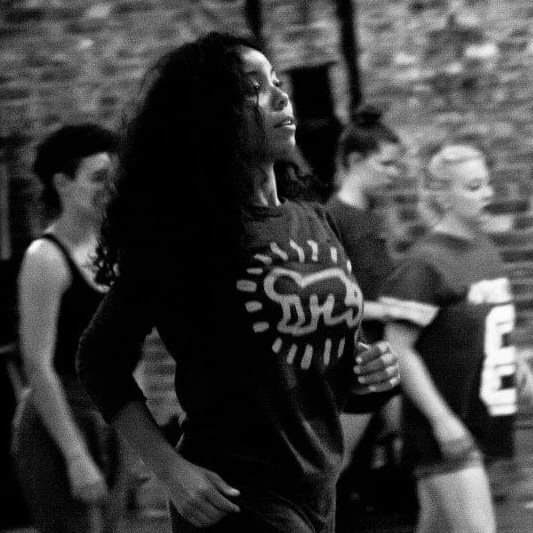 Hers was a remarkably rich childhood. Sidra Bell, whose first piece for Whim W’Him will open on January 17 as part of the XPRESS program*, grew up in New York City. Both parents were practicing musicians, and the family (including three siblings) sang together as well. 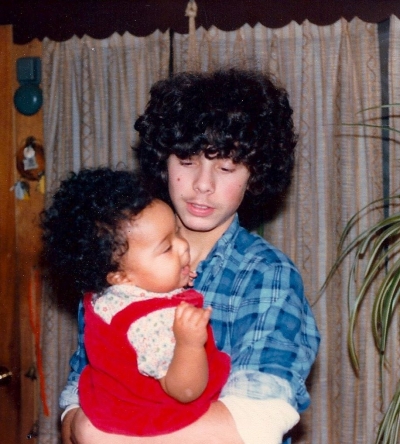 “Visual arts were a big part of the picture too.” And dance “was in the atmosphere” of the home. Sidra says she was “a physical child, and well-coordinated.” Her mother took dance classes at Alvin Ailey. So, it was more or less inevitable that even in pre-school, she would be introduced to dance  (at a school called Miss Patti Ann’s). 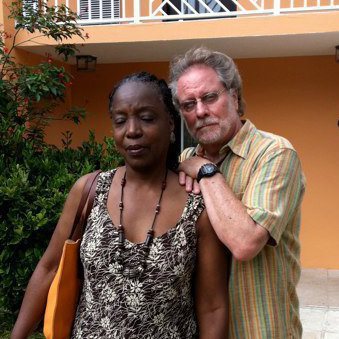 Then at 7½ Sidra started her serious dance study with pre-ballet at the Dance Studio of Harlem in a Saturday morning program. The company was housed in the same building, so at an early age she was exposed from the inside to the workings of a living theatrical enterprise. At that time Arthur Mitchell (NYCB principal dancer and co-founder of DTH who died last year at 84) was still the artistic director. The curriculum, based on his pedagogical principals, though mostly classical ballet, included “a lot of tap classes too.” Mitchell, as Sidra puts it, “was an enforcer of having tap,” which she credits with teaching her about complicated overlapping rhythms and “articulation of the ankles,” as well as fostering a sense of play. But at 14, Sidra recalls, her parents thought she would benefit from expanding her exposure to different dance forms. So, she auditioned for the Alvin Ailey School, won a full scholarship, and studied there for 3.5 years. At Ailey, in addition to ballet, she had classes in Graham and Horton techniques and a little jazz. 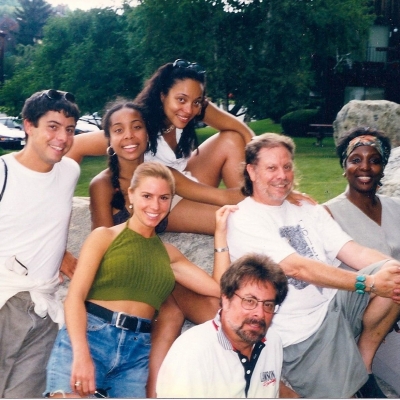 During her years of dance training, Sidra’s life outside the studio was lively and varied, her schooling top-notch, especially for someone oriented toward the arts. Her family went to museums, concerts and shows. She first attended a Bank Street Method school, which she loved because of the practical and focused learning. “I was a quiet child,” she says. At home, she reveled in making tiny intricate things with her hands and indulged her lively imagination, dyeing her dolls’ hair with eye shadow and building elaborate fortresses for her friends and herself. Her elementary years, at Bank Street School for Children, were followed by high school at the Spence School for Girls, where classes were small and she could both take college prep courses and spend “hours a day in the arts studio.” 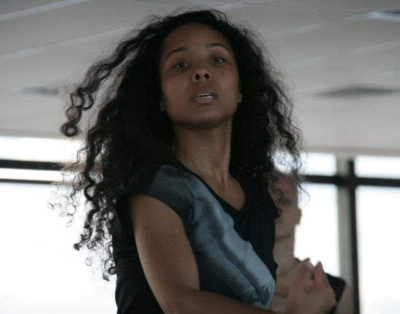 As her high school years came to an end, Sidra applied “to a lot of places,” among them Tisch, SUNY Purchase, Princeton and Yale, and wound up continuing along a broad combined artistic and academic route. “At 18,” she explains, “I needed to expand beyond the conservatory model” and opted for Yale. The first year was hard—being away from family and from the atmosphere of Ailey that she had loved during high school. And there was no dance major at that time at Yale. But Sidra never seems to have sat still or passively waiting for things to turn up. She makes them happen. She got involved with several student-run dance companies at Yale and taught dance in New haven. A group called Alliance for Dance at College that she founded is still there. During this time her leadership skills and her concern for the broader community grew. “There was a bit of a vacuum. I became the dance advocate on campus.” Her passion for dance led her both off-campus and to “other outliers at Yale.” Now, almost two decades later, Yale is instituting a dance studies program, “and I like to think that I contributed to that movement.” She adds, “It was good for me. I loved it, being in college.” 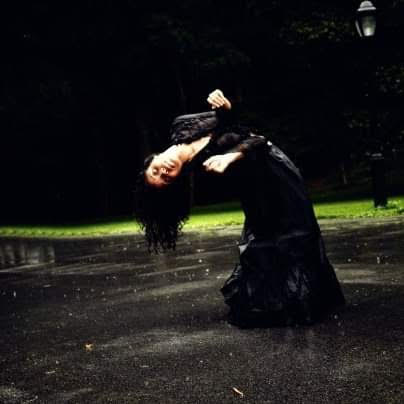 When Sidra graduated in 2001, there was a lot of momentum to keep going. A colleague of her mom’s with a connection to the Harlem Community Center at 131st and Lenox Ave was able to book the hall there, “and over the next 5½ months we put together a show,” which went on in December 2001. “We” included her dad, a jazz pianist, her aunt, a jazz singer, another relative to do the lighting and more family members and friends with experience in the visual and performing arts who all contributed, along with colleagues she had met and worked with in college. “It was a real community affair.” By this point, she already had “sort of a company,” and a career/life with “so many components, my dad and mom, the community at the center, fellow dancers.” 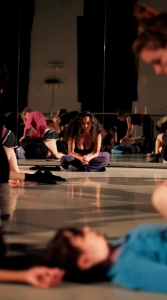 During preparations for the show, Sidra approached the community center to propose a series of classes for girls. She had done a lot of work with women and wanted to focus on young women, a constant theme in her professional life. Her company website notes that her work “reveals aspects of the human condition through a distinctly female lens.” It was also the beginning of her company, Sidra Bell Dance New York and the first steps toward what she now creates and loves best: complex performances where her many-layered arts background, collaboration with other artists, and community-building all come to fruition.

She appears to be constantly in professional motion, whether in connection with performances of her peripatetic company—which has traveled all over the US and to Canada and as far afield as Denmark, Turkey, Bulgaria and Slovenia—or in commissioned works like the current one with Whim W’Him. And as if all that weren’t enough, she also is currently a master lecturer at the University of the Arts in Philadelphia and adjunct professor at Ball State University in Indiana, and has been an artist in residence at Harvard University, as well as adjunct professor at Georgian Court University in New Jersey and Barnard College in NYC.

But Sidra seems always to have had two  poles in her career. On the one hand she has a burning need for communal projects and full hands-on intuitive immersion in the whole spectrum of making art (music, theater, film, fashion design, visual arts, as well as dance), while on the other hand, she it clearly fascinates her to take a more academic, cognitive, objective approach to her work. True to form, the next stage in Sidra’s busy career, deferred a year, was the MFA program of the Conservatory of Dance at State University of New York (Purchase), which she saw as “a formal environment to develop craft as a young artist.”

It was, Sidra says, “such a lucky time to be there.” There were great teachers and visiting artists, and many of the students she trained with have stayed in dance. She made connections, which years later have a habit of becoming re-connections. Life in the dance world is “characterized by a transience of forms, and that has to be accepted.” Relationships come and go and reappear in different ways and roles.

Her coming to Whim W’Him is a case in point. Sidra and Whim W’Him artistic director Olivier Wevers met in 2009 at the National Choreographic Initiative in Irvine, California. “We connected really well,” she remembers. At that point she was still very early on in getting ballet commissions, but they stayed in touch. Her brother came to work for Apple in the Bay Area, and she has taught and choreographed at Cornish College and restaged some of her work for The YC of Kate Wallich. Seattle, in her view, is “a forward-thinking city for dance.” And Sidra knows members of the Whim W’Him company—she worked with dancer Karl Watson in Chicago, she knew Liane Aung in NYC, and Cameron Birts was a student of hers in an improv composition class. “So, we didn’t need to start from zero.”