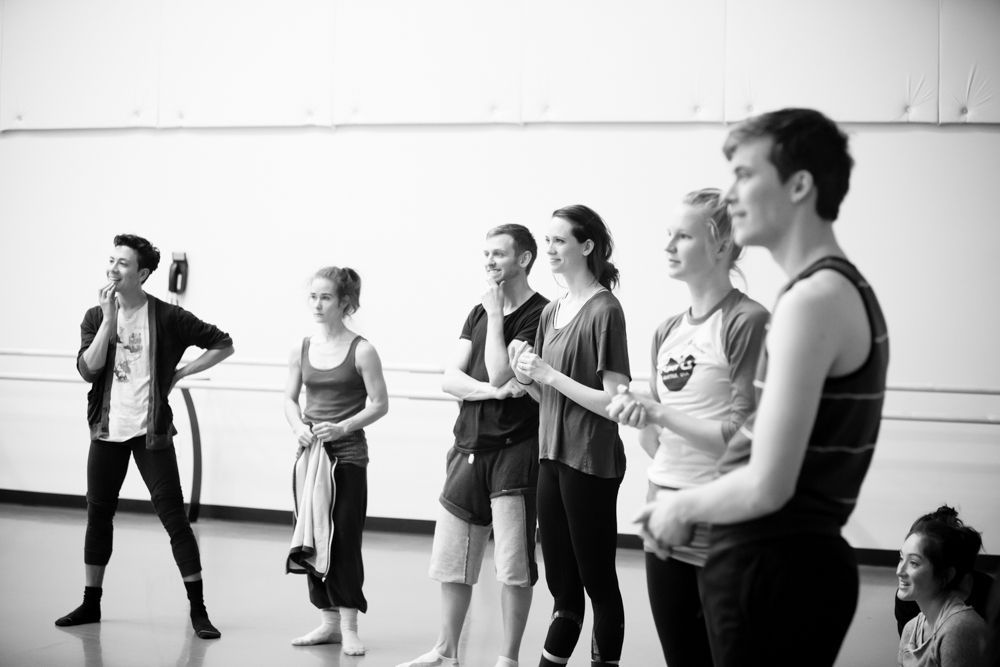 Spanish guest choreographer Juanjo Arques is learning the dancers of Whim W’Him.
They talk together a little and then start to move with a series of improv exercises in couples. Juanjo makes suggestions. 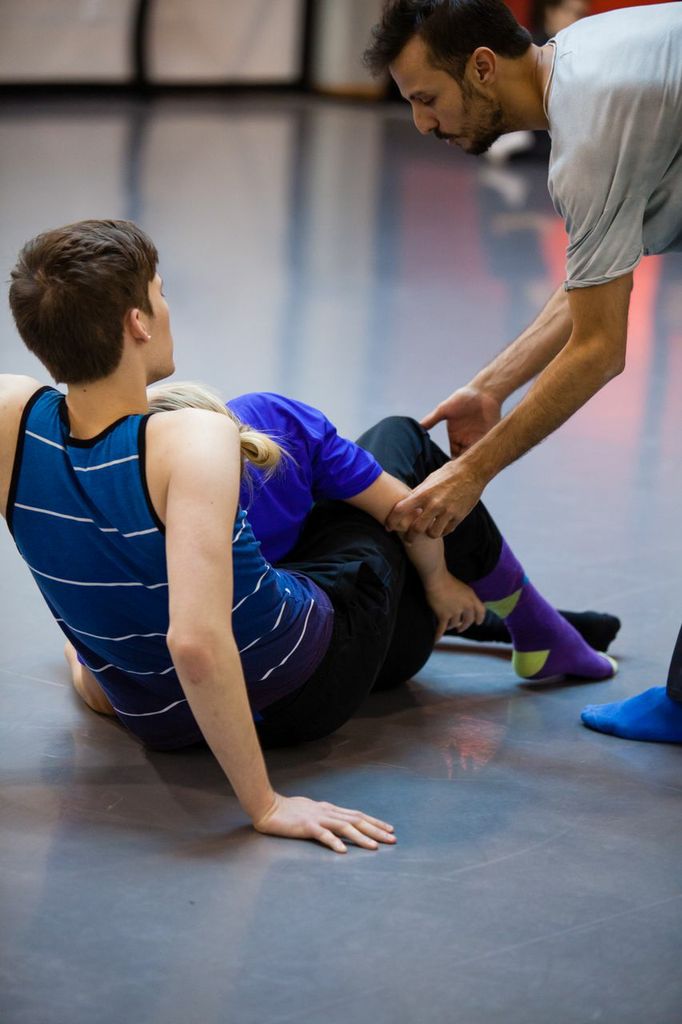 After a few minutes, the couples change. A loose situation is set up—four pairs of people who haven’t met each other before. Their initial impulse is the rather mechanical way such sounding-out conversations start, the physical corollary of asking mundane but basic questions: “Who are you? Where do you come from? What’s your job?”

The connections within the couples grow closer. A sequence created by each of the four couples is shown to the whole group. With his benign and curious hawk eye, Juanjo observes the dancers and comments on what he is seeing. His watching glance gathers information from individual stances, motions, hesitations that seem to betoken— unconsciously or by the intention of the dancer—some attitude or cast of character.
Mia Monteabaro & Geneva Jenkins watch each other intently the whole time.
Geneva recedes as Mia approaches. Geneva drops to the floor and slithers up to Mia. They are, Juanjo remarks, a little like cats, and indeed they do have an intent and playful feline seriousness. He notes their changes of level and how they curve around the stage, then come right down and cross the front of the rehearsal hall, “a powerful position, close to, maybe threatening to the audience.” 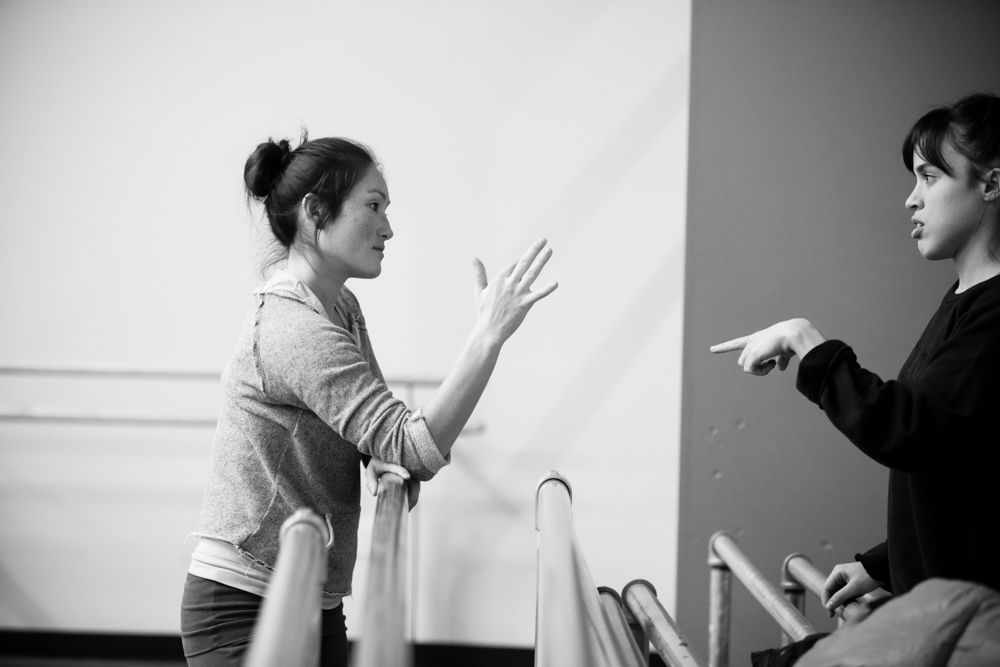 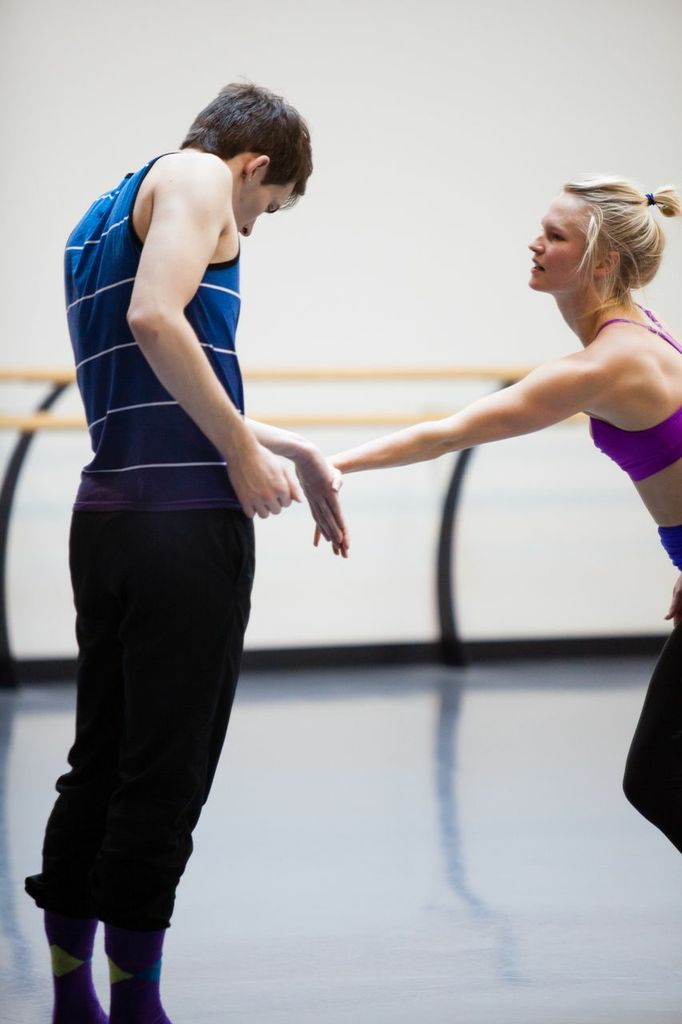 Juanjo watches a rehearsal video of each of the pairs with them, talking about what he sees, what he wants to save, how it can be shaped and crafted into a coherent narrative. 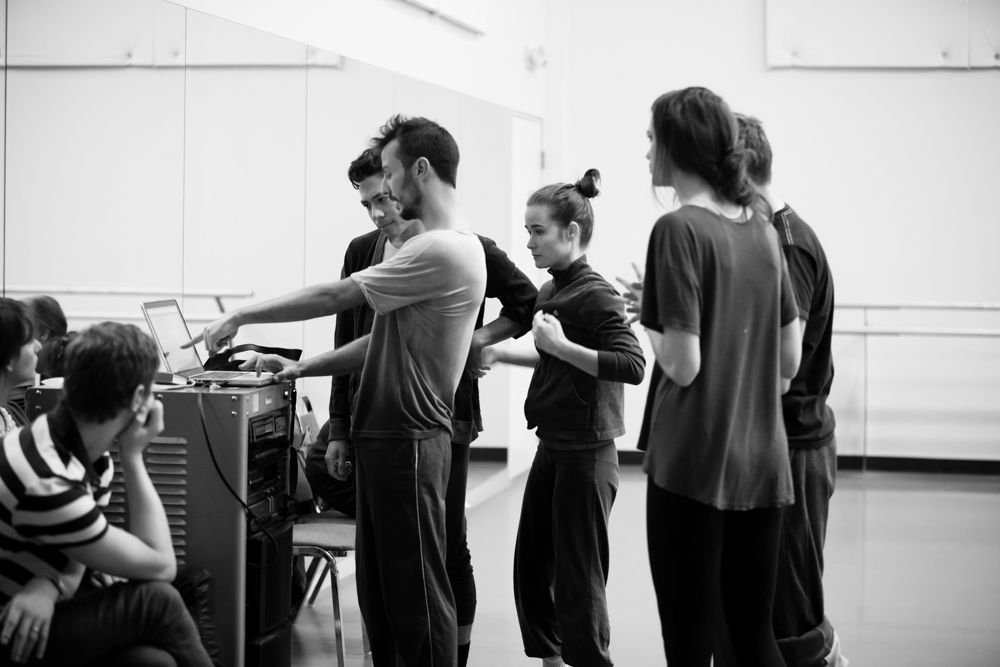 He has a mind to employ the four remaining Whim W’Him dancers, Jim Kent & Lara Seefeldt, apprentice Madeline DeVries & Thomas Phelan, as comic counterpoint to the heavy drama exuded by the other two couples. Within one sequence for this quartet, Juanjo modifies their side-by-side duets repeatedly to further humorous effect, as Lara and Jim’s movements become more and more rounded and organic, while he leads Maddie and Thomas on to emphasize the gangly and awkward in theirs.

Of the three pieces to be premiered at Seattle’s Cornish Playhouse on January 17-19,
•one is built around a theme—Whim W’Him artistic director Olivier Wevers‘s Instantly Bound based on gun violence and the processing of sudden death;
•one finds its roots in music—Olivier’s response to the Chopin of Les Sylphides;
•and one—being created as I write this, by Juanjo—grows out of character improvisation. 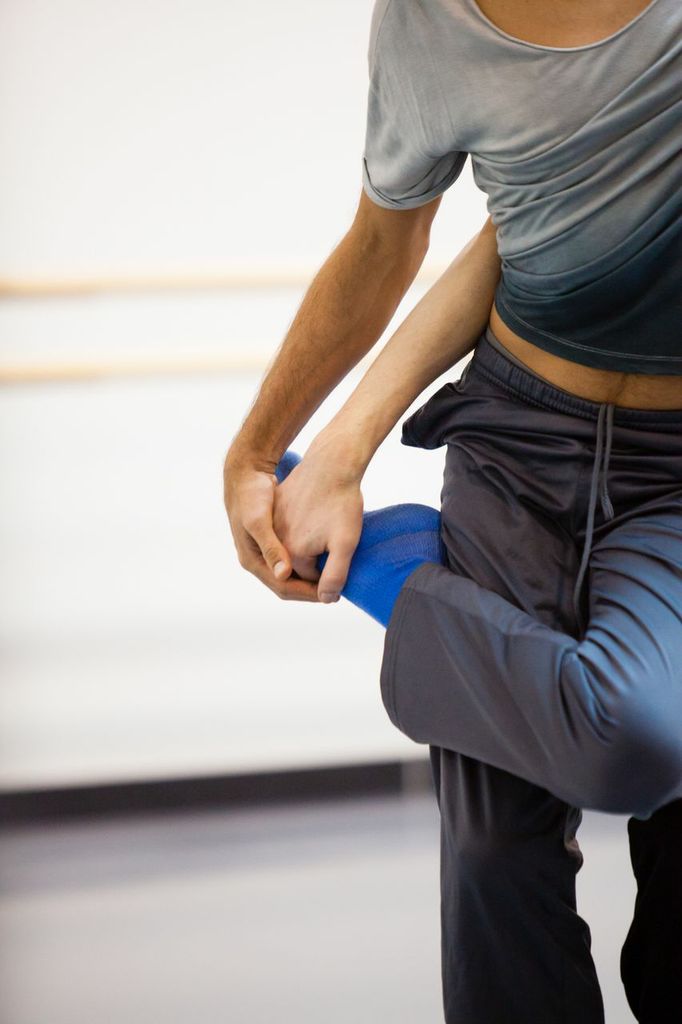 As the days of the first week pass, Juanjo gets right into the midst of the dance himself.
He pins down movements, tries different sorts of music, draws out personalities, and nudges relationships to form. Combining his burgeoning store of information about these people, he invents tales, making elaborate mental collages, then works to prune back the web of complexities that wants to grow up around them.
“It needs to be simple,” he says, “and that is much harder.”

And then come watch the final result!
January 17, 18, and 19 at Cornish Playhouse (formerly Intiman Theatre)—
https://www.whimwhim.org/event/instantly-bound/