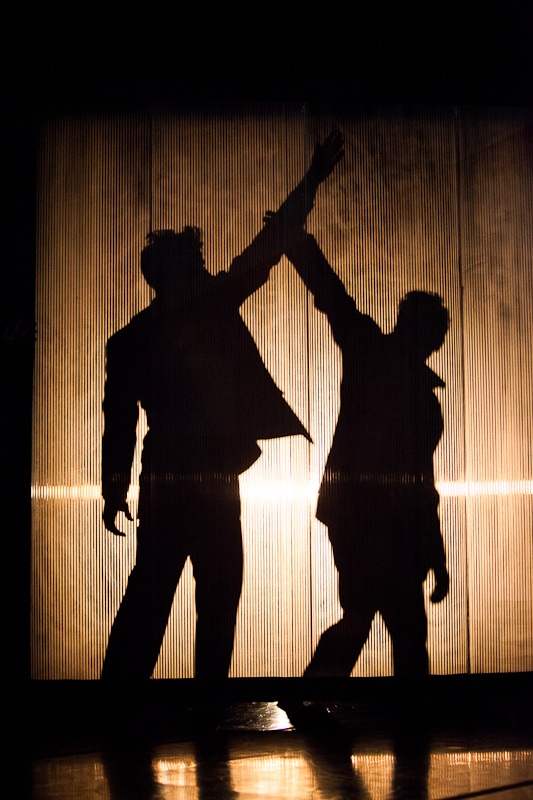 There is such tension in this program between external constraint and interior feeling.
It is expressed in Approaching Ecstasy in the contrast between the flat, uncompromising angles of the unadorned stage; the rectangular set pieces; the discipline of dancers and musicians; the symmetries of musical construction; and the somber costumes, on the one hand, and in the ardent thrust of the music itself; the lungings and entwinings of the dancers—and in the mystery of light.

The brooding luminosity of Whim W’Him’s new collaboration with the Esoterics, is the creation of Jeff Forbes, a busy Portland, Oregon-based lighting designer who has lit a lot of dance (Jeff A Forbes Performance Lighting). Since high school in Anchorage, Jeff has been involved one way or another with theatrical lighting. But in those early times, though he was intrigued by all aspects of theater, his primary focus was acting.
At Lewis and C