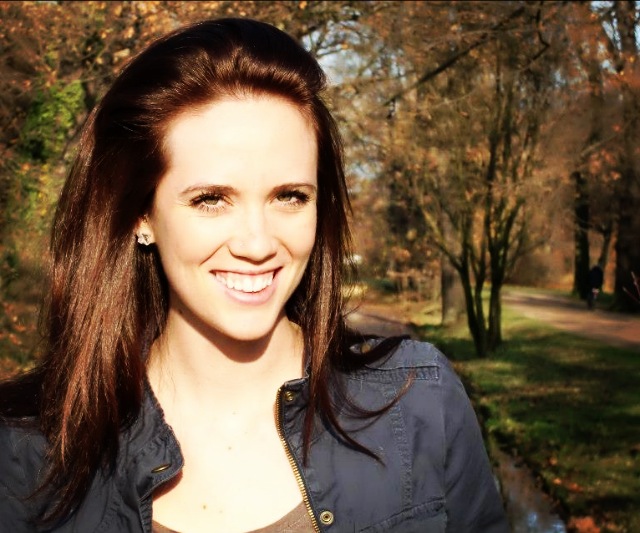 She has a ready smile. The long limbs, flexible body, enthusiasm, and willingness to learn of apprentice Madeline DeVries (or Maddie as she’s usually known) make her a real Whim W’Him asset. 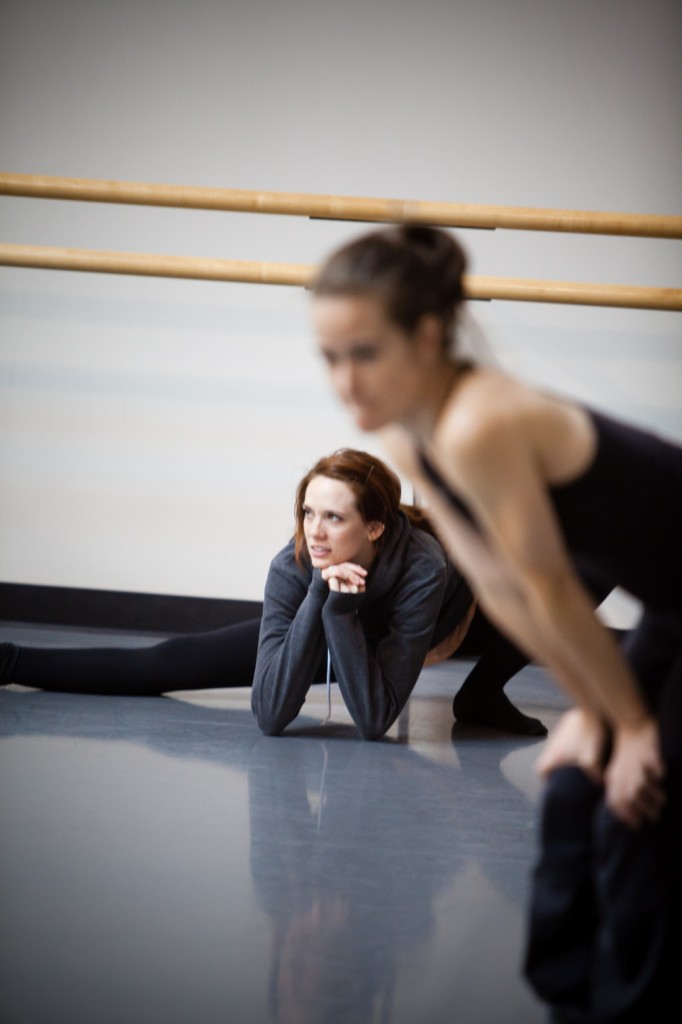 Maddie grew up in Southern California, where she took dance for 13 years at a small studio, completing all three levels of Royal Academy of Dance training and taking all the exams. When she was 16, her family moved to Seattle. She didn’t know where she was going to dance. But she auditioned for the Pacific Northwest Ballet School, everything went well, and she was admitted to the program. That year, in Level 8, she decided she was serious about dance. 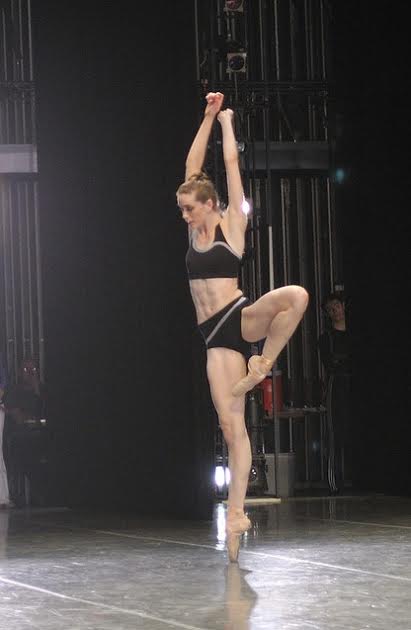 Ballet was exciting and exhilarating. The next year, she was offered a spot in the Professional Division. Each weekday she would start out very early at Newport (Bellevue) HS, then drive over to PNB in Seattle. When she graduated from high school, she had to decide between college and continuing in the PD. Ballet won out. Maddie moved downtown to lower Queen Anne in Seattle, performing with PNB in the Nutcracker and a variety of other works. In the meantime she participated in many auditions, but “I still had work to do.” 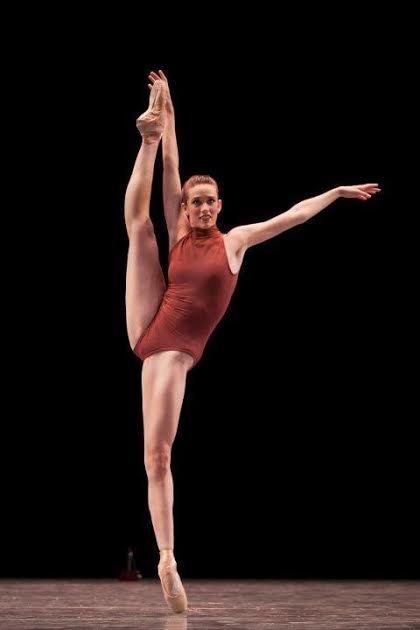 Having often been sidelined by injuries in her first PD year, Maddie stayed on an extra third year at PNB, where she made up for lost time and “became more of an artist.”
After that, she auditioned and got a position at the Semperoper Ballet in Dresden, Germany for this last year, 2012-13. At first it was a bit intimidating. She knew no one and little German, and had to pass an exam there, but as time went on she met many people, saw a lot of places, and found she loved traveling. It was a thrilling life. 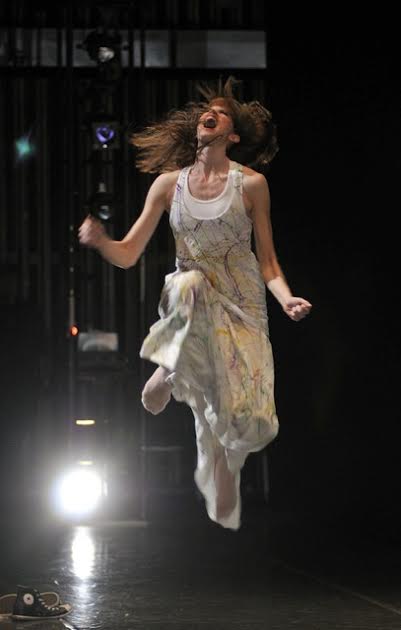 Dresden opened up Maddie’s mind to more contemporary dance. Attending the Palucca Hochschule für Tanz there, she learned new techniqes. In the classes, mostly modern and improv, she found she wanted to “move bigger.” Maddie is quite tall. Sometimes, as she says, “this is a huge disadvantage, especially in a classical company. It changes your mind and builds confidence to see height as an asset, especially in contemporary dance.” In Dresden she was an apprentice with the opera, one of twelve. “There were lots of tall dancers, beautiful dancers I looked up to.” 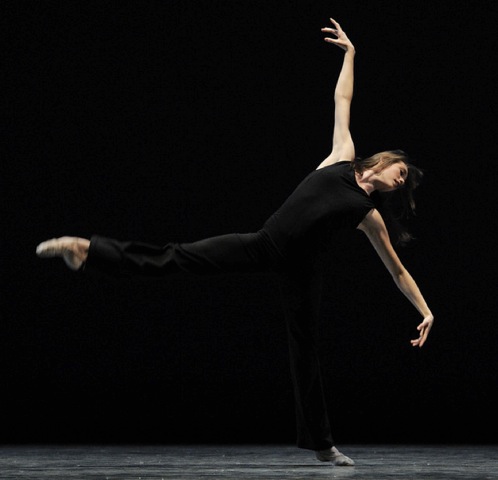 Not getting a contract for this current year from Dresden, she did lots of auditions in Europe. “Audition season sucks,” says Maddie. “You’ve just got to go for it. Be seen. Have confidence.” Then she adds, “I was standing in back at the European auditions, but smiling!—so amazed at the quality of dancers, so fluid moving through space.” 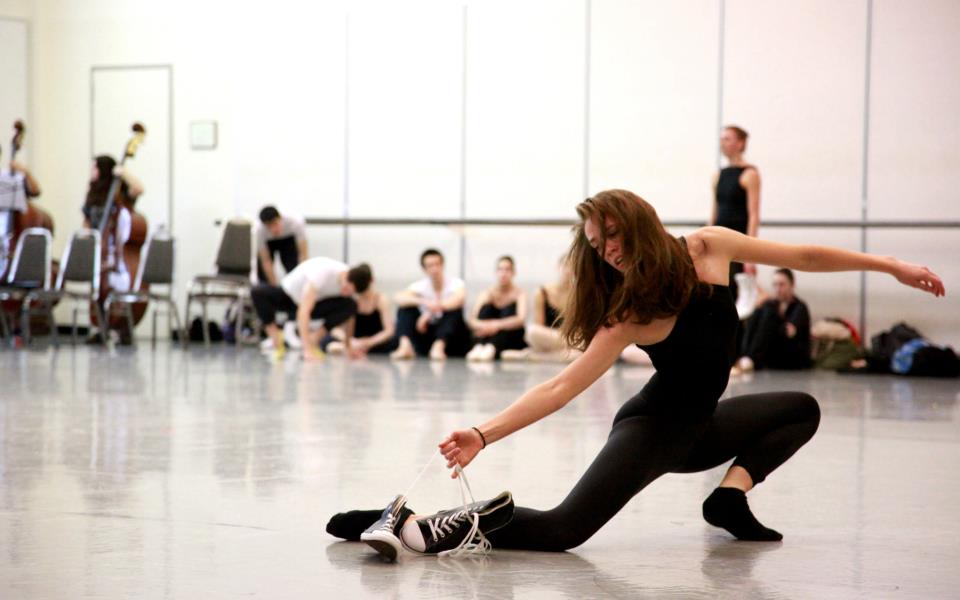 As none of the European auditions panned out, Maddie returned to Washington, noting a little ruefully that at 21, “Here I am back living with my parents.” But she was eager to dive into the Seattle dance scene. And whether she talks about successes or setbacks, you can feel in Maddie that intense intention characteristic of dancers who thrive on their art.

In September, Maddie attended the Seattle Whim W’Him audition. “It was so fun! More like a workshop. I ate up all the parts. I was exhausted, but I loved it. The movement felt so good on my body. Such a good atmosphere.” It was just at this point that Maddie got an email from Whim W’Him artistic director Olivier Wevers asking her to join the company as an apprentice. She was still a little “green” but she held promise and would benefit from being in the studio with them. For Maddie, it was great, “a surprise and exactly what I’d been wanting.” Last month I asked her, at the end of the first week’s Whim W’Him rehearsals for January 2014, if she found it boring or difficult to concentrate, spending so much time watching or moving on the edge. 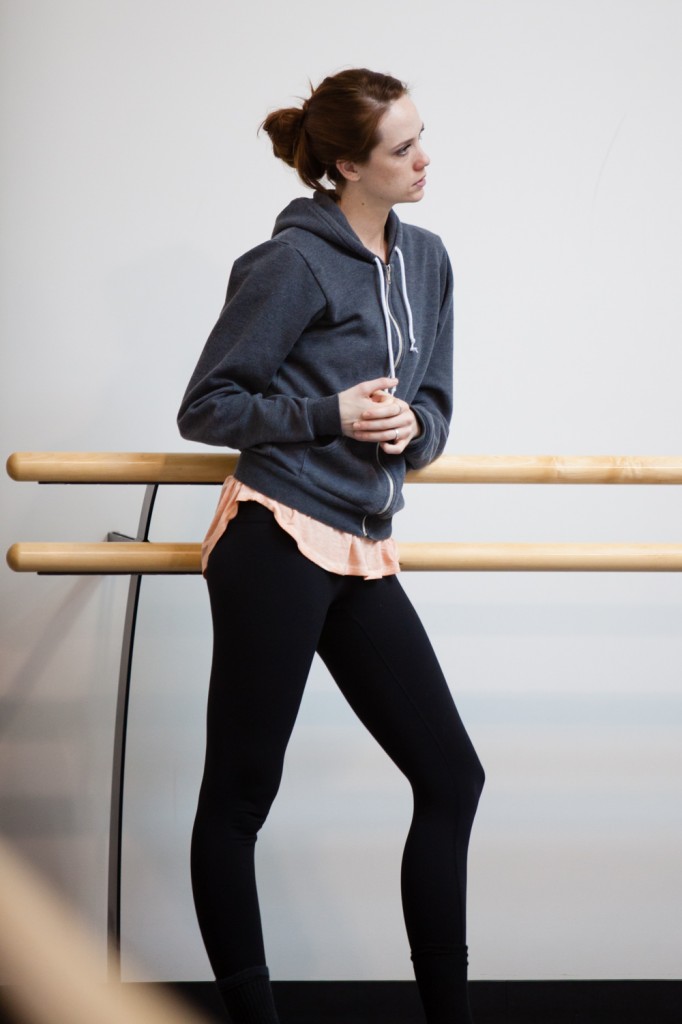 It could be little hard she acknowledged, but then she laughed, and it was obvious that her ardor was undimmed. I watched Maddie again this week in the studio at a rehearsal for Olivier’s new take on Les Sylphides—standing in for Tory Peil who was momentarily out sick. Maddie was thoroughly engrossed, moving her long limbs with greater confidence, using her expressive face to great effect, getting into the spirit of things, always learning. 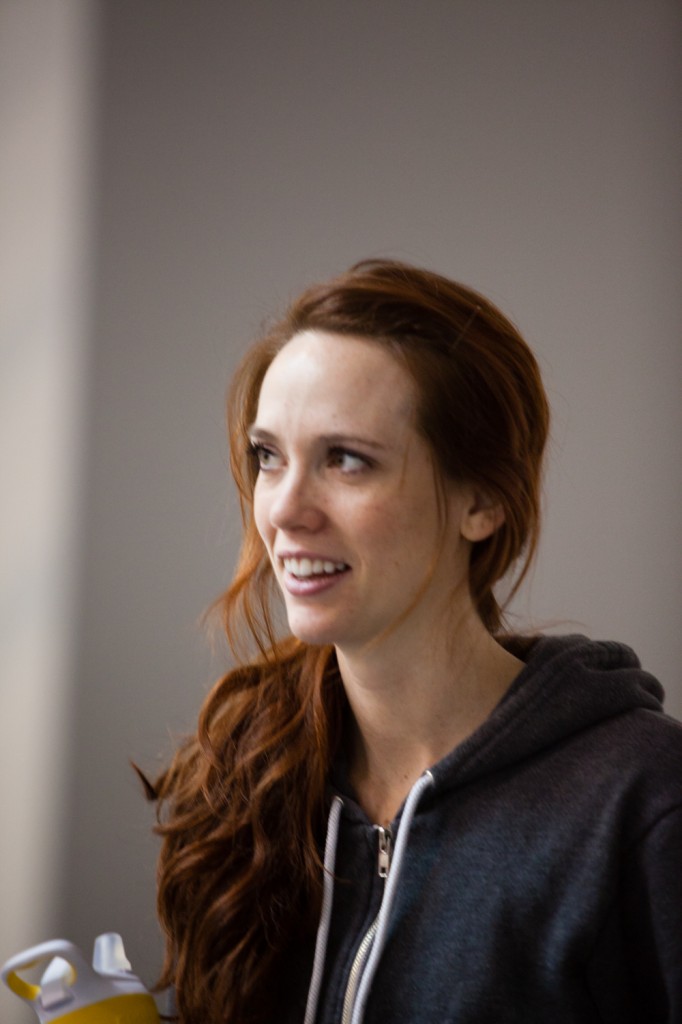