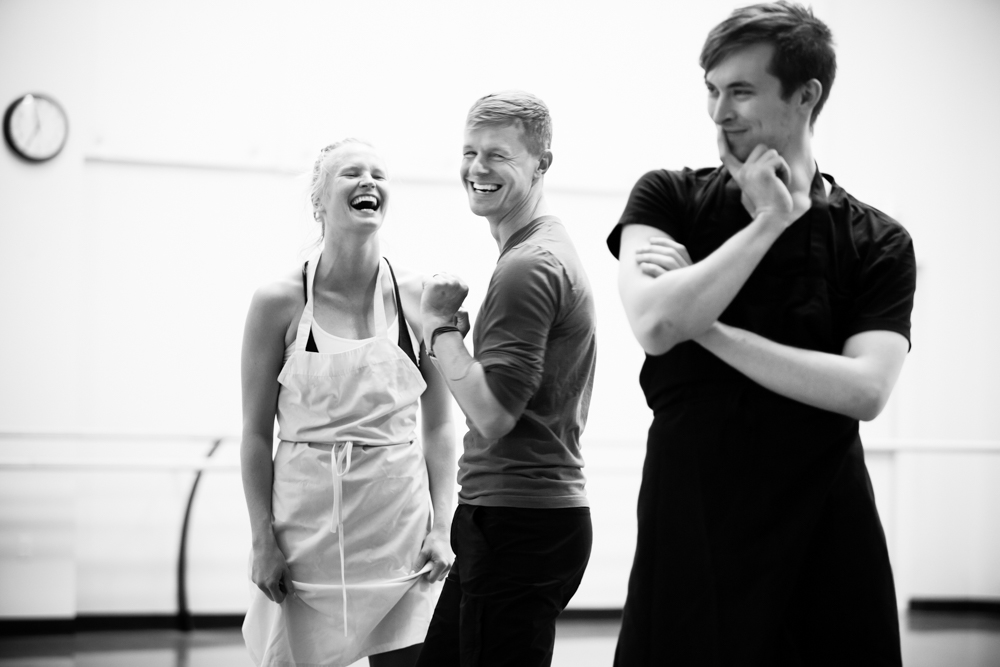 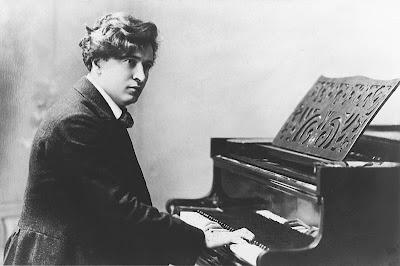 Writes Steve Schwartz on the classical.net site, Martinů (1890-1959) “was born in a small Czech village. He studied briefly at the Prague Conservatory before he flunked out. No one ever called him a great student. He managed to become not only the greatest Czech composer of his generation, but a major international figure, known especially for his concerti and chamber music.” In 1923, he managed, according to Tim Greiving (writing for the website of the LA Philharmonic), to get “a travel scholarship from Prague’s Ministry of Education. The scholarship supported a three-month stint in the city – Martinů stayed for 18 years.” He only left Paris when the Germans invaded, fleeing because of his connections to the Czech Resistance. 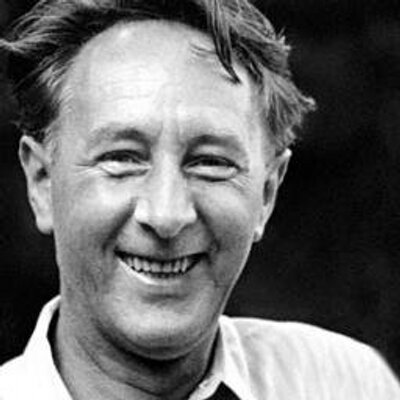 But back in 1927 in Paris, under the stimulating influence of new music forms, jazz in particular, Martinů composed La Revue de Cuisine (called Kuchyňská revue in Czech). It was first danced in Prague by the ballet group of Jarmila Kröschlová that same year and had a great success. Though the original choreography appears to have been lost and the full score was only rediscovered in 1994, “It was Martinů’s first hit,” notes Greiving, “and one of his personal favorites – and it spawned a concert suite adaptation that premiered in Paris in 1930” and has often been played since. The music “drips with wit and absurdist humor. [It] has a light, self-aware quality, and the jazz elements fit the story’s tone like an oven mitt.” 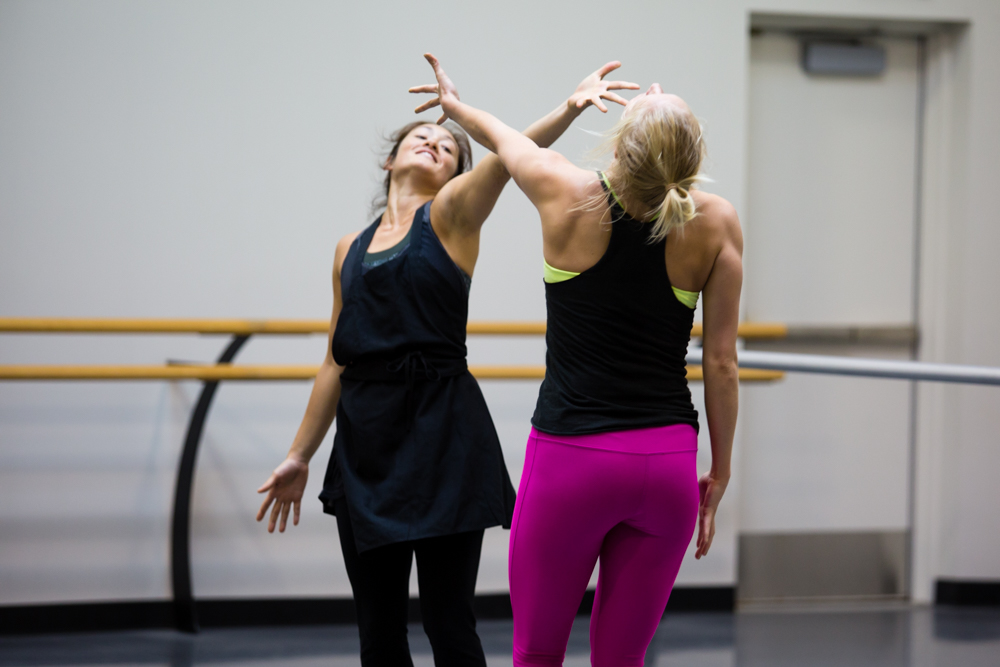 The plot of the ballet “refers to the messy, Shakespearian love triangle between newlyweds Pot and Lid and the libertine tempter, Twirling Stick, bent on breaking up their marriage. Though Twirling Stick does seduce Pot into an adulterous kiss, Pot begins to long for her husband – who himself receives advances from the naturally coquettish Dishcloth. With a kick of almost divine intervention from a giant boot offstage, Pot is back in Lid’s loving arms (or handles, perhaps) at ballet’s end.” 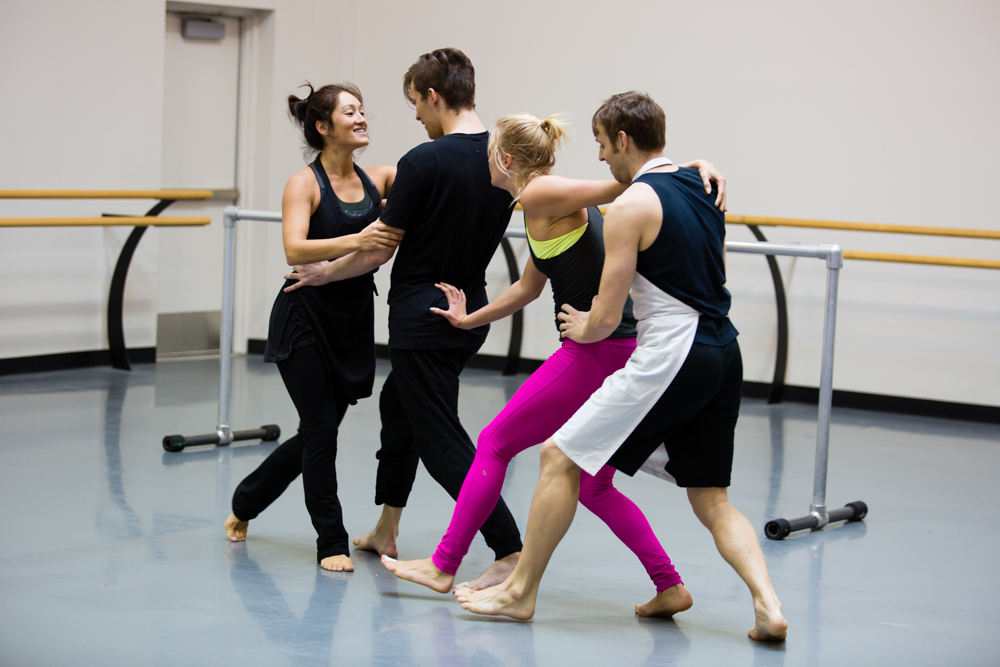 It is, as Olivier remarks, a supremely “silly story that doesn’t make much sense. So my second rule is: Let’s try to find a story that does make sense to us”—he pauses and adds with a grin—”even if it doesn’t ever completely.” To get across the idea of intrigue among the kitchen implements, he’s using the jangly, jazzy, jaunty, jagged score to tell the tale, “not literally but as inspiration and having fun with it.” “Edgy” is a quite literally apt description of the music—at times it almost sets the teeth on edge. 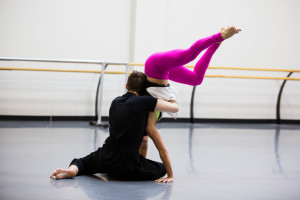 The 4 characters are danced by Kyle Matthew Johnson (Pot), Mia Monteabaro (Lid), Tory Peil (Twirling Stick), and Thomas Phelan (Dishcloth). “Twirling Stick” is an odd word, not one normally used in cuisine. A translation from the French moulinet of the original score, it refers to a sort of reel or bobbin on which thread or wire is wound. (Here, in the kitchen context it must mean something akin to a “whisk.”) The associated verb, mouliner, has connotations of flailing arms or the kind of cane-twirling seen in revues of the era. Moulinet is also, I find, “a whirling cut” in fencing, “executed from wrist or elbow.” All these associations or subtexts have their place in Olivier’s version of the piece that premieres on Sunday. The 5th character, Broom, is represented by 4 actual brooms, brought into play in a mock duel, as Cabaret-style canes, and other bits of whimsy. 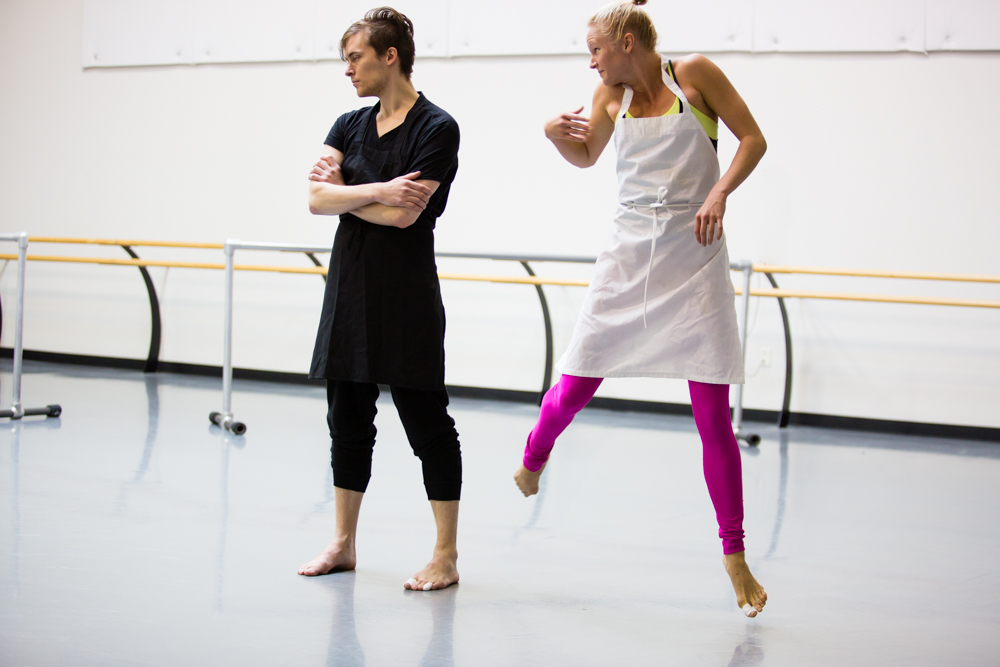 When he got the commission from Mina Miller of MOR, read the story, heard the music, and learned about the rest of music to be performed, Olivier says he knew that as part of a program mostly heavy and serious he had to make something light. In this spirit, he has tried to find lots of contrast of movement and mood, creating moments both funny and touching. Gender roles are juggled. All the kitchen implements will be wearing aprons and cooking in their spare time. Except the brooms, who will be played by… brooms. 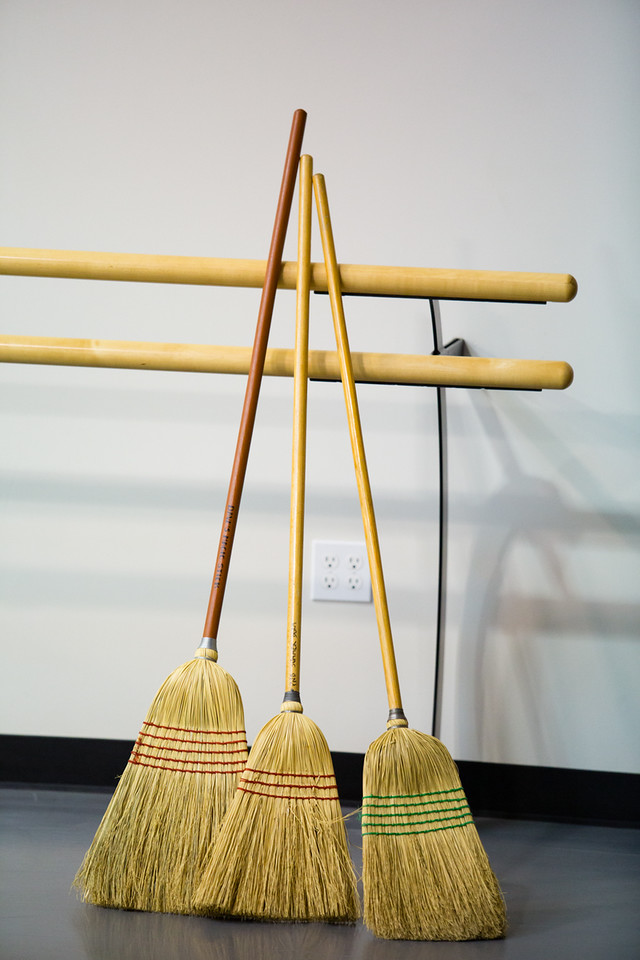 The crisp,witty, brittle quality of the score, with its tango and Charleston sections—these dances were the rage in Paris during the late ’20s—lends itself to “playing with the playfulness of the music,” as Olivier puts it. The result is inventive, naughty, dramatic and by turns poignant and absurd. 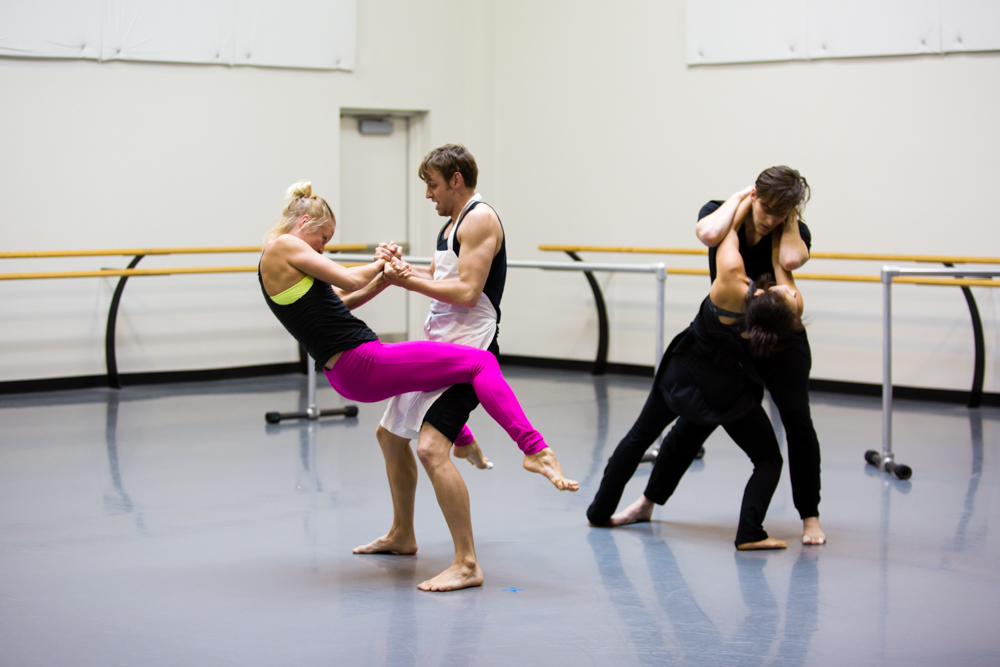 And, because the budget didn’t call for the kind of vinyl marley floor that is needed for dancing in socks, he is choreographing for bare feet, not his usual medium. It’s hard work for the dancers too, especially Kyle who is at the center for the full 20+ minutes. 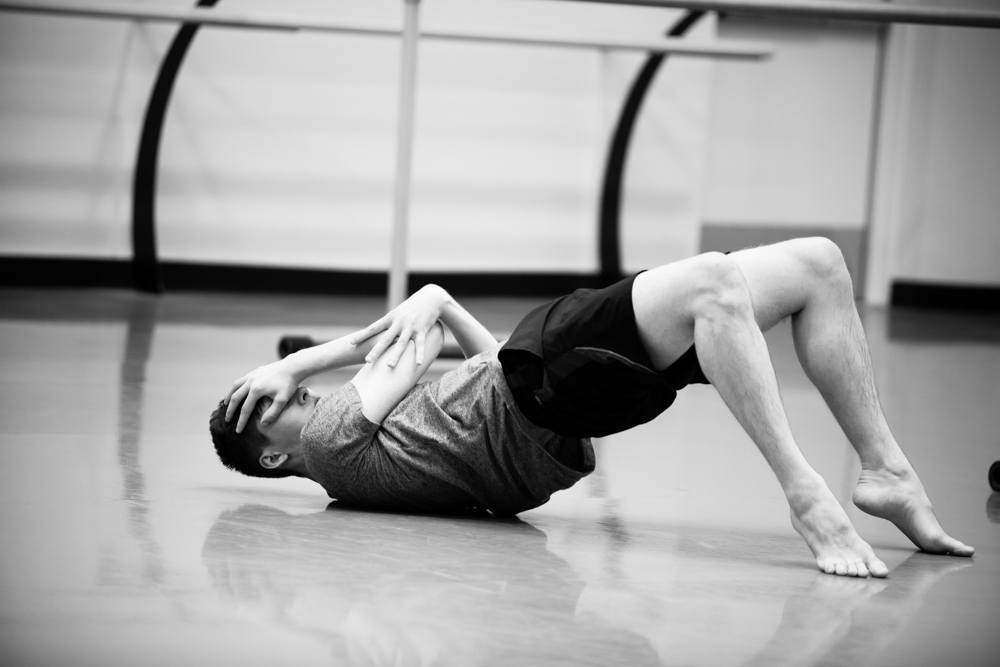 A major challenge, but one that adds considerable excitement, will be the sextet of B flat clarinet, bassoon, trumpet, cello, violin and piano playing onstage. The dancers will listen in on a musical rehearsal Friday, have 2 hours with the musicians Saturday, and another hour Sunday, not long before the performance. Since the music tempi are tricky—for example, the finale switches erratically between 2/4, 3/8 and 4/8 in typical Jazz Age syncopations—Olivier hasn’t been teaching the dancers counts, but having them listen for cues in the music. Once musicians and dancers combine, “There will need to be flexibility on both their parts,” says Olivier. “They will respond to each other,” and thus generate the electric atmosphere of live performance. 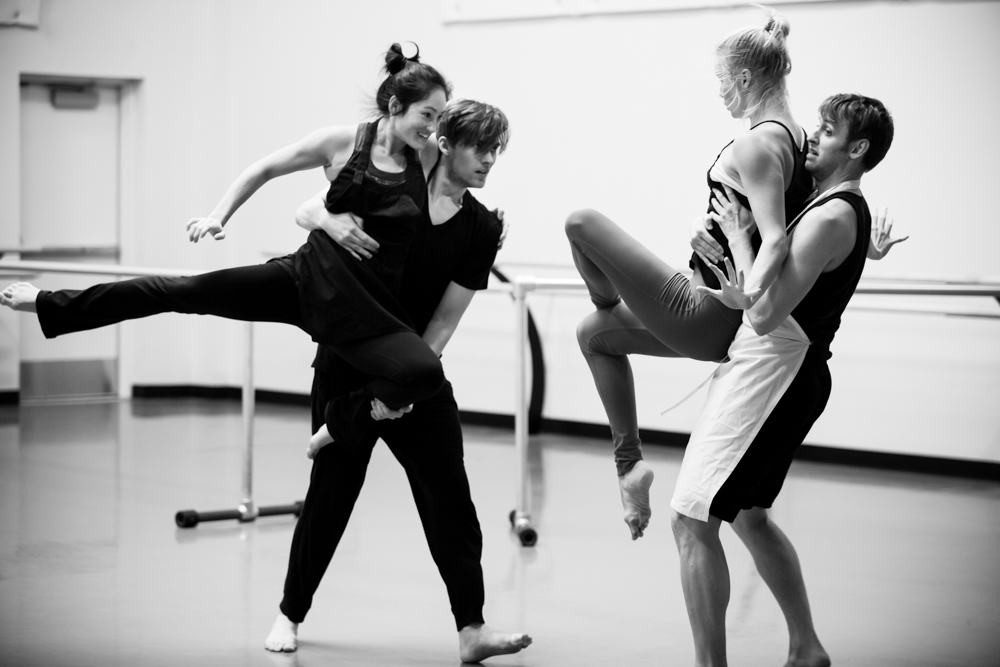