An empty studio in which she can dance, write, think, nap, play music is Kate Wallich’s cave, womb, gestation space, lab, home. It’s where the ideas well up that inform her choreography. 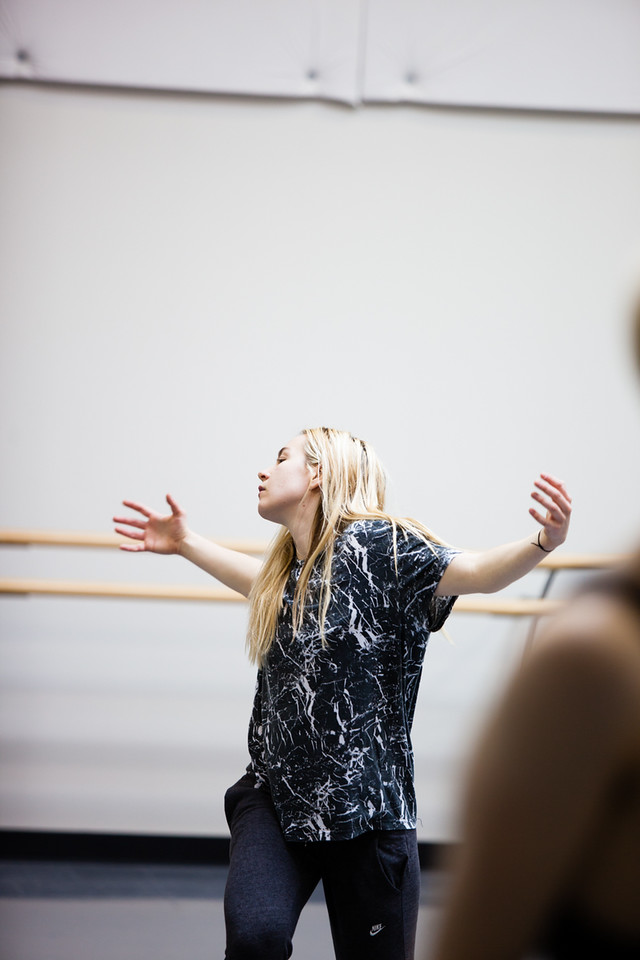 Kate, one of the three choreographers creating new works for the Whim W’Him: X-POSED program (May 29-31), grew up in Tecumseh, MI. When she was 3, her parents started her in a dance class. Her first big step toward a professional dance career was enrolling as a boarding student at the Interlochen Center for the Arts four hours from home, where she finished her high school years. Next came Seattle and the Cornish College of the Arts, from which she graduated Magna Cum Laude from with a Bachelors of Fine Arts in Dance. After working with local choreographers Zoe Scofield and KT Neihoff, Kate established her current company, The YC. Founded with Lavinia Vago in 2010, it is a highly collaborative, project-based group, for which Kate has created two evening-length works: Super Eagle commissioned through Velocity Dance Center’s Made In Seattle program and Splurge Land commissioned through On the Board’s Performance Production Program. 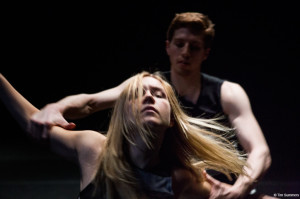 Choreography has been an essential part of Kate for much of her life, dating back to her Interlochen days, where she began to develop unique dance-making approach. Elaborating a senior project, later earning studio time in a work-study program, Kate came to relish and rely on hours spent alone in a studio. At first, as she says, “the habit in my body was ballet.” But in the studio on her own, “I made different discoveries, how I move as a person.” It’s still her favorite way and place of working. 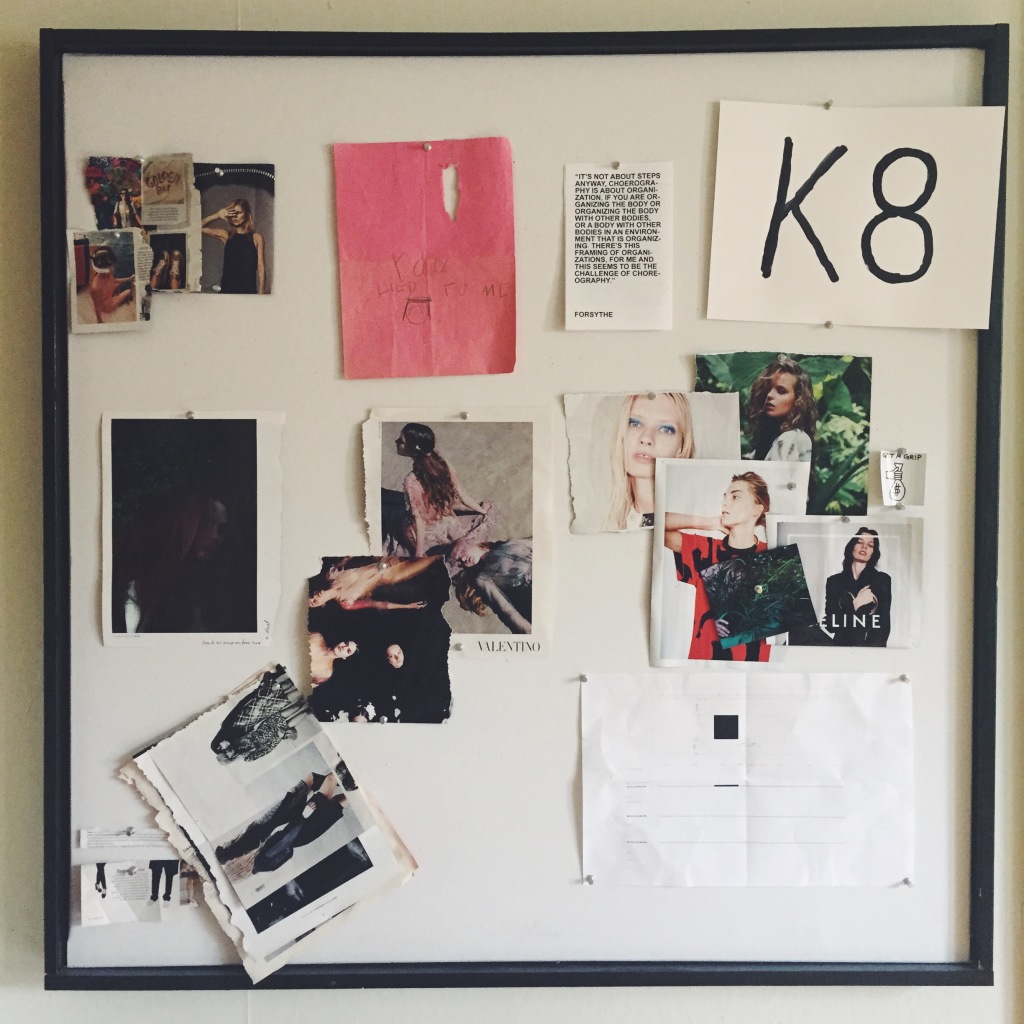 Another element of Kate’s creative process, however, involves a framed blank canvas on a wall at home. An inveterate internet surfer and searcher, she also puts up fashion photos from magazines—for an interesting intention in the face of a model, say—swatches of color, imagery, design ideas. “It’s very visual at first,” she says, a rich stew of ideas roiling up from her unconscious, from which a new piece is born. 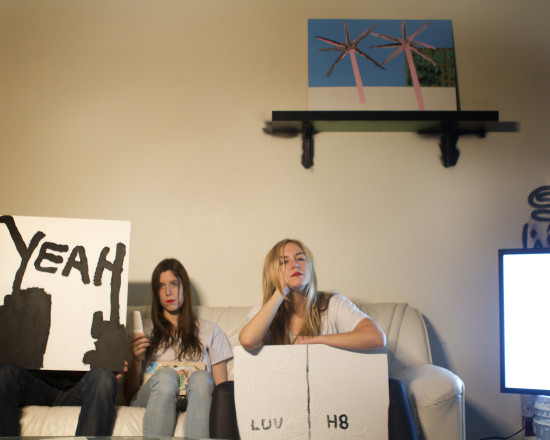 In her process everything is grist to her mill. It’s all serendipity, connections, coincidences. “I feel there needs to be plant life,” she might say… 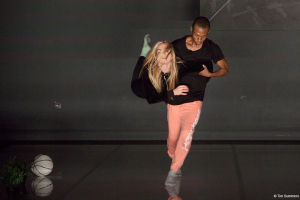 How the name for her own company, The YC, came about is a good illustration of the way Kate operates. In 2012 Northwest Dance Project had commissioned a piece which she was calling Yacht Club. She was in Key West at the time with her family, and the setting gave rise to ideas for the piece. Its working name quickly got shortened to YC and this new work seemed to encapsulate her way of thinking and working. “That’s so YC,” she and her collaborators would remark. The notion encompassed tongue in cheek humor and sadness. “That piece was very me,” she says. It used imagery from her blog and life, surprising choices, a weird song, a coda by Jack White. “It was a piece I had been wanting to and ready to make.” 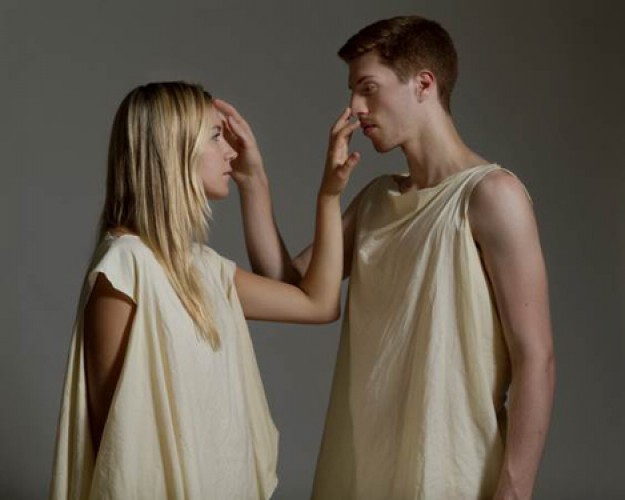 The dance world in Seattle and environs is relatively small, and it’s inevitable that Whim W’Him artistic director Olivier Wevers and Kate would eventually know each other’s work. In fact, Kate met Olivier at Cornish when he set a piece on students there. “It was awesome,” she says. “None of us were ballet dancers,” but he found ways to use and learn from the forms of movement they had been trained in. Beyond that link, there was another between Kate and Whim W’Him in the form of Andrew Bartee, one of Whim W’Him’s prized early dancers and a choreographer himself. Long-time Whimmer Jim Kent, introduced Kate to Andrew, then at Pacific Northwest Ballet. Andrew asked Kate, “Can I take you out to lunch?” She accepted, and it was the start of an ongoing series of conversations, about work and art and their very different dance and choreographing worlds. Although they meet in person rather less often, now that Andrew is up at Ballet British Columbia, they both continue to find the connection inspiring. “Andrew,” says Kate, “has a life contract with The YC.”

From “sensation and texture and my life at the time,” Kate’s pieces are generated. “I enter the studio knowing the texture, feeling what I want the piece to be. I definitely have an environmental idea but the movement generation happens in the studio. I make decisions on the fly, then bring meaning to it. That’s part of the excitement of choreography, how to make everything fit—but not be precious.”

On the single day I was able to observe Kate in the studio, just before leaving for three weeks in Australia, she began her new piece indirectly via a long and intricate warmup in which she and Whim W’Him dancer became intimately acquainted with each other’s ways of moving. Fully participated in by Kate, the warmup moved and stretched out every part of the dancers’ bodies and engaged their minds even before the start of the first rehearsal.

During the rehearsal period itself, Kate talked a little about some of what is likely to figure in the new piece and showed them a photo of a costume idea (“1920s schoolgirl meets Goth”). The bulk of the day’s work would be with individuals using various kinds of music and movements they had learned together, but Kate initiated it by demonstrating to the whole group in a curious manner—with the dancers ranged across the studio facing away from her and from the mirror.

Her new work is in progress, a constellation of ideas whose time is still coming. Kate habitually develops her pieces in concert with a sound designer or composer, Aaron Otheim for the current creation. “He is more a a classical composer,” says Kate, “though he uses some synthesizer. I tend to make pieces with eerie undertones. He has that. It’s dark and industrial-like, but with some joy inside. Bittersweet.” 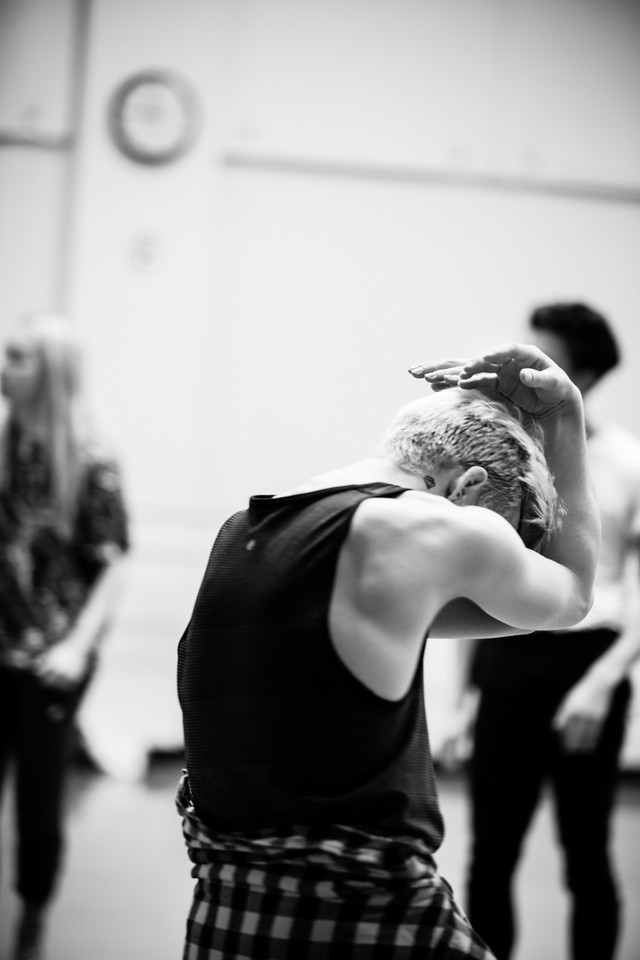 I am very curious to get back to the studio and see for myself how it all has developed.