“From the beginning movement was an essential language,” says GENEVA JENKINS, who will be joining Whim W’Him this fall when January program rehearsals start. “I’m not sure it was a decision.” Though she’s followed what seems like quite a different path, with parents both in the medical field, she says “the curiosity of a scientist has always driven me in dance. I’ve constantly asked myself: What else is possible?” 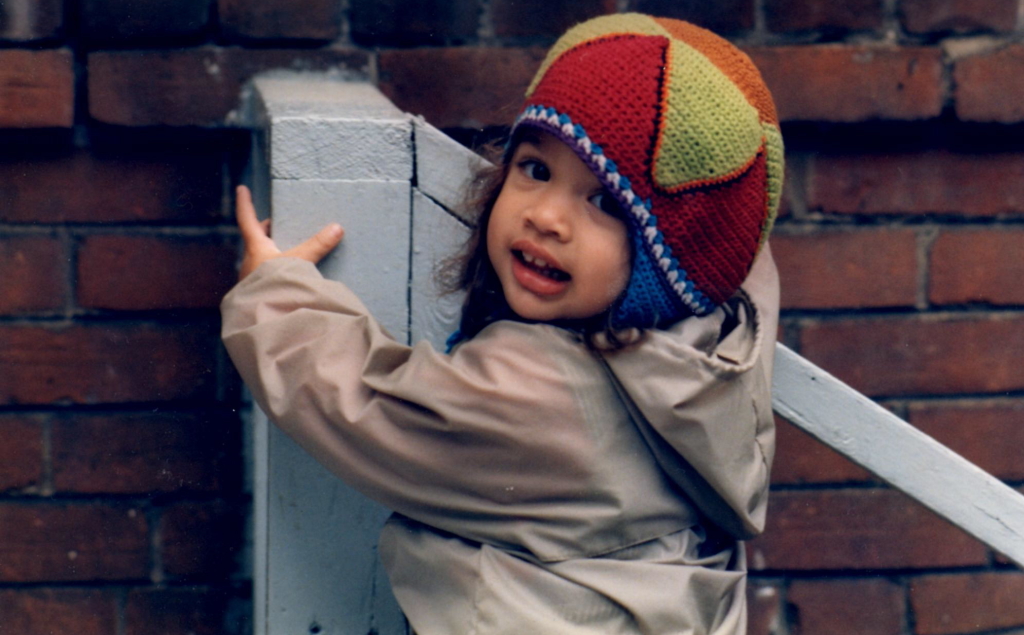 As a young child she took ballet, then tap and jazz in a small local school on Vancouver Island, B.C. After experiencing the Alvin Ailey American Dance Theater in a performance in Vancouver, Geneva applied for the Ailey summer program. “It was a huge deal the idea of going to New York.” 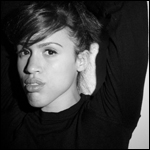 Geneva was admitted to the Ailey program and, with her mom, came to NYC to settle in. To a preteen girl who grew up in nature “on a dirt road way out in the woods with crickets,” Manhattan was was gritty, ruthless and full of personality. “I just remember constant noise outside my window at all hours—day or night. I had never experienced that before.” 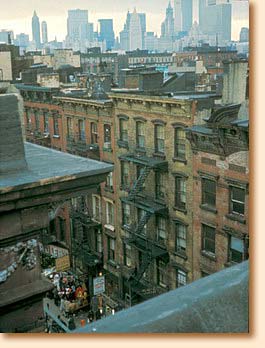 At Ailey, she was fascinated by the diversity of the people and dance styles and was enlivened to be in this environment where dance could be explored for hours at a time. At home, dance had always been “a social experience.” Entering the studios at Ailey, she felt this in a new way. She recalls hearing drumming coming from the modern classes as the musicians fed off the energy of the dancers, and people cheered along from the hallway. “This magical essence of dance, its ability to connect people on a base level, is what moved me even from that age.” 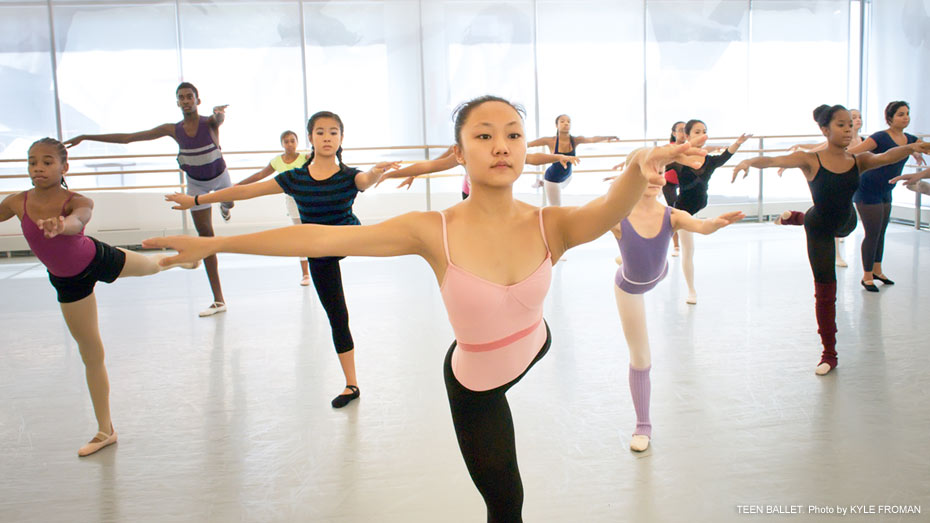 In subsequent summers Geneva studied at Lines Ballet in San Francisco, along with taking workshops in Canada with Margie Gillis and Les Ballets Jazz de Montreal.
She also returned to New York, studying at Ailey, and the Julliard School. “During this time I was exposed to so many different choreographers and artists, ways to create and to move.  New Yorkers were so expressive. They wore what they wanted, and said what they wanted.” She saw Broadway musicals, took in the city’s fashion and history. “Those summers really showed me that I wanted this city to be my home.”

After high school Geneva moved to New York, attending the Ailey School. While simultaneously getting a Bachelor of Arts in Economics from Fordham University, she began her professional career in dance. “During this period I really got clear about how dance was essential in my life.” Even after taking breaks, “I always came back to it. There was more to understand.” 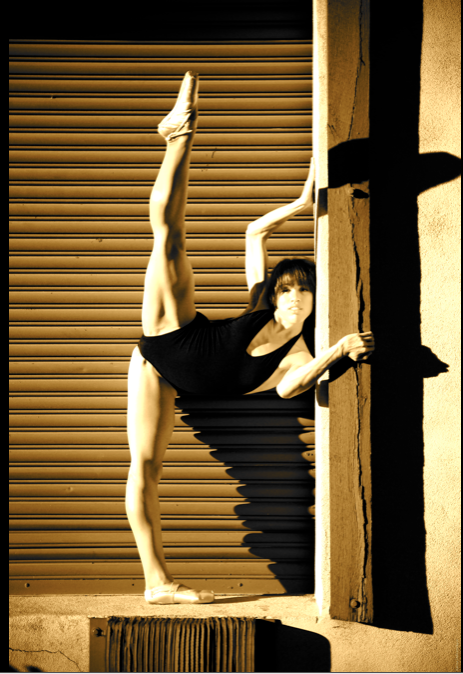 In 2004, Geneva began work with nathantrice/RITUALS Dance Theater, as performer and later rehearsal director. From 2007- 2008, she toured Italy as a cast member of Daniel Ezralow’s show WHY BE EXTRAORDINARY WHEN YOU CAN BE YOURSELF? Ezralow had Geneva open the show with a solo improvisation, and, she reports, “I began to have a deeper understanding of my relationship to the audience and to experiment further with my own movement choices.”

Then Donald Byrd offered her a contract with Seattle’s Spectrum Dance Theater.
“I had long been drawn to work with Donald,” says Geneva. Working at Spectrum 2008-10, she enjoyed the challenges of the work. “I have always been into mathematics like that. I revel in problem solving.” She enjoyed deconstruction of movement and watching co-workers. “Within that company, working together was absolutely imperative to achieve what we were working towards, and the intensity created a group of individuals you could really count on no matter what.” 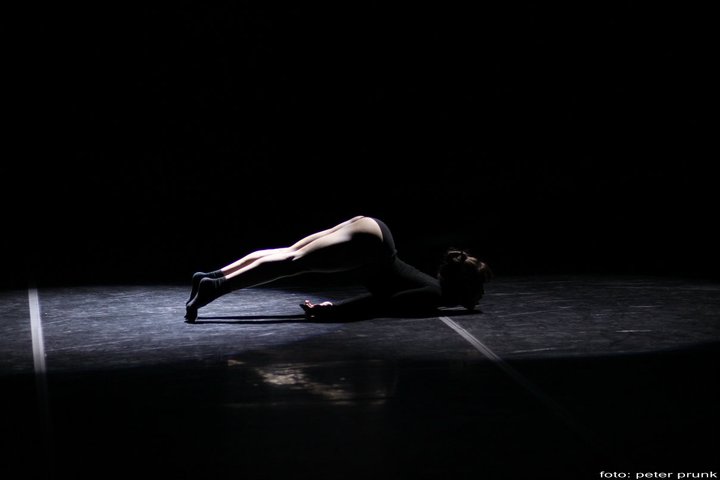 Since returning to New York City three years ago, Geneva has collaborated with, and served as rehearsal director for former Forsythe dancer Francesca Harper. She also performed as a guest artist in Europe in 2011 and in the Caribbean in 2011 and 2012; taught Forsythe-based improvisation for the Alvin Ailey Bachelor of Fine Arts Program, Joffrey Ballet School and Peridance Certificate Program; and instructed dancers, musical theater students & actors at New York University and the Susan Batson Studio.

Her recent teaching and coaching experience has been revelatory. “My work with actors has made me more sensitive to or aware of how guarded dancers can often be,” she remarks. “Actors are so open compared to dancers.”

Teaching has taught Geneva to recognize “how hard it is for dancers—with their excellent training and a tendency to go on auto-pilot from all the drilling & repetition—to explore their own creativity.” She adds, “Dancers can’t help but be beautiful,” which can sometimes impede their exploration and growth of their own creativity. “As a dancer, you learn how to behave a certain way. There’s a code.”

Nowadays, when Geneva teaches improv to freshmen, she recognizes her own student self in them. “This was me!” she remarks, “always wanting to impress. And I have to let them go through it. I can’t tell them to stop being perfect. I love seeing students come out of what they’re used to. No rules.”

She says, “I want to ask right off the bat, ‘Why are you doing that? what do you want to say? Explore yourself at that depth each day. You can only contribute if you investigate fully who you are, your own movement quality.'” 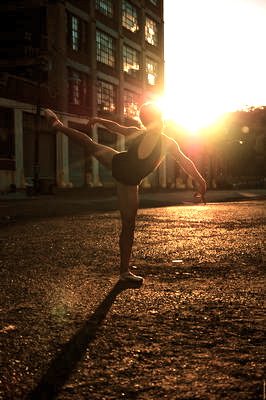 As well as returning to the Northwest this fall to join Whim W’Him, Geneva is continuing her investigations via her own choreography—in collaboration with a Berlin/Chicago- based composer, a New York-based painter, and a Canadian photographer/film director. Who knows? Perhaps we will see more in Seattle of Geneva Jenkins in the guise of dance creator as well.