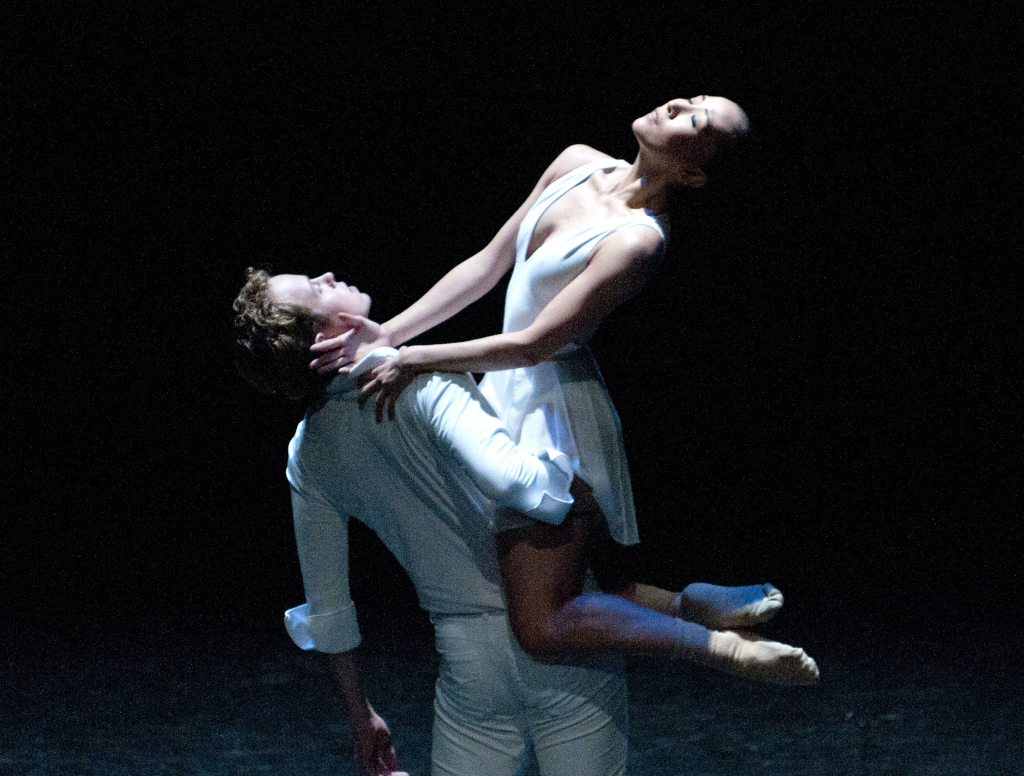 When Grand Rapids Ballet director Patricia Barker asked choreographer and Whim W’Him‘s artistic director Olivier Wevers to mount a new Midsummer Night’s Dream for her company, it was a dream come true for Olivier. For a long time Shakespeare’s play has intrigued him. Some years ago he did a one-act, 50 minute version in Japan.
This GRB Midsummer is a new incarnation of his dream to set the play to dance.*

Many things have continued to draw Olivier to this tale.
The complicated plot was, and is, a challenge—to make all that story-telling clear.
He loves to play with colors and contrasts too. In his Midsummer only white will be used for the fairies, while it will be the mortals who go about in colors.

At the core of the tale is Love, in its many guises. With his ballet, Olivier responds to the story’s commentary on societal values and priorities that make love trivial, without shading, in our world. The mortal couples chase each other about the stage, falling in and out of love at the drop of some magical nectar. But for Olivier, the fairies, not mortals, are the true protagonists of Shakespeare’s play. The tangled, teasing, confrontational relationship of the fairy king and queen, Oberon & Titania, (danced by Nicholas Shultz & Yuka Oba) expresses real love’s complexity. 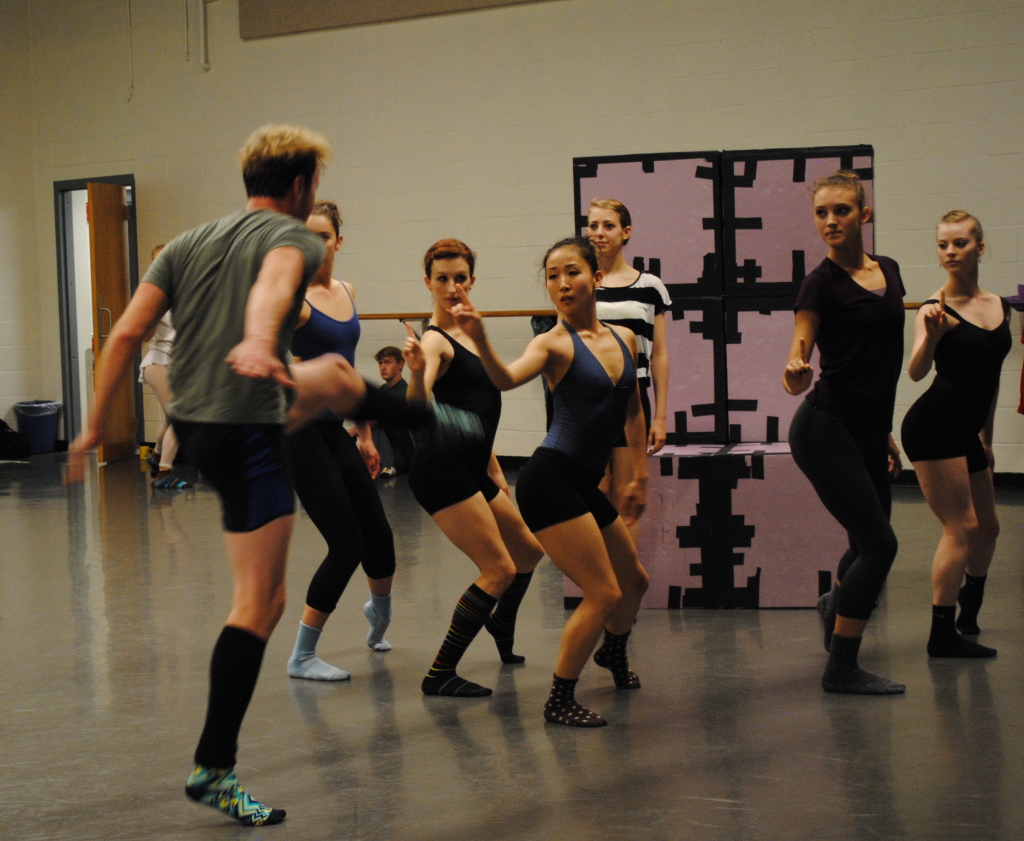 Olivier has set himself another challenge as well: to recast universal truths about life, which Shakespeare caught so quintessentially, in terms that will resonate with our own time. In the play, the little boy over whom the royal fairy couple quarrel over is a changeling with no lines. Inspired by the idea of a dream, Olivier gives the child a name and turns the ballet into his dream. Young Nick becomes Nick Bottom, dreaming himself grown up. Midsummer assumes a more modern dimension with Freudian overtones too, as Nick’s mother is cast in the role of the fairy Titania. And in a light-hearted political twist, the ‘Rude Mechanicals’ subplot mirrors our divided, inefficient political system— though still, rather touchingly, Nick wants to grow up to be president. 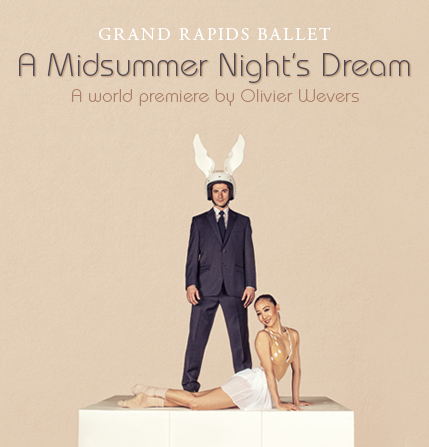 Across the arc of the ballet, Nick’s character develops. His experiences—being bullied, reading books, seeking love—stimulate his imagination and come to life in a dream.
“The boy who has been chosen to play the part of young Nick,” says Olivier, “is great, doing really well. He’s focused and smart and connected with the story, loves to read.”
At dinner after rehearsal, his mom said he was so excited. Like the boy in the ballet, when it’s time for him to go to bed, he pleads, ‘Just one more chapter.’”

For Olivier, who sees himself in this young person just learning about life, it is exciting and inspiring to watch this ballet that “I’ve had in my imagination, for so long—seeing it unroll.” However different his telling of the story, Olivier’s ballet conjures the captivating magic of love at the heart of Midsummer. 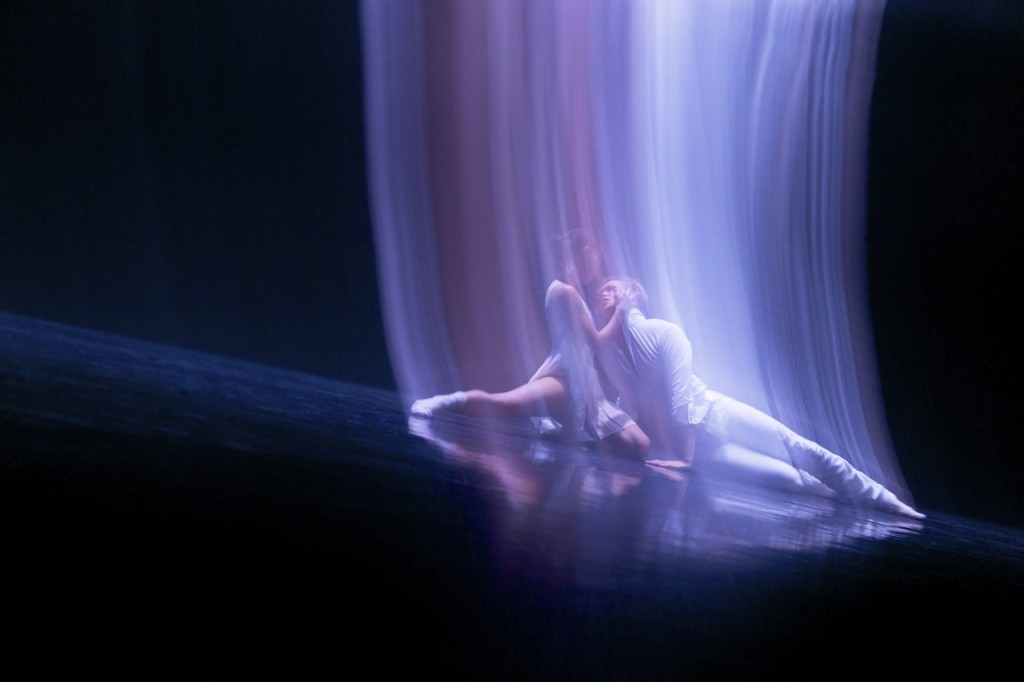 *For information on performances in Grand Rapids, go to: Midsummer