And now for something completely different! 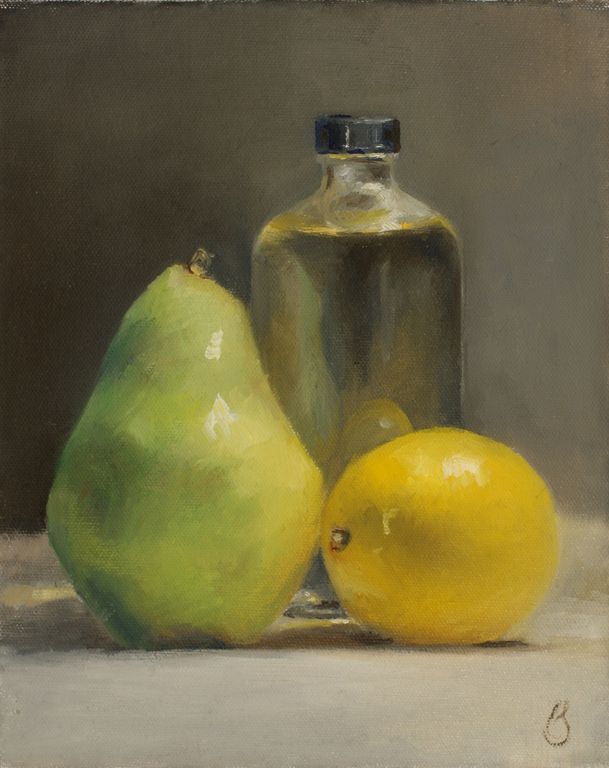 On the surface, it would be hard to find paintings less alike than those of Erin Schulz and of Tom Barnes, whom I profiled last time. Both painters are generously contributing works to the Out On A Whim #4 auction.* But whereas Tom’s are bright, brash pen and watercolor sketches, dashed off and intentionally left fragmentary-looking, Erin’s are carefully drafted, meticulously finished oil paintings—still-lifes, portraits, landscapes— built up over time in subtle, often-muted colors. And yet, the two artists possess in common a passion for their work. Likewise, both have developed ways of putting their art at the very center of their lives. 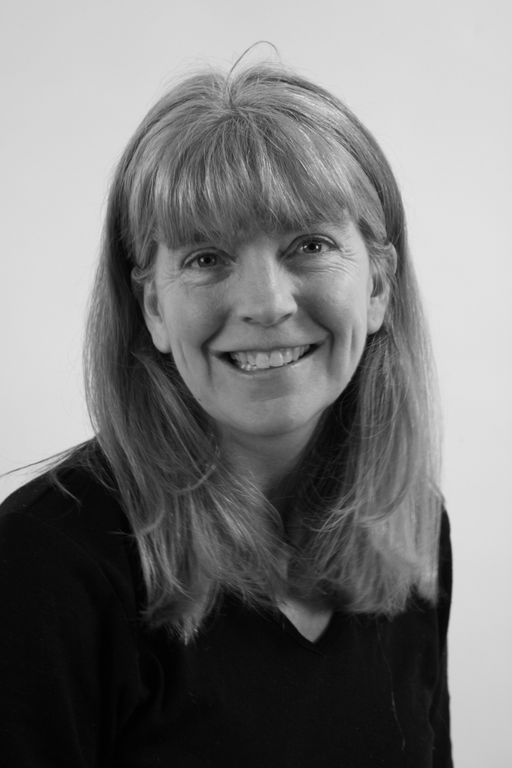 Since she was a kid, Erin has had an aptitude and love of drawing. but she grew up with a scientific-academic bent and figured she needed to have a real way to earn a living.
After graduating from college, she went to China for a year to teach English. She also took some drawing classes, and the experience was revelatory. In a life drawing class in classical art, she noticed that the composition, scale and perspective of the other students’ drawings all looked very similar, almost as if drawn by the same hand. Her drawing, by contrast, was 3 or 4 times bigger on the paper. It had bolder lines and a different treatment of space. She was experimenting. They did not. The same was true in the literature classes she taught. Being asked “what’s your opinion?” was totally new to the students. Having a discussion was something they’d never experienced before in class. Originality was not prized. It was not even something they didn’t approve. They just hadn’t ever come across the idea, and she realized how individualism is a relatively new and not universal concept. “In China,” however, Erin says, “I had the luxury of spare time and extra space to paint. With a little bit of instruction, I enjoyed skill improvements that were addictive and looked forward to being able to afford the means, time and space to continue painting in the US.” 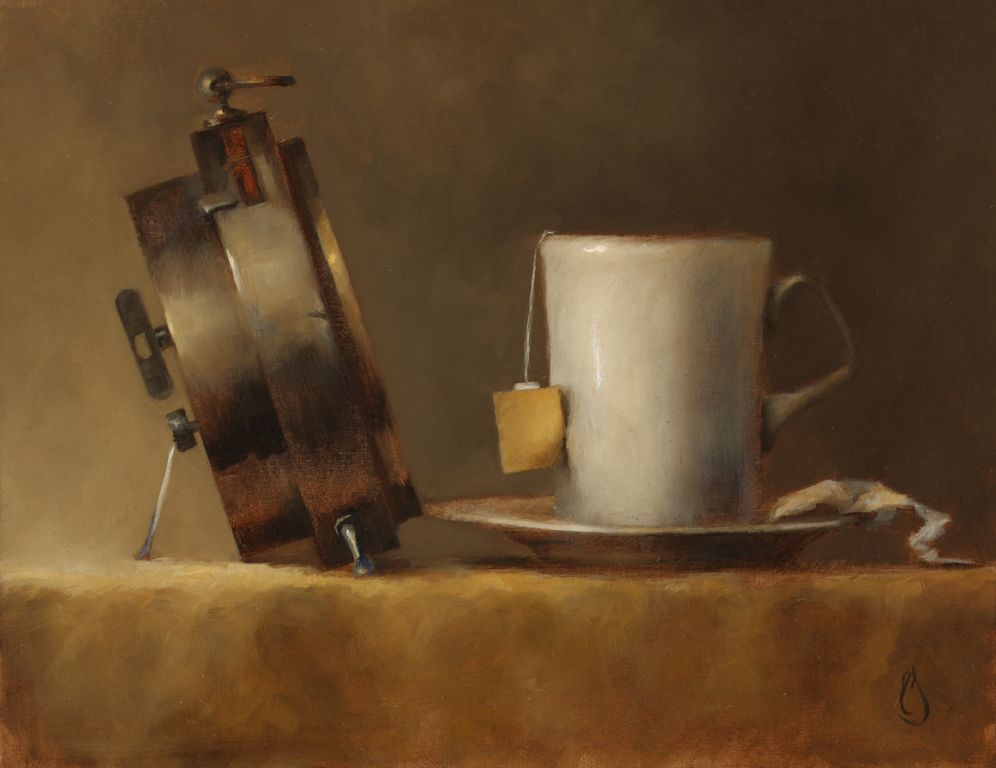 For some time even after her return from China, art remained an avocation for Erin—for her spare time—not a potential profession. That is until she got a job doing product research. All of a sudden, she could afford to take some classes at Gage Academy. There she met Juliette Aristides, who, as Erin’s website puts it, “provided me with a solid foundation and cemented my appreciation for this approach.” In addition to Juliette’s teaching, Erin has since attended workshops and courses at the Grand Central Academy in New York and Florence Academy of Art in Italy. Her style, known as Classical Realism, calls to mind—in both her art and life—the way curiosity about the natural world, a hunger for knowledge, and a hands-on craftsman’s approach to work combined in the artists of the Italian Renaissance. 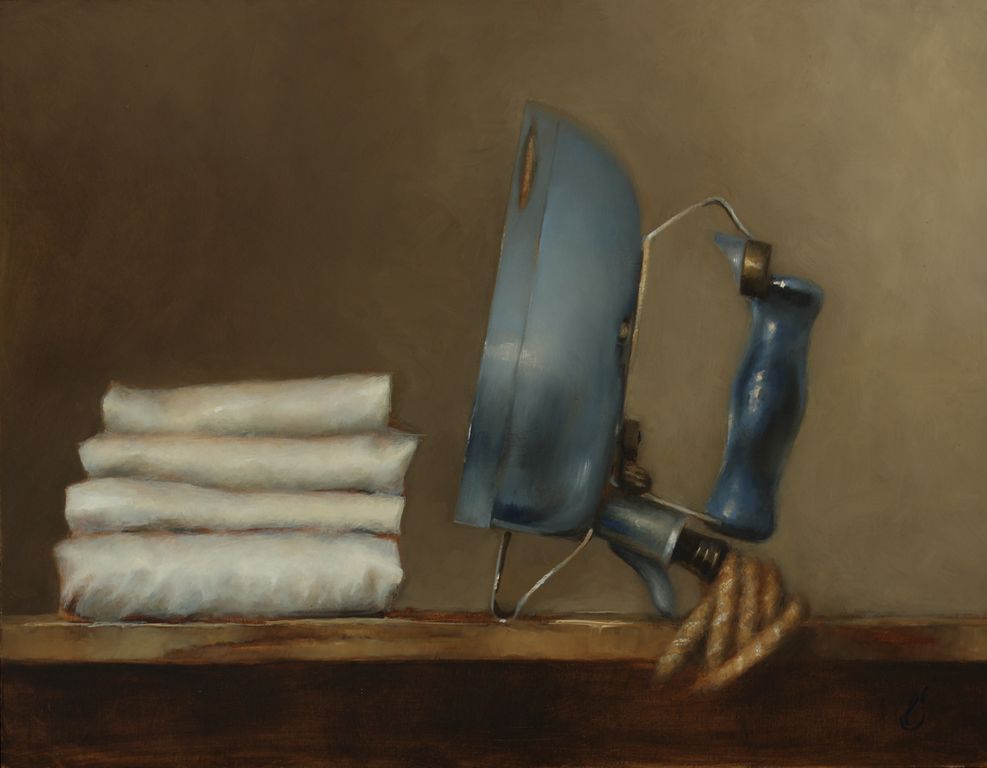 “When I’m not painting,” Erin says, “I feel as if I’m not doing what I’m supposed to do.”
But her life is packed with much else besides painting, and she clearly thrives on the heady mix of artistic/familial/technical-professional/building activities which fill it.
In 2004, Erin joined Launchbox—a successful product research company, which takes on jobs from Microsoft and Boeing, as well as independent projects—and met its founder, her future husband John. Luckily, and by good management, much of their research can now be done at home, where Erin also paints. The Vashon Island house they extensively remodeled themselves looks out at a fine view of the water. There, she, John and their just-barely-five-year-old boy (who luckily has a formidable attention span, especially for complex Lego constructions) amicably follow their parallel pursuits. Since Bodie was born, Erin has found it difficult to hire models—too hard to find a three-hour stretch of time—and has mostly used rather small canvasses. Whisking her paints from the freezer, “I paint where Bodie is, in the middle of the house, wherever and whenever.” She is fortunate to be the sort of person who can work “for five minutes or hours on end.” 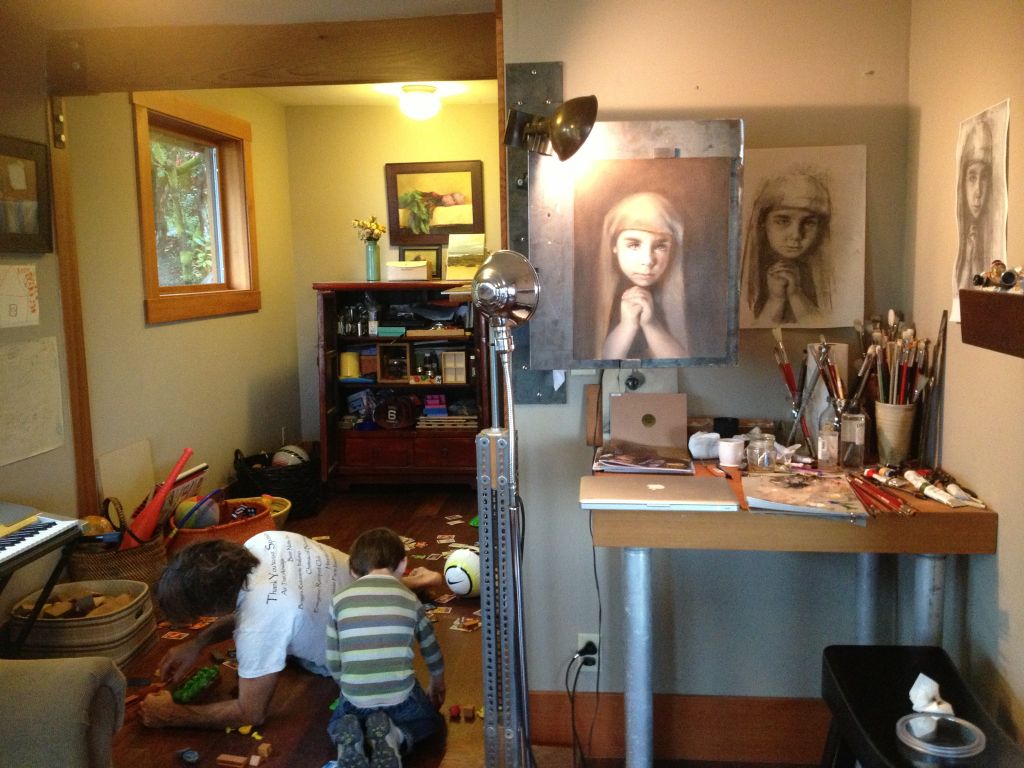 Her subjects now are family, friends, surroundings, and objects found about the house.

Meanwhile—as Erin enters her luminous paintings in national or international competitions for classical realist art and makes plan to turn the derelict garage into a studio where she can do bigger work, hire models, perhaps teach—her career and reputation as an artist steadily grow. 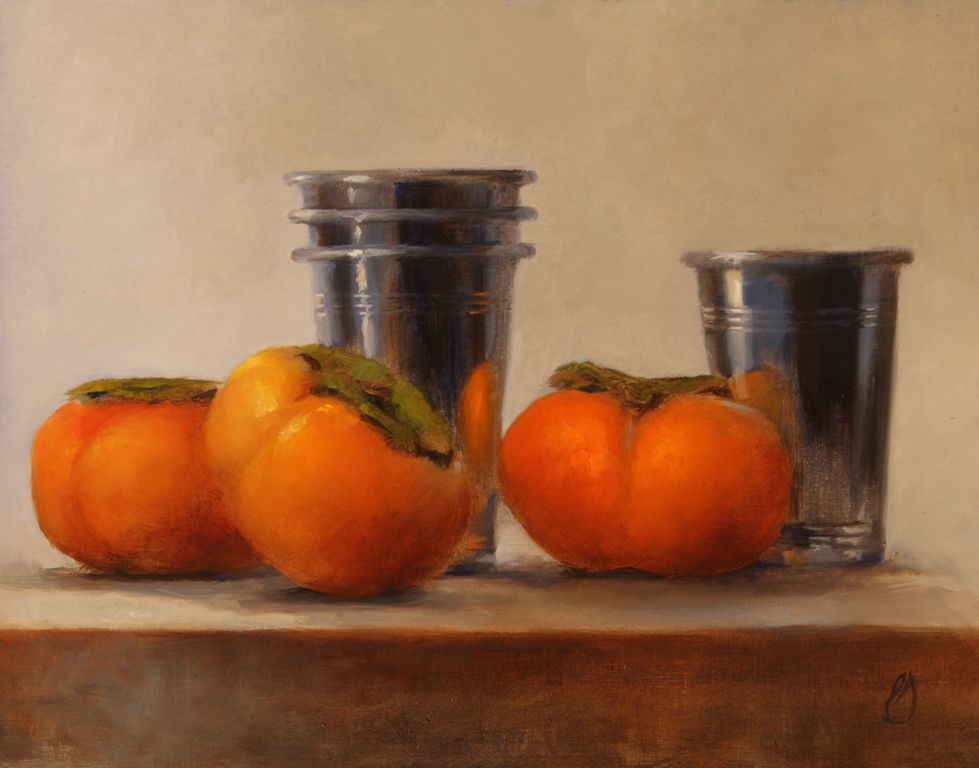 For more of Erin’s work, go to: http://erinlschulz.com