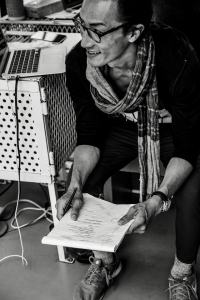 Growing up in Aomori, Japan. Yoshito Sakuraba saw barely any dance performance—”maybe one musical.” In Japan the eclectic mix of academics and learning to practice an art customary in the US is practically unknown. Only 2 or 3 colleges have dance departments at all. A year before he finished high school, Yoshito knew he wanted to go to the States—he had learned about all the arts opportunities in from a big book of American colleges.

So, at 19 years old, with the aim of learning English before anything else—speaking, writing, grammar—he embarked for the US, enrolling in a language study program in Concord, California with a home stay. He knew virtually no English when he arrived, but only remained in that program for about half a year. If he was really to immerse himself in American culture and learn the language well, he told himself, he needed to leave the safety of the local Japanese community. So, he struck out for New York City, staying in a motel for some weeks, spending a couple more weeks in a church and eventually moving into a rental apartment with 6 roommates. 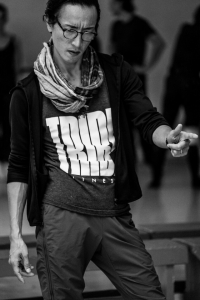 He began dance classes while a student on scholarship at the Manhattan College, taking all sorts of arts courses, such as painting and photography, as well as modern dance. And already, from the beginning, he was creating dances. “It pretty much happened at the same time” he was learning to dance, he says. “I did a few college choreography projects.” But at first, as he disarmingly confesses, “I had no dance skills whatsoever.” 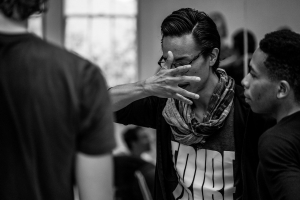 By his senior year, Yoshito had learned a good deal and, serious about dance by then, he considered enrolling in the Martha Graham School. On graduation, however, he knew that although he wanted dance in his future, it was not as a dancer but in connection with creating in various art forms—photography, installations, plays, films. He did freelance teaching and choreographing for various schools, garnering praise and prizes with companies and festivals in Europe as well as the US, and in 2012 formed his own contemporary company, Abarukas  (Sakuraba backwards), of which he is Artistic Director/Choreographer. 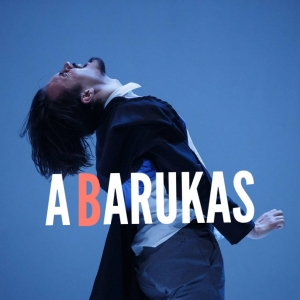 Yoshito has known about Whim W’Him from before the company began auditioning in NYC, and he became acquainted with some of the dancers. Jane Cracovaner danced with his company before joining Whim W’Him. He says he has wanted to be a part of Whim Whim’s Choreographic Shindig “for a long time.” When he applied, along with hundreds of other hopefuls In the spring of 2018, he was one of just 3 choreographers chosen by the dancers for the 5th iteration of this very special yearly dance event at the Erickson Theater. Yoshito spent the summer this summer in Italy, in Rome and 3 weeks in Michigan before coming out to Seattle, which he finds very appealing city.

The same with Whim W’Him’s dancers. Despite the declaration on his Abarukas company website that “We create the next level of contemporary dance juxtaposed with storytelling and keep audiences on the edge of their seats,” the new piece he is currently creating for Whim W’Him is, in Yoshito’s words, “not a narrative piece, but quite abstract.” He talks about how he approached making this new work: “I started with an image, like when you start a painting—a little bit of planning, a color…”

In the Whim W’Him studio, he was inspired “by 7 beautiful dancers” and wanted to do “something intimate—I use the dancers’ bodies to tell a story. That is the core of the piece: darkness, abstraction, intimacy.”

“The piece has a narrative in a sense as I always tend to create a little tension between dancers to my work. The piece is about a shift of emotions or state of being through one’s experience over conflict.”

The music for the earlier sections of the piece is by The Haxan Cloak, a British composer, often described as “dark and spooky, carefully constructed with heavy bass and drone metal.”

About Yoshito’s new dance work he says, “The piece is titled Laurentide, the 2 miles thick Laurentide Ice Sheet, which covered most Canada and the northern US and slowly melted over a period of 10,000 years and finally disappeared 10,000 years ago. It weighted down heavily on the earth, and the earth tries to spring back as it melted down. Thereby some parts of Canada have a lower gravity than the rest of the world. In a way, I find this Laurentide as a perfect conflict or balance between two states of being.” 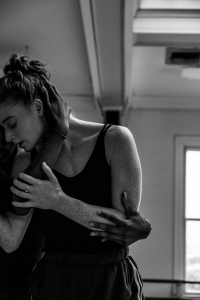 For the music of the last part of his new piece, Yoshito is using the work of composer Laurent Uhres, originally from Luxembourg, who now lives and works in Warsaw, Poland. Yoshito found Laurent on Instagram, and they have worked together in creating a 6 minute film which will come out in September or October of this year. ‘Together’ is a relative term, however, as they have never met in person and only communicated, mostly through emails, from afar. The music for Laurentide is from an existing score called No Way Out. “It gives a great comparison,” says Yoshito, “to the previous sections of the piece.” And there is the serendipitous similarity of name.