This post starts a series of new profiles on Whim W’Him’s dancers, to be rolled out across the spring. During the week of each Behind the Scenes Dancer Feature, additional photos and interesting or amusing facts about the featured dancer will also be posted on Facebook and Twitter.
JIM KENT – Quirky. Individual. Expressive. 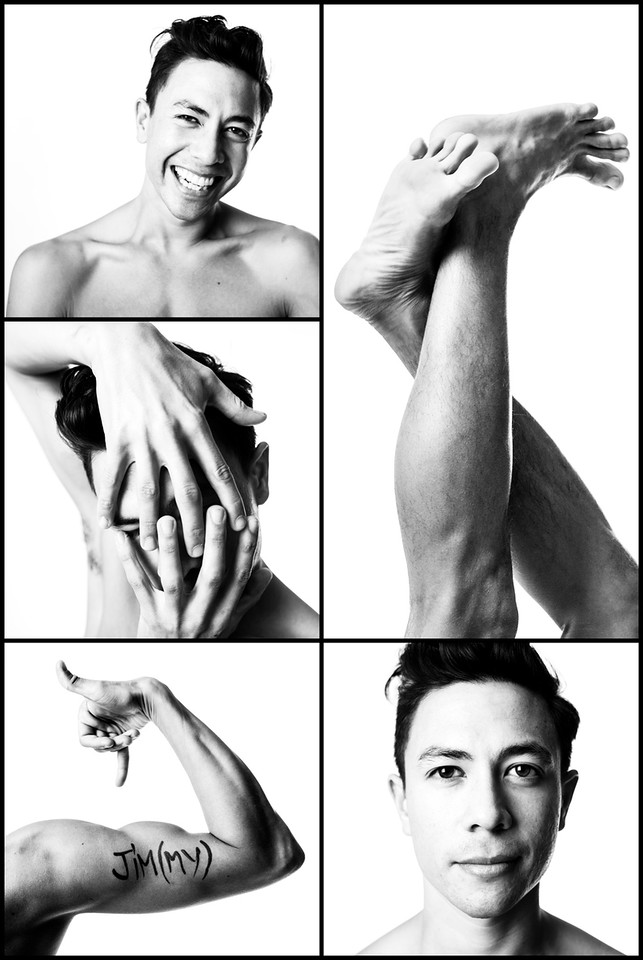 We start with Jim Kent, who danced in the first Whim W’Him production, at the enigmatic center of 3Seasons, “as the human and observer. Overcome by the need to own, to possess, he is the red thread tying us all together, experiencing our journey simultaneously as protagonist and witness.” 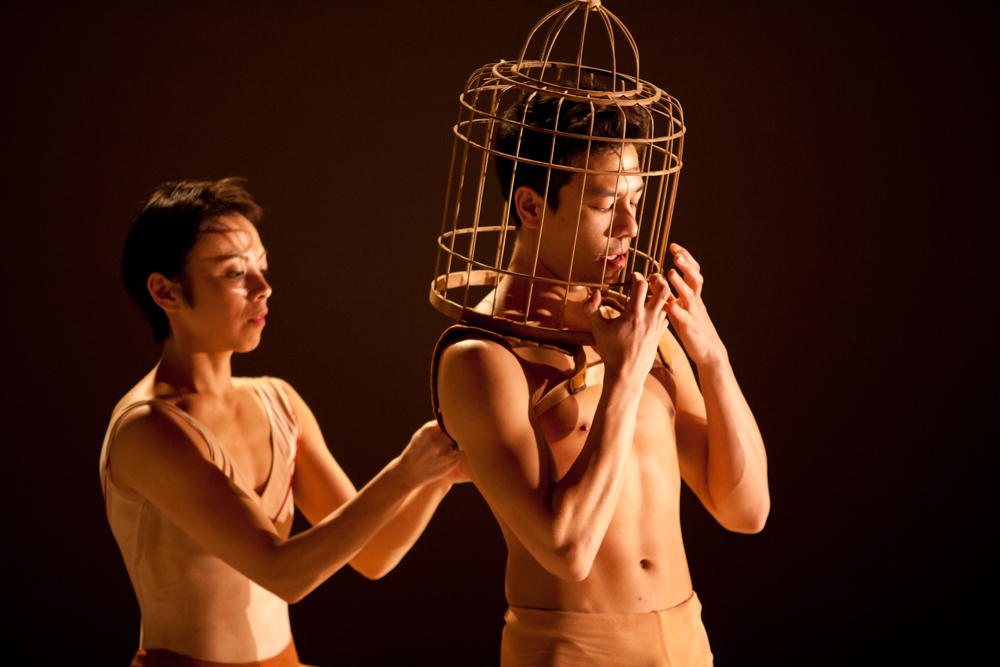 The single dancer still performing with the company, Jim is a thread that connects the very first Whim W’Him performances at On the Boards in 2010 with Whim W’Him today. He is also, to change metaphors, like a balance wheel or hairspring for the company.* 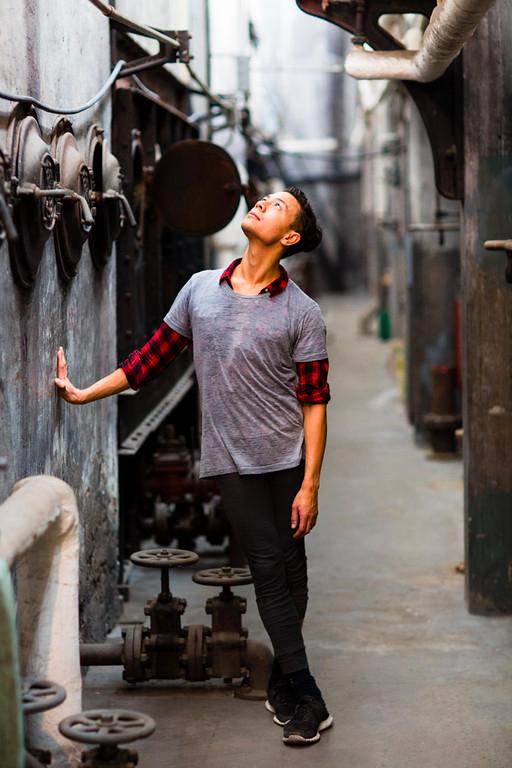 Perhaps the first thing one notices about Jim when he appears on stage (or in person) is his calm face. When I asked him, a while back, “What needs to be in your life?” he said he had been talking to Whim W’Him dancer Mia Monteabaro at brunch “about something like this: always the importance of balance.” As an independent dancer, he knows intimately how exhausting it can be to be unemployed one minute and inundated with work the next. Now on contract with Whim W’Him, he says he has “a more organized block of time. It’s more restrictive, but also more concentrated in time and energy.” 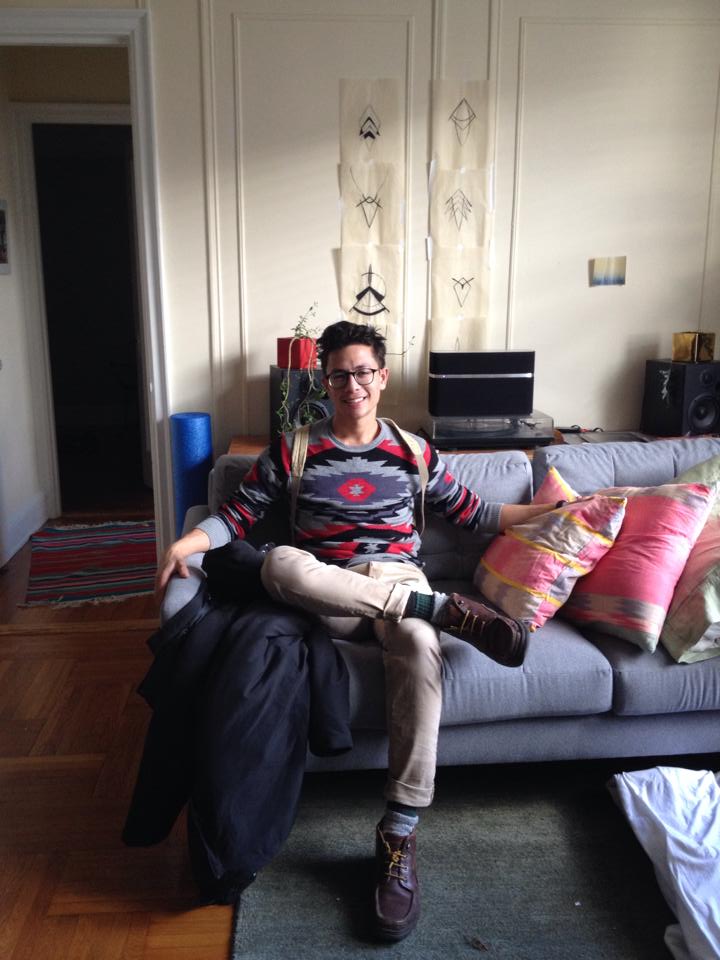 Jim finds it essential to fill his life with both active and quiet periods, “taking part in a diverse array of activities, playing piano to clear my mind, setting aside downtime, being accountable for my own self-preservation.” 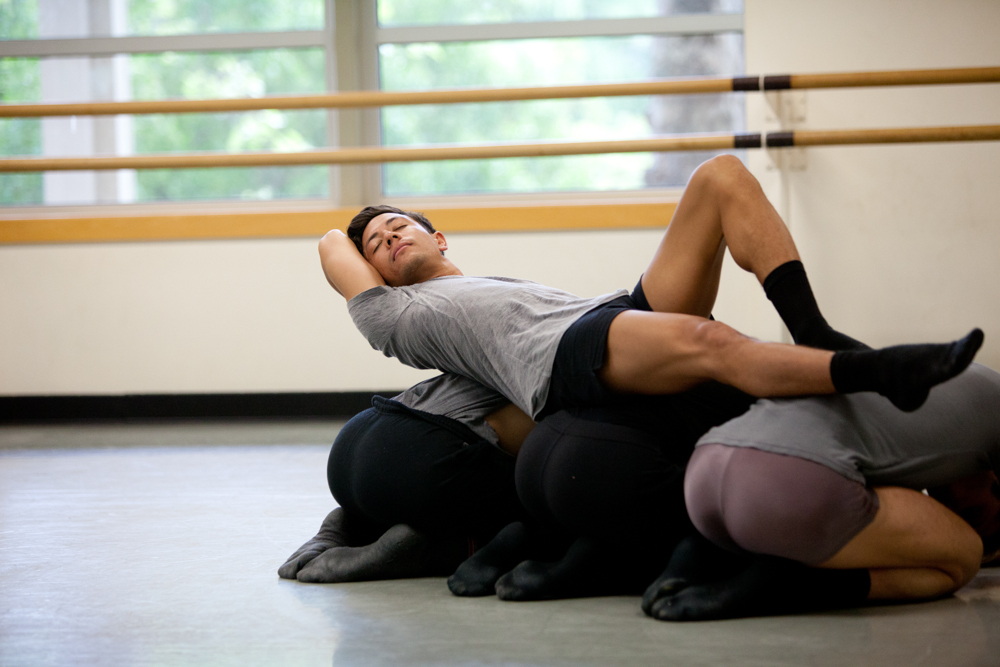 “Some people,” Jim remarks, “have a priority, the artistic or the practical. For me, I’ve learned that being financially stable is necessary. If I’m not taking care of myself first, my art suffers and I start to resent it. You need to know yourself and what makes you thrive, what helps you develop as a person and artist.”

And whatever the circumstances, “when it comes down to it, it’s for love of movement.”  Jim’s curiosity and willingness to try new things has exposed him to diverse styles of dance and other forms of performing art. He has a great sense of artistic adventure and fun and has worked with Dayna Hanson, Saint Genet, Mark Haim, and Cherdonna Shinatra, among others. The process of improv-based pieces, like new year new you, created by Loni Landon for Whim W’Him’s Threefold this past January, intrigues him. 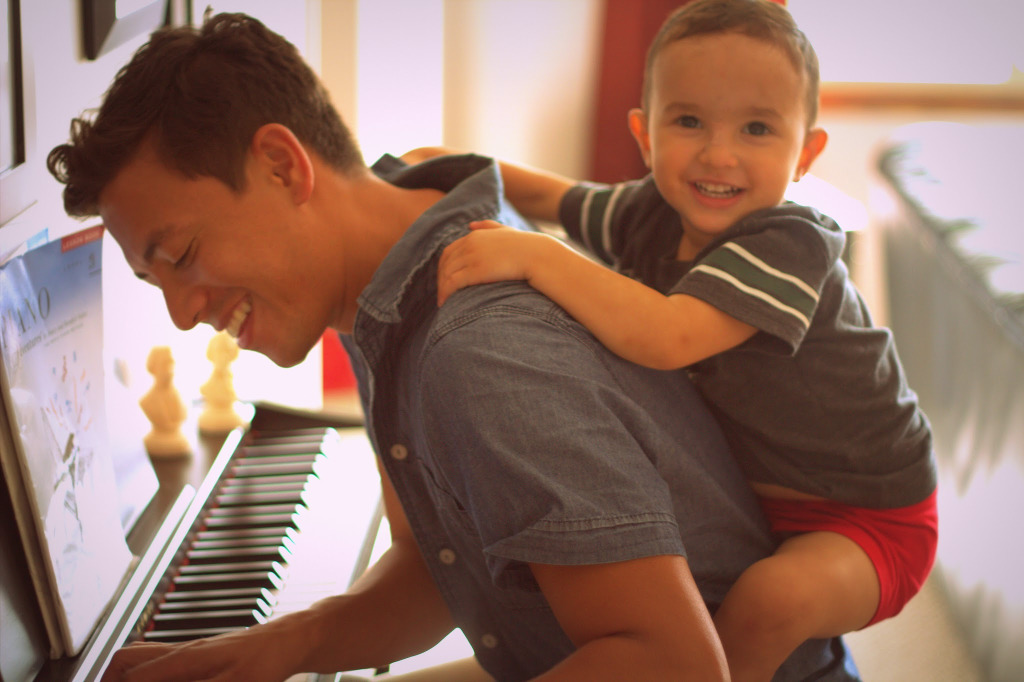 Jim is, as well, very musical. He’s a serious pianist with the urge to begin writing original music (and an amateur violin player). Recently, he has been accompanying some Pacific Northwest Ballet classes. He auditioned and is now on their roster. He’s played for former PNB principal dancer Julie Tobiason’s open class and liked that a lot, “blending music and dance. Piano is a huge part of my history. I like to make it copacetic with dance.” But then, he adds, “You need to find time to do a lot [of accompanying ballet class] to make enough money, so back to the whole scheduling problem.” For that reason, he mostly now thinks about it as something to do “after I stop dancing”—he pauses a beat and smiles— 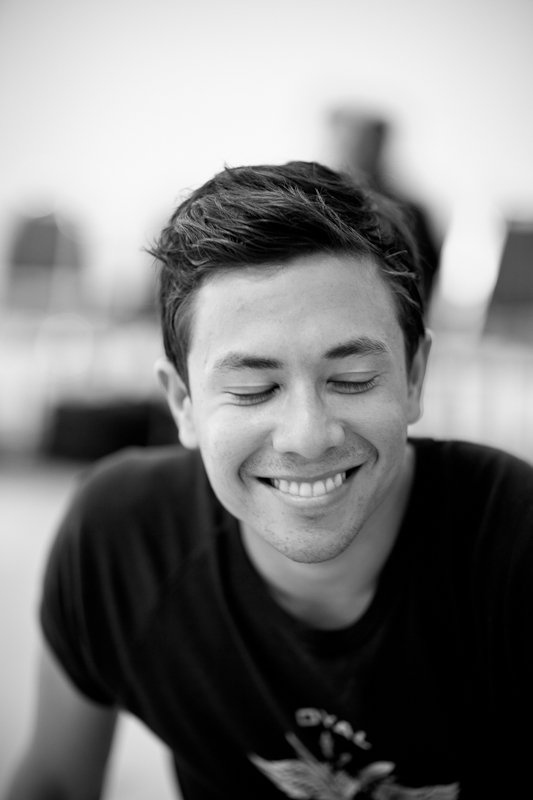 “if the creation bug doesn’t bite me. I’m more interested now in choreography than 2 or 3 years ago. Seems natural. You work as a dancer with different choreographers, seeing different things, and think ‘I’d do that differently.’” Jim says “I never had an extra voice talking like that until recently. You see the choices being made. That’s probably where it begins. Like a refrigerator being rocked until it falls over…” 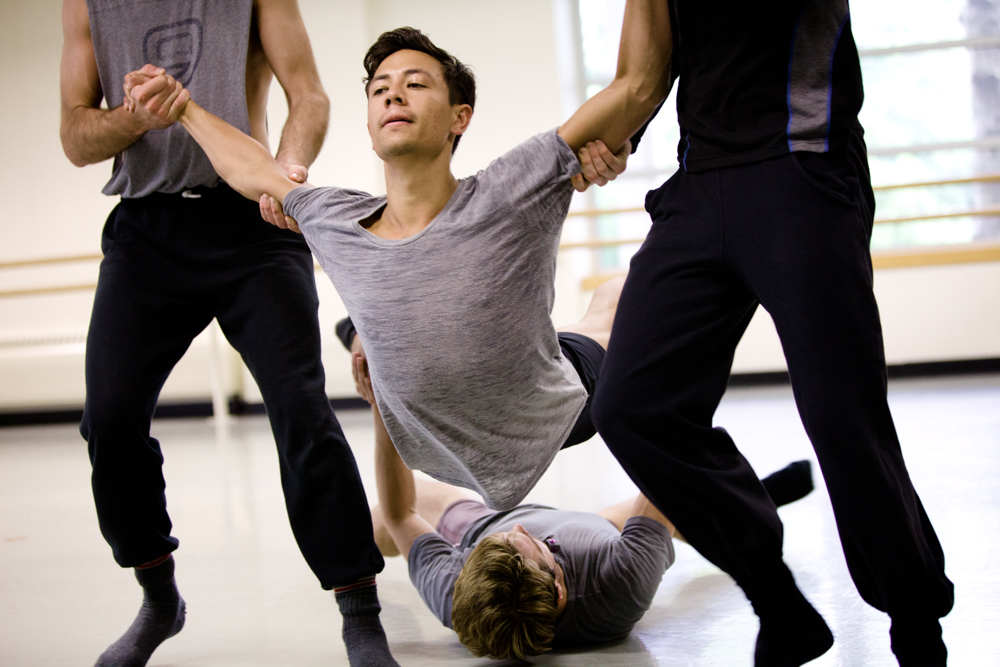 And in fact, this spring he is working with his partner Dylan Ward, who did the soundscape for new year new you, on an evening-length work for Gay City Arts – Season Two. (Calamus Auditorium. April 9th through 12th.) “It will be underground, new, raw, in a very small intimate space,” Jim says, “primed for new, developing works.” He and Dylan have done duets together before, including a 12 minute one called Dogged, “about following, trying to become what you love” for the Mo-Wave! Festival last April at Velocity Dance Center. 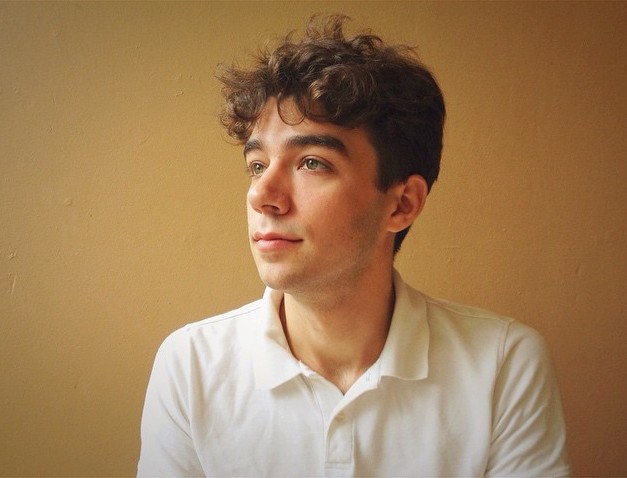 Their new creation, which might be “40, 50 minutes, an hour long,” will have the same name, “But what we are doing now is a completely new piece—feels very open and fresh.” It’s something of a challenge, too, since the two choreographers are partners in life as well as dance and “don’t like everything the same.” Gay City Arts. 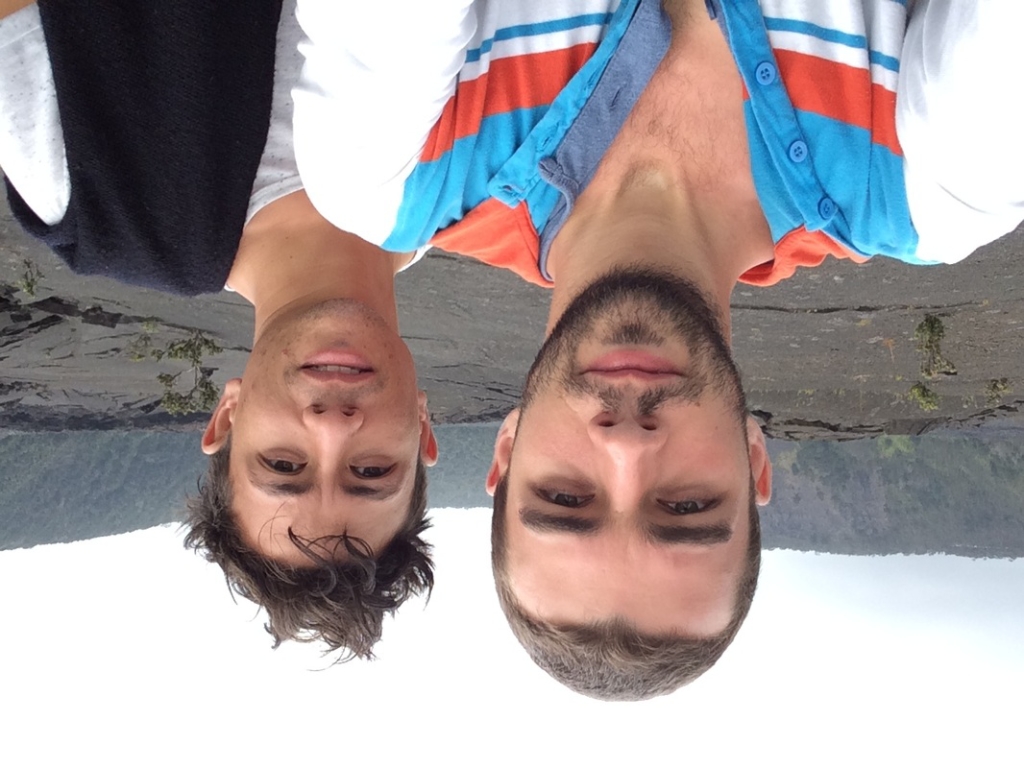 But they both love experimentation, and Jim relishes the opportunity for them to prove themselves and deepen their understanding of relationships “even when he’s not aligned with me artistically.” Together they both contribute and benefit. Finding a balance. 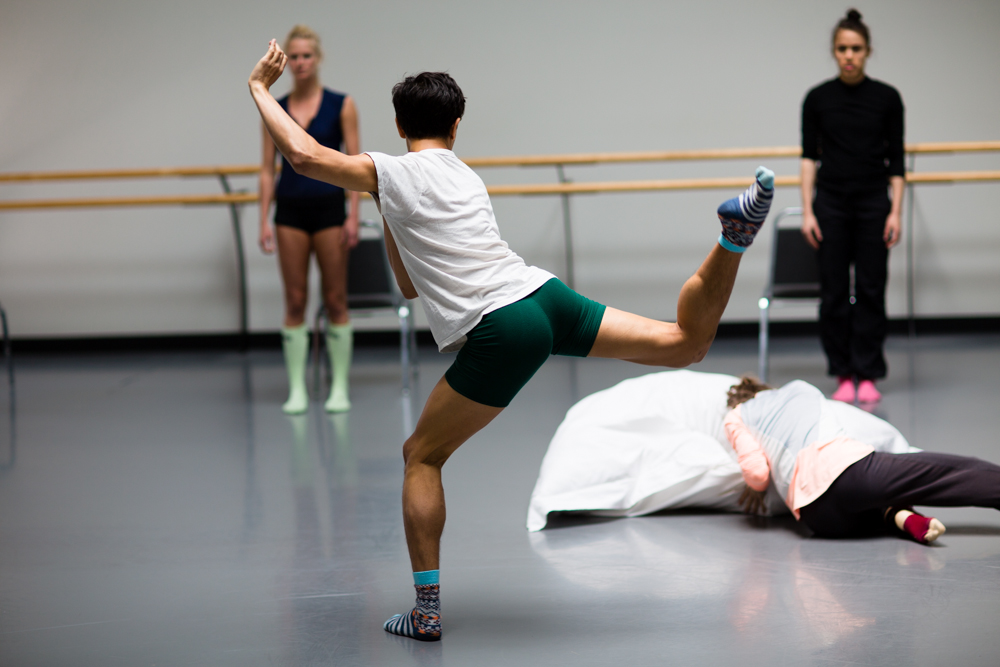 Previous Behind the Scenes posts on Jim Kent: